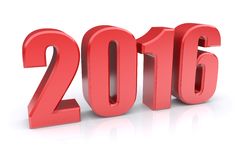 The year 2016 marked my transition to European life. After ~10 years mostly spent in Asia and the US, I moved to the Netherlands. It’s been a terrific year, both personally and professionally. The new location in Europe offered great new opportunities for travel around Europe, with new adventures in places I’ve never been to before, like Serbia, Poland, Portugal, and Luxembourg, and many more explorations in good old favorites, as well as some time to revisit my old homes of Taiwan and Hong Kong in Asia and a few summer weeks in Japan.

I spent the newyears around Rotterdam in the Netherlands. Had a chance to catch some film festivals in Heerlen and Eindhoven, with exhibitions and ice festivals in Leige.

February was Carnival season in Maastricht and the area. Had my first visit to gorgeous Portugal in Lisbon and Sintra.

My parents came to visit me in the Netherlands and we took some daytrips in the nearby German, Belgium, and Dutch area and celebrated the holidays in Amsterdam. Also caught a docfest in Louven, and discovered the lovely Valkenbourg area near Maastricht.

Had a change to visit Frankfurt and Warzburg in Germany, as well as a weekend trip to the lovely Den Bosch

June was a busy month, mostly with visits to Poland, touring Poznan, Warsaw, Gdansk, and the terrific Opener music festival in Gdanyia. Somehow also managed to do a department day trip, catch Pinkpop, visit Tel Aviv for a few days, and do weekend trips to the nearby Bonn, Dinant, and Namur.

In July I revisited my old home of Hong Kong, mostly for work, but had some time to explore a bit more. After that went to a conference in Nagoya Japan.

Escaping the Nagoya heat, I made my way to Hokkaido in the north, and explored the gorgeous Japanese natural scenery and culture, based in Sapporo. After that, made a short stop in my old home of Taiwan, with lots of nostalgia.

Had a bit of rest in September, with short visits in the Netherlands (Tilburg).

Met my family in Venice for the holidays. Had quick trips to Ghent, Dusseldort, and the UK.

Got to see Berlin for the first time, with visits to Paris and Luxembourg.
My little sister came by, and we spent some time in Cologne and Brussels.

Got to see more of Spain:

I have another year to go in Europe, and I’m curious to see where I’ll end up afterwards and what the next location will be. Either way, new adventures coming up, definitely something to look forward to.