My trip last summer to Sapporo was completely unplanned. I was originally planning to tour the Nagoya area following a conference, but the scorching heat of 35-38c had me looking for cooler alternatives, and Hokkaido seemed like a good alternative. And so, when I arrived in Sapporo, I had absolutely no idea what to expect. I came into the city, found my hotel, dropped my bag, and headed out to see what I can find. To my great surprise and pleasure, I ran into no less than three festivals taking place the night I arrived, all of them terrific fun and fascinating cultural experiences.

First off was the Sapporo beer festival taking place in Odori park, with several blocks of different Japanese beer companies setting up beer gardens and food stalls and thousands of loud excited half-wasted Japanese drinking beer late into the night. I knew Japanese liked beer, but I had no idea how much. There was no way I could compete with any of them, and the Japanese girls seems to do as well if not better than the Japanese guys in holding their drinks. I haven’t seen this much beer flowing ever, not even in the German Oktoberfest.

Second was the Bon Festival, and I’m not even sure how to describe it, you’ll have to watch the video below. Basically you have large circles of Japanese folks dancing around to traditional moves demonstrated by ladies in Kimono. If that wasn’t enough, that night the main street was shut down for traffic with the whole block serving the Japanese competition for group acrobatics dance. It’s the first time I ever watched this kind of sport, and I must have spent two hours watching these kids do remarkable things.

Lastly, there were some temple celebrations I couldn’t quite follow. Gods were carried around in the streets of Susukino by half naked men chanting and dancing around in some ritual and logic I couldn’t follow. I’ve seen some temple craziness in Taiwan and Hong Kong, but this was different, it was less of chaotic mess than I’m used to and very well decorated and curated. I followed a couple of those around the streets till I grew tired. I think they went on the whole night, and I’m still not sure what this was about.

Ready for some photos? here’s a bit from my strange Sapporo festival walk the first night arriving in Hokkaido… 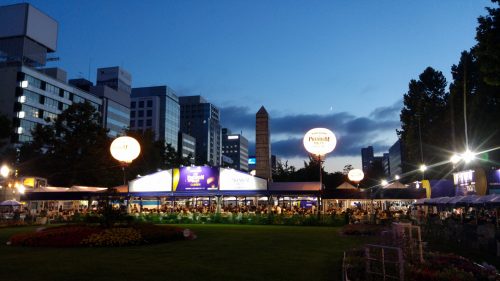 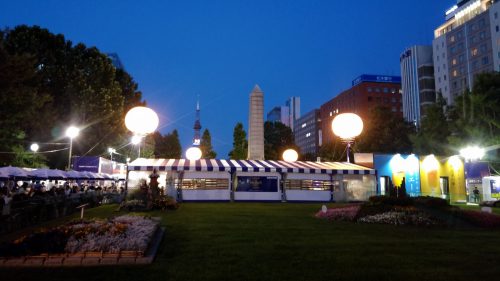 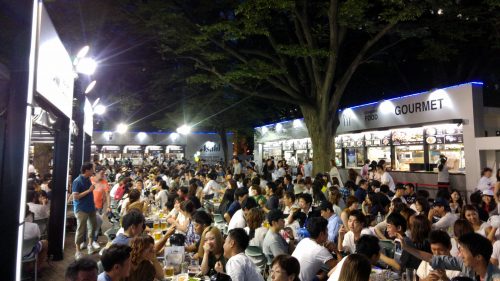 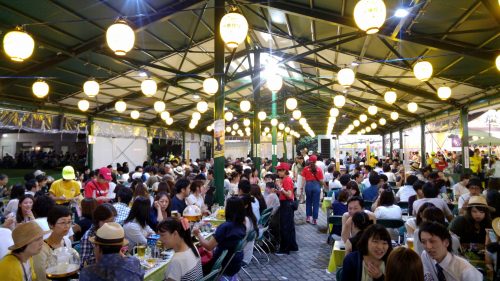 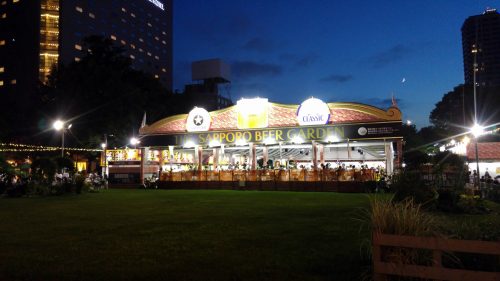 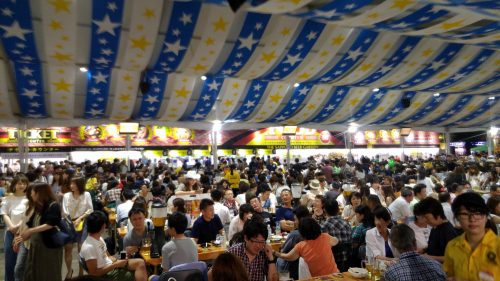 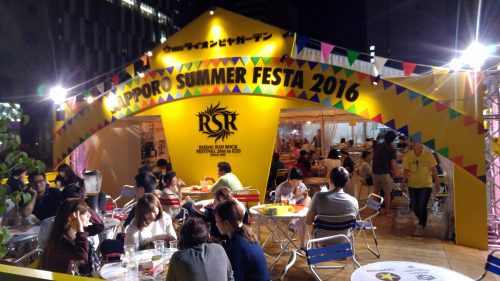 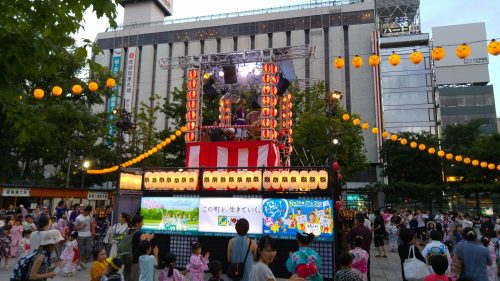 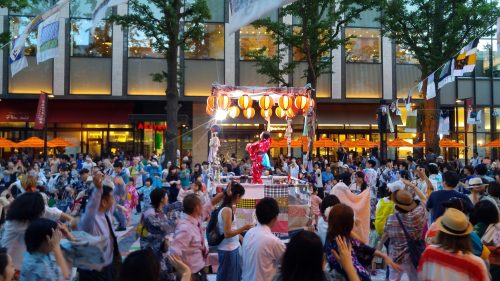 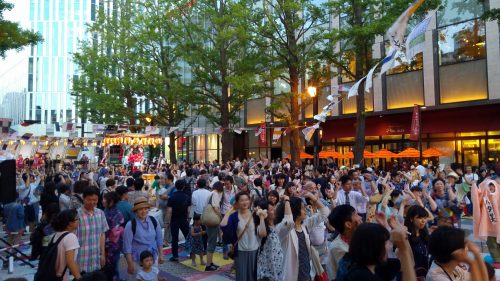 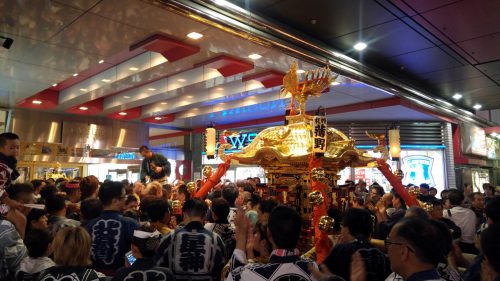 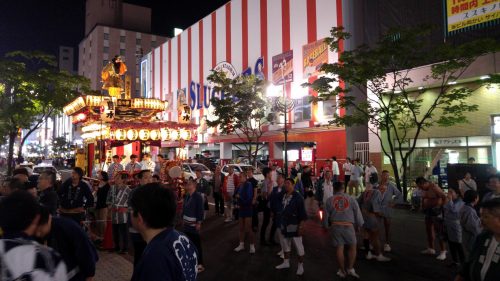 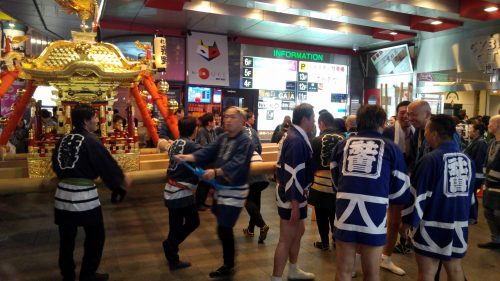 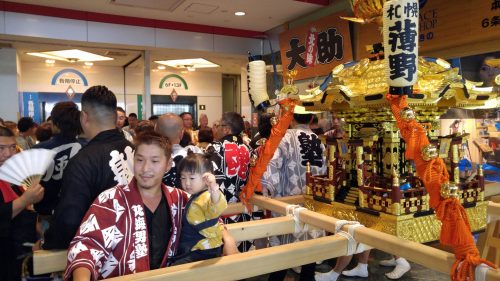 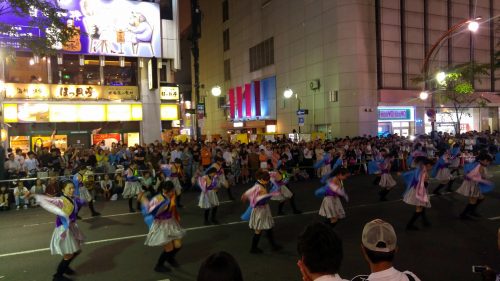 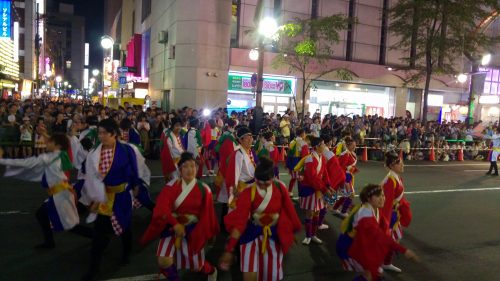 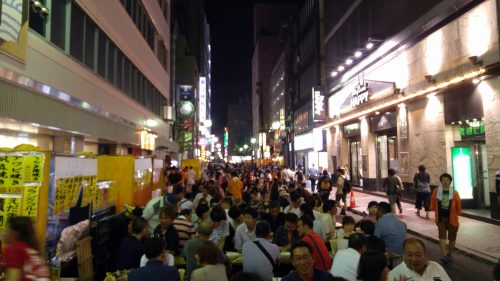 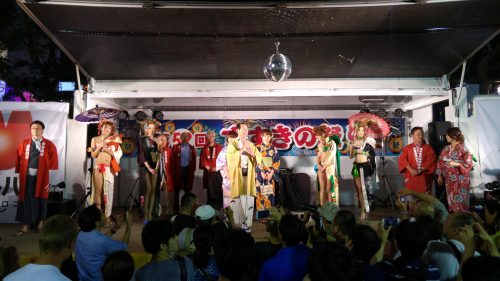 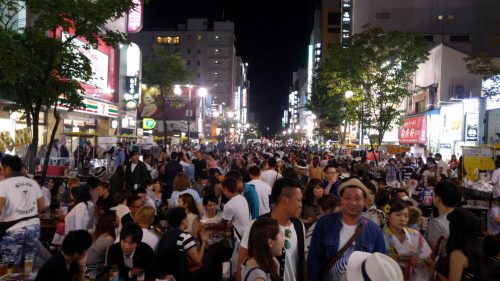