20 minutes from Maastricht towards the east is the hilly area of Valkenburg, with some odd attractions. Turns out, that the uncommon Dutch hills were used for all sorts of strange ventures. In some instances, local entrepreneurs just dug the hills for building materials and through that created a large array of underground tunnels, later to be decorated by local artists and monks. I visited 4 such attractions in Maastricht and Valkenburg, and I think there are a few more I haven’t been to yet.

But there is one array of underground tunnels that is different than the others. Turns out about a hundred years ago one millioner decided he wants to make an exact replica of the Roman catacombs. An -exact- replica. So, in Dutch Valkenburg, you can get a tour of ancient Roman catacombs and hear of the remarkable history of these places and those who lived in them and maintained them. To make it even more surreal, the original tunnels in Rome have since been mostly destroyed due to natural and man initiated events, so this replica now serves as a historical record of what the catacombs used to look like.

You need to book English tours in advance, but I was lucky since when I came in unexpectedly there was a trainee who was looking to practice and he was willing to go with me in the back and translate to English. Not only did he have great English, but because this was one of his first times guiding he really talked allot about all sorts of remarkable details. It was a real funky underground tour, I honestly never expected something like this when I came in to tour Valkenburg.

Shall we go in and explore a bit? 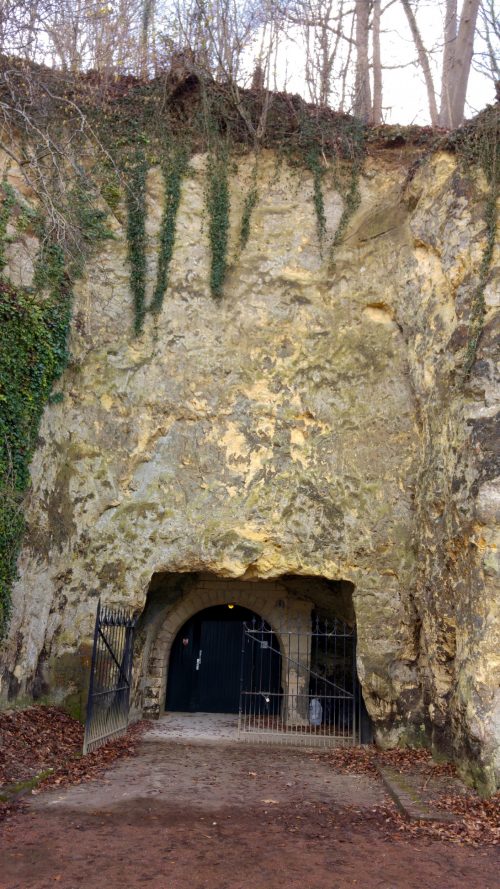 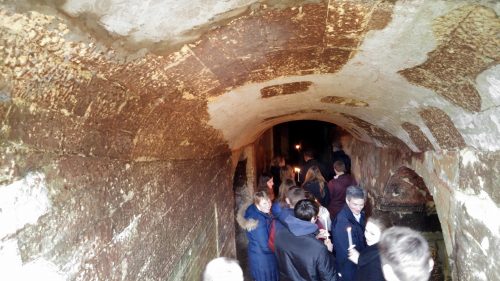 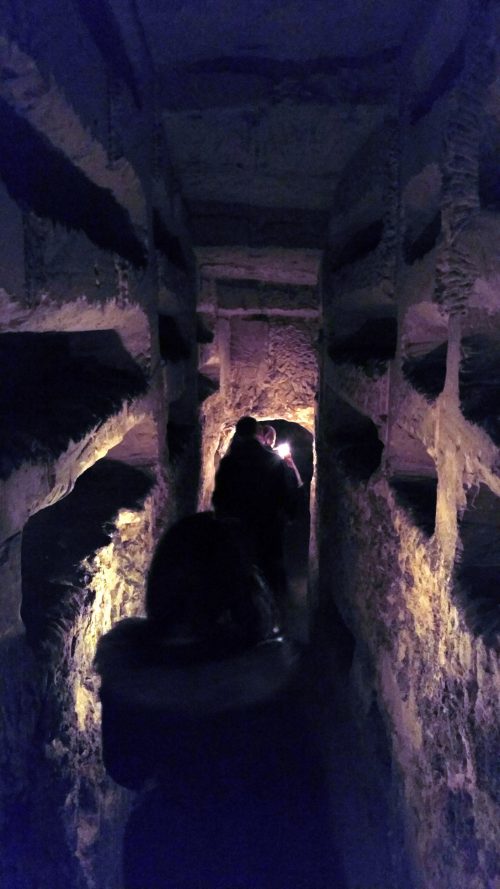 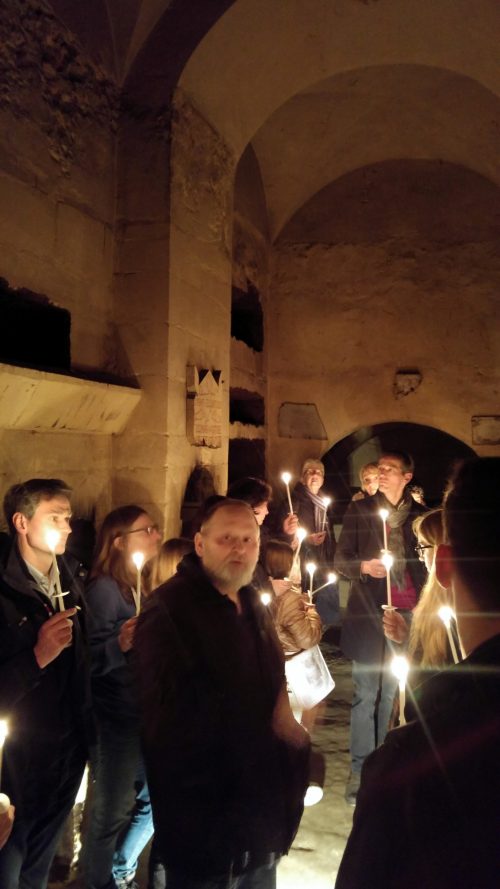 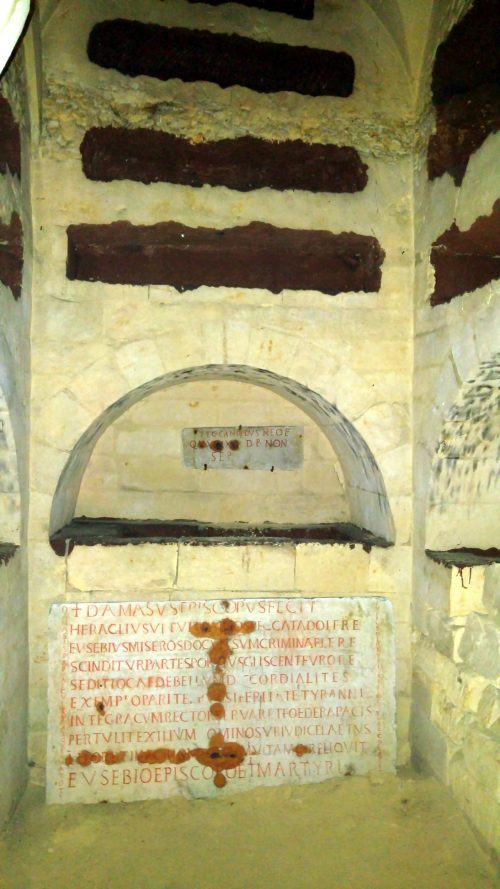 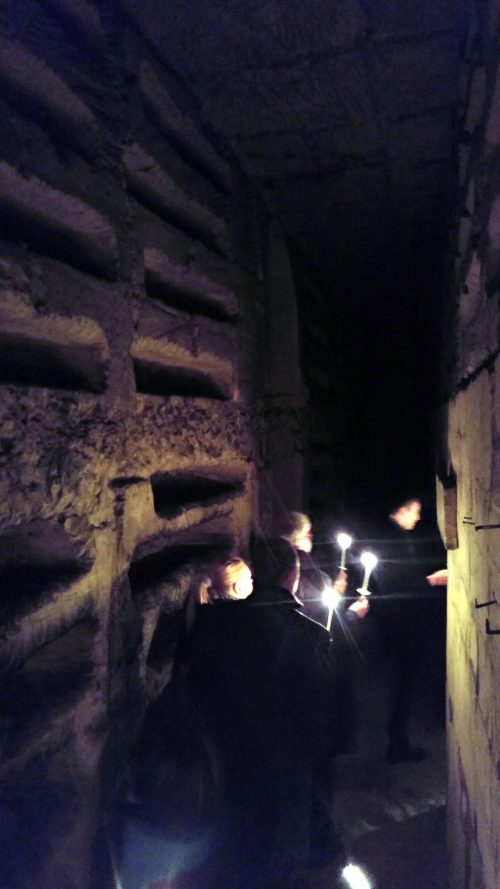 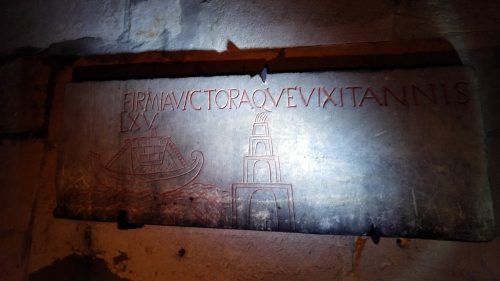 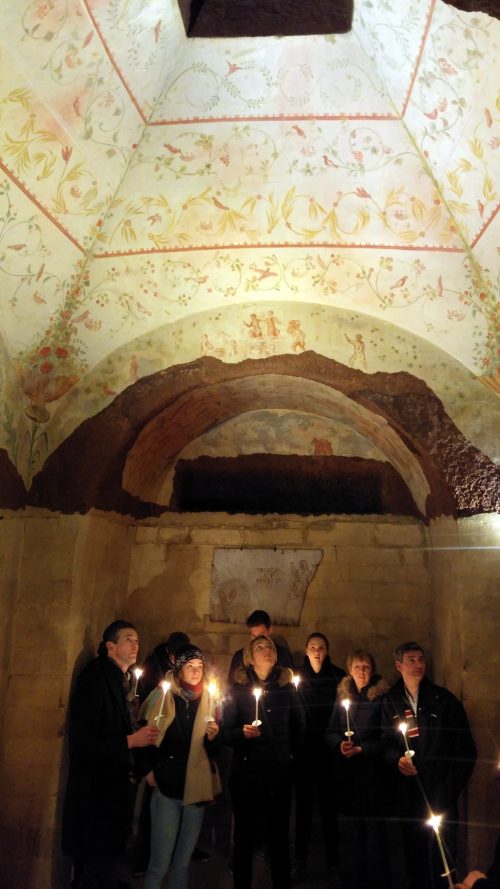 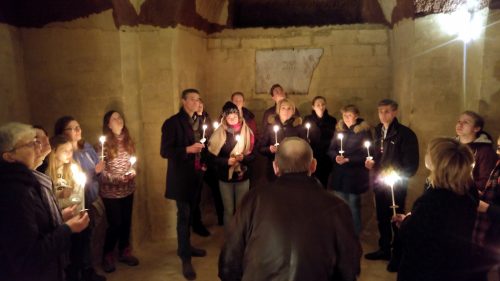 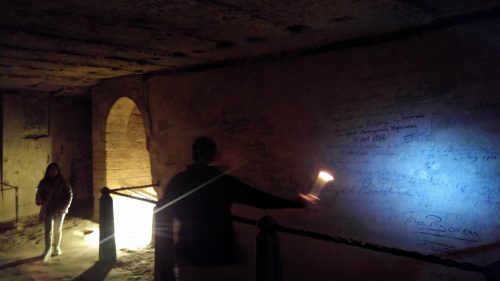 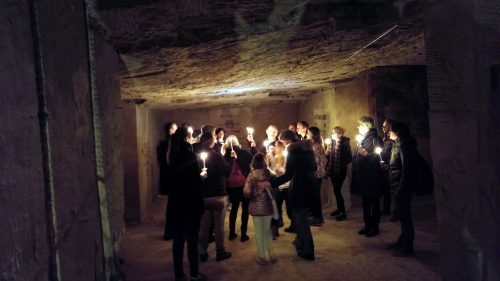 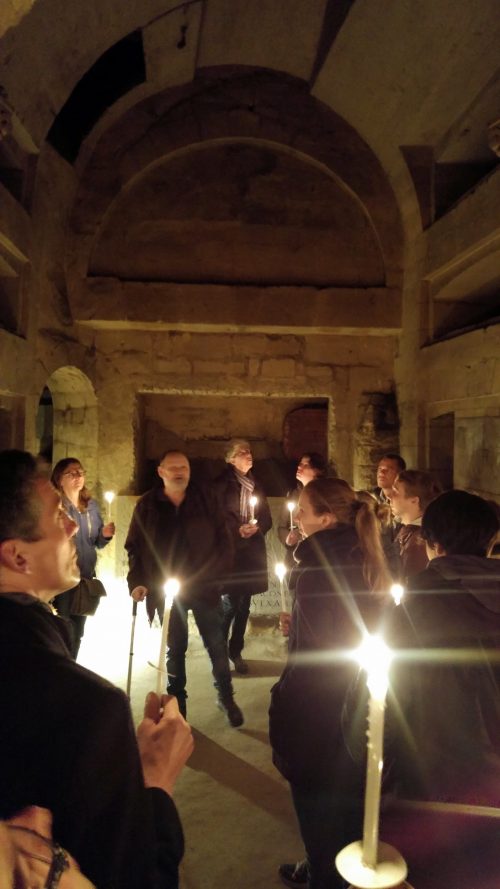 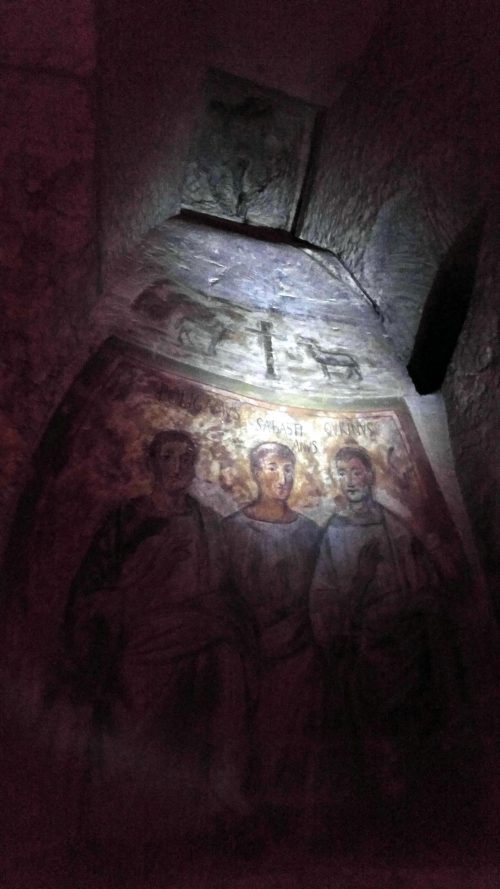 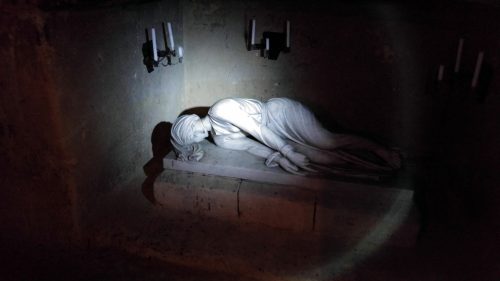 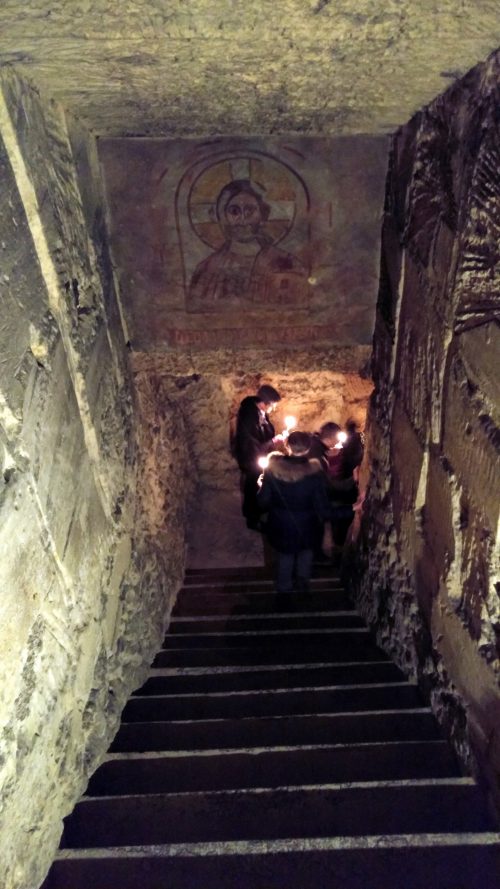 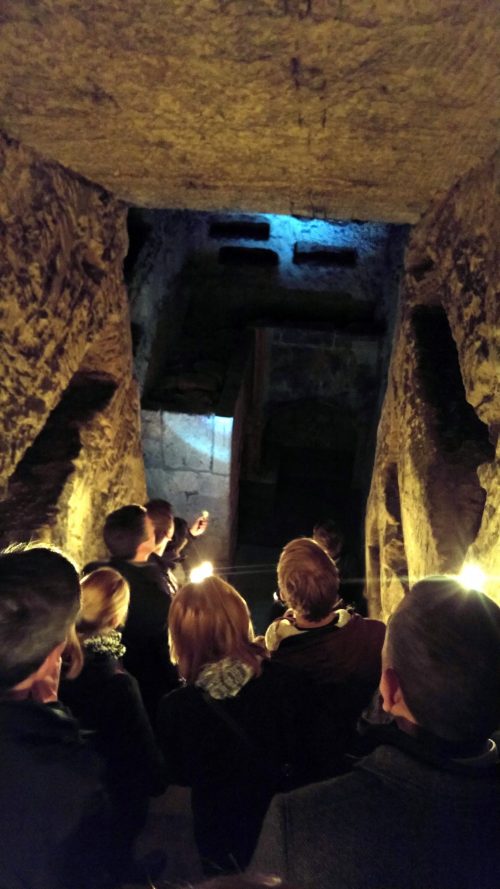 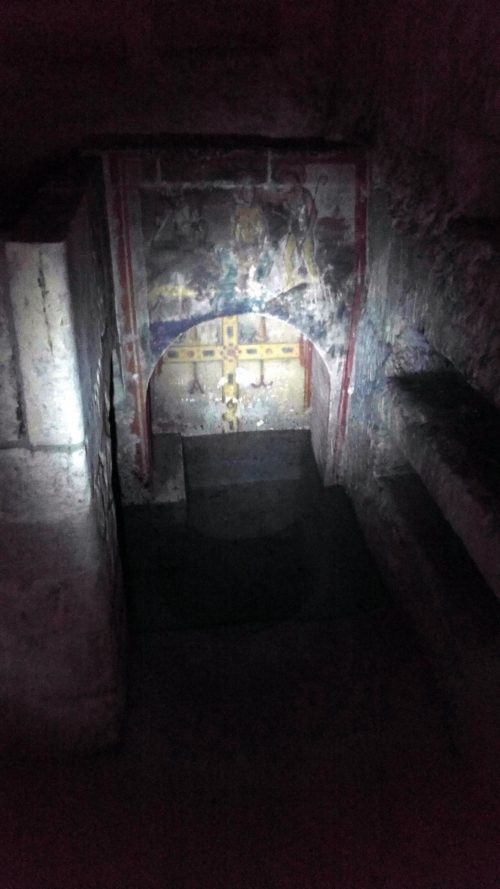 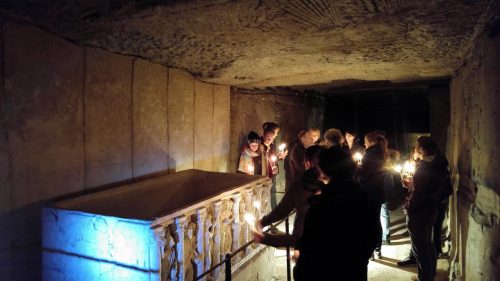 Funky stuff in Valkenburg. I would consider this is a must do when visiting in the area, but if you want English it would be better to call ahead and book an English guide.