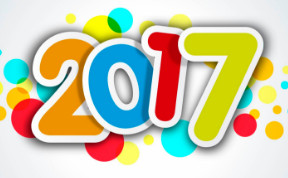 The year 2017 was very hectic summing up my 2 years European experience and finally ending up back in Asia. It’s been a crazy year, both personally and professionally. I like Europe very much, and was hoping to stay longer, making the most of the opportunity to travel across the continent and experience new cultures, with plenty of places I have not been to before. I was also able to travel more to Central America transitioning between jobs, and get to do more adventurous things, in comparison to the European ease. The next year will probably bring new adventures in Asia, after having been away for 3-3.5 years.

January was a quiet winter month in the Netherlands, with a short visit to Israel. In February ventured to Hong Kong for about a month.

Before returning from Hong Kong I made a stop at fascinating raw Burma. Later that month had a conference week in the gorgeous Vienna in Austria. Also had a chance to see more of Brussels in Beglium.

Toured Europe in quest for the next gig, so had a chance to visit Switzerland for the first time. Later that month spent a wonderful week touring Sicily with my family for the holidays.

Joined an interesting conference to explore roots in Poland. Went to the UK to give a talk and revisit old favorites.

Mostly spent in the Netherlands…

And abit of Luxembourg

Had a quick visit to Israel with a conference trip to gorgeous Spain.

Tried to explore as much of the area near my based in the Netherlands as possible. Had a chance to visit the UK again.

Area of the Netherlands

October was the beginning of insanity, trying to see as much as I can in Europe before leaving. Saw more of the Netherlands and Switzerland with first time visits to Romania, Lithuania, and Greece

In November I had a month to go and explore Central American. Saw Cuba, Costa Rica, a

December marked my transition back to Asia life. Mostly figuring my way arranging my new life in Hong Kong.

After wrapping up two years in Europe, I’m now curious to see what new trips my base in Asia will bring. Either way, new adventures coming up, definitely something to look forward to.