Lots of funky underground tunnels all over the Limburg area around Maastricht. I previously wrote about the remarkable Roman Catacombs in Valkenburg and the Fort Sint Pieter and underground tunnels Maastricht, and today I’ll mention two more, and there’s another that I’ll write about later on, which is a bit more unique.

If you’re visiting Valkenburg and the Valkenburg Castle, there is one more set of underground tunnels you can take a guided tour through just underneath the castle. Once you’re done with the grand views of Valkenburg from above, make your way down and find the entrance to the caves “Fluweelengrot“. Guided tours leave regularly on weekends, although many of those tours are in Dutch and so if you want an English tour you should call ahead and see what slots are available.

The second is very close to the other tunnels I mentioned near Fort Sint Pieter, but on the eastern side. They’re different entrances to the same basic tunnel system, but the two are quite different and so the tours and explanations are also different. I’ve taken both, and if you’re lingering in the area, I highly recommend you do that as well. Since I did the first one, I thought of making a bit more out of it, and so I combined it with a “boat tour” which is basically a very crowded tourist boat that picks you up from the center of Maastricht and takes you to the tunnel area. On a nice day, when it’s not too crowded, it could be nice to chill on the boat deck with a beer, but that day it was too loud with too many people and I felt like I could have done without it. Your call, but the tour was very nice, and was complementary to the previous tour I did.

Ready for some funky underground tunnels and art work? 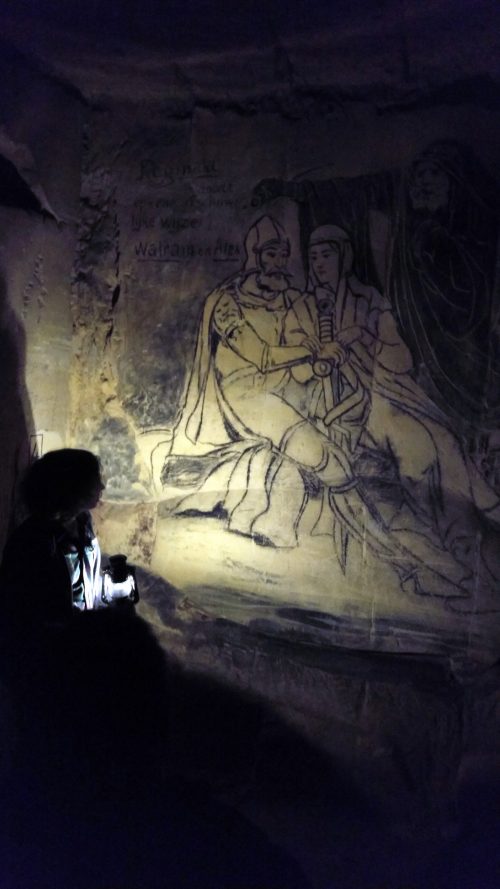 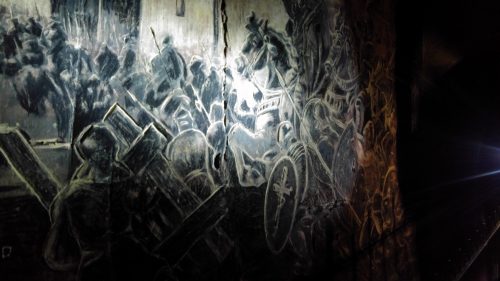 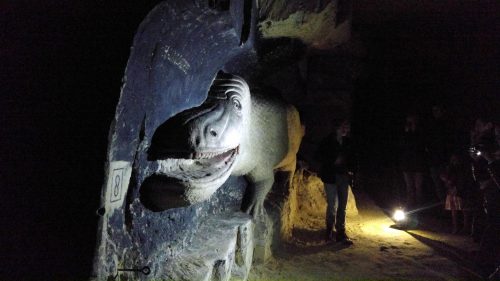 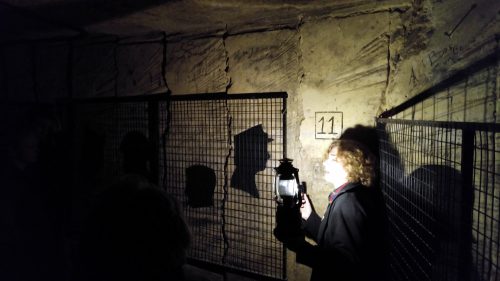 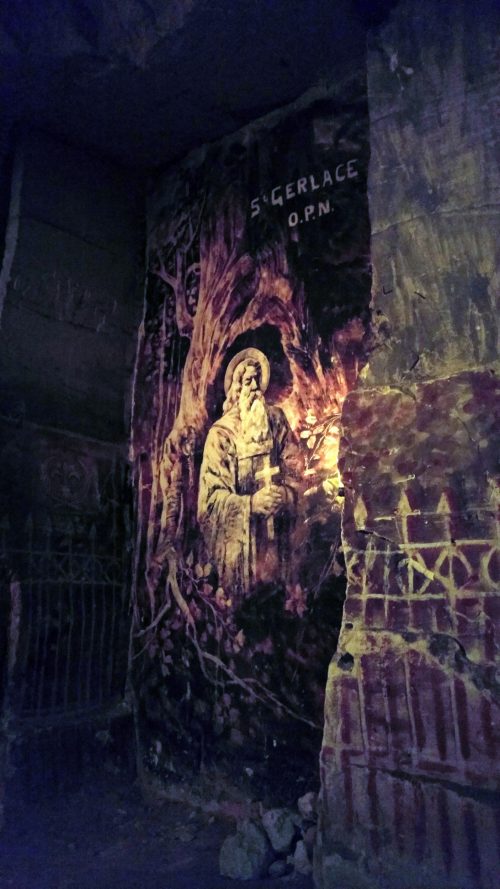 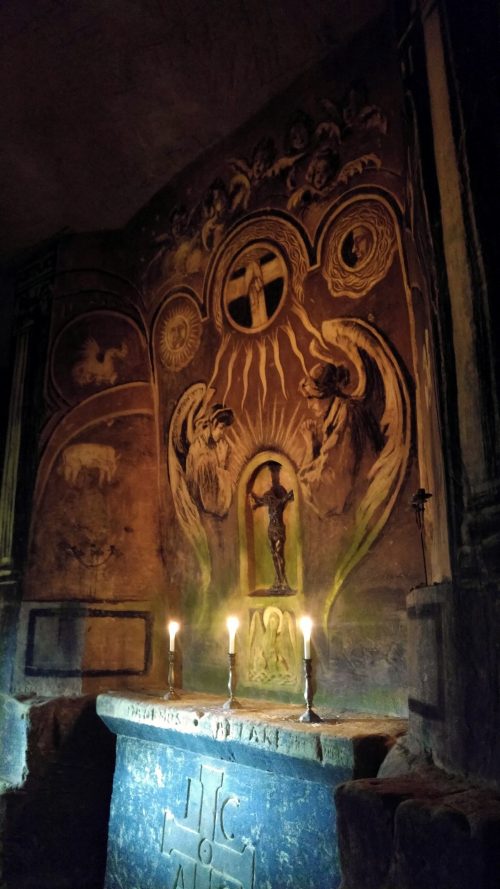 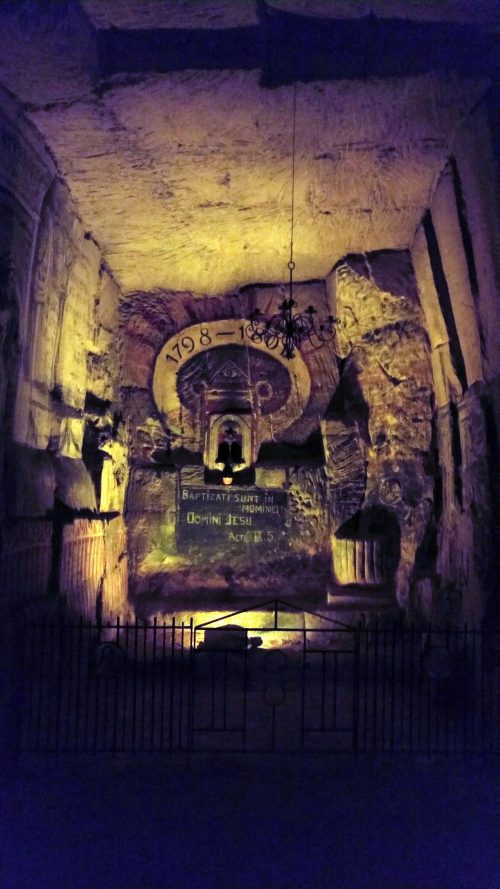 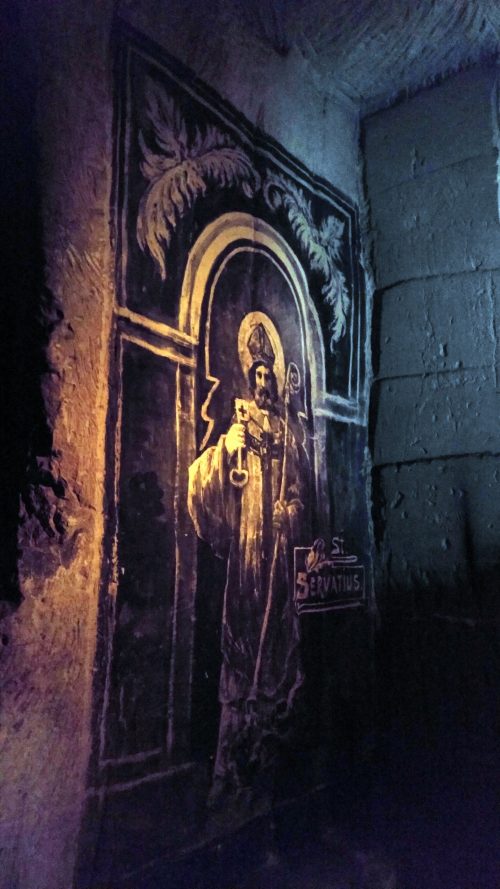 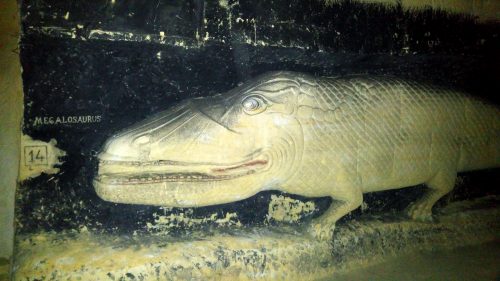 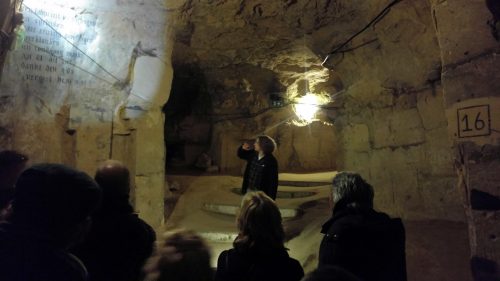 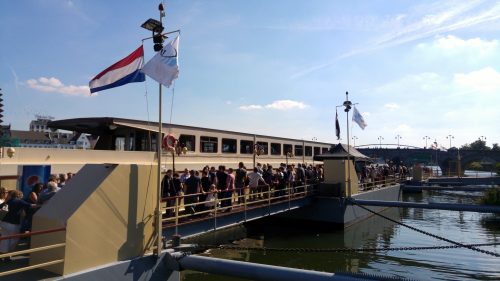 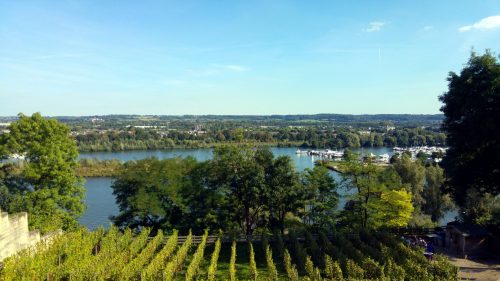 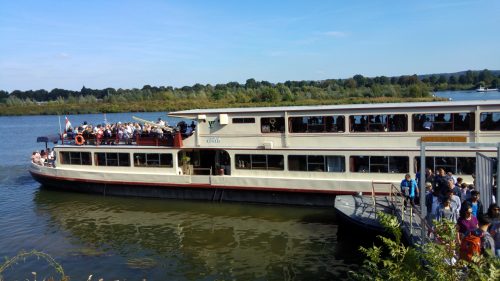 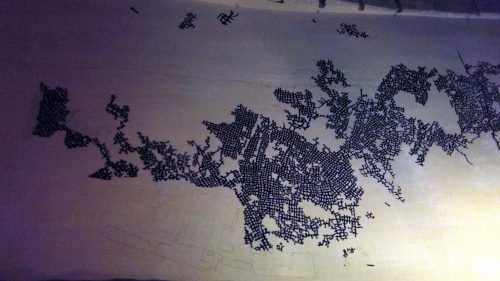 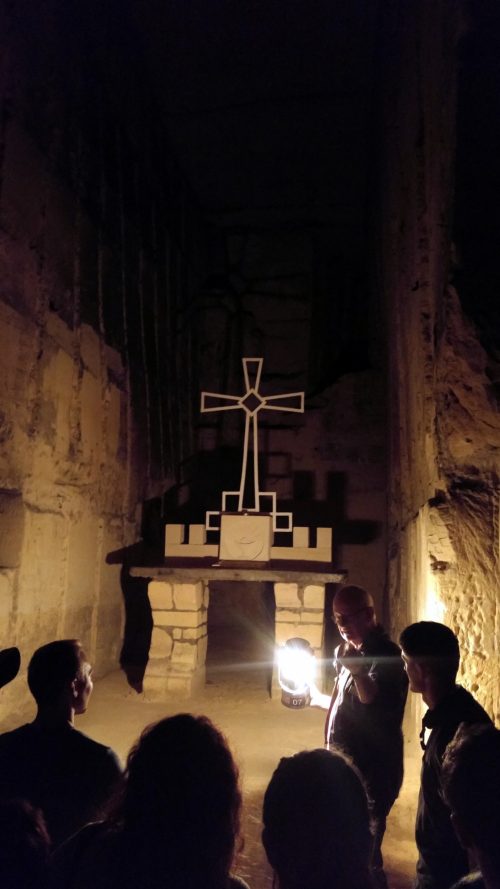 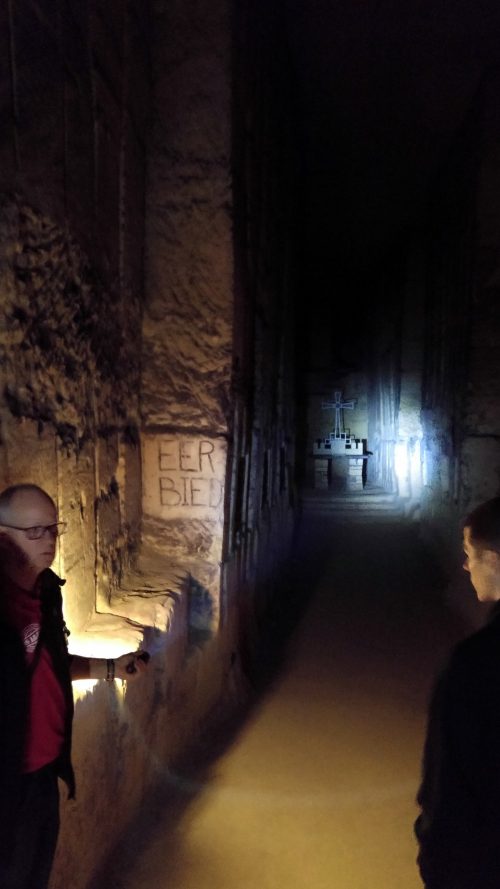 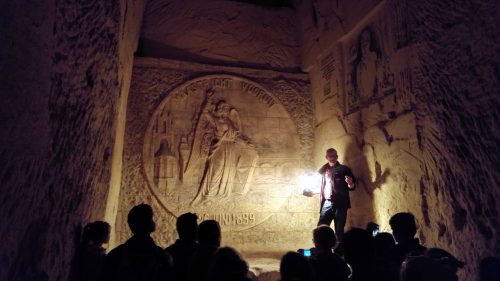 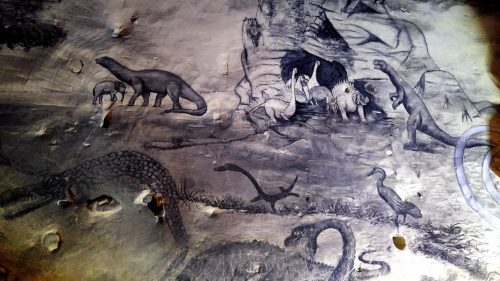 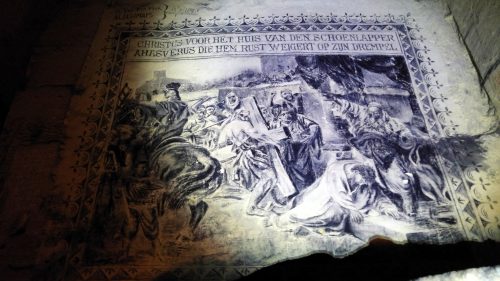 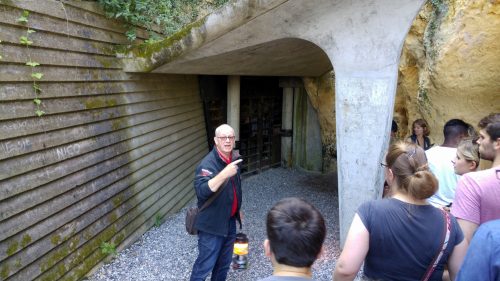