In my last visit to Amsterdam to visit colleagues and attend a seminar at the wonderful UvA business school, I stayed overnight near the campus. Little did I know that the area north to UvA used to be the old Jewish area of Amsterdam, with rich history, and vibrant community life, that ended tragically during the world war. So I went to the three sites that are open to tourists – the Portuguese Synagogue, the Jewish Historical Museum, and the Holocaust memorial monument.

I’ll start off with the Portuguese Synagogue, a center of the local Sephardi Jewish community, dating back to the 17th century. The synagogue is still active today, and still refrains from any use of electricity, which means that everything is lit in candlelight and there is no heating system. It’s open for the general public, though there is some security, and you’ll need a ticket, which is combined with the other Jewish sites in the area. 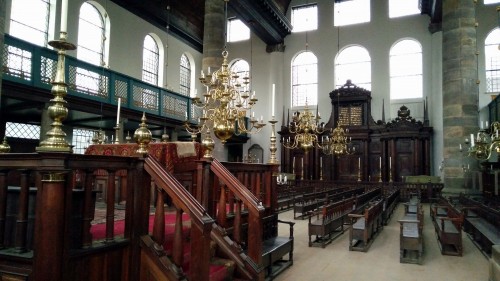 In 1492 Spain expelled its Jewish population. Many who fled to Portugal were nevertheless forcibly baptized after 1496. More than 100 years later, their descendants – victims of the Inquisition who wished to live as Jews – began to arrive in Amsterdam. At that time the Dutch Republic was at war with Spain, so to avoid being identified with the Spanish enemy these refugees from the Iberian peninsula called themselves ‘Portuguese’ Jews. During the seventeenth century large numbers of Ashkenazi Jews arrived from Central and Eastern Europe. They soon formed the largest Jewish community in Amsterdam and Holland.

There were originally three Sephardi communities: the first, Beth Jacob, already existed in 1610, and perhaps as early as 1602. Neve Shalom was founded between 1608 and 1612 by Jews of Spanish origin. The third community, Beth Israel, was established in 1618. These three communities began co-operating more closely in 1622. Eventually, in 1639, they merged to form Talmud Torah, the Portuguese Jewish Community of Amsterdam  which still exists today. Portuguese Jews played a significant part in the cultural and economic development of the Dutch Republic. Moreover, they enjoyed a freedom of religion unique in Jewish history. The community produced rabbis, scholars, philosophers, artists, bankers as well as founders and trustees of major international commercial companies.

When Nazi Germany invaded Holland in 1940 there were around 140.000 Jews living here, a majority of them living in Amsterdam; of these about 4.300 were Sephardi Jews. The synagogue was left undamaged. Why is still a mystery – it was certainly an exception in occupied Holland.
After the war there were only some 20,000 Jews left in Holland, about 800 of whom were Sephardi. At present there are between 20.000 and 25.000 Jews in Holland, around 15.000 to 20.000 of whom in Amsterdam. The Portuguese Jewish community had in 2011 about 600 contributing members who live, like most of the Ashkenazi community, outside the Amsterdam city centre.

I was the only person there, which meant I could spend as much as I wanted to tour around and take photos from every possible angle… 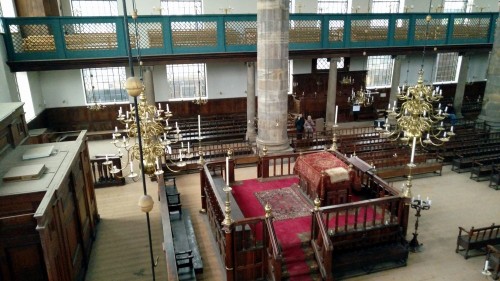 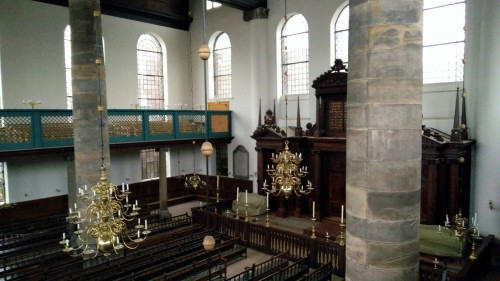 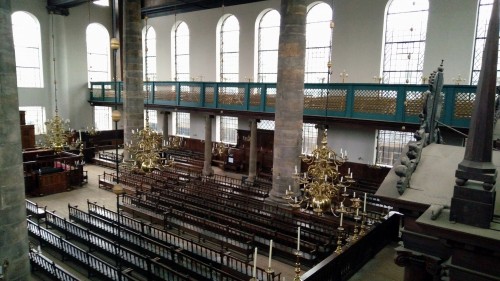 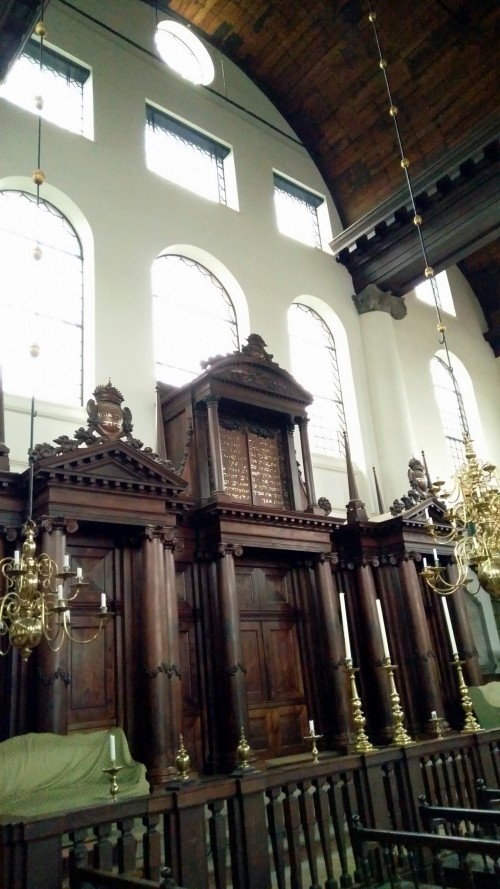 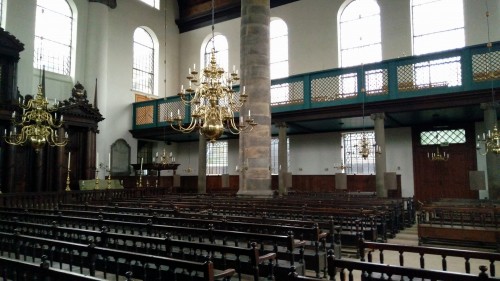 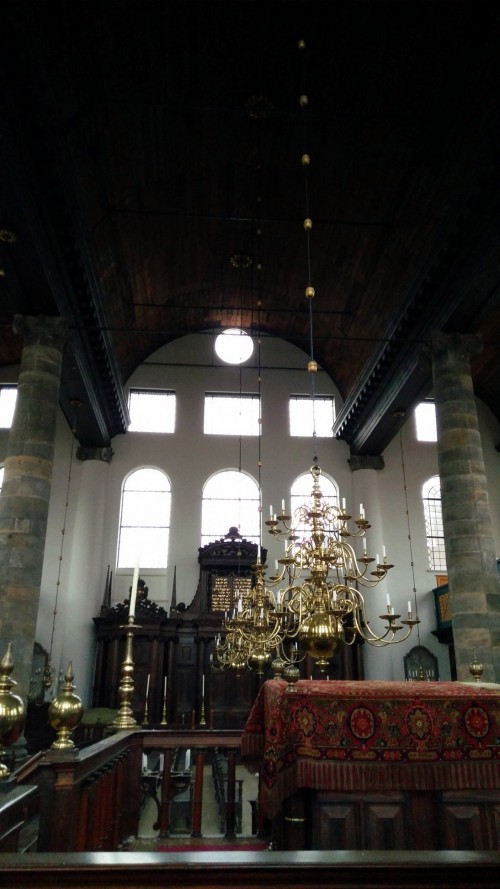 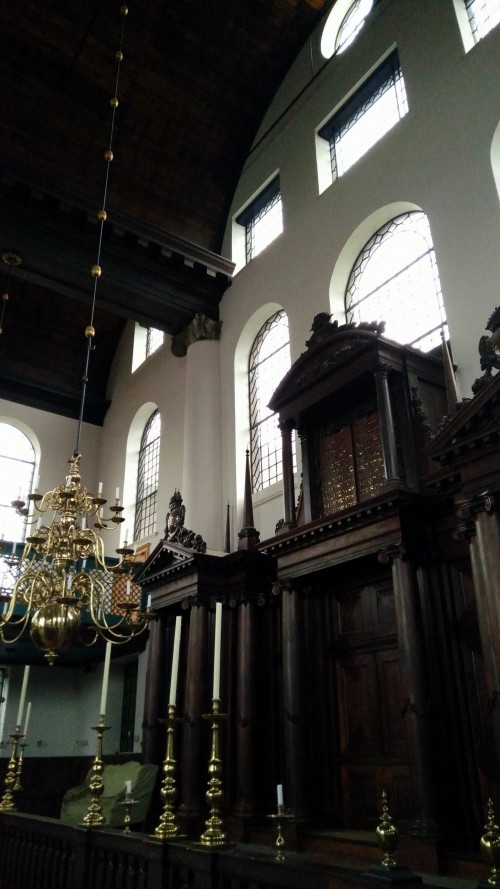 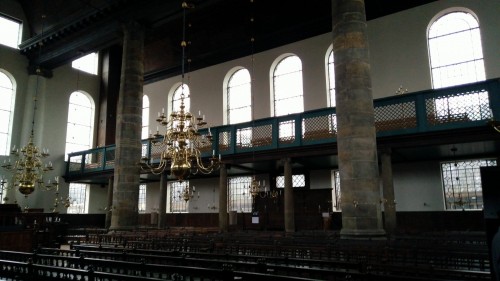 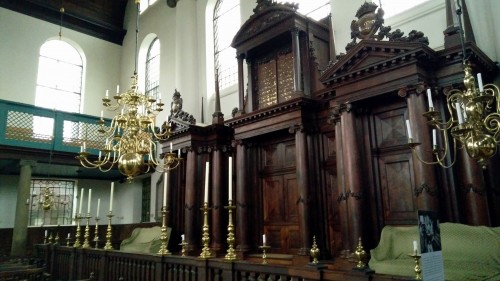 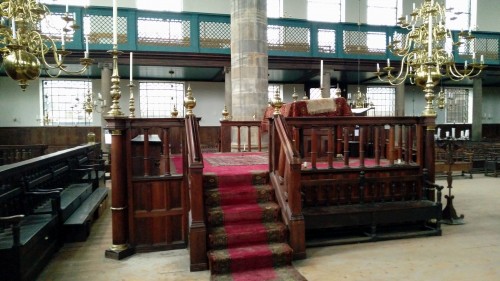 Aside from the main synagogue building, you can see the nearby Rabbi office, some historical artifacts and documents, the Mikve, a Sukkah, a smaller electricty-connected prayer hall for the cold winters, and an underground museum with videos and exhibitions. 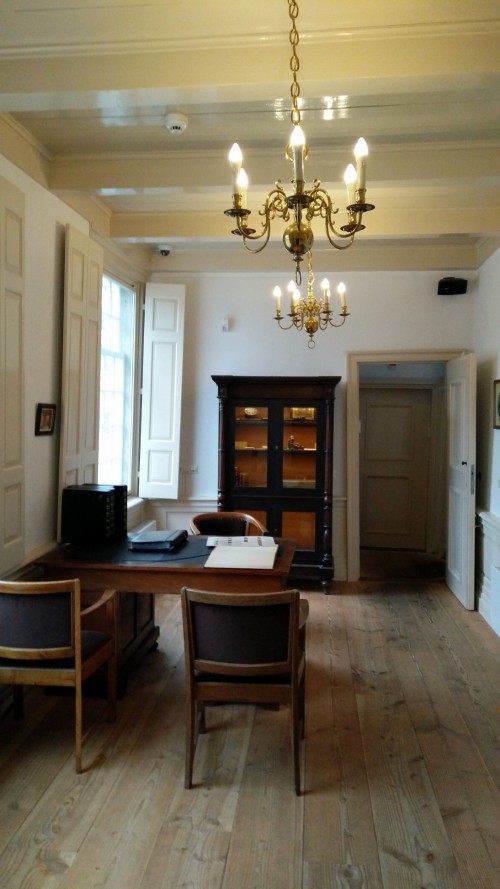 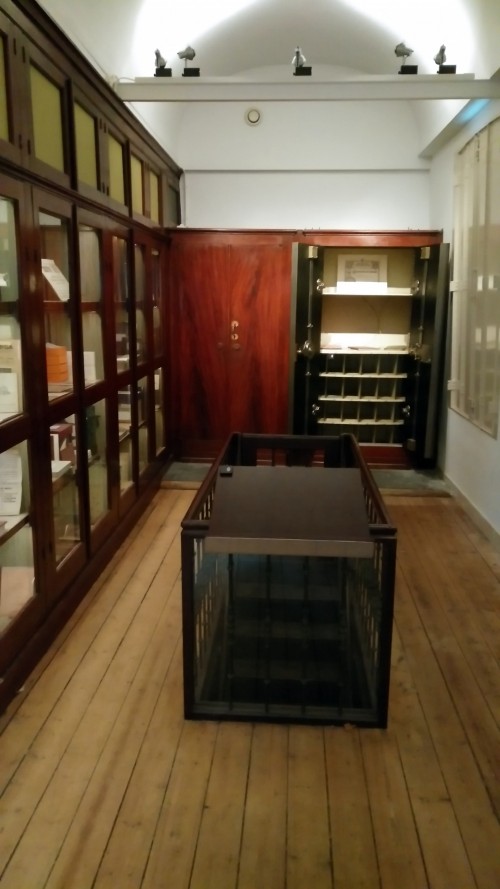 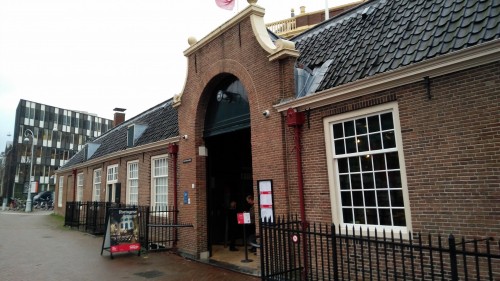 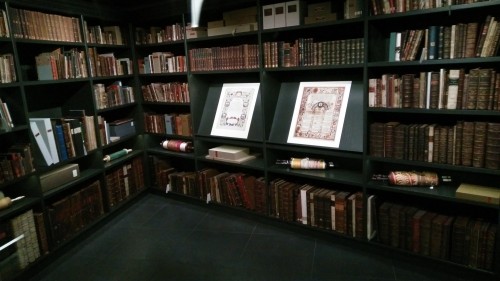 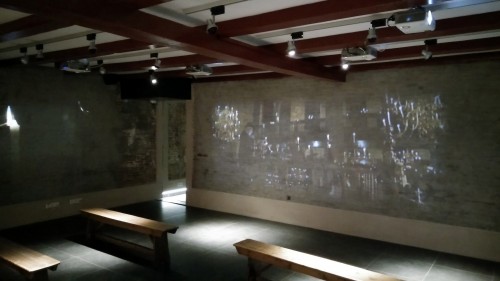 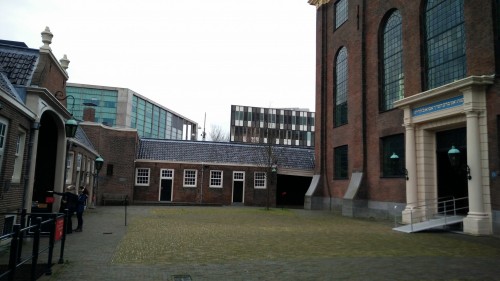 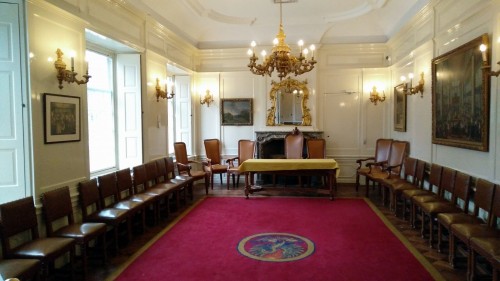 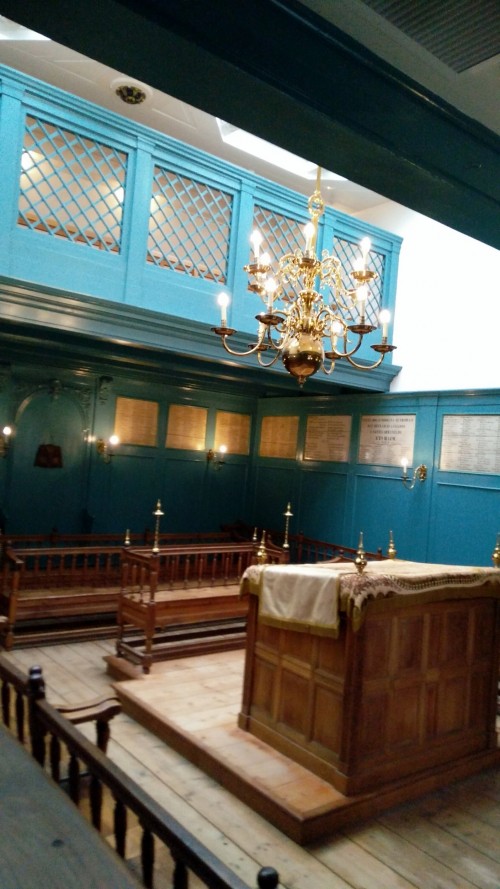 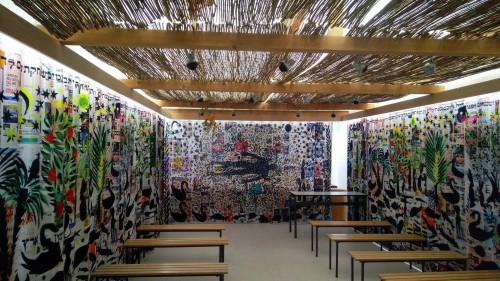 The fascinating and sad history of the Amsterdam Jews is explained in the nearby Jewish Historical Museum, and it was interesting for me to hear some of questions the international school groups had about Jewish history and way of life. Although I’m quite familiar with the topic, I learned a few new things myself. Whether you’re curious about Jewish culture and history or not, this is definitely a piece of Amsterdam history worth exploring, and it’s all very well-done.