Scattered along the Ping Shan Heritage Trail in the new territories in Hong Kong are historical buildings dating back as far as 700 year. For a city considered to have no history, seeing something that’s 700 years old up and standing is quite extraordinary. The Tang Ancestral Hall is an impressive historical building built by the fifth generation Tang Clan and features all that you can expect from an ancestral hall – a large structure, large doors leading to a series of court yards filled with auspicious Chinese motifs and then finally – the ancestral tablets in the last hall.

A bit newer, but as impressive is the Yu Kiu ancestral hall just next to the Tang ancestral hall. It’s only 500 years old and was built by the 12th generation Tang clan. 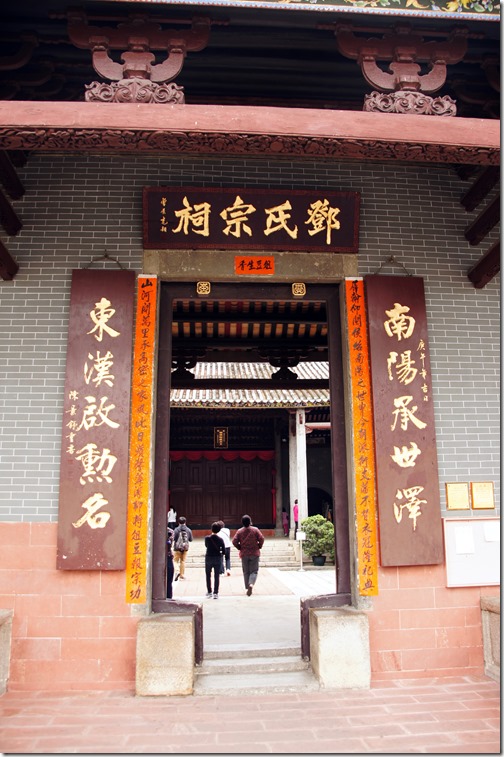 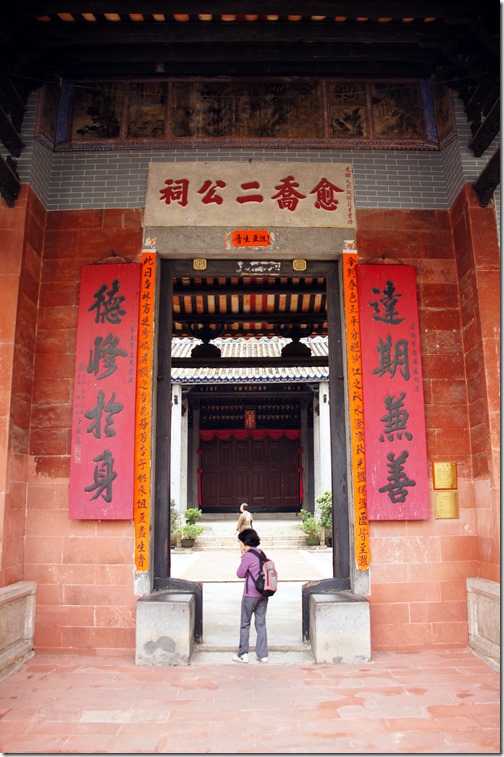 These were the two entrances to the ancestral halls.

The HK government writes about the Tang ancestral hall :

The Tang Ancestral Hall, was constructed by Tang Fung-shun, the fifth generation ancestor of Tang Clan about 700 years ago. The building is the main ancestral hall of the Tang clan of Ping Shan. It is a magnificent three-hall structure with two internal courtyards and is one of the finest examples of its kind in Hong Kong. The wooden brackets and beams of the three halls are elegantly carved with auspicious Chinese motifs. The main ridges and roofs are decorated with fine Shiwan dragon-fish and pottery unicorns. Ancestral tablets are located at the altar at the rear hall. This ancestral hall is used regularly for worship and celebrations of traditional festivals and ceremonies, as well as a meeting place for the Tang clan of Ping Shan.

and also about the Yu Kiu :

Yu Kiu Ancestral Hall, is situated adjacent to Tang Ancestral Hall, comprises three halls and two internal courtyards. The layout and design of Yu Kiu Ancestral Hall is identical to Tang Ancestral Hall. It was constructed in the early sixteenth century by two eleventh generation brothers of the Tang clan of Ping Shan: Tang Sai-yin (alias Yu-sing) and Tang Sai-chiu (alias Kiu-lum). Apart from serving as an ancestral hall, the building was also used as a teaching hall for youngsters of Ping Shan. From 1931 to 1961, it was occupied by Tat Tak Primary School. The last major renovation of the building probably took place during the Guangzu reign (1875-1908) of Qing dynasty as indicated by the engraved characters on the stone tablet above the main entrance. Most of the original structure and features of the building remain intact.

Instructions and directions on how to get there are in those links above.

What’s to see inside? 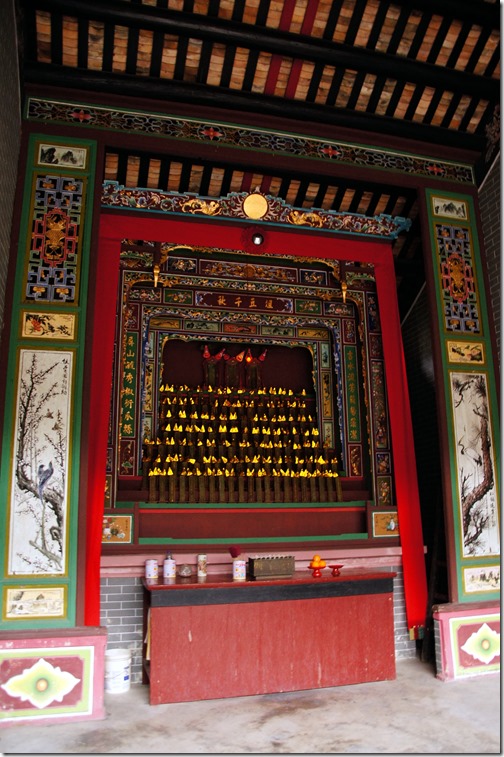 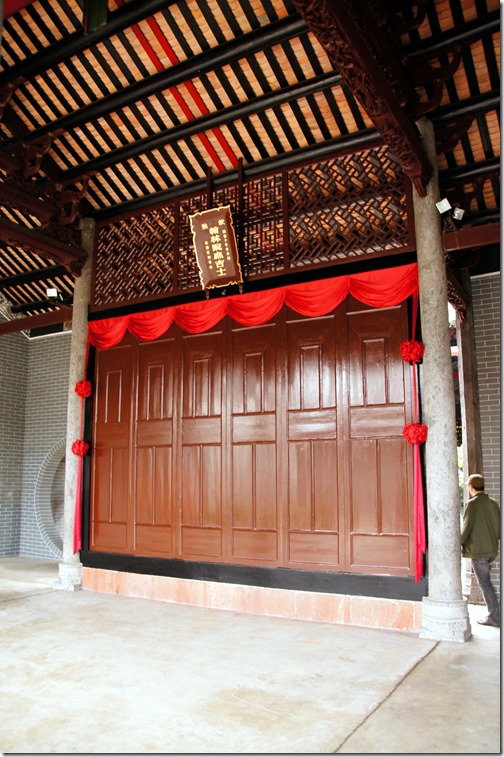 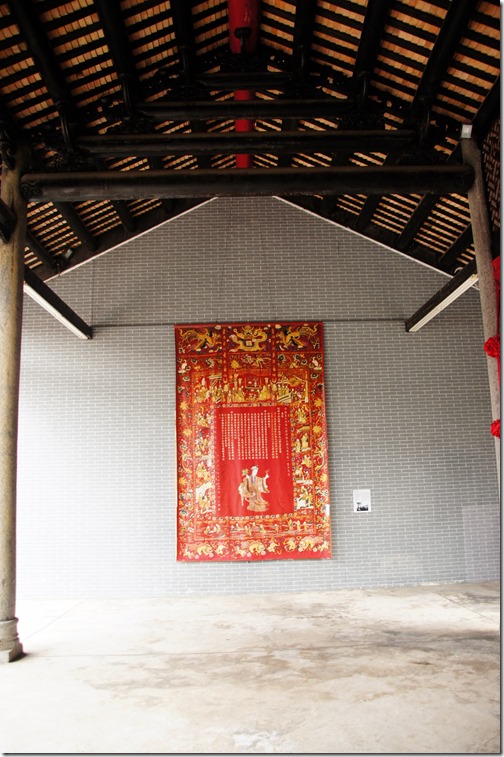 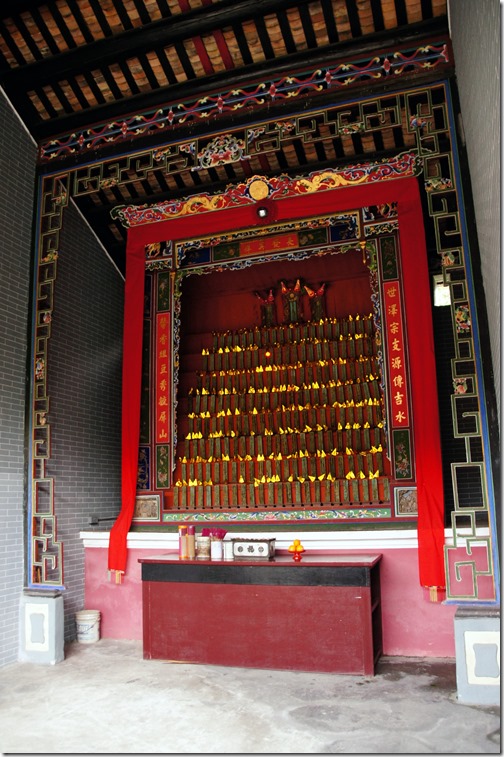 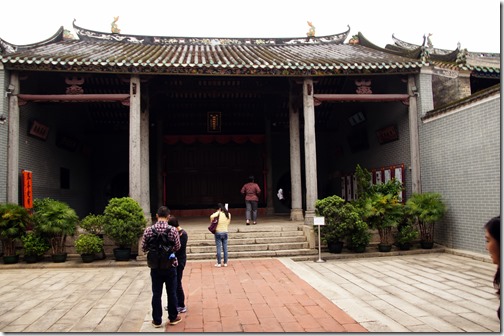 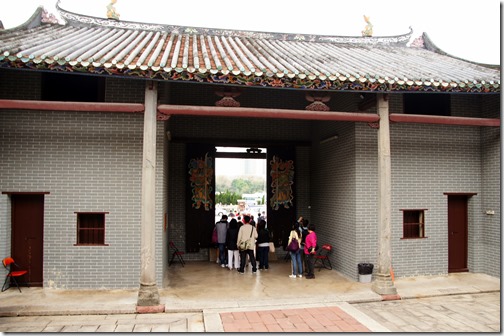 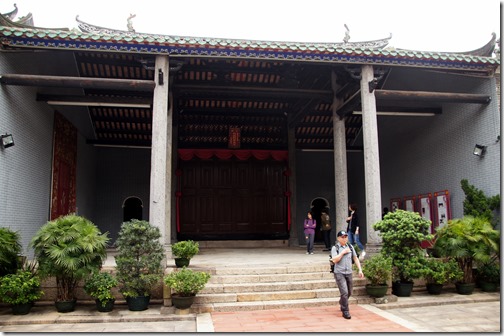 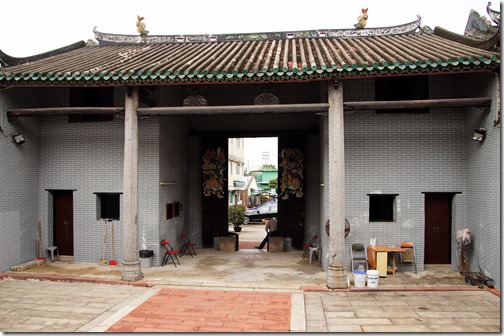 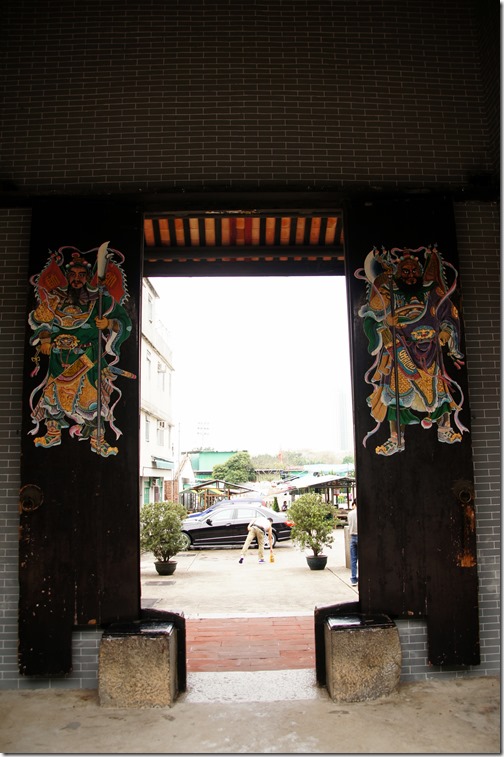