How far back do you think history in Hong Kong goes? I always thought there wasn’t really much to see in Hong Kong that goes further back than a 150 years, but I was surprised to learn that some areas of Hong Kong offer history that dates back over 800 years. In the upper west area of the New Territories of Hong Kong you’ll found heritage trails of clans that lived in Hong Kong long before the opium wars and the British rule.

One lovely weekend, I set off to explore the Ping Shan Heritage Trail, taking me through the history of the local clan that lived in the area that is now Yuen Long.

First stop on the heritage trail – the Tsui Sing Lau Pagoda, dating back to … 1486. 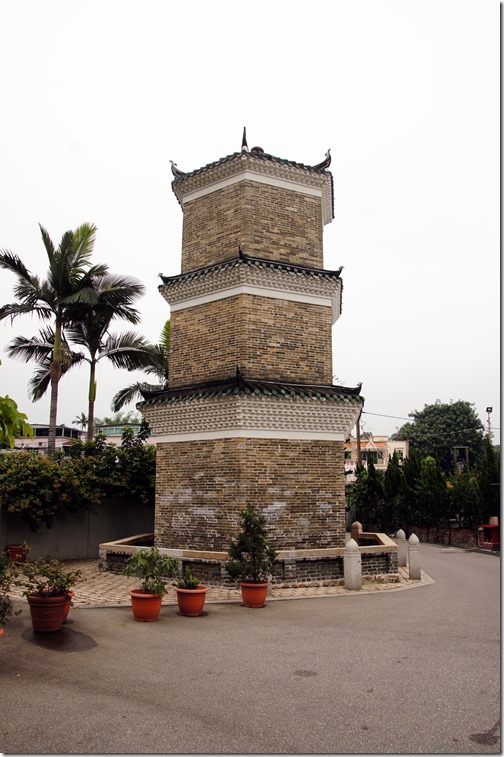 Hong Kong’s oldest pagoda, Tsui Shing Lau, is believed to have been built in 1486. The three-storey, green-bricked building is hexagonal and stands 13 metres high. The top floor of the pagoda is home to Fui Shing (‘Champion Star’), the deity responsible for success or failure in exams. There are auspicious Chinese sayings inscribed on each floor.

The Tsui Sing Lau Pagoda (Chinese: 聚星樓; Jyutping: zeoi6 sing1 lau4, lit. "The Pagoda of Gathering Stars") is the only surviving ancient pagoda in Hong Kong. It is part of the Ping Shan Heritage Trail and it is a declared monument.

Tsui Sing Lau was, according to the Tang Clan, originally located at a mouth of Deep Bay. It was built by the seventh-generation ancestor, Tang Yin-tung, to avoid evil spirits from the north, prevent floods and help the Tangs win a title in the imperial examination. Numerous Tangs have been granted titles.It was declared a monument on 14 December 2001.

According to Tang legend, in 1382, Tang Yin-tung dreamt that a group of stars all gathered together and dropped onto the place where the pagoda now stands. Tang was reminded of the words of a Fung Shui master who had complimented the good fung shui of Ping Shan, but who also gave two comments on its geographical weaknesses. The Tangs had not fully comprehended the second comment, so Tang Yin-tung immediately consulted a Fung Shui master. The master advised him to build a Buddhist pagoda on that spot in order to gather the ‘scholarship’ for the clan, hence the name. After the building of the pagoda, the Tang clan produced numerous scholars and officials in the Ming and Qing dynasties.

Built on a low foundation, the hexagonal pagoda is believed to have an initial total of 7 floors, but this was reduced to 3 due to erosion. It is made of mud bricks and granite. Fui Shing is worshipped on the top floor, where the words Over the Milky Way was inscribed. Fui Shing was a god who determined which scholars were to pass examinations and receive titles. The words The Pagoda of Gathering Stars and Light Shines Straight Onto the Dippers and the Enclosures were inscribed on the second and ground floors respectively.

As you enter the small pagoda… 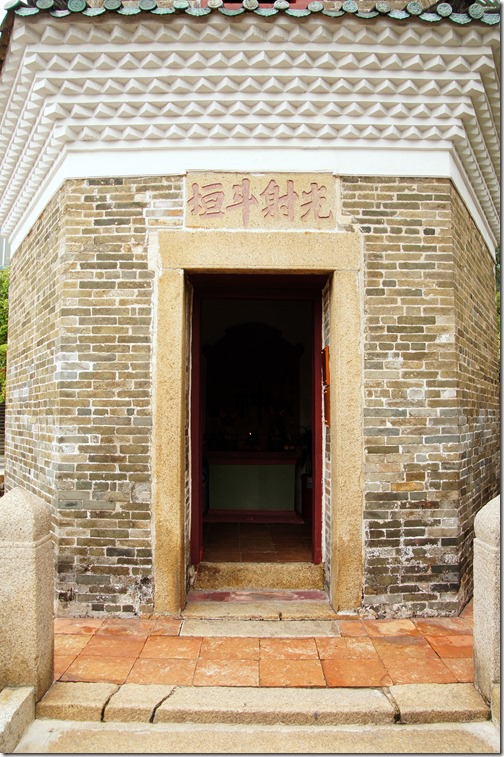 All you’ll find inside is a small shrine… 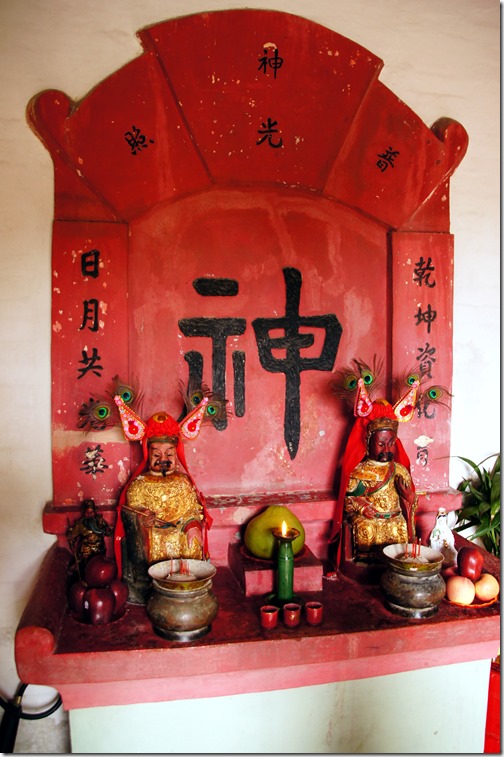 Outside, is a map of the heritage trail … 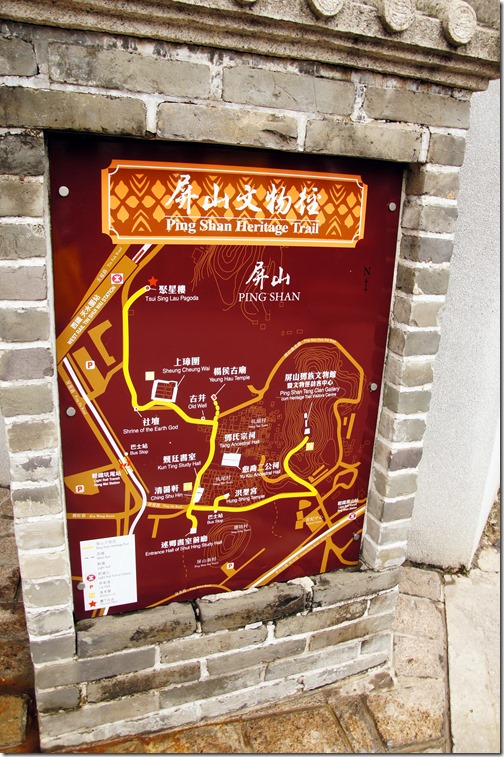 If you’ll continue a bit along the trail… 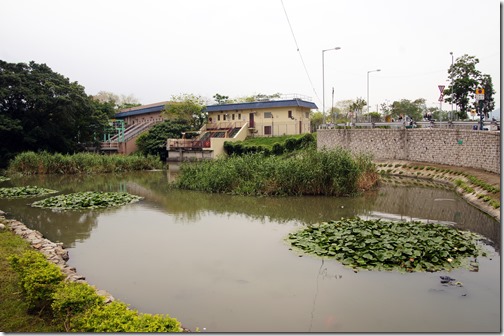 Just before entering Sheung Cheung Wai you will come across the Shrine of the Earth God, who is known as ‘She Kung’ in this village. The Earth God is believed to protect villages and homes, and his shrines are usually simple brick structures on which pieces of stone are placed to represent his presence. 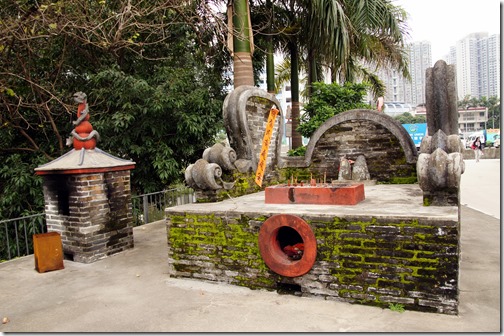