Also on the lovely historical Ping Shan Heritage Trail is one old walled village – Shenug Cheung Wai. There are several walled villages all over Hong Kong, aimed to defend a clan from invading pirates and looting gangs that disturbed the otherwise peaceful life of the locals in the once unprotected areas of southern China. Most of these villages are rectangular with walls facing outside and house entrances facing the inside, with one main village entrance for going in and out. 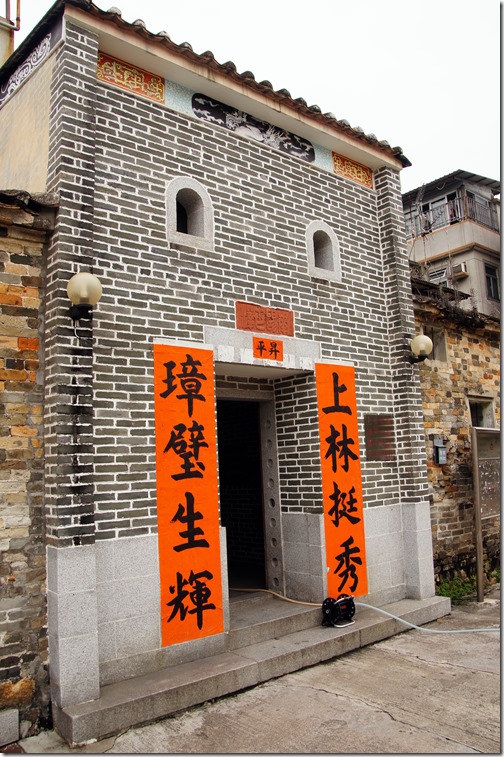 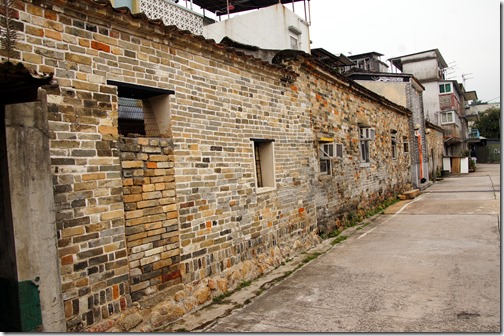 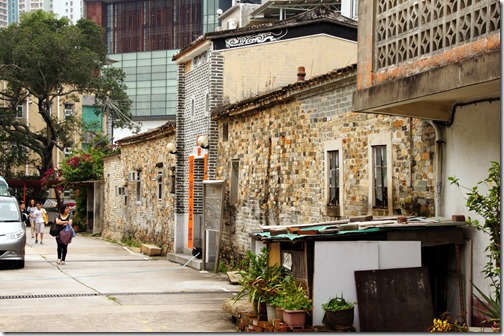 The Hong Kong government site has the historical background :

Sheung Cheung Wai, situated west of Hang Tau Tsuen, was built about 200 years ago by a line of the Tang Clan that branched out from Hang Tau Tsuen in Ping Shan. It is the only walled village along the Ping Shan Heritage Trail.

Sheung Cheung Wai is a typical local walled village. The symmetrical layout of the village features rows of houses enclosed by a green-brick wall, with the gatehouse and shrine lying on the central axis. The wall of the village was once surrounded by a moat with the only entrance situated in the middle of the southern wall. Although the moat has been filled in, and the gatehouse and the shrine have been re-constructed, part of the enclosing walls and old houses inside still remain to provide a general impression of the original setting, layout and characteristics of a traditional Chinese walled village.

Though people are generally not welcome inside, no one was there to stop me from having a look… 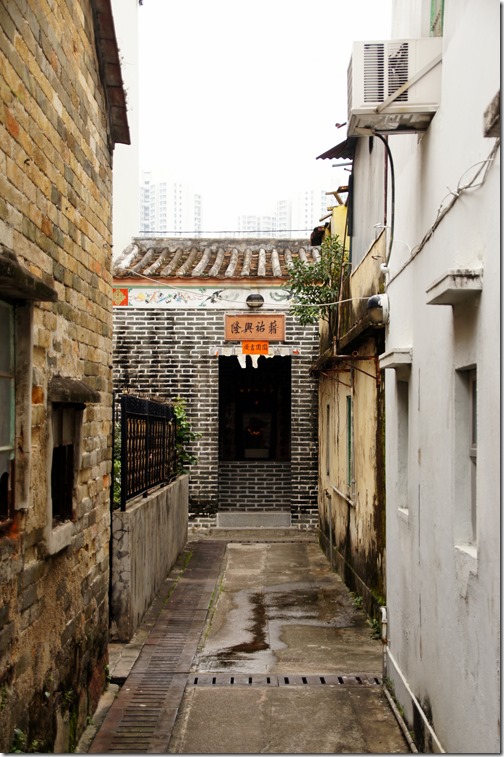 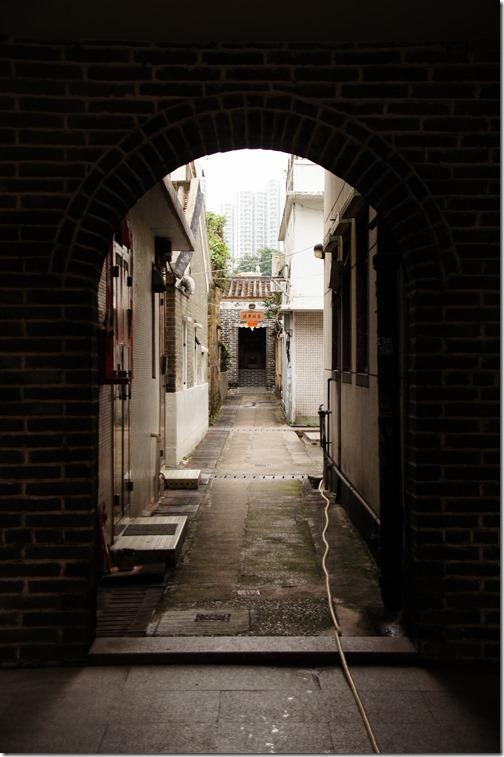 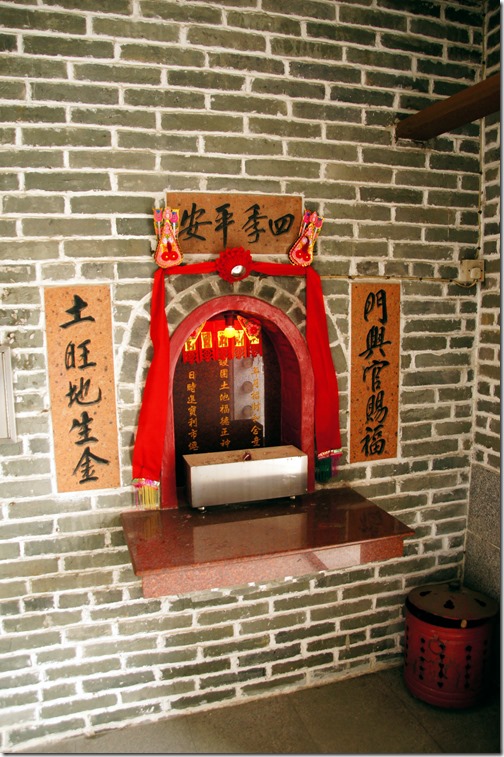 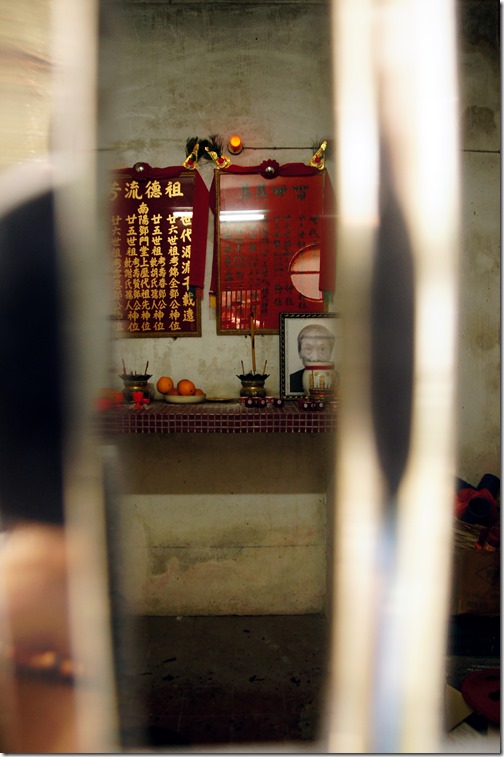 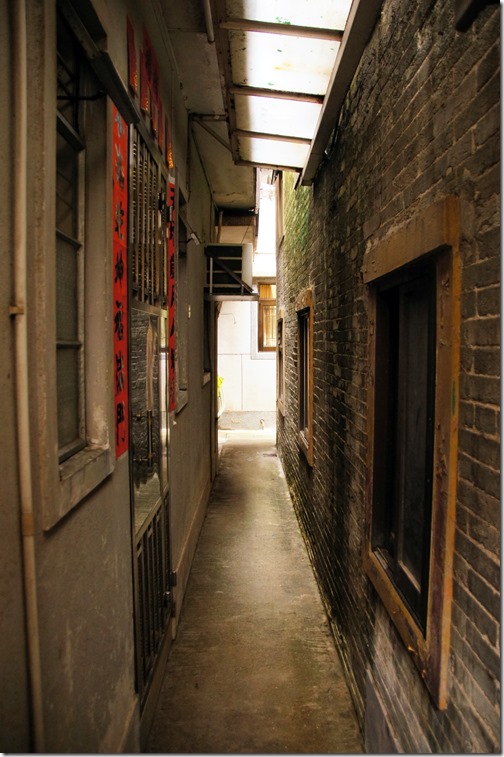 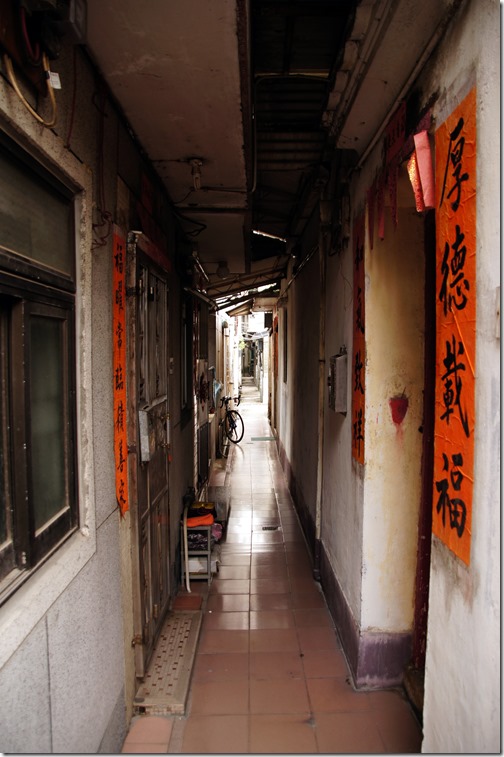 Interestingly, some of the spaces there were unoccupied and rotting of neglect… 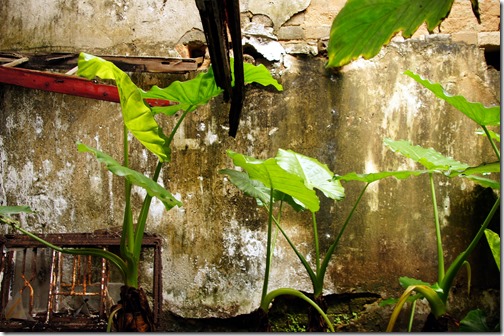 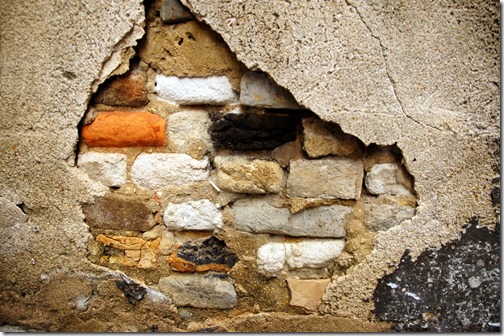 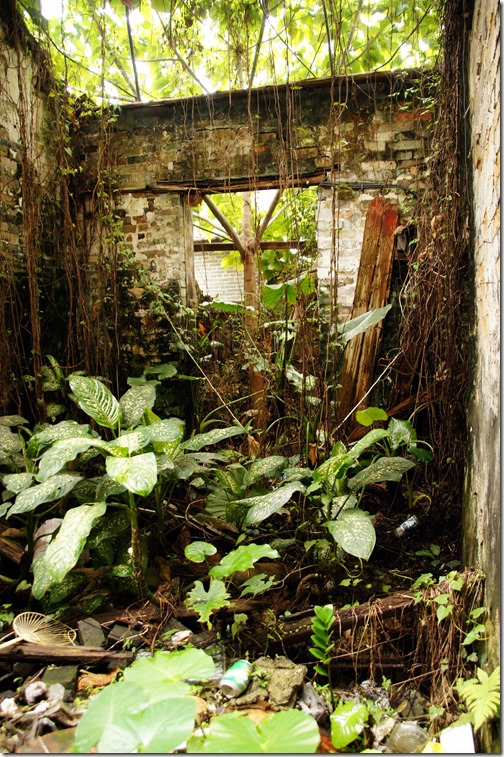 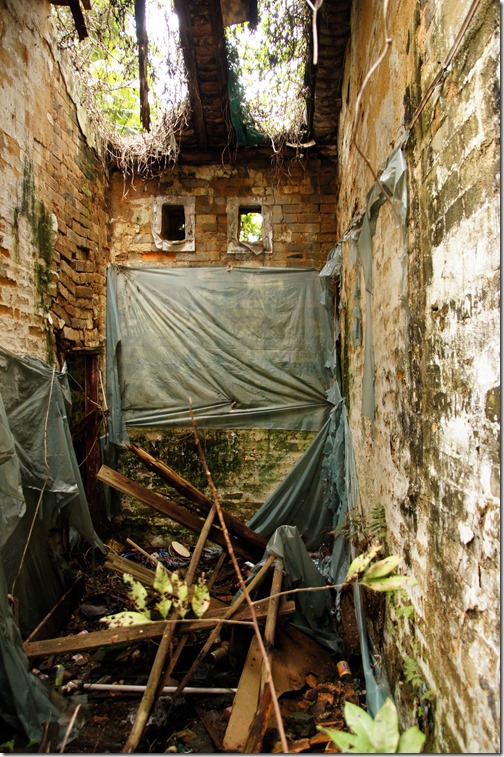 But that made it even more beautiful to me.

The people in those villages are living very simple lives and the infrastructure seems lacking when you think about most of how Hong Kong people live elsewhere. Still, it has its own charm and it’s a living piece of history in a city that thrives on the hectic pace of modern life. That’s got to count for something.