The Garden is built in the classical style of the Tang Dynasty (618 AD to 907 AD), on the blue print of Jiangshouju, the only Tang landscape garden the original layout of which can still be placed and traced today, and the shape of which bears a significant resemblance to the Garden site. Hills and rocks, waters, plants and timber structures are built and arranged according to classical Tang style and rules, accommodating the local environ, and the best view of the sprawling mountain range to the north is taken as the seamless backdrop.

Nan Lian Garden is pretty new, and they’ve done a wonderful job with this garden, allowing for a somewhat traditional Chinese style with the overwhelming Hong Kong skyscrapers in the background. 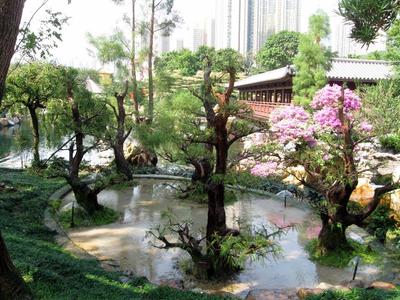 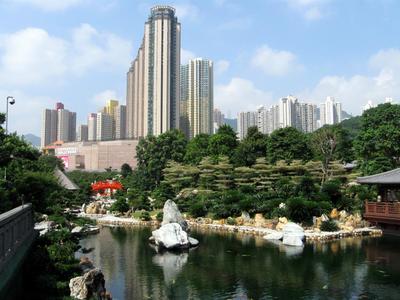 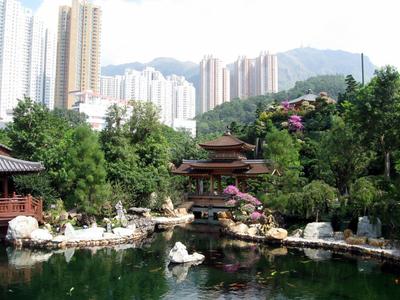 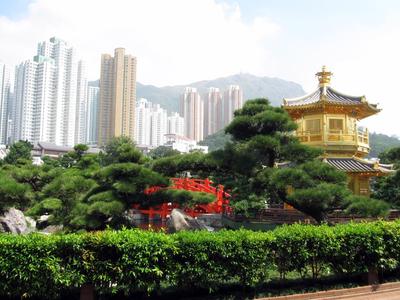 Notice people eating in a restaurant behind the waterfall? 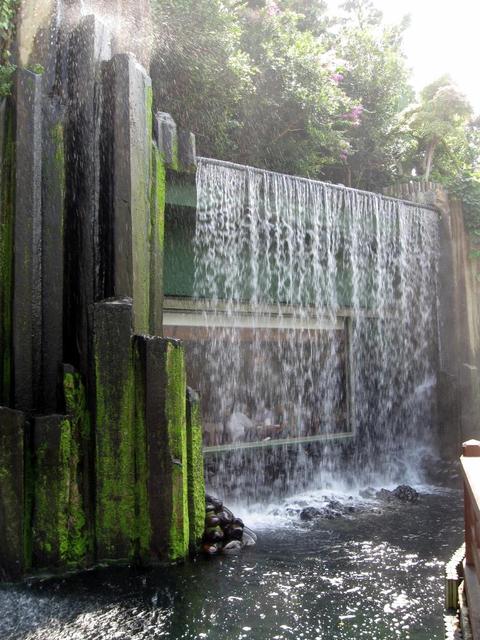 There’s also a huge temple next to the nunnery. 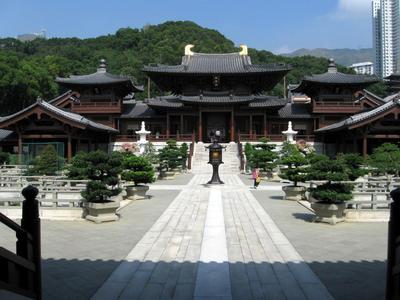 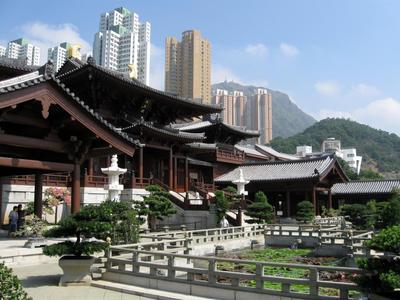 If you’re interested, there are alot more photos of Nin Lian Garden.

Great pix, Fili! thanks for the tour of HK! I’m sure you’re a great tour guide for your mom. Still busy at that science/tech univ. in HK? Update,please. Best,Enjoy, Mike dunn

I love Hong Kong! I will be going on my second visit next month and I was researching for other sites to see. Thanks for this info, I will definitely put this on our itinerary. The pictures alone are beautiful.