The inhabitants of Hong Kong’s western Lantau island little Tai O Village could be separated into two, of perhaps three, general groups of people – the boat people, with those living on houses constructed on the river and fishermen living on boats, and the land people. A foreigner visiting the place might not be sensitive to the historical aspects of this of this social separation, but even so – the differences in living standards are quite startling.

The boat people, mainly living on a series of wood structures constructed on the river and basing their income on fishing expeditions, generally seem much less well off. Less well off? that doesn’t quite rely the feeling one gets walking around their houses. 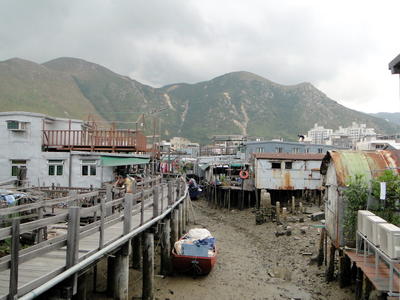 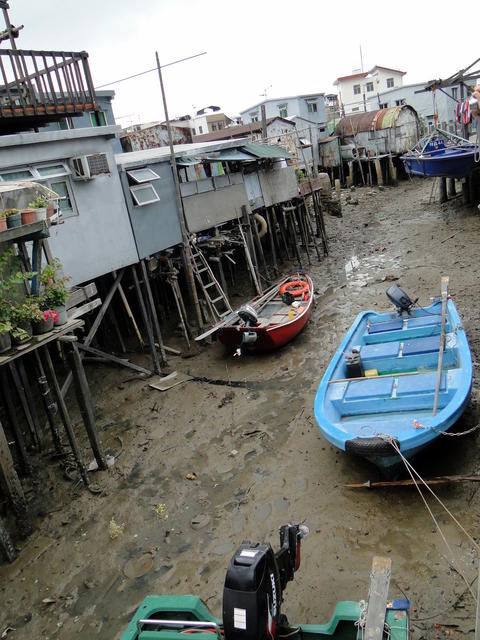 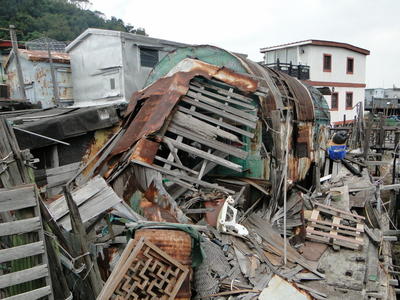 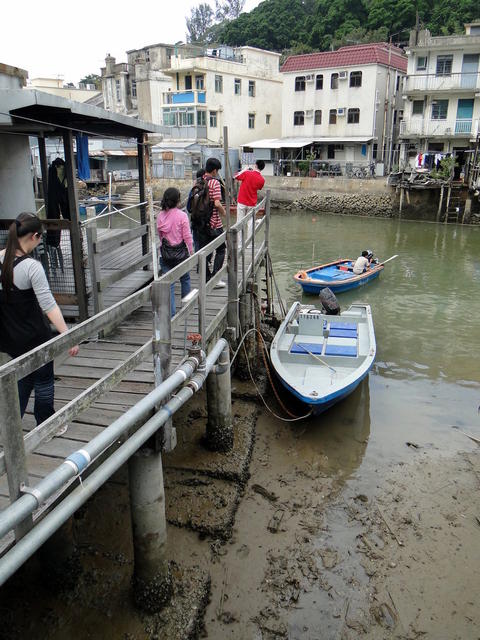 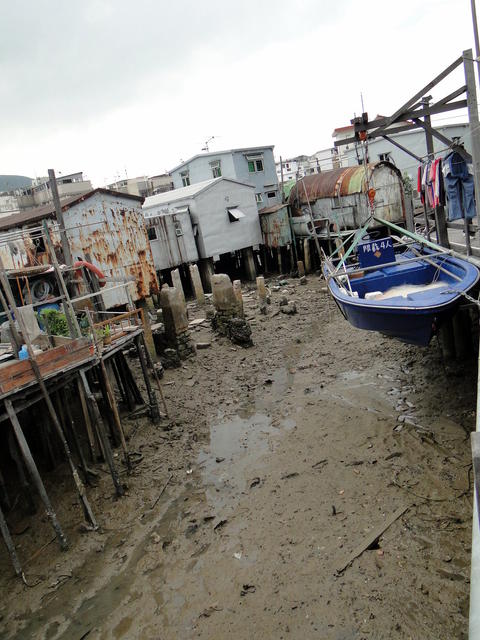 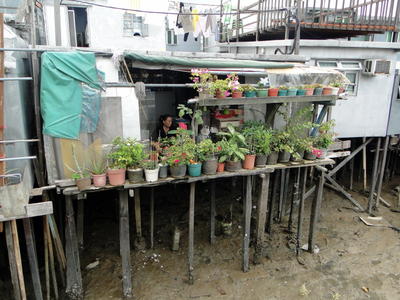 As you can see, during the daytime, when there’s no tide, the place looks a bit like a slum, with houses standing on wooden poles above mud crawling with wetland creatures you probably won’t be too pleased to have running around your home. The houses are extremely basic, and the contrasts with the land people just across the river are somewhat disturbing. 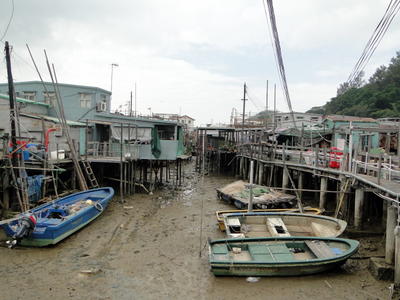 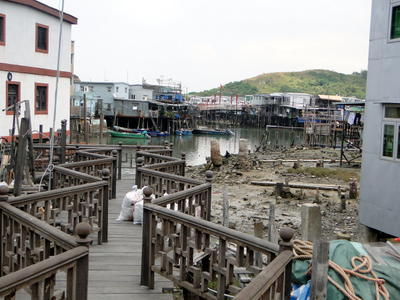 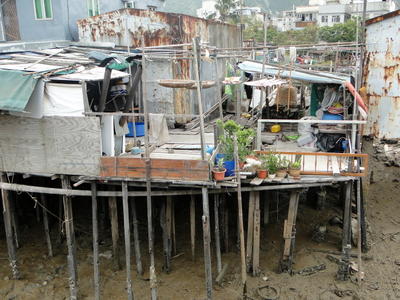 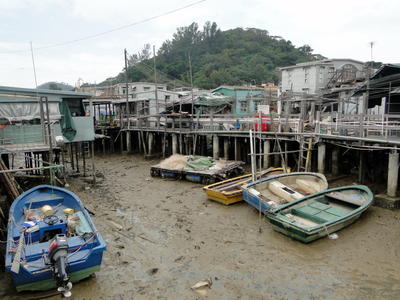 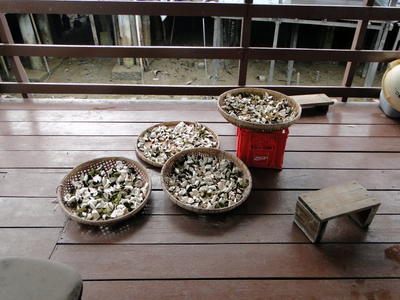 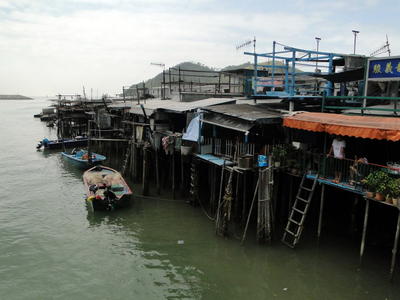 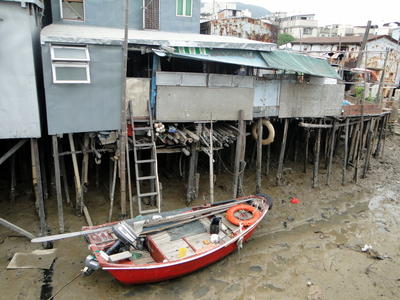 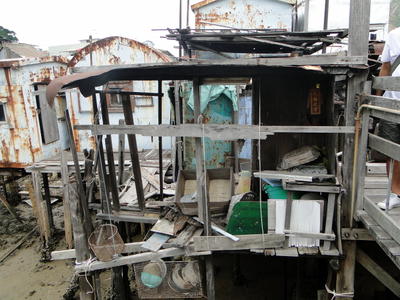 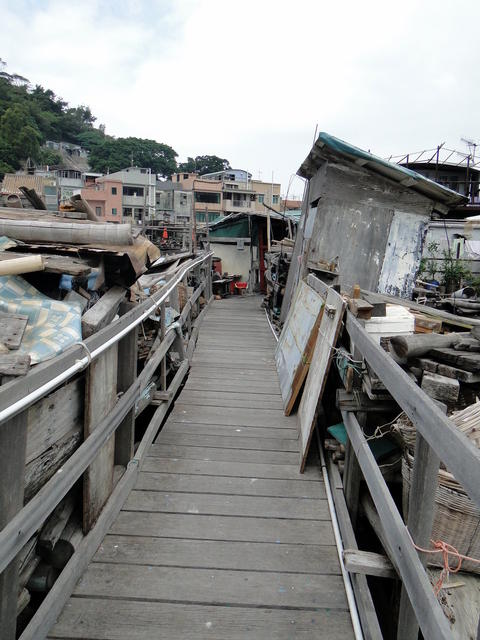 Not exactly what comes up when you’re thinking of stereotypical “Hong Kong”, is it? I’m honestly not sure how those families living there do it, living side by side and in the same economy as their much wealthier counterparts. The tour-guide professor kept indicating with sarcasm that the Genie co-efficient for Hong Kong, a general indicator for social gaps, is among the highest in the world. Wikipedia confirms that Hong Kong is competing with the likes of Brazil, Central African Republic, Chile, Columbia and other advanced economies on the title.

Still, this isn’t to say they’re not happy and atleast comfortable living their lives in their own way. 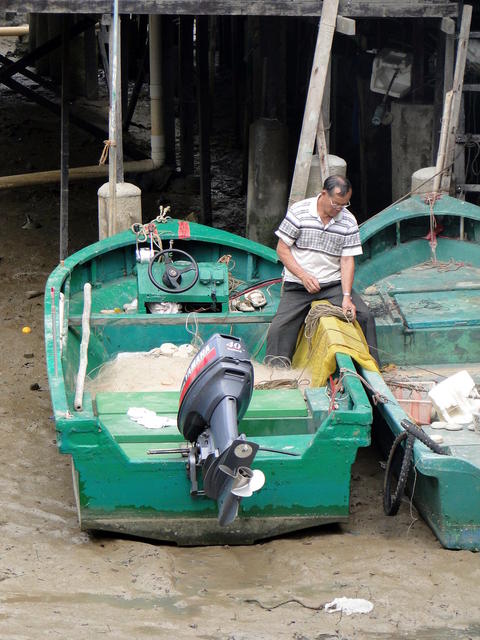 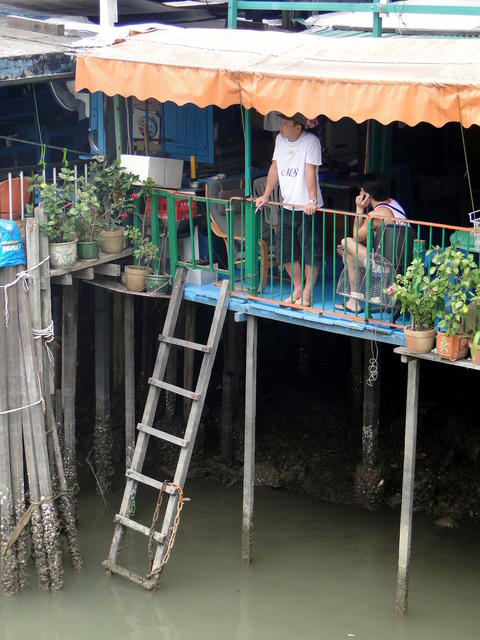 woah, having been in hong kong for two months already, i never knew that this part of hong kong existed. thanks for the tip. i may head there to take a look..

Yeah, HK has many different sides.
For me the biggest surprise was the natural beauty of the Sai Kung area. I had no idea HK had nature that beautiful.