Safed in northern Israel is one of those ancient holy cities over 2000 years old where Jews have always lived and studied, even throughout the many years of recorded Jewish exile. The remaining old synagogues of Safed, dating back to the 15th and 16 centuries, were the heart of those Safed Jewish communities. Many of those structures still remain intact, hosting lively and active local services till this very day. 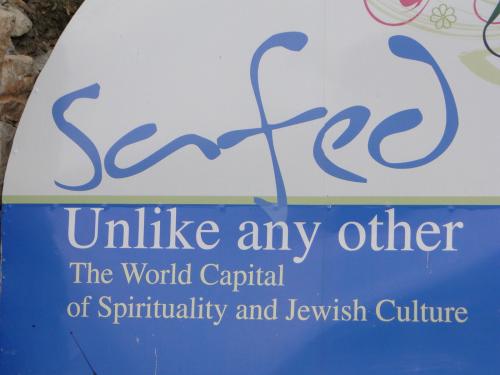 Walking through Safed, there were two with a special charm, from two different origins of religious Jews.

The Ashkenazi Ari Synagogue was built in the sixteenth century on the northern fringes of the Sephardic neighborhood in the Old City of Safed. It was originally founded by Spanish exiles who had settled in Greece and then immigrated to Safed, earning it the name "Gerigos". Its congregation were Kabbalists, mostly followers of Rabbi Moshe Cordovero and they were joined in 1570 by Rabbi Isaac Luria (known by his acronym "Ari"). His custom was to pray in the synagogue on the Eve of Sabbath, proceeding from there with his disciples to a nearby field (Hakal Tapuchin) to welcome the Sabbath. It is said that it was during these sessions that popular Shabbat melody, Lecha Dodi, was created.

In the eighteenth century, with the arrival of a large group of Hasidim from Europe, the congregation changed and the HaAri Synagogue began to be called "the Ashkenazi Ari Synagogue." It was destroyed in the earthquake of 1837, and its reconstruction was completed in 1857, which in Hebrew numerology is equivalent to "and My Temple shalt thou revere" – the inscription in Hebrew that appears above the entrance. 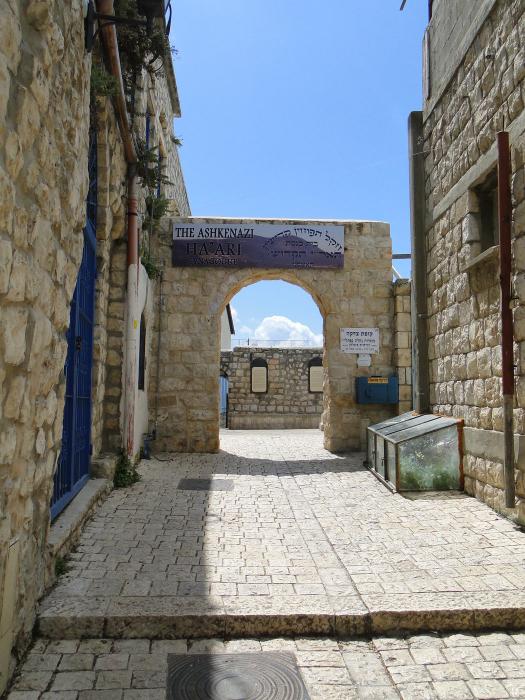 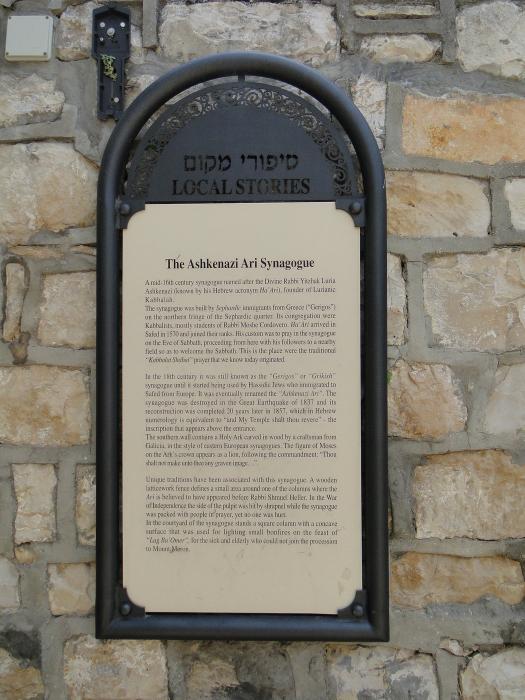 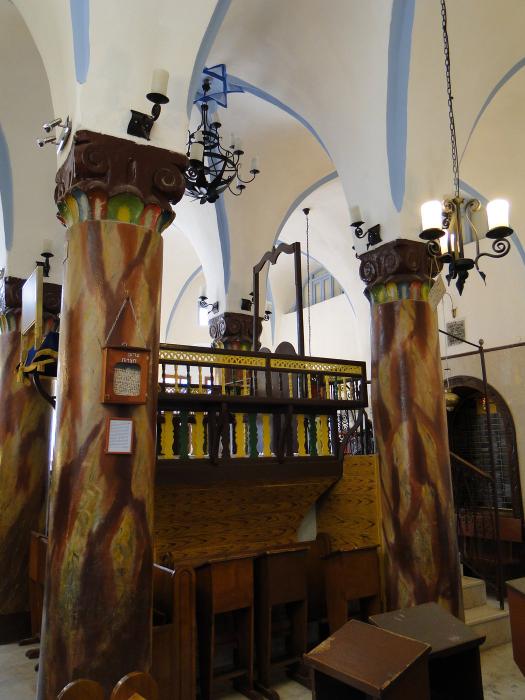 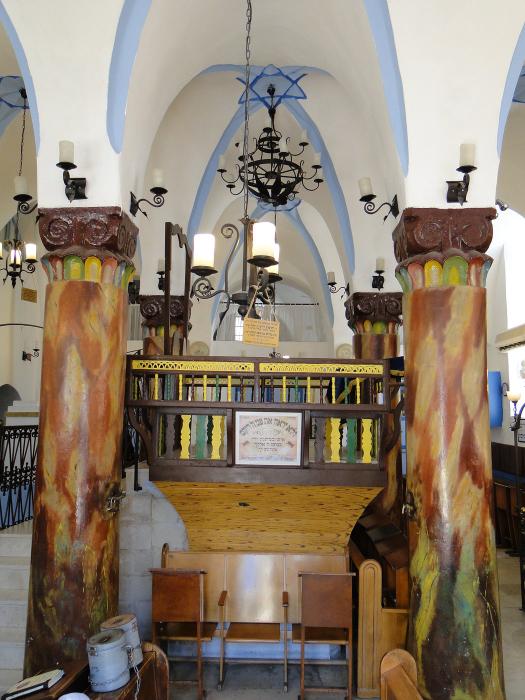 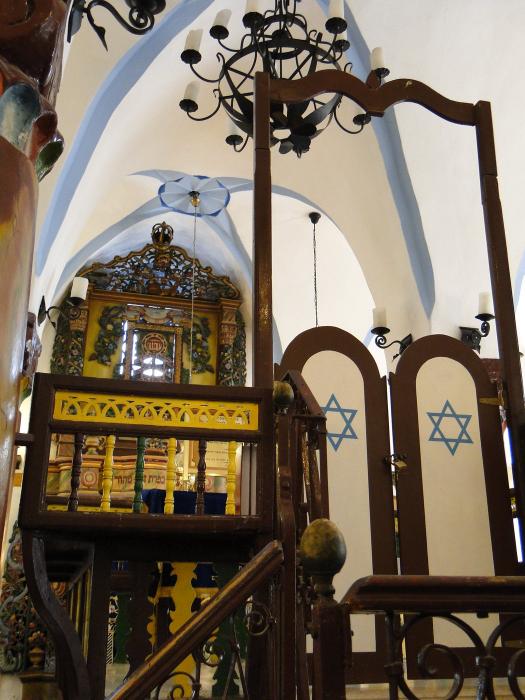 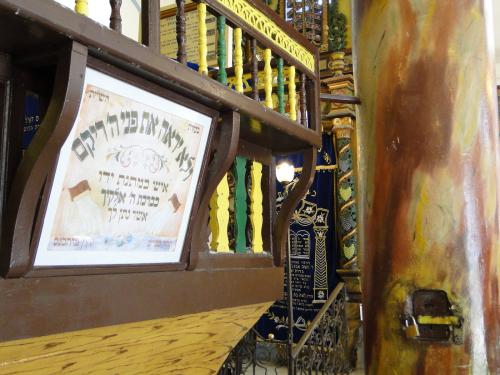 This synagogue is named after Rabbi Joseph Caro, scholar and Kabbalist, author of the"Shulchan Aruch" (the codification of Jewish laws). It was built in the 16th century as a large and magnificent synagogue and house of learning, using marble and carved stone. The building was destroyed in the 1759 earthquake but was later rebuilt in a more modest style. The Hassidim who came to Safed in 1777 began praying here, and also took part in its reconstruction after it was destroyed again in the Great Earthquake of 1837. Three men, headed by the Italian philanthropist Yitzhak Guetta, contributed jointly towards its rebuilding over a period of a decade. Yitzhak Guetta heard about the destruction of Safed while in Italy and decided to use his fortune to help rebuild the ruined city. If you look to the floor of this synagogue you will see an Italian marble floor imported from Italy by Guetta. Legend has it that Guetta used only half the budget he set aside for this structure’s reconstruction and that he buried the other half in the ground for when the messiah comes. 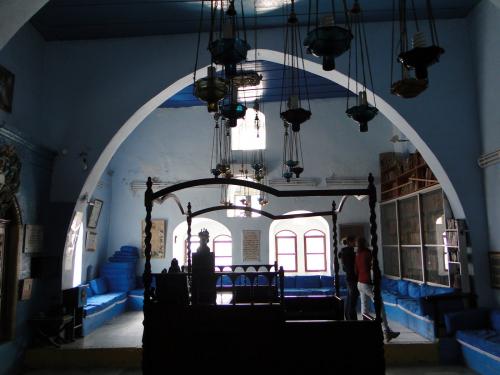 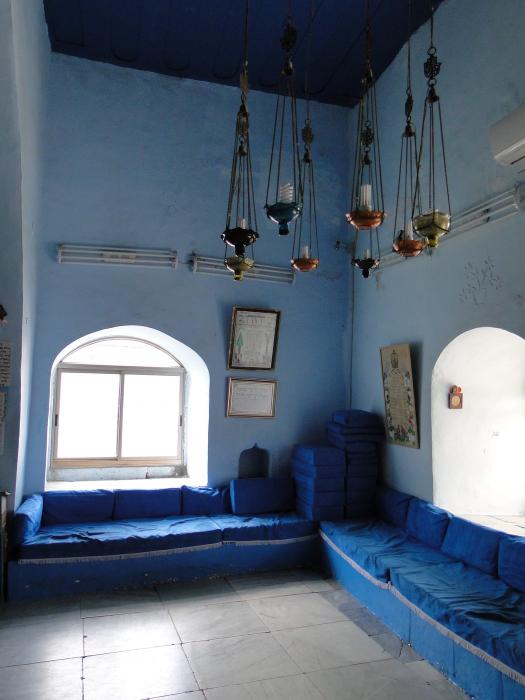 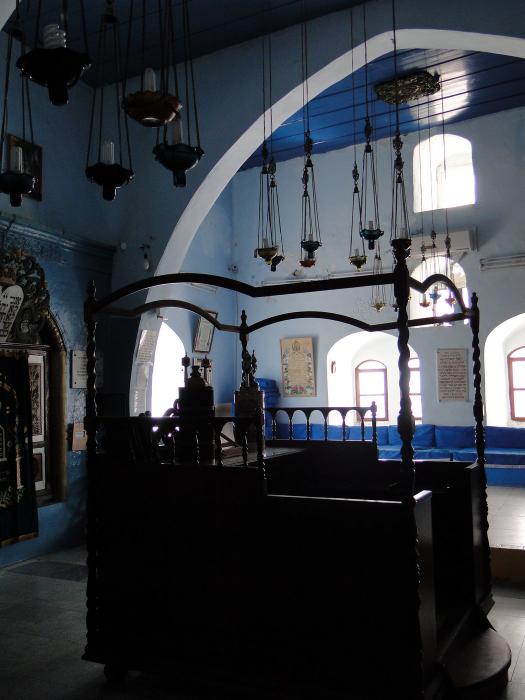 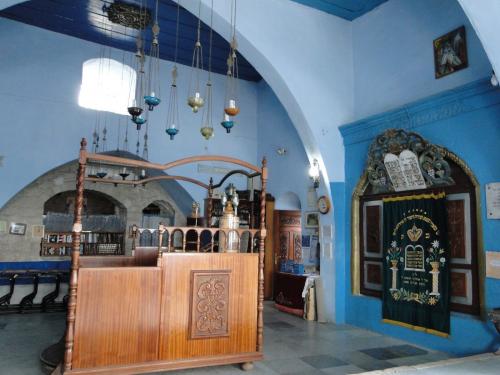 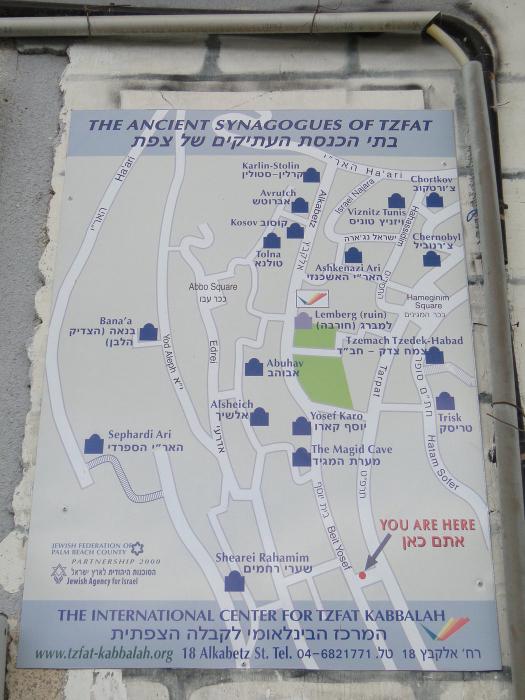 As you can see, there are quite a few of those all over the old city.