The first time I visited Taipei, 5-6 years ago, I had no idea who Chiang Kai Shek was to Taiwan. I mean, I heard he was big shot mainland general who lost to the Communists, but the story of how he came to be Taiwan’s president-dictator and the local politics surrounding the Kuomintang were still unknown to me at the time.

The first day following my arrival in Taipei, I walked down from the Taipei Main Station, to the nearby museum, then to the peace-park with the no-English 228 museum and then down to the Chiang Kai Shek Memorial Hall. I remember being very impressed. The whole complex is meant to overwhelm with the grand entrance, the large grounds, and the huge structures. I found the architecture fascinating and thought the whole place was quite beautiful. 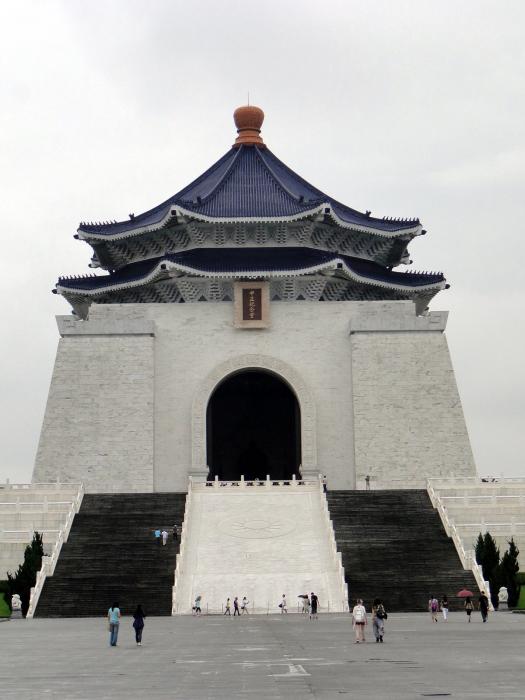 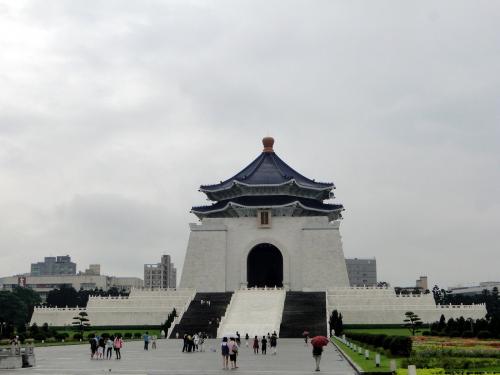 The one thing that seemed odd to me at the time was the cult like worship of the former president. There are other places in the world where you can find huge statues of former presidents (Lincoln in Washington DC, for example), so I didn’t think much of it. Personally, I could never understand why people look up to politicians that way, but I accepted this as common practice anywhere in the world. The only thing that maybe puzzled me a bit was when the tour guide indicated that the president to follow was CKS’s son and that he led the construction of the place. The constant reference to Taiwan as the “Republic of China” was also quite confusing. 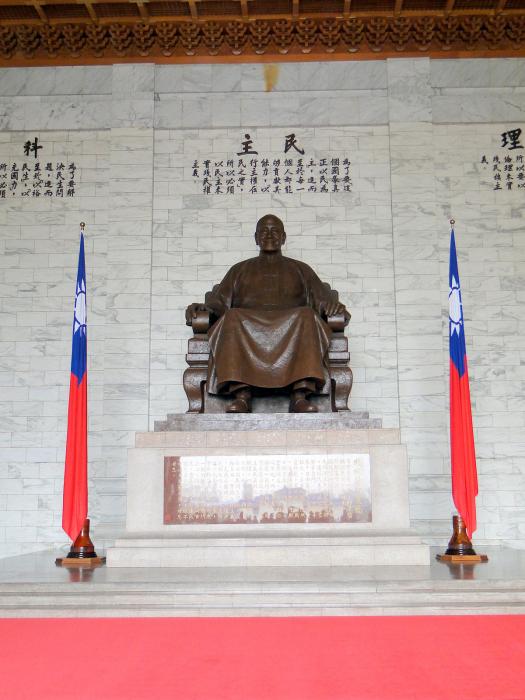 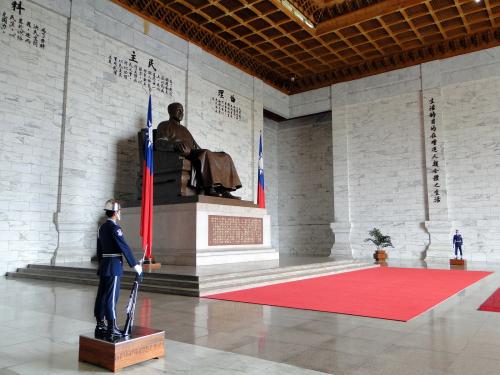 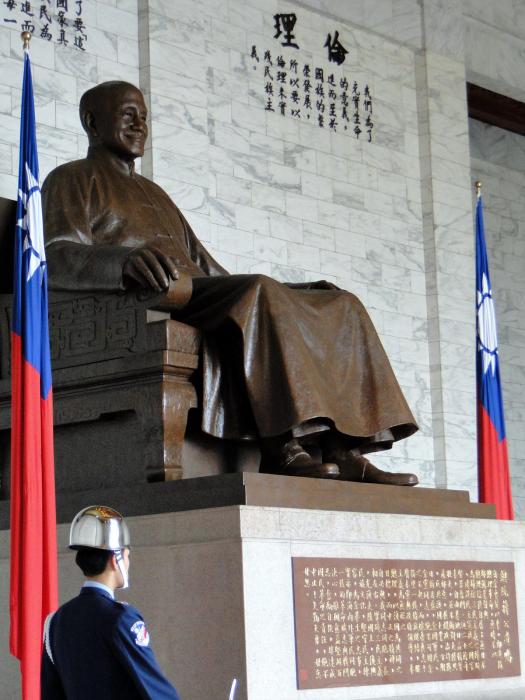 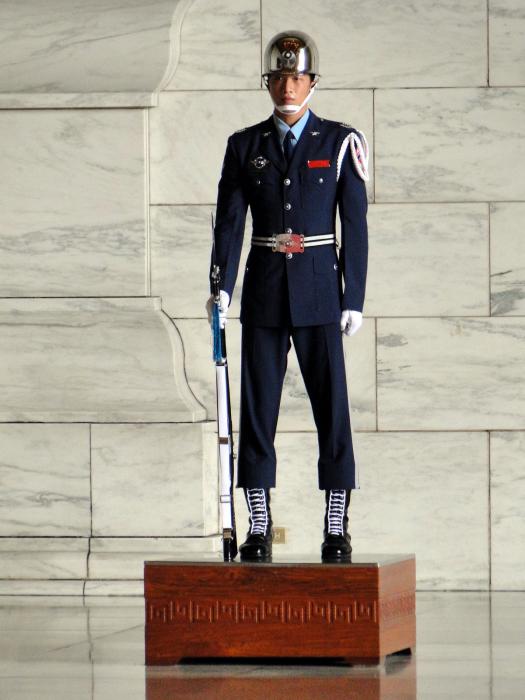 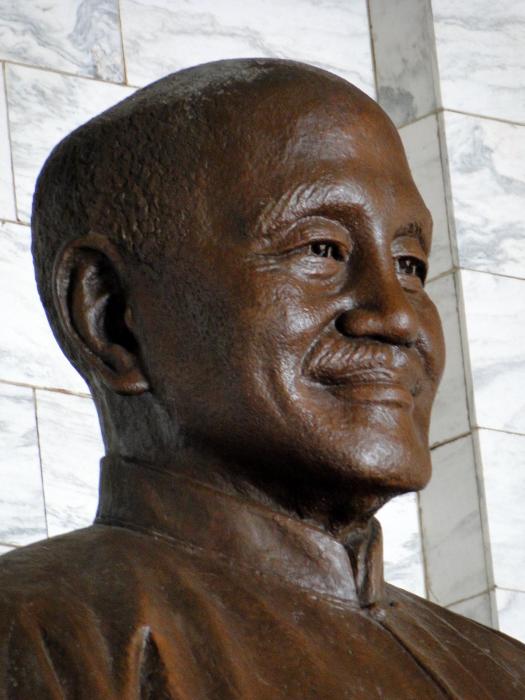 Fast forwarding a few years later – having lived in Taiwan for a while, the idea of such a memorial hall being dedicated to a notably controversial figure seemed questionable. When the then twice elected DPP declared that the memorial hall name would be changed to something about democracy, it made perfect sense to me. That seemed like a good way to bridge between past and present. 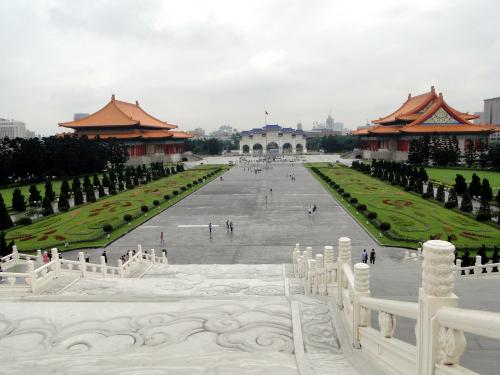 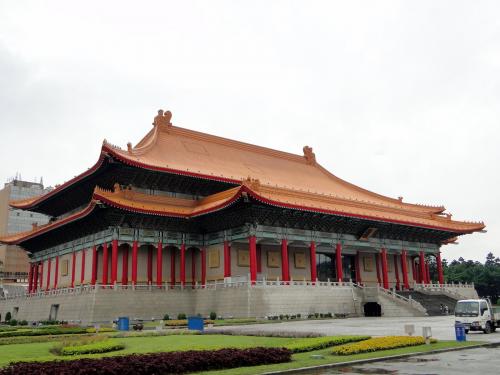 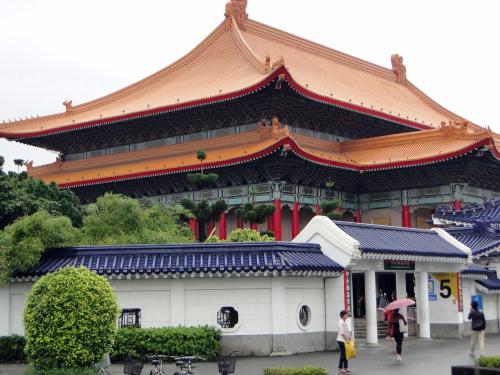 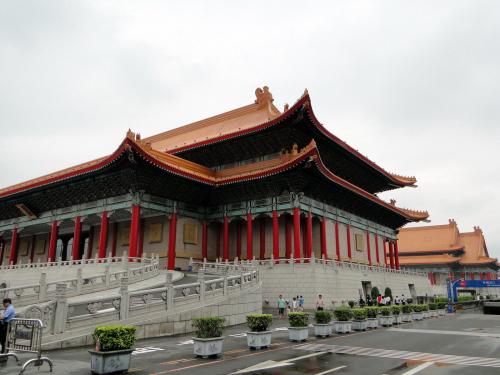 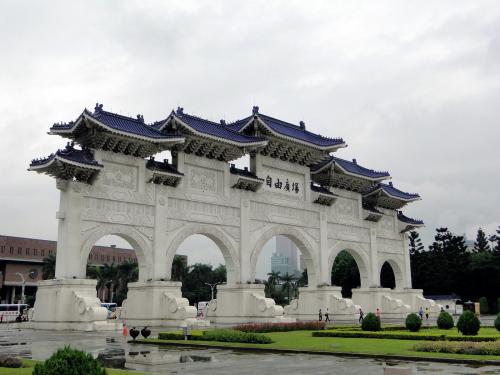 I now revisited after a while living away from Taiwan and the name has been restored to Chiang Kai Shek Memorial Hall once again with the returning Kuomintang government. There seems to be a lot of emotions running regarding CKS and his place in history. While I do have an opinion about this issue, it matters little – the way I see it, this is for the Taiwanese to figure out on their own. Every time I think I get how my Taiwanese friends feel about the local politics, I hear something that completely throws me off, and so with time I realized that the best approach is merely to ask questions and keep my mouth shut while they figure out their answers. I promise you that if you do that without bias, you’re likely to be surprised with some of the answers.

Moving on, if you walk in the area surrounding the memorial hall you can find a few other interesting buildings.

Here’s one of the older gates of Taipei … 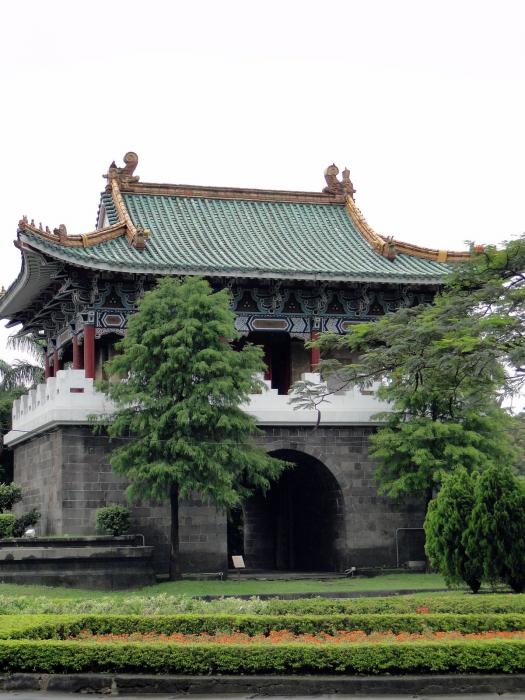 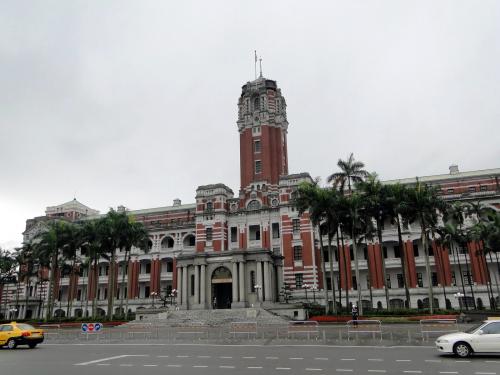 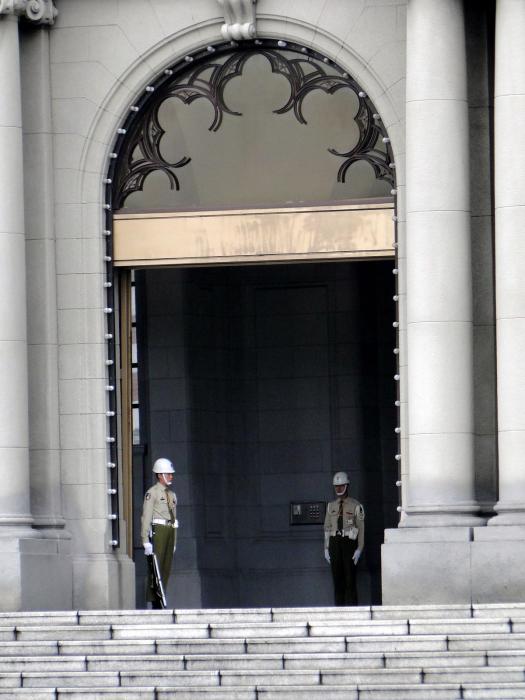 BTW – Many of the Taipei schools around the memorial hall still have CKS statues greeting them at the entrance… I don’t remember seeing anything like that anywhere else. 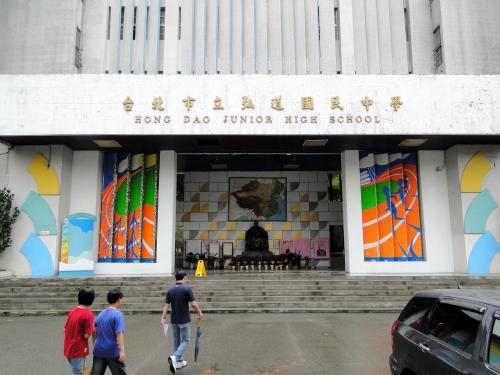 Here’s more from the blogosphere :

Tim Maddog sent me a link of links on 228 and Chiang Kai-shek for those interested in more readings on the topic :

One more thing! I'm not sure that the building in your picture is the parliament house! I guess it's the “Presidential Palace” isn' it ?

You indeed have a lot CKS statue all around Taiwan's school (from small one to the huge, NCCU for instance with…let me count…no less than 3 giants one and several small one). I'm not sure now if their really do represent anything for the nowadays kids, the NCCU library one's pedestal is used as a table to do homework at day and lovers meeting point at night…

Beside it's political side, CKS Memorial Hall is indeed an (architecturally speaking) impressive place.

JF – yeah, you're right. I corrected the mistake.

My Taiwanese friend (now residing in Toronto) introduced it to me as the ‘Presidential Building’ 🙂 I got puzzled a lot at the CKS Memorial Hall too – but it didn’t take me long to realize I know nothing, absolutely nothing (such a humbling, liberating feeling with full of wonder!) I was about to rant my questions a bit here, but yup, I better not, because someone told me there is no such thing like a stupid question, but a stupid person 😛 Except for one thing: I was indeed confused with the ‘Republic of China’ and fascinated by the… Read more »