Welcome to Safed, the proclaimed “World Capital of Spirituality and Jewish Culture” were eager souls (like Madonna) come to absorb the holy word of Jewish spiritual teachings, like the Kabbalah.

The old city of Safed is a unique jewel. It’s been years since I last visited the place, and it’s a shame, since it’s beautiful, filled with stone buildings, art galleries, jewelry shops, old synagogues, and lovely coffee shops and restaurants.

A pleasure to slowly wonder around in… 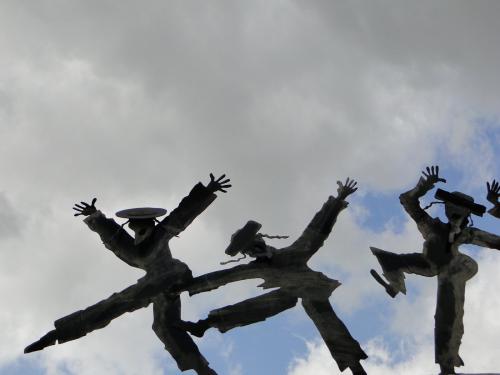 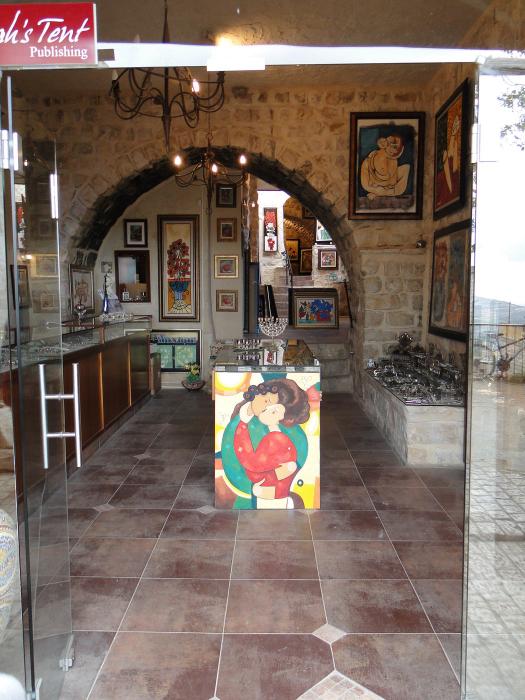 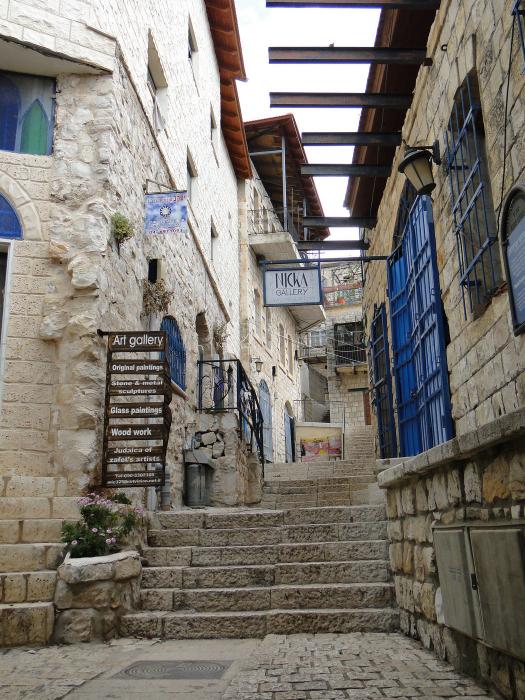 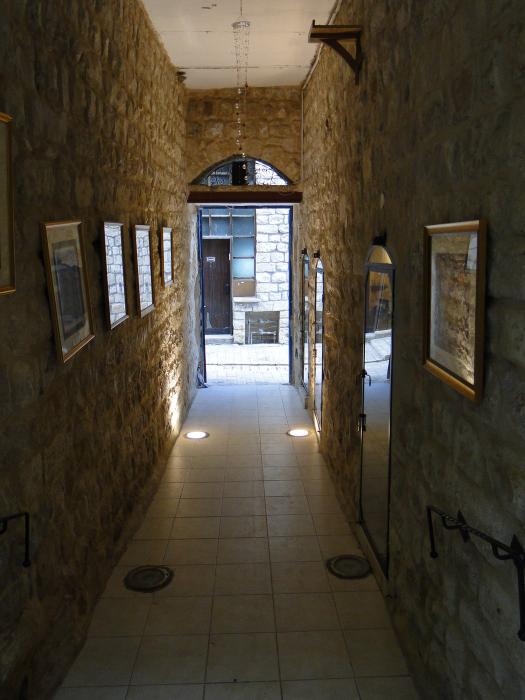 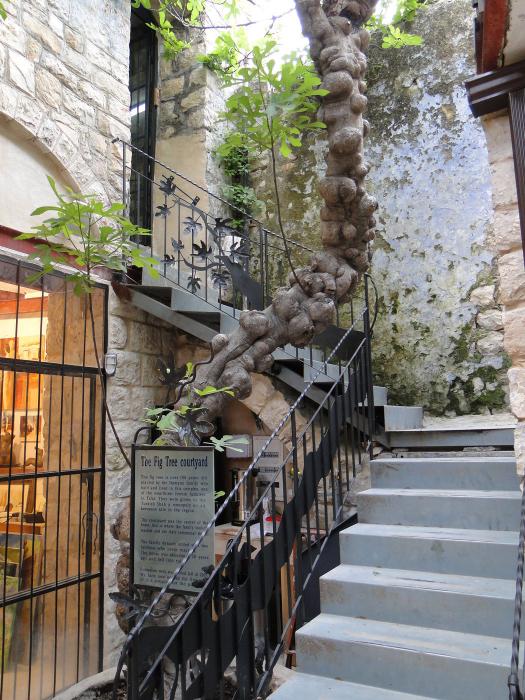 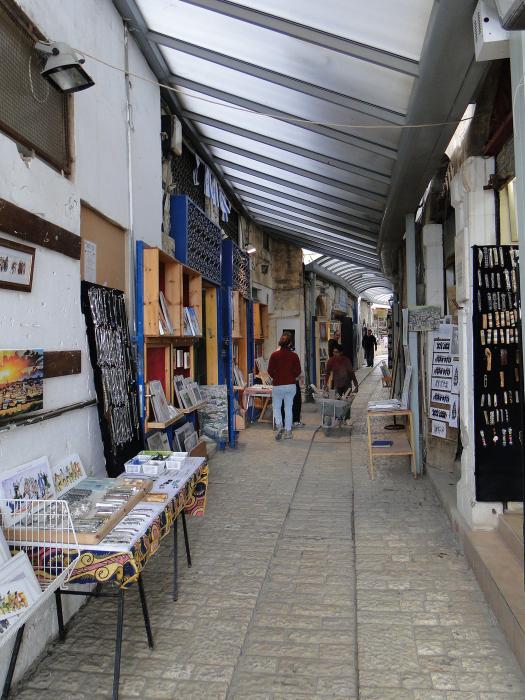 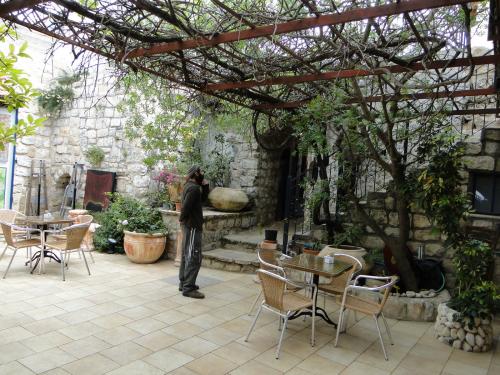 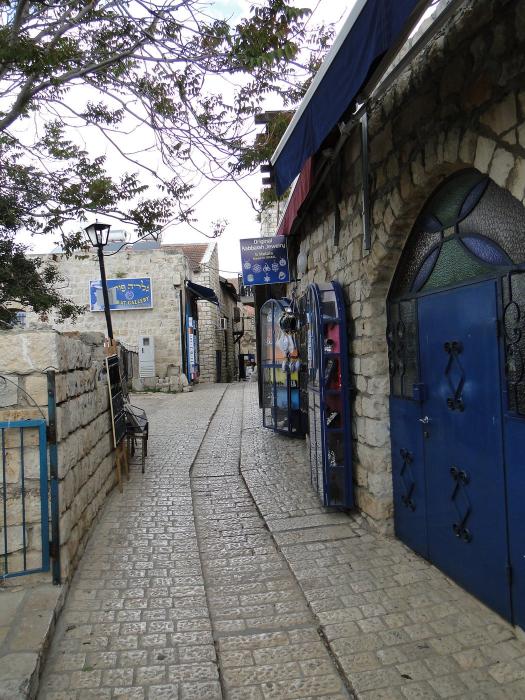 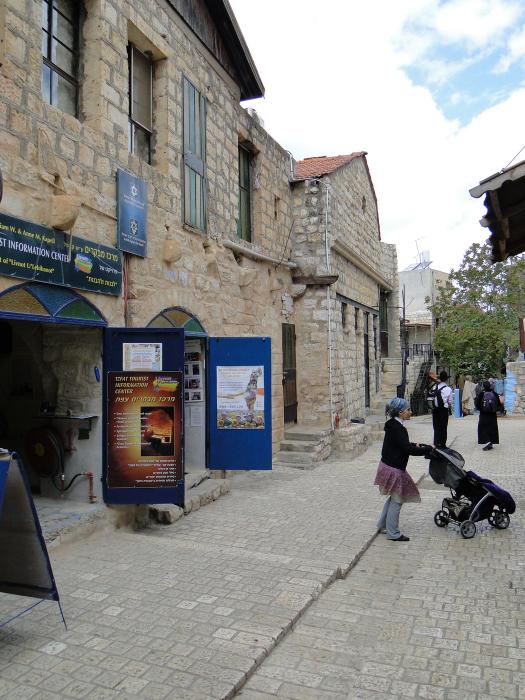 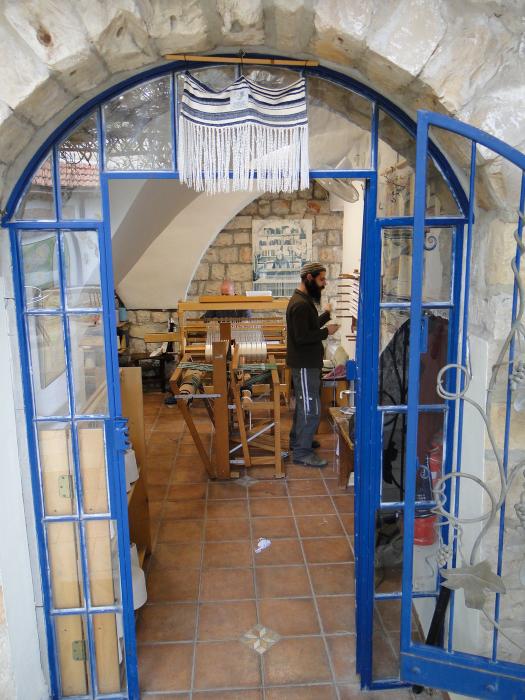 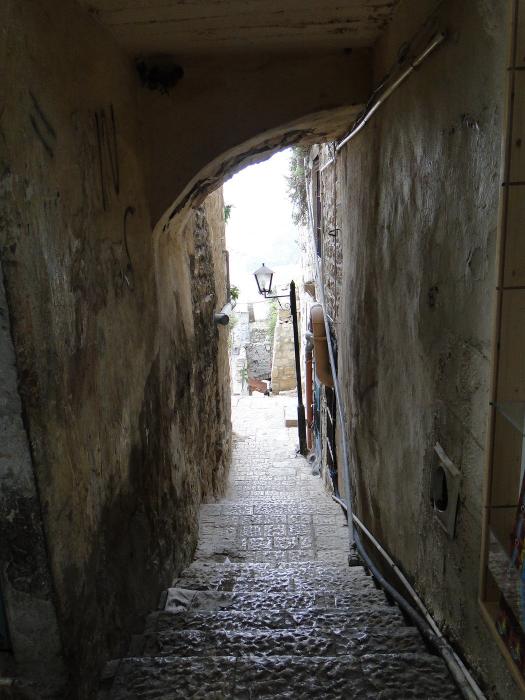 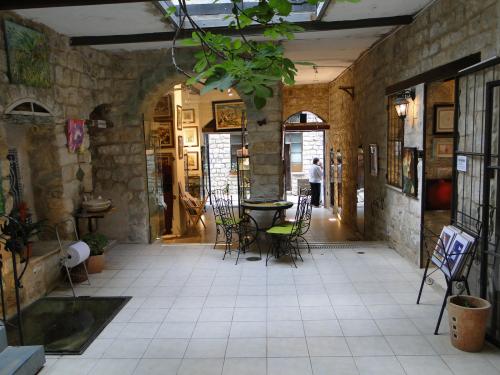 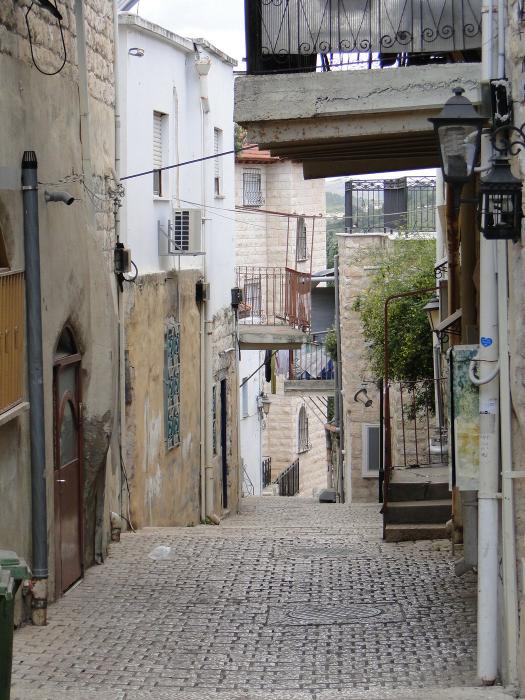 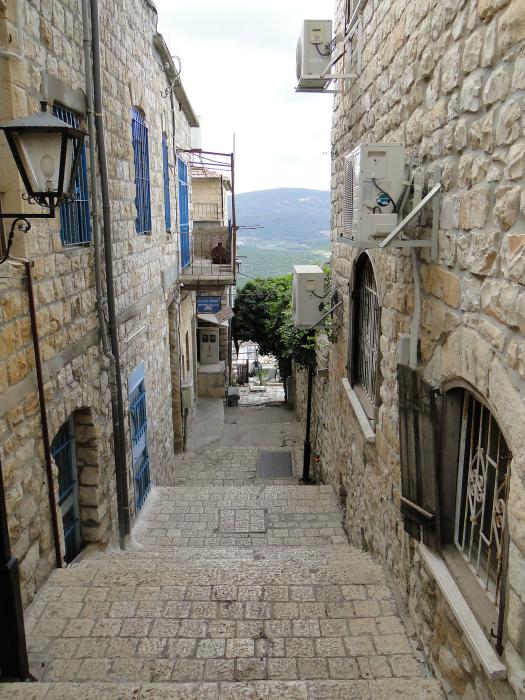 Here’s a little on the city from their official website :

Welcome to the web-site of the ancient city of Safed (also spelled Safed, Zefat, Tsfat, Zfat, Safad, Safes, Safet, Tzfat, etc.). A rather small town located in Northern Israel, 900 meters (3200 feet) above sea level in the mountains of the Upper Galilee, it commands magnificent views east to the Golan, north to the Hermon and Lebanon, west to Mt. Meron and the Amud Valley, and south to Tiberias and the Kinneret (Sea of Galilee).

For a long time Safed has been a well kept secret, even to most Israelis. However, according to the great mystics of the past, Safed is to play an important role in the final redemption. The Meam Loez, in the name of Rabbi Shimon bar Yochai, says that the Messiah will come from Safed on his way to Jerusalem. The Ari HaKodesh said that until the Third Temple is built, the Shechinah (God’s Manifest Presence) rests above Safed.

Its past is also rich and great. According to legend, Safed is where Shem and Ever, son and grandson of Noah, established their yeshiva where Jacob (Yaakov Avinu) studied for many years. According to other sources, the town was founded in 70AD. The city flourished in the 16th century, when many famous Jewish religious scholars and mystics moved to Safed following the Spanish Expulsion,, fleeing from the horrors of the Inquisition. Safed then became the spiritual center of the Jewish world, where Kabbalah (Jewish mysticism) reached the peak of its influence. Kabbalists, such as Rabbi Yitzhak Luria (Ha-Ari HaKadosh) and Rabbi Shlomo Alkabetz (author of Lecha Dodi) and Rabbi Yosef Karo (author of the Shulchan Aruch) just to name a few, made the city famous. It was here that the first printing press in the Middle East was set up, publishing in 1578 the first Hebrew book to be printed in Israel. At that time the town was also a thriving trade center.. However, Safed suffered terribly during the ensuing years due to earthquakes, plagues and Arab attacks. In modern times, the liberation of Safed was one of the most dramatic episodes in the 1948 War of Independence.

Safed is one of the four holy cities in Israel, together with Jerusalem, Hebron and Tiberias. The old part of town consists of narrow cobblestone alleys revealing artists’ galleries, medieval synagogues, private homes and small guest houses. Despite its small population (ca 27,000), Safed is once again making its mark on the map.

The view from the city down to the Galilee is gorgeous. 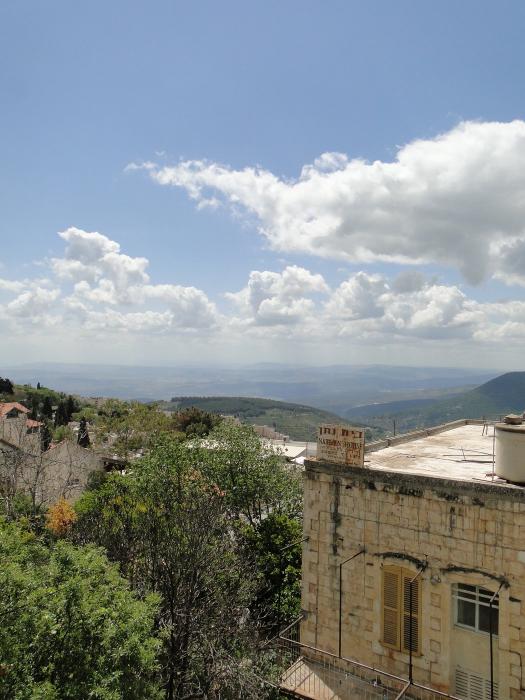 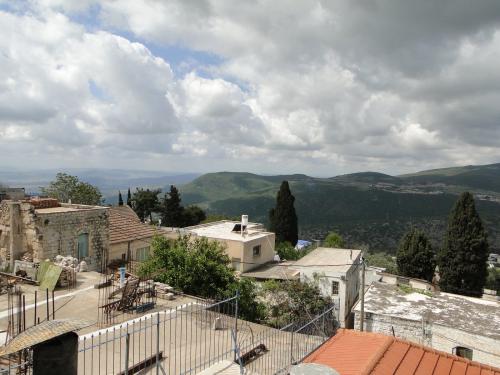 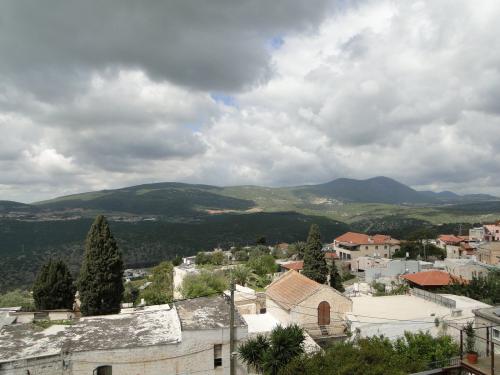 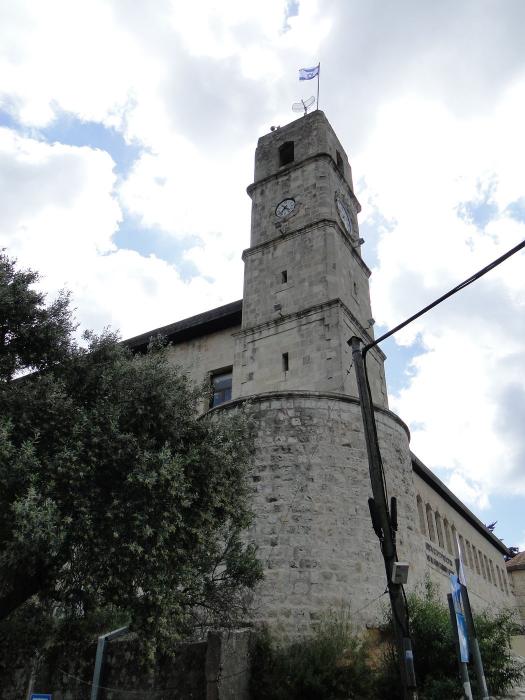