Together with Croatia’s Dubrovnik, Kotor of Montenegro is a highlight of my trip to the Balkans. It’s got it all. UNESCO World Heritage Site approved historical background set on an unbelievably gorgeous scenery featuring the Kotor Bay with the high rising mountains surrounding it. As far as traveling goes, it doesn’t get much better than this.

But before we go into the actual Kotor city, I’ll begin by describing my second day there, which featured taking a short ride and then a boat trip into the heart of Bay of Kotor to visit two small islands : Our Lady of the Ricks and Sveti Đorđe Island. 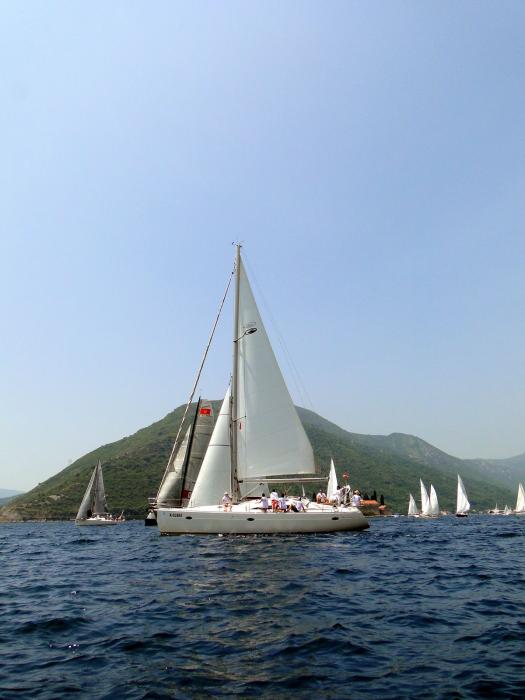 Our little boat arrived with a tanning girl onboard, to who the boatman referred to as a “special friend”. The guys on the boat couldn’t quite concentrate anything else : 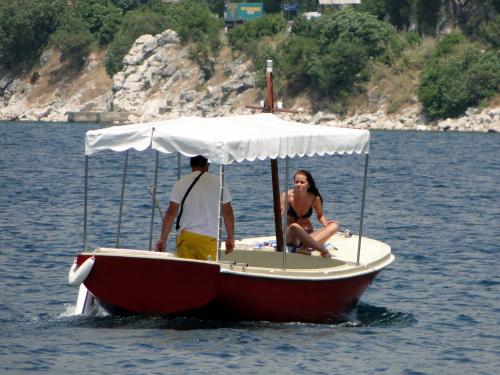 This is what you see, when you sail the Kotor Bay waters… gorgeous. 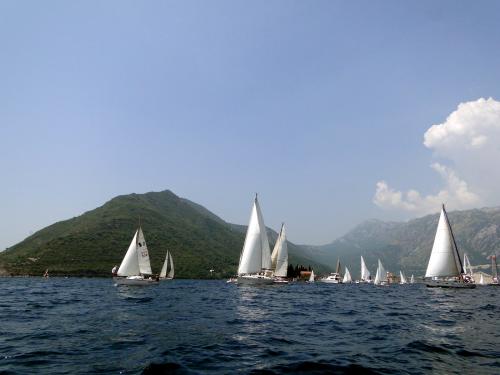 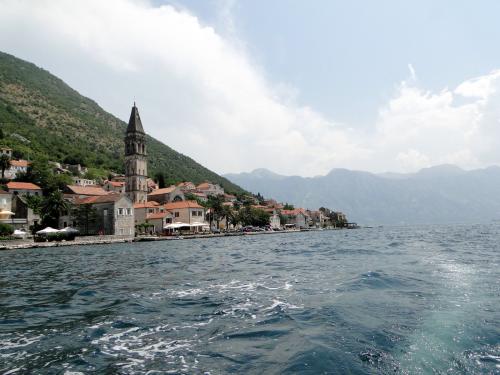 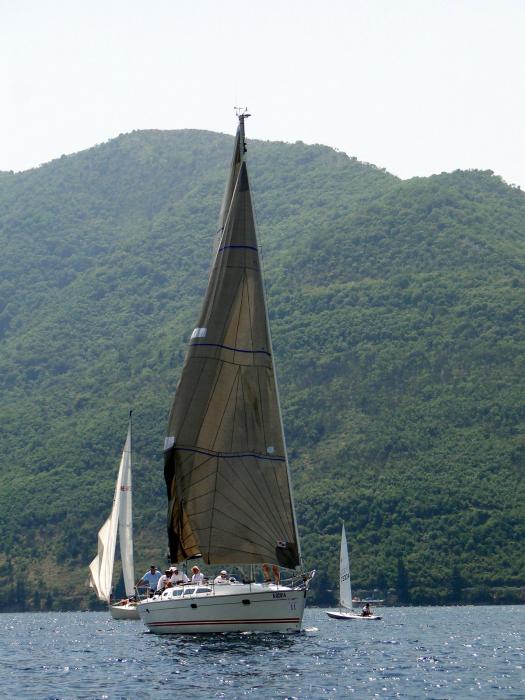 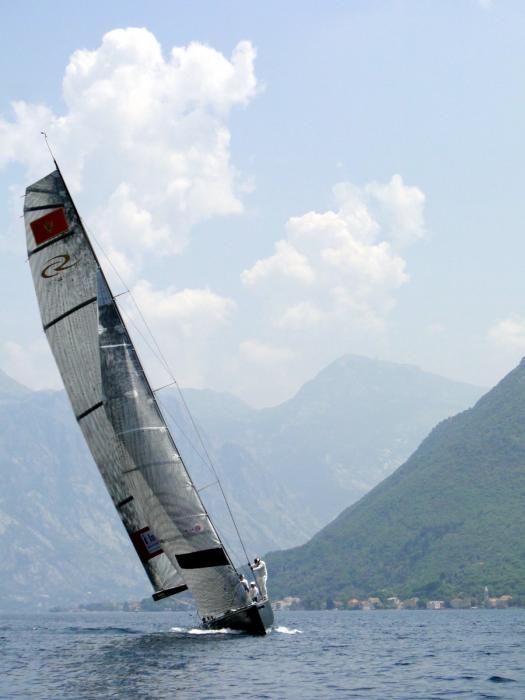 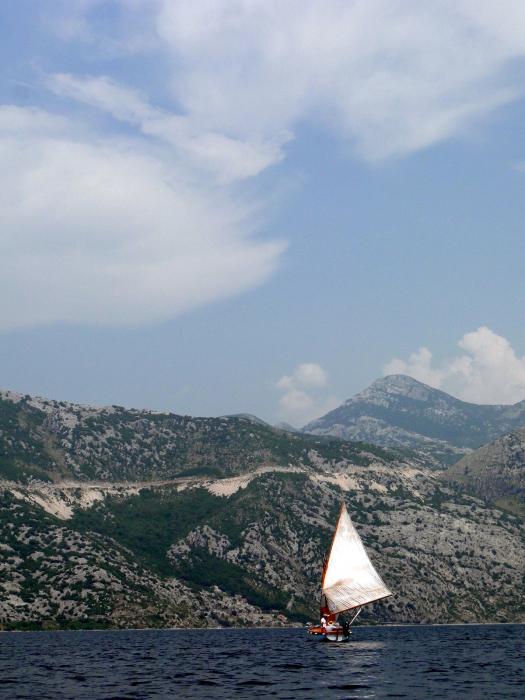 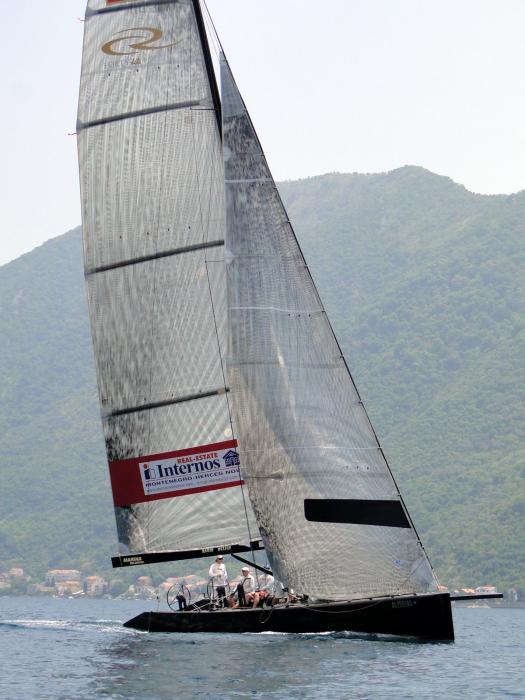 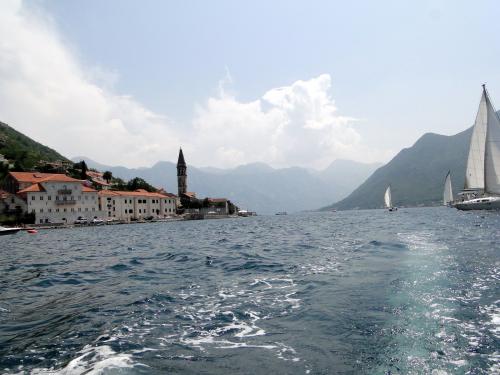 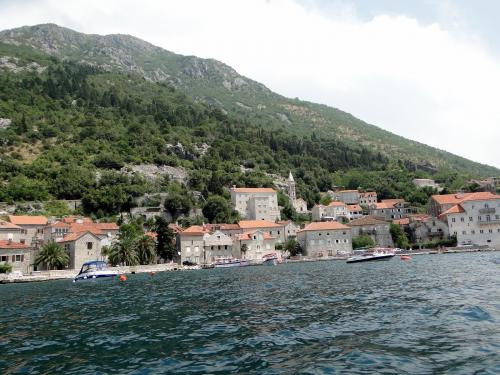 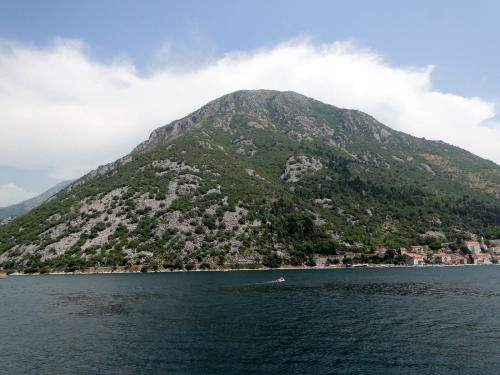 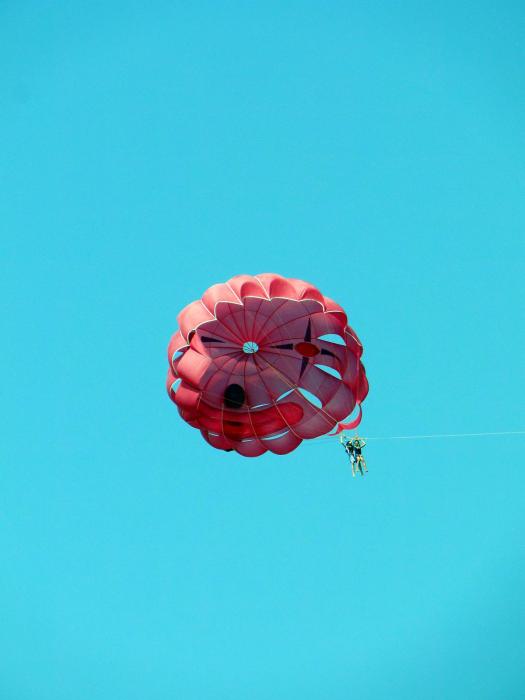 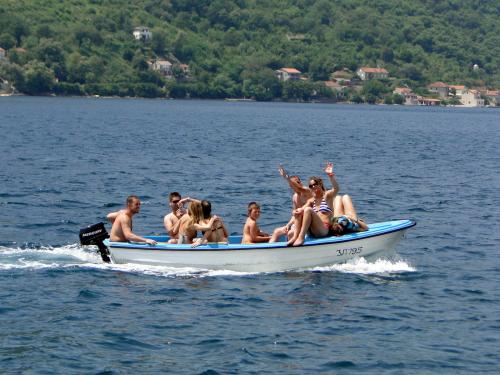 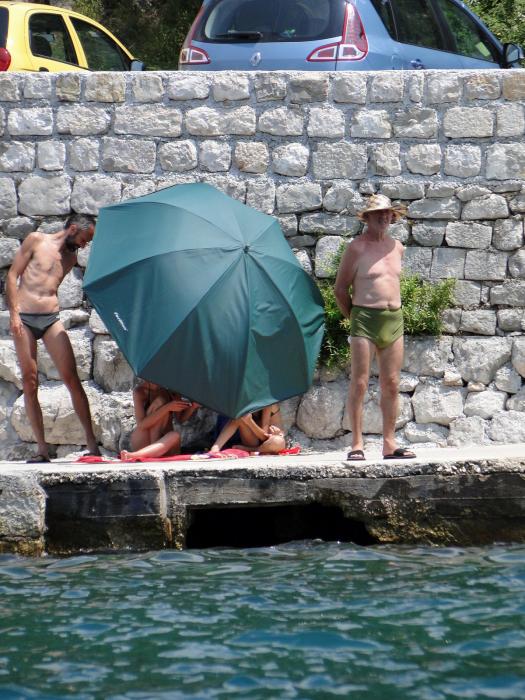 Okay, back to the islands. Apparently, there is one church on “Our Lady of the Rocks” and a monastery up on Sveti Đorđe Island. Here’s a bit of background from Wikipedia:

Our Lady of the Rocks is one of the two islets off the coast of Perast in Bay of Kotor, Montenegro (the other being Sveti Đorđe Island). It is an artificial island created by bulwark of rocks and by sinking old and seized ships loaded with rocks. The Roman Catholic Church of Our Lady of the Rocks (Italian: Chiesa della Madonna dello Scarpello) is the only building on the islet.

According to legend, the islet was made over the centuries by the seamen who kept an ancient oath after finding the icon of Madonna and Child on the rock in the sea on July 22, 1452. Upon returning from each successful voyage, they laid a rock in the Bay. Over time, the islet gradually emerged from the sea. The custom of throwing rocks into the sea is alive even nowadays. Every year on the sunset of July 22, an event called fašinada, when local residents take their boats and throw rocks into the sea, widening the surface of the island, takes place. 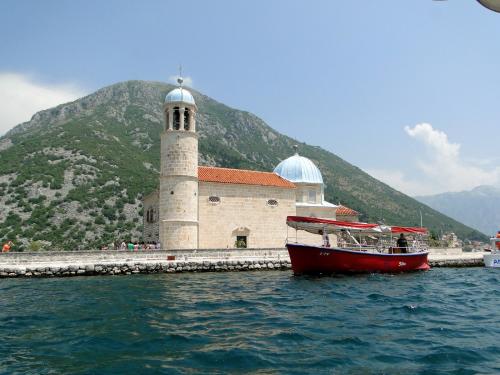 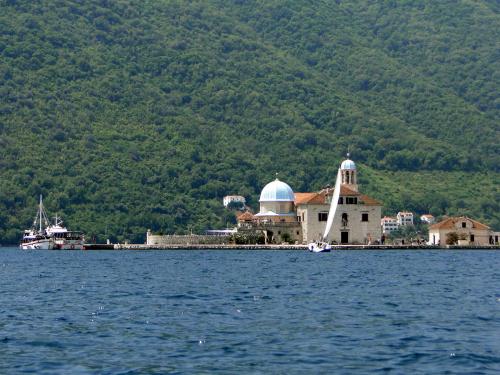 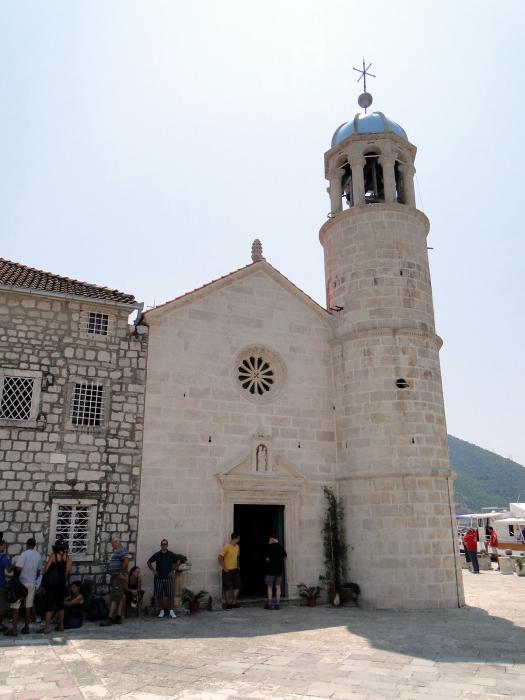 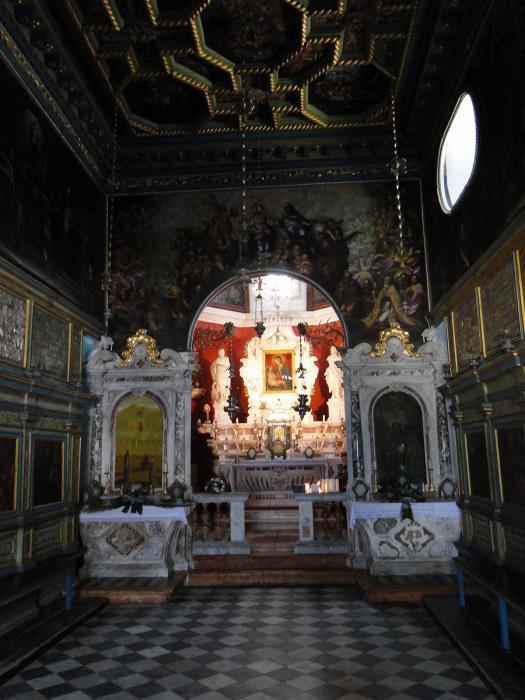 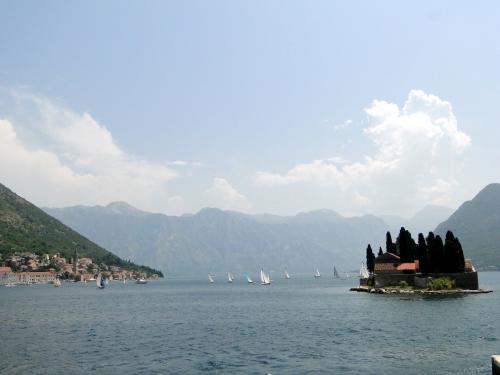 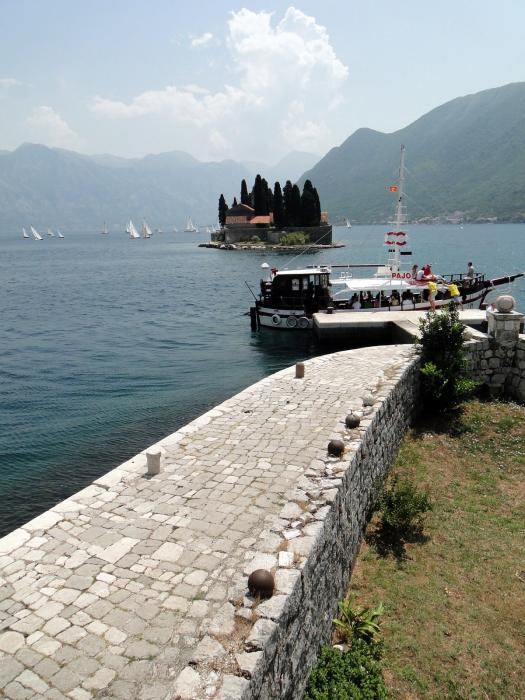 The location where we boarded the boat also had some beautiful buildings worth exploring more: 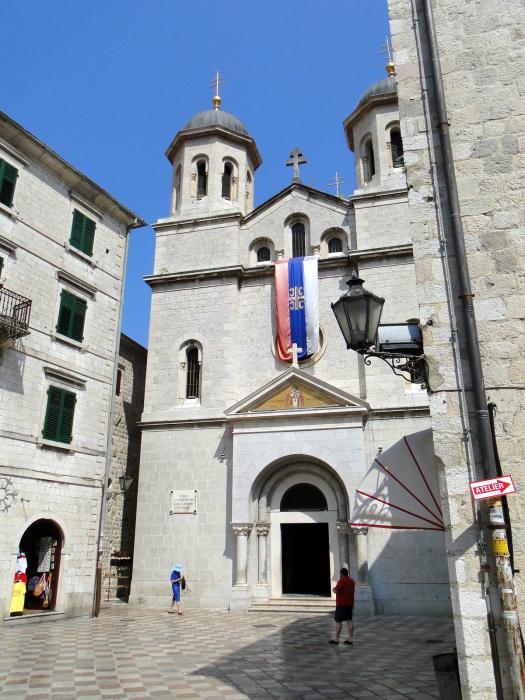 Your pictures of Kotor Bay are gorgeous. Thanks for the great article. I loved the time I spent in Kotor as well!