I’m a bit embarrassed to admit that it took me a year and a half in Hong Kong to attend a concert in the grand Hong Kong Culture Centre Concert Hall and even that was for free tickets I got from the university. Where has my classical music upbringing gone to? so here’s newyears’ resolution number 947 – attend more classical concerts…

Not that it was a big concert of anything too famous or popular (not that I’m saying that this should be the criteria) but just so you know how bad things are, here’s a snapshot of the hall a minute or two before the concert began and seconds before the ultra-efficient security guard jumped at me and threatened to take away my mobile, indicating just how empty the hall was. Which made me wonder, why I still had such crappy seats… 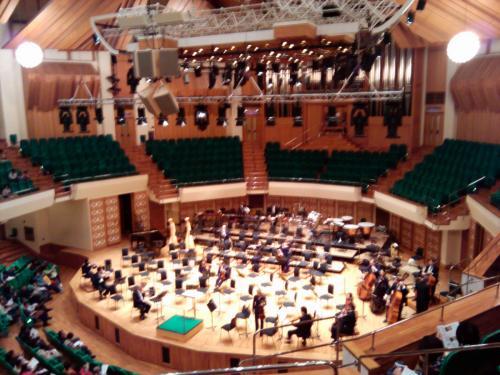 Oh well, back to the concert… so the first two parts were an attempted bridge between Chinese and western music, starring a Chinese gal called Tang JunQiao also playing Guo Wenjing’s Dizi Concerto. 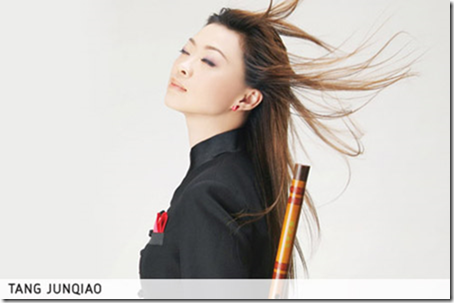 The French newspaper Le Monde has spoken of Guo Wenjing’s “unparalleled musical beauty and dramatic power”. A Chinese composer with a truly international reputation, Guo’s pride in his nation’s musical heritage is shown by his use of traditional Chinese instruments alongside western ones, as in this special commission from the HKPO. Copland, too, showed his national pride by basing themes in his Third Symphony on native American folk melodies, while French composer Henri Dutilleux celebrated the whole heritage of western musical in his work, five years in the making, which is an ingenious experiment in traditional musical forms.

Here’s an example of her flute skills from a CCTV production :

The program actually changed, and they opened with one Samuel Barber’s Adagio for Strings opus 11. It’s magnificent in every possible way:

They followed with Copland’s symphony number 3 (AKA Star-trek) which I absolutely adore. How can you not love this?

As for the cultural centre itself, I’d say it’s quite humble – in HK/China standards. Just by looking at it from the outside I thought it’s be grander… 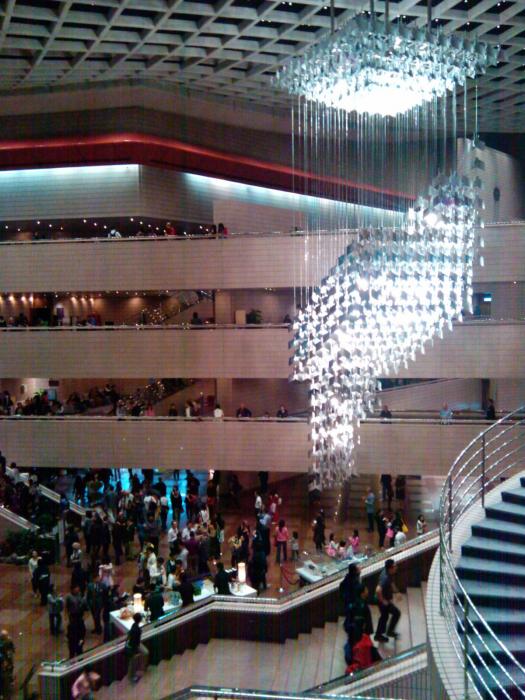 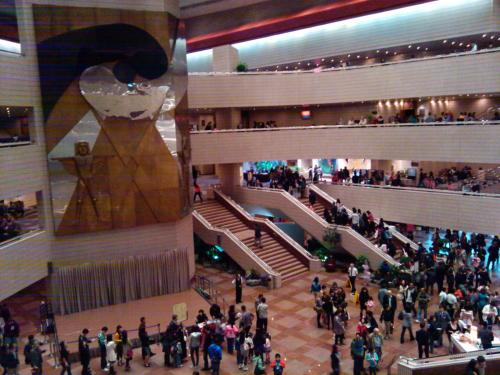 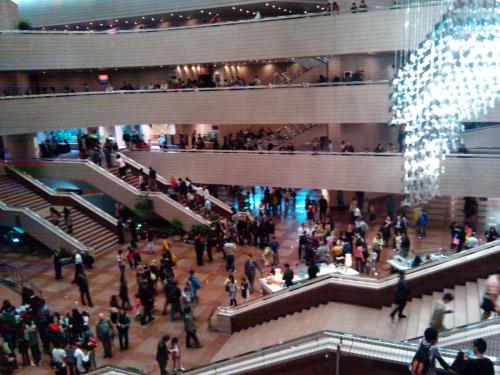 Outside, just before coming back we caught a few interesting things going on on Avenue of Stars:

Chinese folks singing old China songs (“oh, how great it is to sacrifice ourselves in the battle for chairman Mao” kind of thing)…

A good night out.