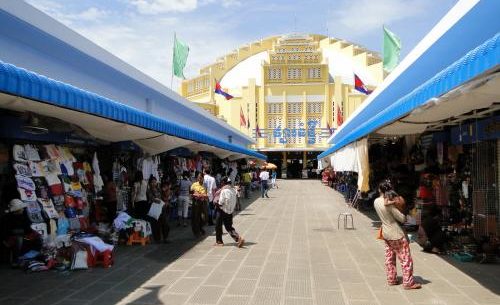 More than it is for local folks, the Phnom Pehn central market (Phsar Thom Thmei) is another one of those recently renovated building of Phnom Pehn Art Deco French colonial architecture aimed to attract tourists. Seems like there are quite a few of those in Phnom Pehn despite everything it’s been going through, and if you get the funding then you can do wonders.

The few locals folks you’re more likely to find in the food sections out in the streets surrounding the central building, but it’s mostly for the more upscale trade in the main hall that’s about jewelry and gold that keeps the place running and tourists coming. 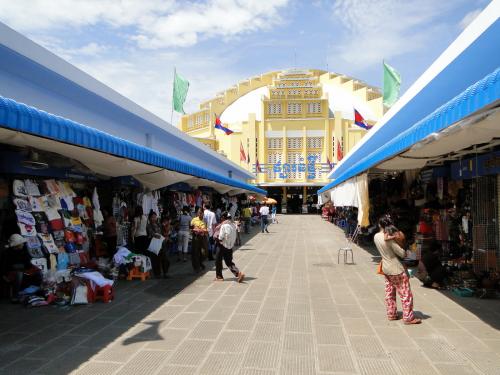 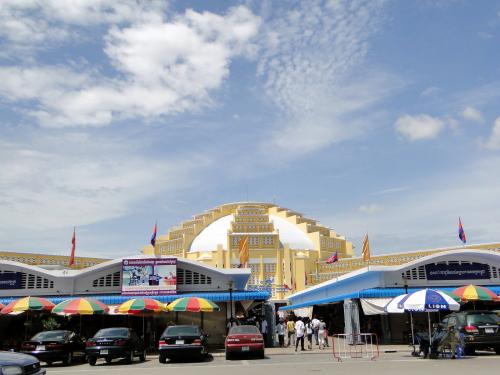 Side note – it’s amazing how scarce information in English about Cambodia is. Still, it’s work in progress and I could tell the government’s trying.

The Phnom Pehn government website has a bit about the background:

The Phnom Penh Central Market is housed in a colonial-style building in the heart of the Cambodian capital. Its Khmer name Psar Thmay translates as "new market", although it is more commonly referred in English as Central Market.

The Psar Thmay was built in 1937 during the French colonial period, in Art Deco style, and is painted bright ochre. It consists of four wings dominated by a central dome. Within the four wings and around the compound outside are on sale almost anything you can think of, including electronic equipment, clothing, watches, bags, suitcases, dried and fresh foodstuff, jewellery, clothes from cheap t-shirts to krama (Khmer scarves), pseudo-antique, books including photocopied travel guides and lots of souvenirs.

The inside halls are quite nice… 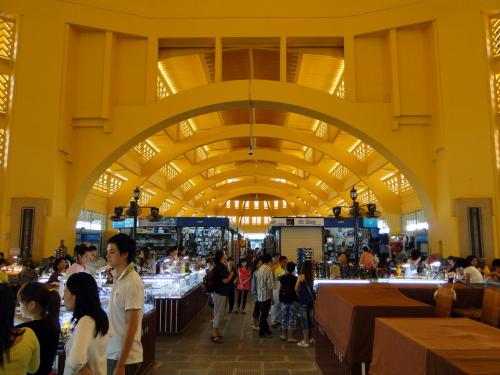 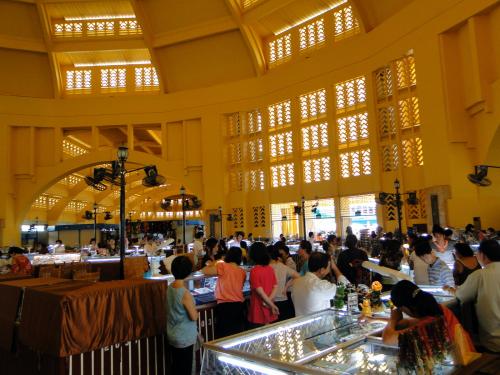 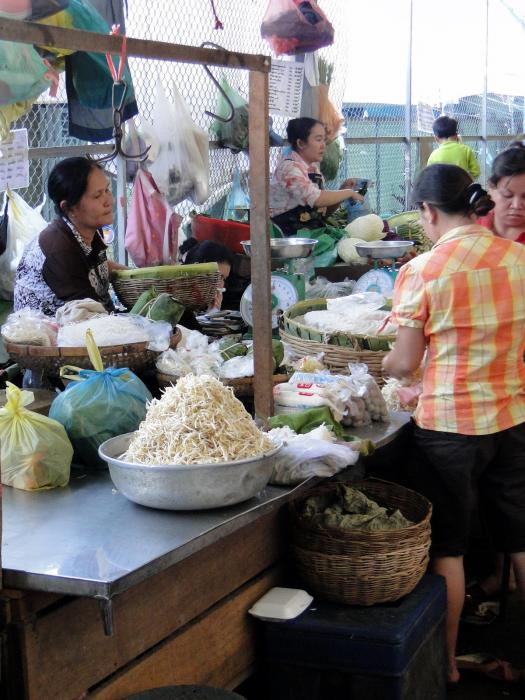 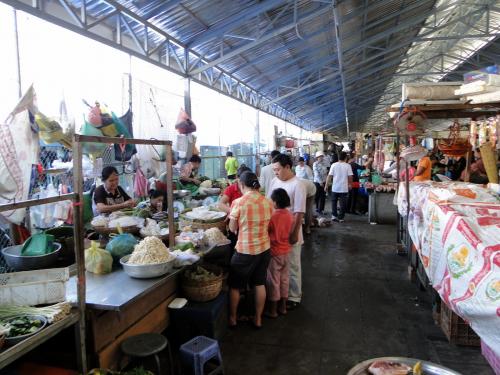 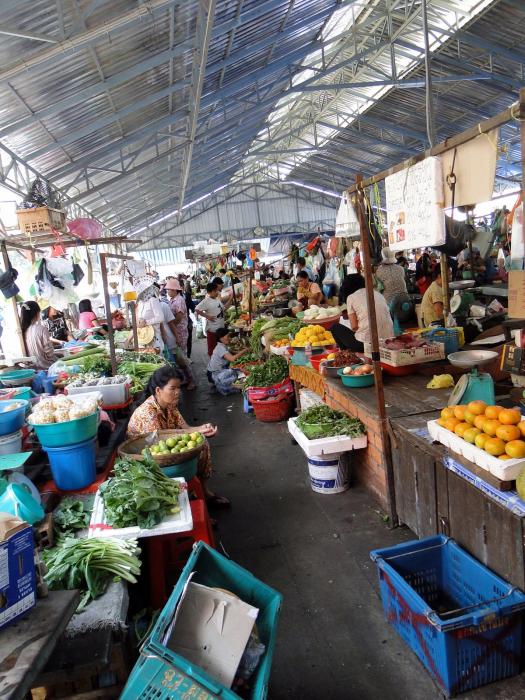 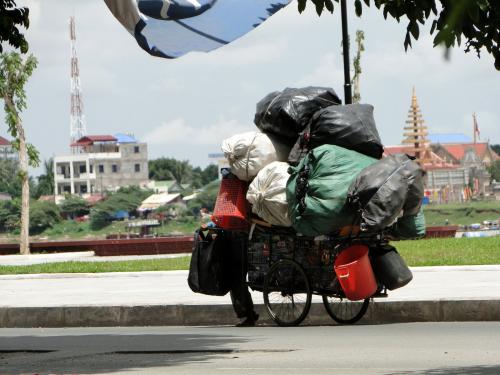 More on the central market: 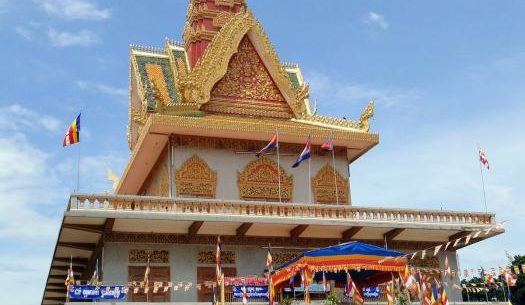 Arriving at any city, at any place in the world, I try to get a feel of the local life by simply talking walks. While this may sound obvious, it’s not always that simple. Being a foreigner in a strange 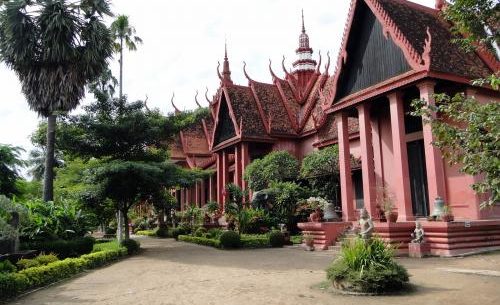 One of the major attractions when you’re visiting Phnom Penh, very close to the Cambodian Royal Palace, is the National Museum of Cambodia. Housed in a lovely open Cambodian style structure, the museum hosts a number of exhibitions surrounding the 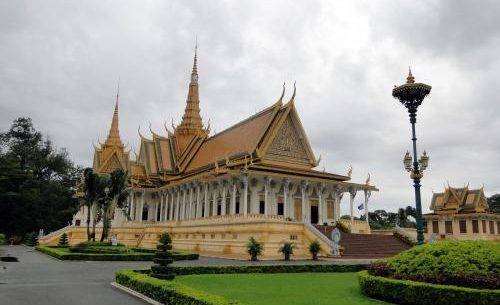 I’ve been lucky. Always wanted to go see Cambodia and visit Angkor Wat, so when HK’s Dragon Air had a weekend getaway to Cambodia for 1300HK$ I immediately booked the flight. Thing is with those weekend getaways is that you’re