Among the many attractions one can find in the gorgeous old town of Kotor, the museum that seems to stand our of the lot is the Maritime Museum of Montenegro. 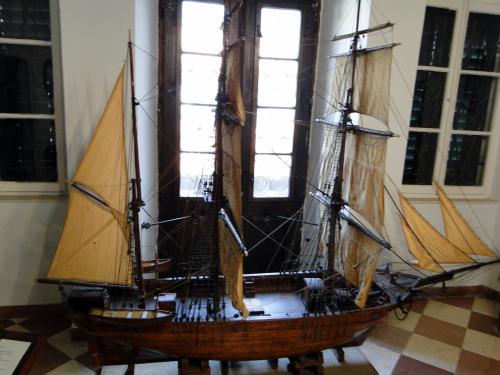 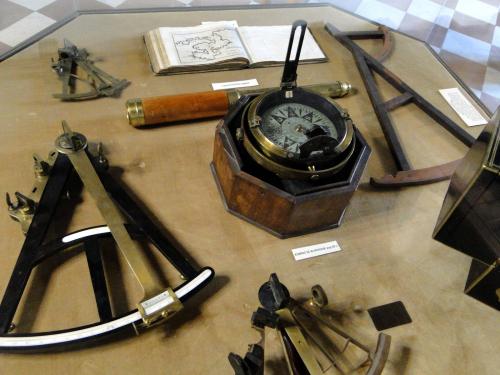 The Museum official homepage has the intro:

The Maritime Museum of Montenegro in Kotor has grown out of the collection founded by the "Boka Marine" Fraternity, around the year 1880 and opened to public in 1900. It gradually enlarged and in 1938, it was re-arranged and opened to visitors on the first floor of the present Museum building. It was only after the end of World War II, in the period 1949-1952, that the whole building, Baroque palace of the noble Grgurina family from the beginning of the 18th century, was completely restored and adapted to meet the needs of the Museum.

The disastrous earthquake of April 15,1979, caused halt in regular activities of the Museum, its building being considerably damaged. In the period from 1982 to 1984, conservation and restoration works were finished and after the five year period of renovation, the Museum continued its activities.

The Visit Montenegro website proclaims the museum to be Montenegro’s “top 5 places you must visit” :

Your visit to the Old town in Kotor can be supplemented with the visit of the Maritime museum, which is found on the Square of the Boka fleet. Whoever you ask or in whatever part of Kotor you are, and you ask someone about the Maritime museum, you will quickly get the information and come to the desired location.

Sailing in Kotor began to develop during the middle century, and the record of that is the narrative of the foundation of the fraternity of Kotor seaman, Boka fleet, in IX century. The memories on those long gone days and years, on the successes of the famous Kotor seaman, artists, ship builders, crafts man, states man, and diplomats, intermediaries between west and east, are today kept in the Maritime museum in Kotor, which is situated in the baroque palace Grgurin, and with due respect it preserves the fame of Boka and Boka navy. In the museum among other things one can find portraits of the famous captains, models of old galleys and sail boats, navigational instruments, and other very valuable exponents.

In the hole of the museum one can see six bronze tables in relief, on which the most important events and personalities from the tumultuous history of Kotor are displayed. Also, the museum has exhibited geographic maps, engravings and aquarelles of the coastal towns. There is also an ethnographic collection, which testifies of the golden age of Kotor navigation from XVI to XVIII century. In Kotor maritime museum a copy of the oldest document about the navigation in the areas of Boka dating from 1168, is being preserved.

Simply told in Maritime museum in Kotor all the treasure of our sea is exhibited. That treasure protects maritime traditions from oblivion, and connects the sea in Kotor with their people, famous seaman, who have sailed from it towards the far away seas. Next to the very entrance in the medieval palace Grgurin, there are two small cannons, which are symbols of the constant battle of the Boka seaman and pirates.

I might not go as far as “top 5” but if you’re visiting Kotor’s old town it’s worth visiting. 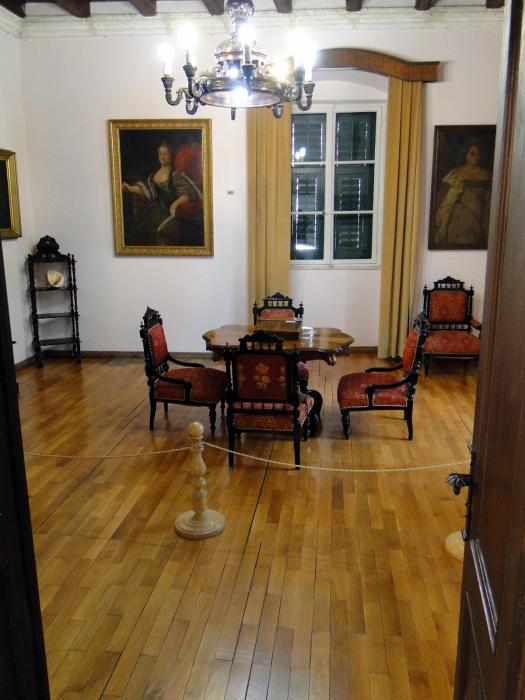 (Find me in this next photo…) 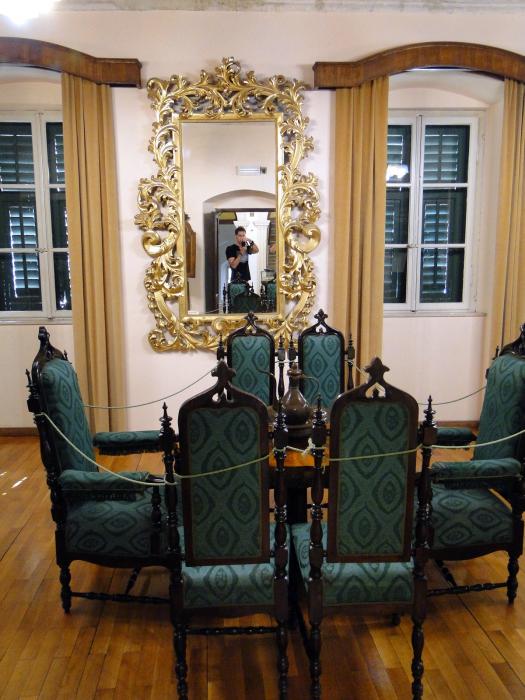 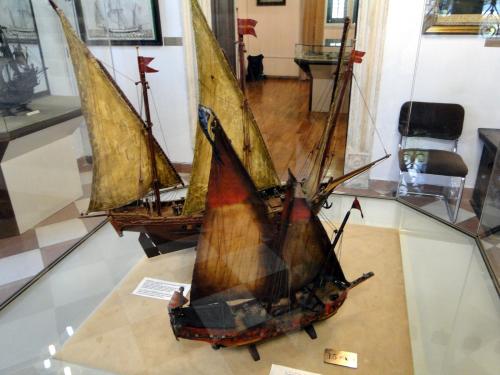 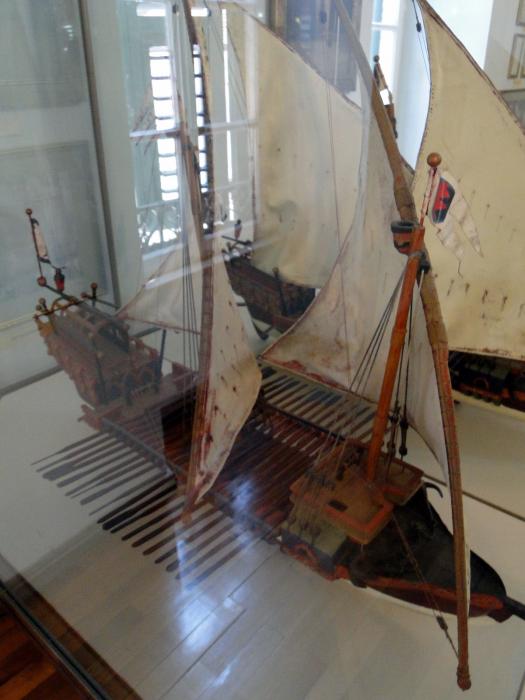 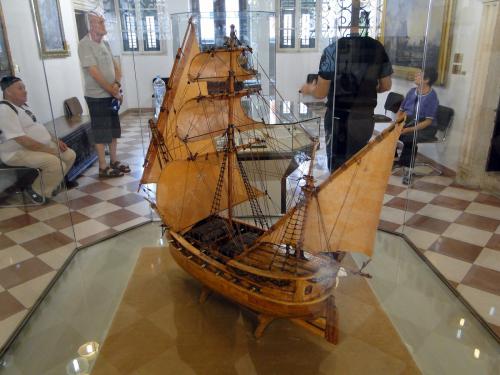 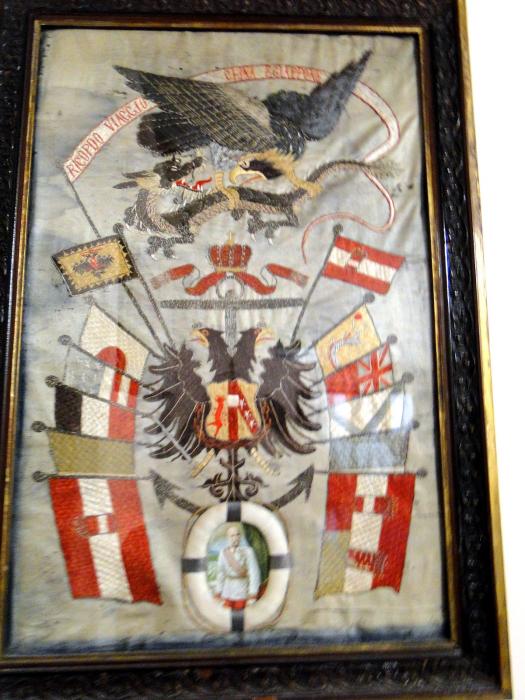 All in all, quite interesting. 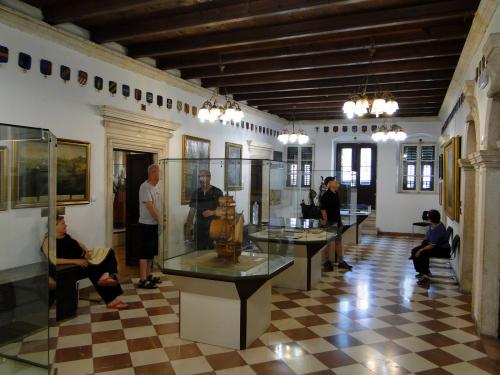 It is highly recommended that you go through this with a knowledgeable tour guide who can elaborate on the curious stories of the local noble families or rent the local audio-tour gadget with detailed information about the exhibits.