Ulcinj is a nice little town in Montenegro combining beach culture with a pretty old castle and a bit of local history dating back almost 2000 years. It’s not that well known as an international tourist destination but during high season you can expect to see hordes of European & Russian tourists coming in to work on their tan and their drinking skills. 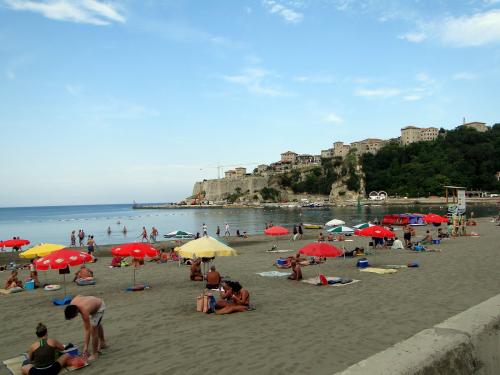 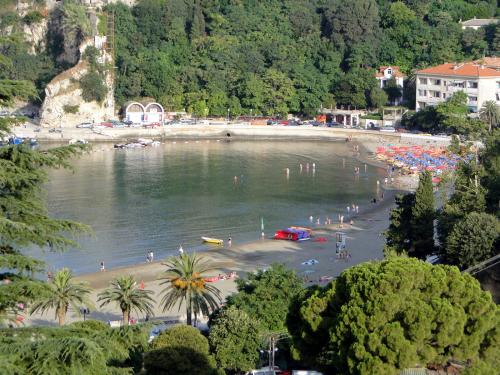 As far as tourism is concerned Wikipedia seems to be the only source of English based info on the topic, probably put there by the Montenegro tourism bureau : 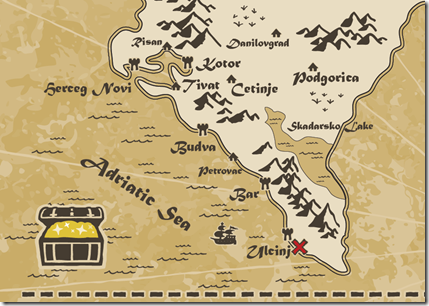 The Ulcinj "south coast" region of Montenegro is a popular tourist destination. The summer time in particular, is a popular time for visitors to Ulcinj. Although still undiscovered by many travelers from larger countries, repeat tourists and an increasing amount of first time visitors make Ulcinj a hot spot for vacationers between the months of May and September.

It is most famous for its beaches, which are considered the most beautiful in Montenegro. The most valuable resource of the Ulcinj riviera is Velika Plaza / Plazha e Madhe (literally "Big Beach"), which is a 12 km (7.5 mi) long portion of sandy beach – the longest on the Montenegrin coast. There is also a beach that holds the name Mala Plaža ("Plazha Vogel") which is much smaller in size, but is very popular with visitors. "The Korzo" as it is called by locals, is a strip-like walkway ligning the small beach. At night during the summer months, young tourists walk past one another while bright lights decorate the street and live music invades their ear drums. It is said that some of the most beautiful girls in South Eastern Europe, visiting Ulcinj as tourists, can be found walking about the Korzo on a nightly basis. There are many more less known smaller beaches that serve as a get-away to many people looking to catch their breath.
The Castle of Ulcinj

Ulcinj’s old town is a very well preserved castle-looking community that is left over from medieval times. The old town sits atop a mountain overlooking the shore and is a tourist The majority of tourists in Ulcinj are Albanians, Germans, Italians, and Eastern Europeans. A large number of Americans who are either of Albanian descent or were born in or near the city of Ulcinj often make the city a prime summer time destination.

The sandy beaches Ultsinya, approximately 17 kilometers long, have become a trademark of Montenegro’s southern coast. However, few tourists know that in these places there is a shoreline area called Ladies Beach.[9] In a small pebble bay, hidden by rocks, for more than a century women have come for infertility treatment.

Though the beaches are not as nice as some of the other nearby tourist destinations, I do find the little old castle up on the mountain quite nice to walk around and I enjoyed the general coastal scenery around town. 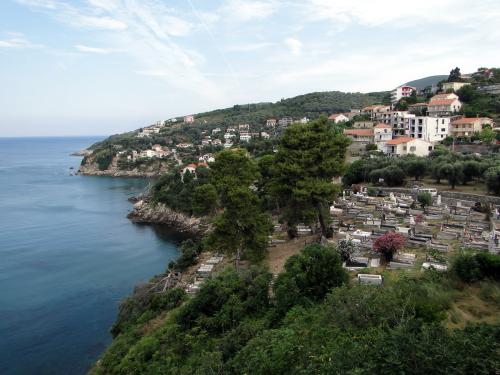 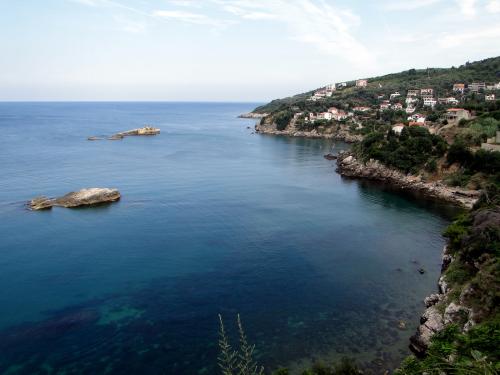 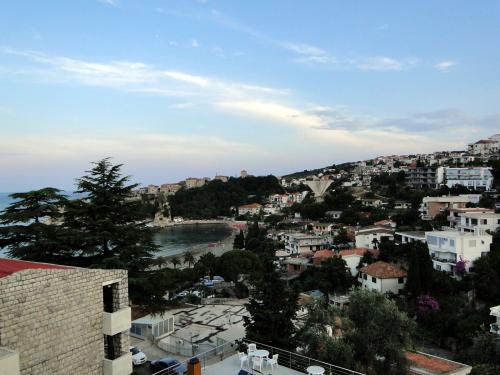 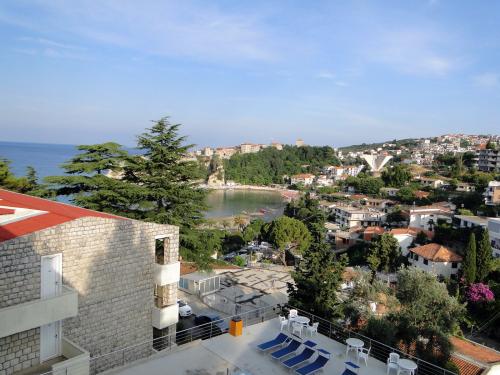 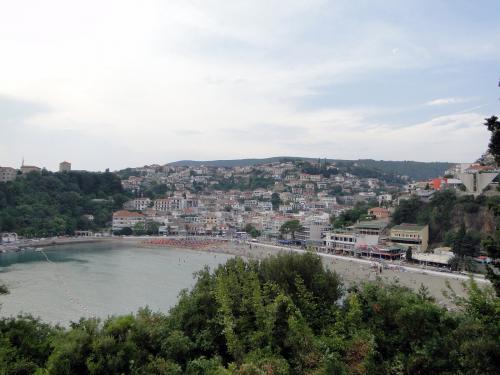 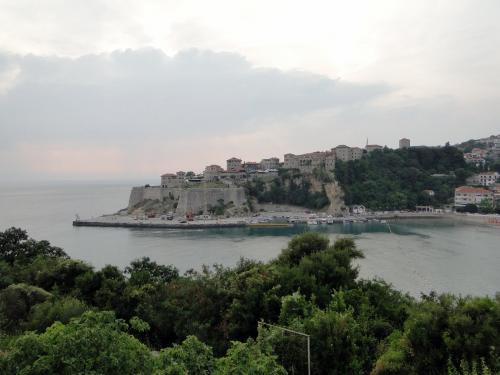 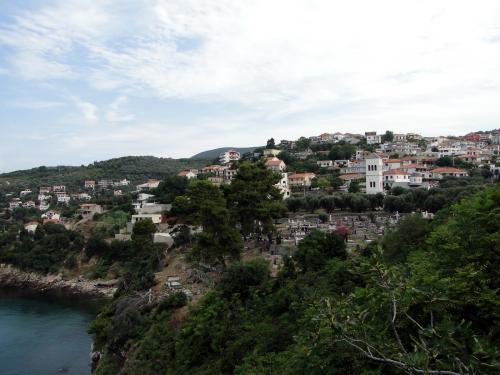 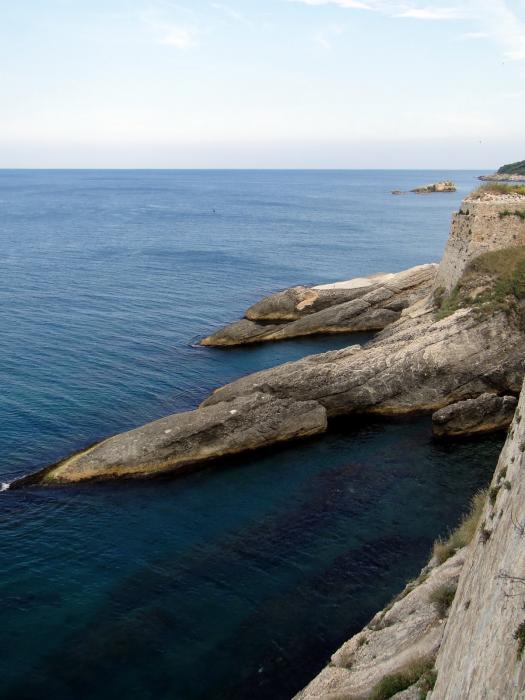 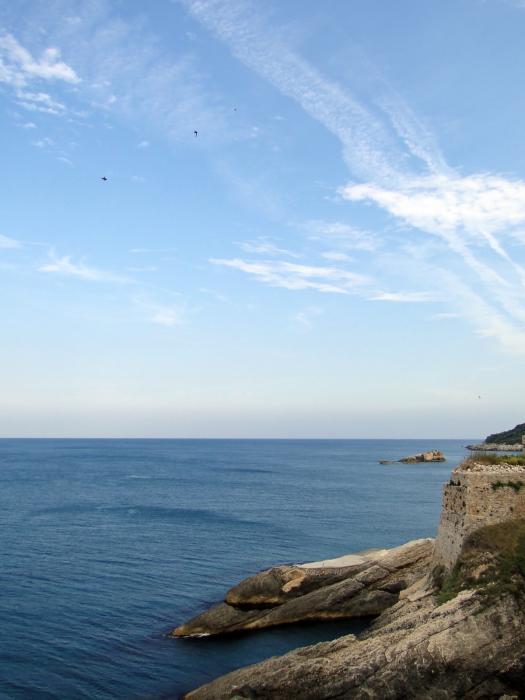 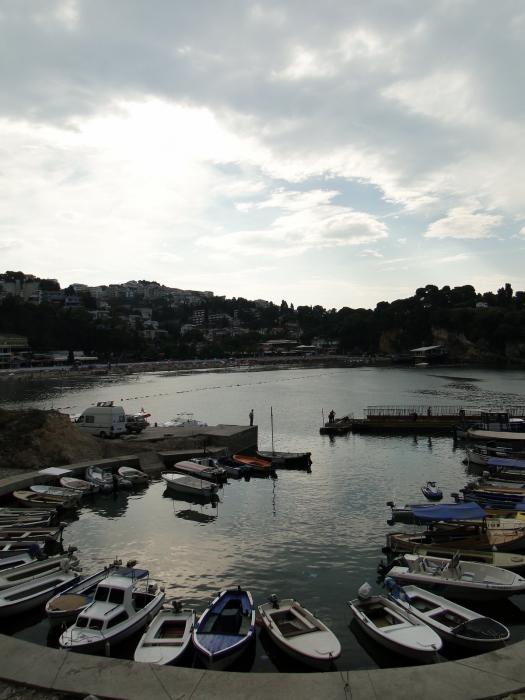 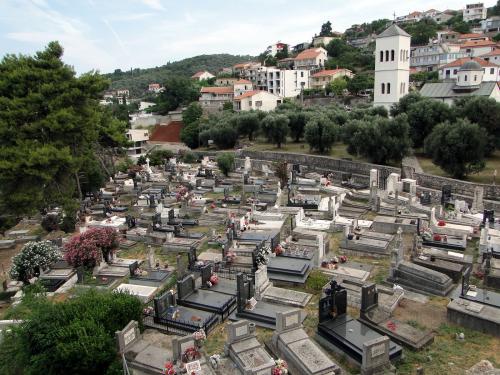 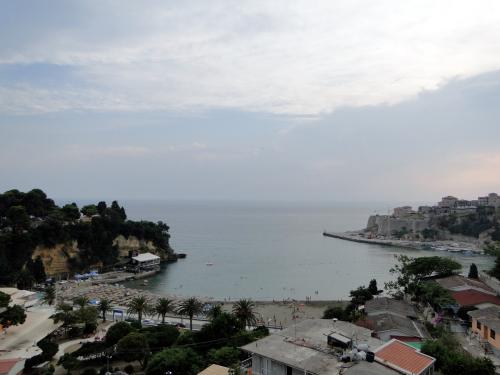 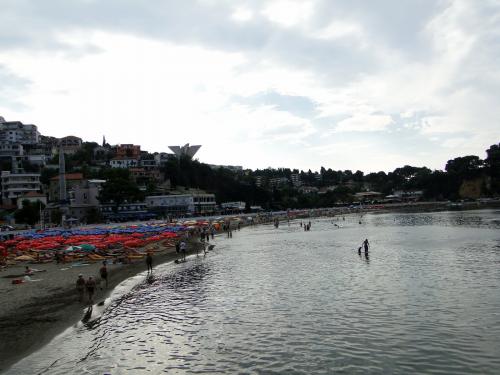 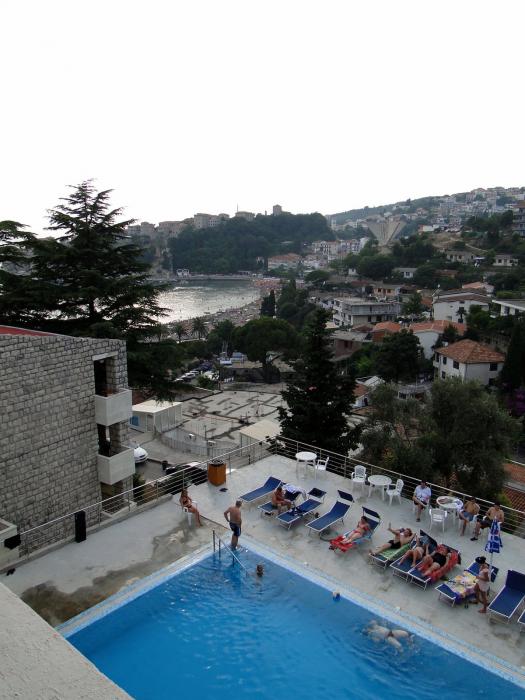 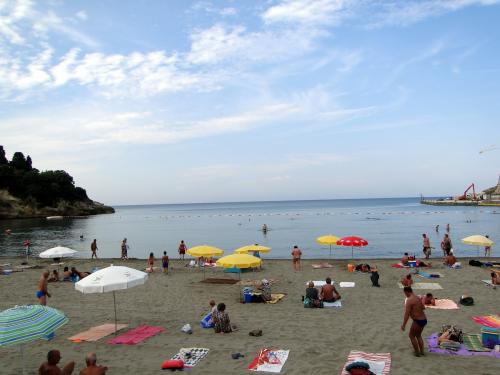 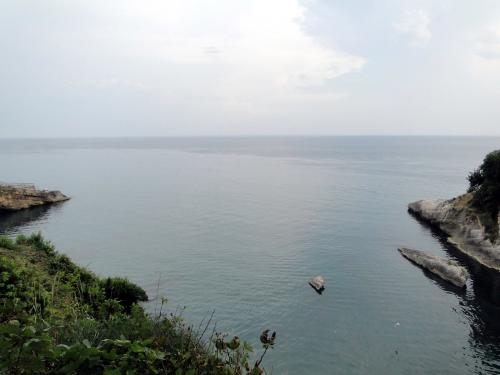 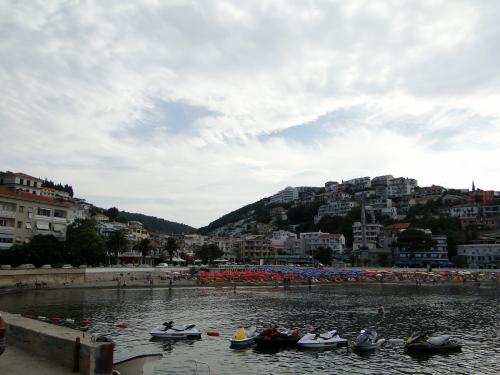 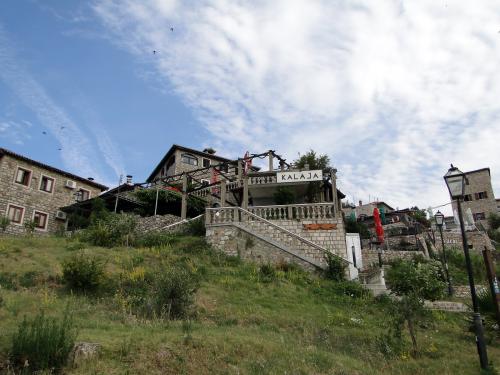 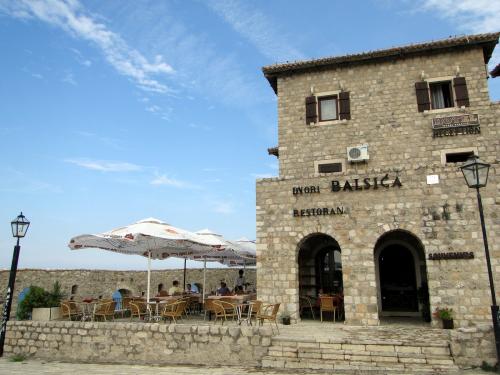 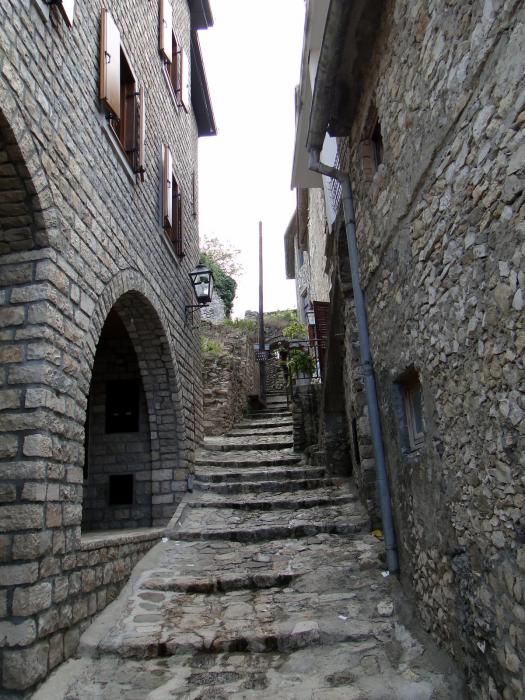 There’s a bit more on the little town in the following :