To my surprise, Beijing has a bit of a religious diversity. I wasn’t expecting to find anything other than Daoist, Buddhist or Confucian temples, but it turns out the colonial powers have managed to infiltrate in and somehow survive communism. Xishiku Cathedral, or Church of the Saviour, is the largest of the churches, dating back as far as 1703, though it’s been in its current location since 1887. It has also taken part in some of the local historical political events, being under siege during the Boxer rebellion by ten thousand Boxers who wanted to get their hands on the foreigners. How it managed to survive is still not clear, but some say it was nothing short of a miracle. 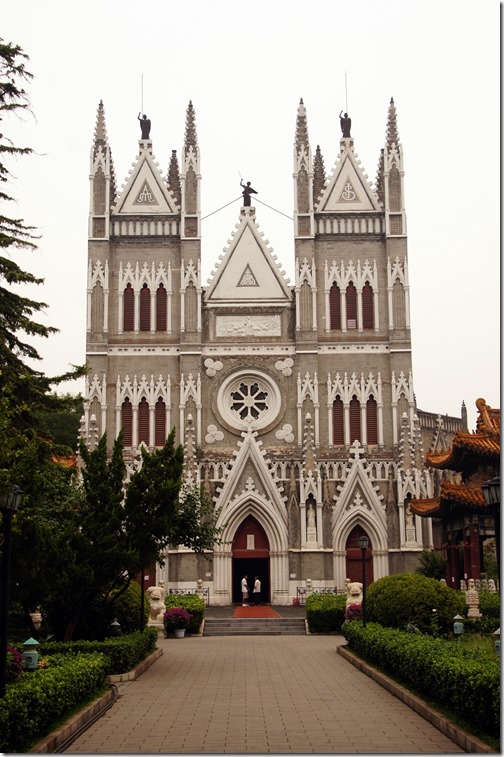 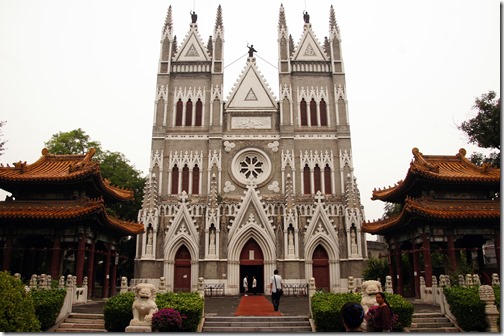 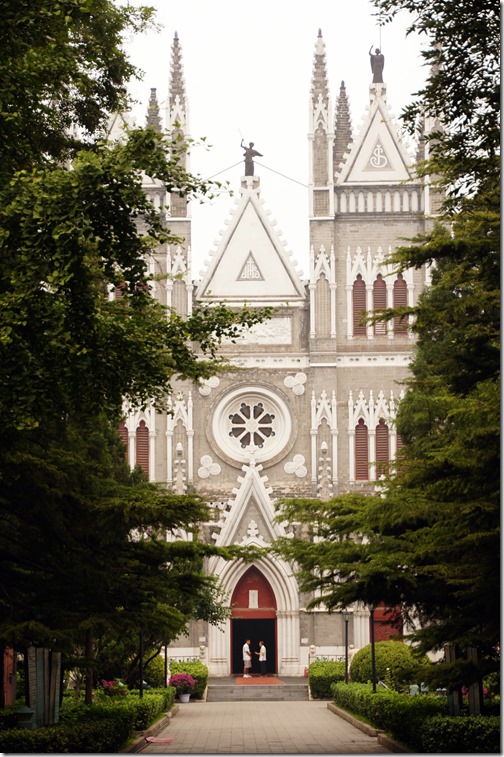 Not too far away from Bei-Hai, the northern lake, and surrounded by the homes of Beijing’s political elite, it’s in pretty good location.

If you’re interested in the church history, visit Dr Ben’s for an exhaustive summary. 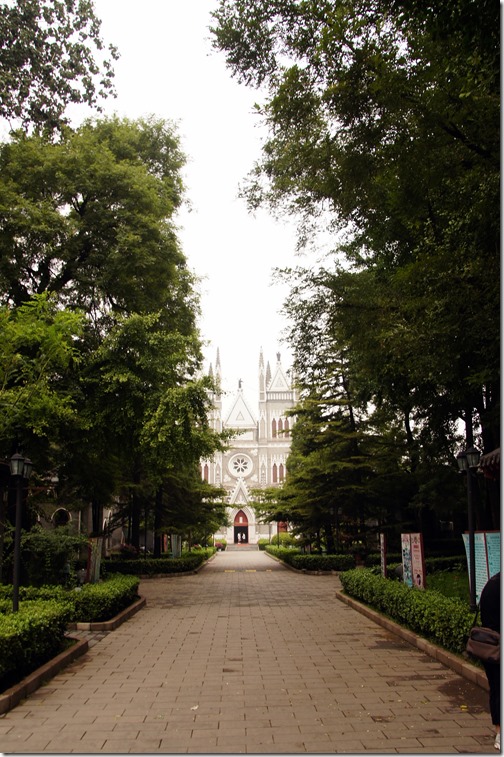 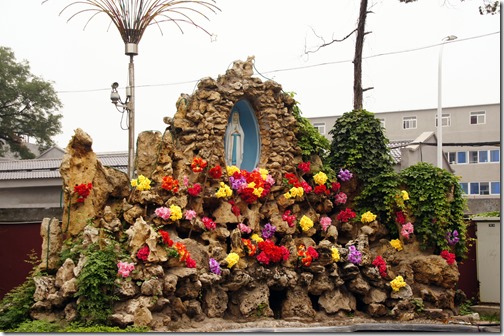 Let’s have a sneak peak inside… 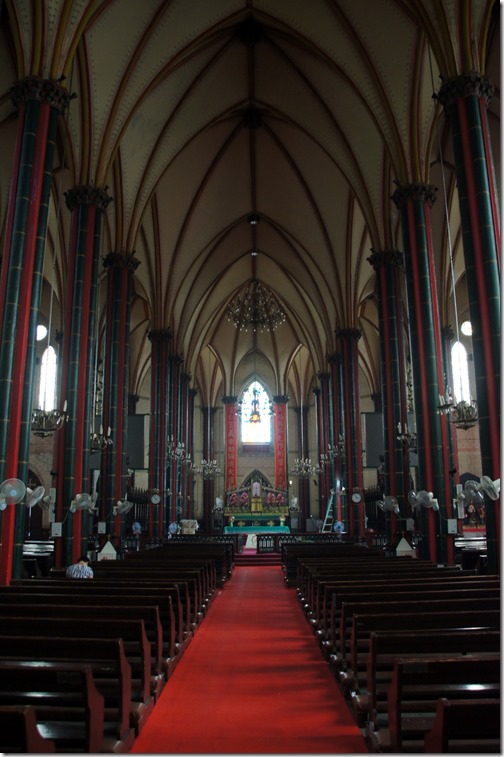 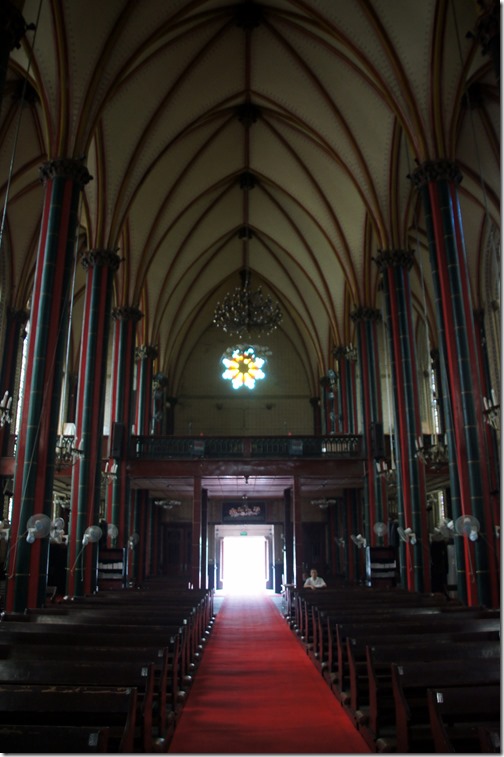 Quite impressive, wouldn’t you say? I wonder if any of the locals go to service here, and I’m somewhat curious how it’s been regarded by the political leadership. My guess, not many locals attend – if at all, and it’s still somewhat frowned upon by society. But, I could be wrong.

If you’re in the Bei Hai area, consider coming in for a visit of a landmark of Chinese-foreigner relations history.