Continuing the temple tour of the magical Kamakura area, a daytrip from Tokyo, is Japan’s second tallest Buddha statue at the Kotoku-in Temple. A somewhat humble temple compared to others in the area (e.g. Hasedera or Tsurugaoka Hachimangu), it still attracts attention due to this large statue, constructed mid 13th century. You can even go and have a look inside the Buddha. 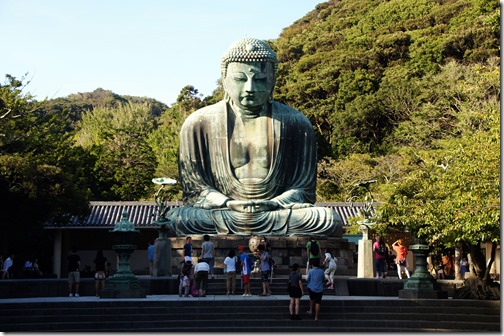 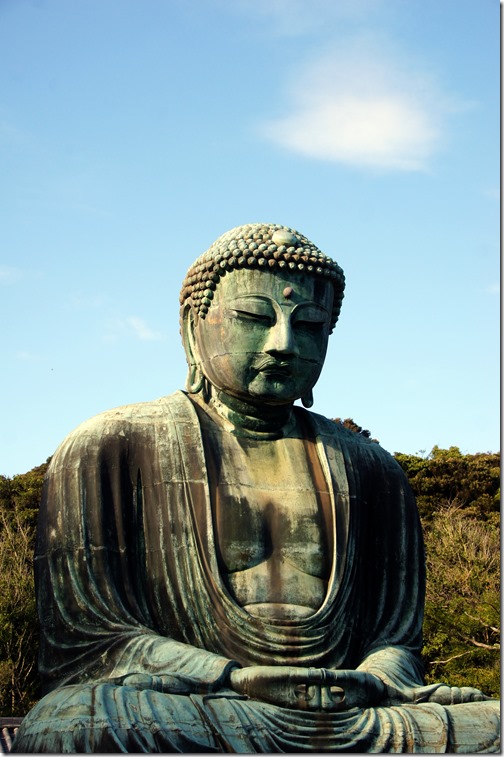 The Great Buddha of Kamakura is a monumental outdoor bronze statue of Amitābha Buddha located at the Kōtoku-in Temple in Kamakura, Kanagawa Prefecture, Japan. The bronze statue probably dates from 1252, in the Kamakura period, according to temple records. […]

The statue is approximately 13.35 meters tall including the base and weighs approximately 93 tonnes. The statue is hollow, and visitors can view the interior. […] A notice at the entrance to the grounds reads, "Stranger, whosoever thou art and whatsoever be thy creed, when thou enterest this sanctuary remember thou treadest upon ground hallowed by the worship of ages. This is the Temple of Bhudda (sic) and the gate of the eternal, and should therefore be entered with reverence."

The Great Kanto Earthquake of 1923 destroyed the base the statue sits upon, but the base was repaired in 1925. Repairs to the statue were carried out in 1960-1961, when the neck was strengthened and measures were taken to protect it from earthquakes

Here’s what you can expect to see inside: 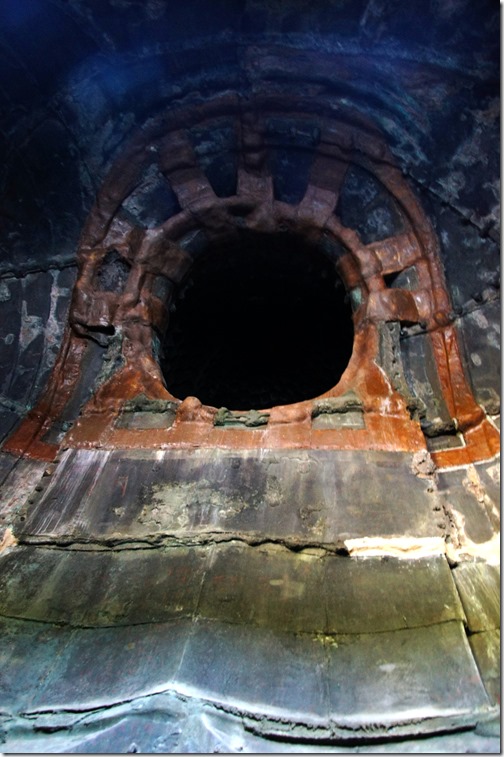 The entrance to the temple complex : 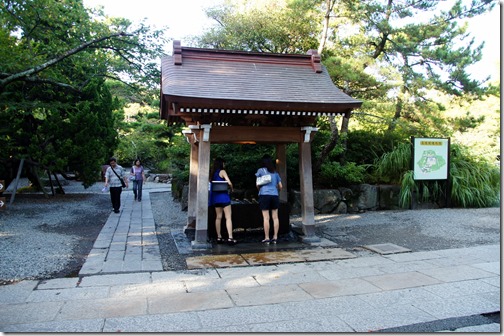 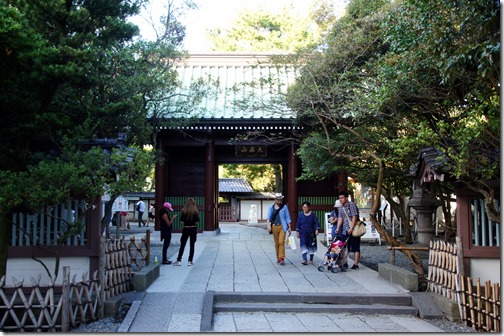 Not a must, but if you’re in the area – shouldn’t take more than a couple of minutes for a cute Buddha photoshoot.