To supplement all the big attractions in Beijing are a number of smaller historical attractions of the local Chinese royalty that presided in the area. Dating back to mid-18th century the Prince Kung Mansion is perhaps the best preserved palace you can find in Beijing. It’s located within walking distance from the the back and northern lakes (Hou Hai and Bei Hai) and the complex has a number of gardens and grand Chinese residential houses. It’s a very quiet and charming little place, set between the narrow Hutong alleys surrounding some of nicest lakes in Beijing. 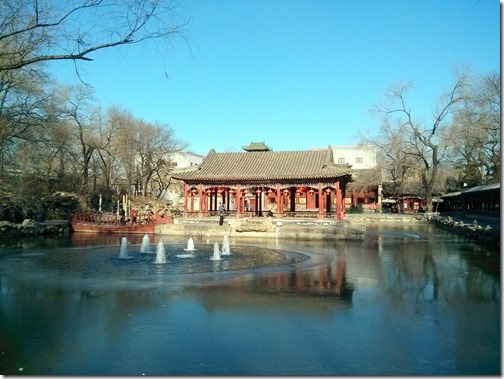 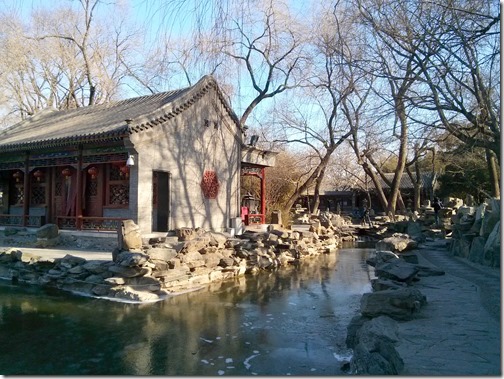 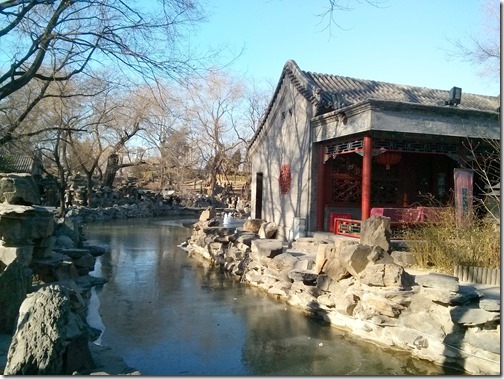 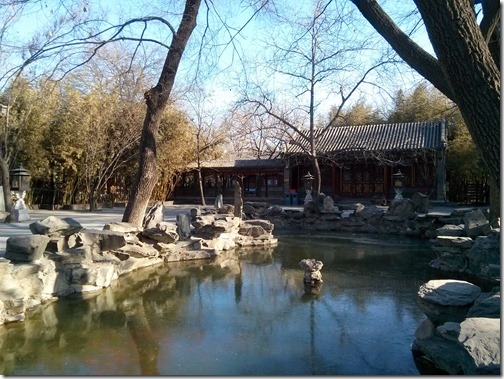 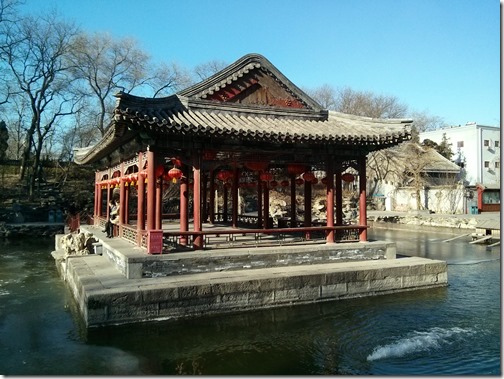 Reminded me a bit of some of the residences I saw in Suzhou.

Travel China Guide has the background:

It is Beijing’s largest and the best preserved Qing Dynasty (1644-1911) princely mansion and is located at Qianhai Xijie to the north of Shichahai. This fine example of ancient Chinese architecture with its cultural connotations is important not only for its aesthetic value but as an asset to those who wish to study the lifestyle of the privileged classes in the feudal society of a bygone era; it also has an interesting history.

The mansion was constructed around the year 1777 and was originally the private residence of Heshen. A member of the imperial guard, the handsome and intelligent twenty-five year old Heshen came to the attention of the Qing Dynasty Emperor Qianlong (1736-1796). Before long Heshen was promoted to positions normally occupied by the most experienced officials, including those controlling finance and the appointment of civil servants; thus enabling him to acquire great wealth. The aging Qinglong did nothing to curb Heshen’s corruption but his successor, Emperor Jiaqing (1796-1820), had Heshen executed and his property, which was assessed at over 800 million ounces of silver, was confiscated. The mansion was passed to Prince Qing in 1799. Eventually Emperor Xianfeng (1851-1862) transferred the ownership to Prince Gong and it is his name that was to become that of the mansion.

The dwelling is a traditional courtyard mansion of a style that was so popular in imperial Beijing. The complex covers a total area of 60,000 square meters (14.9 acres). Just over half of this is the residential portion, while the remainder is devoted to an ornamental garden to the rear. […]

The garden, surrounded by artificial mountains, is known as Jincui Yuan, and is of high standing on account of its layout and distinct design. It covers an area of 28,000 square meters (6.9 acres) and includes twenty scenic spots, each widely different from the others. The entrance via a cavern brings you into a spacious yard. A high but graceful rockery at the center point greets you. There are mountain peaks, ponds, caves, studies and pavilions distributed throughout the garden. The ‘Western-Style Gate,’ the ‘Grand Theater House’ and the ‘fu’ Stele to be found in the garden are referred to as the ‘Three Uniqueness in the Prince Gong’s Mansion’. 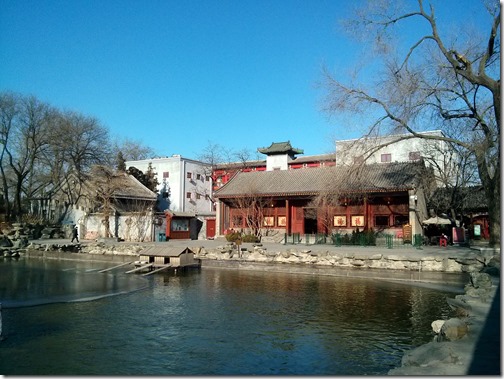 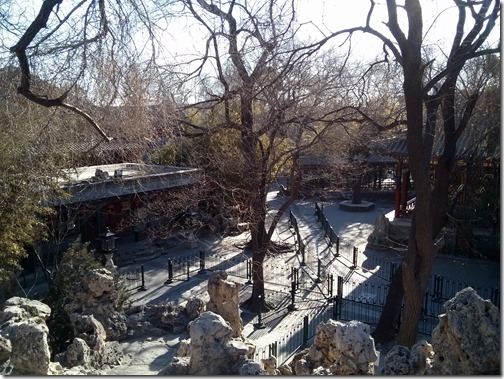 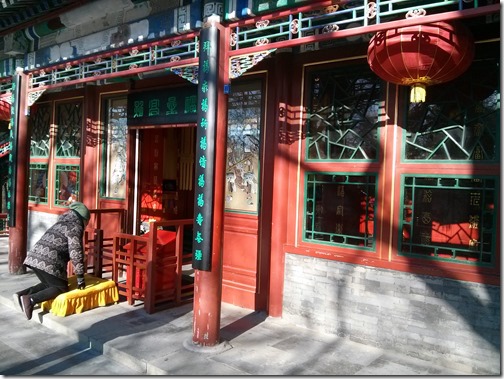 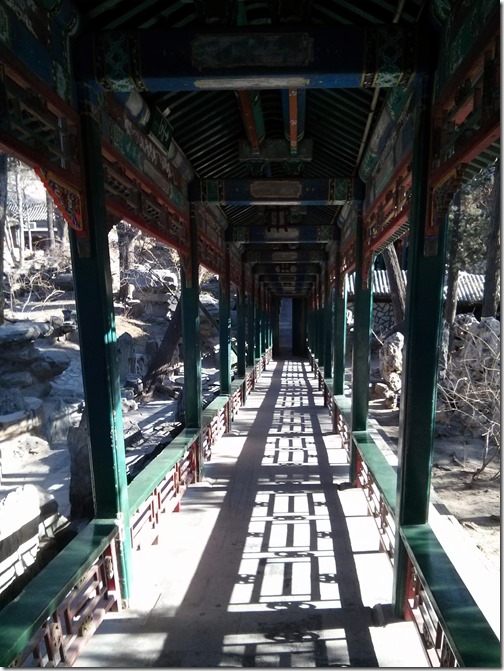 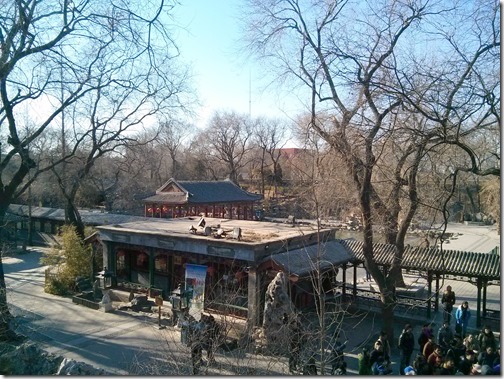 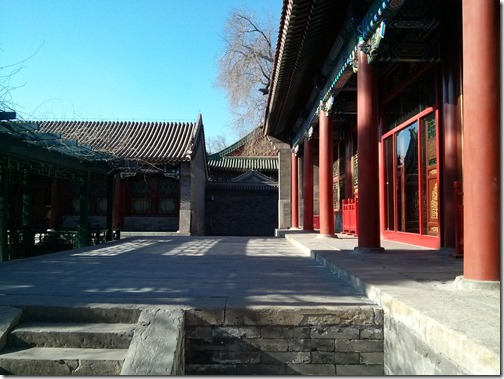 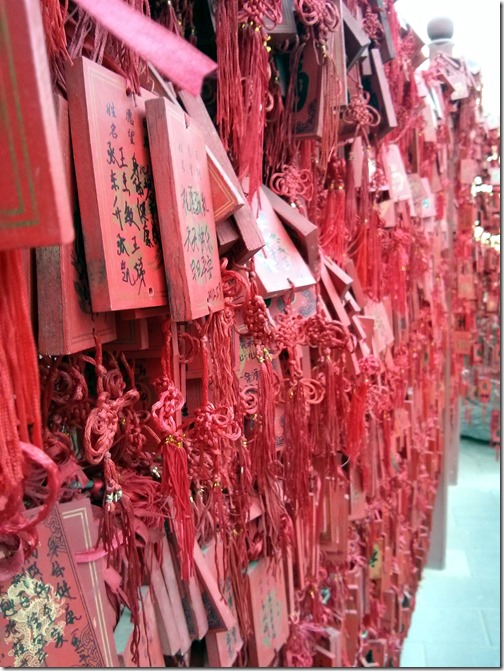 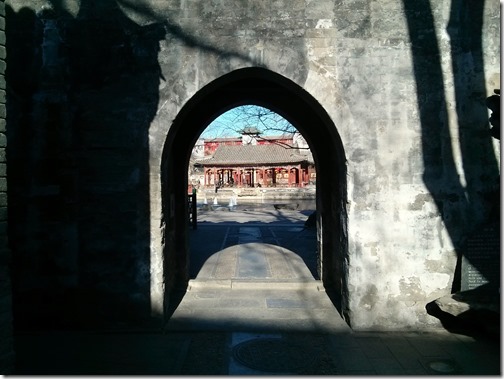 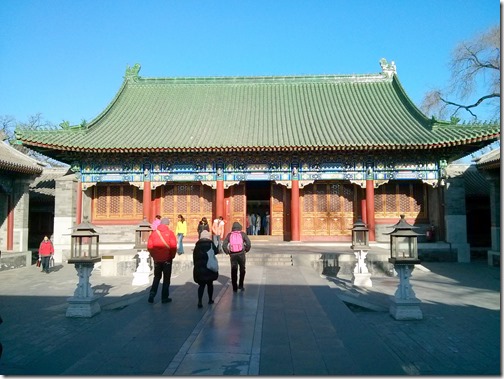 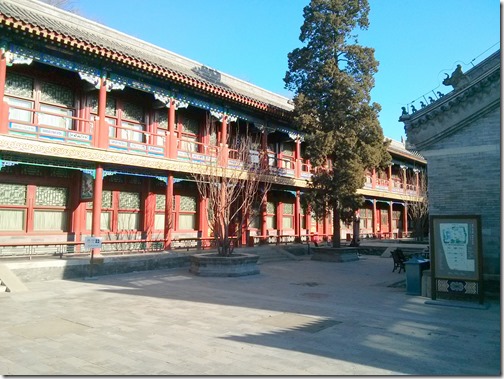 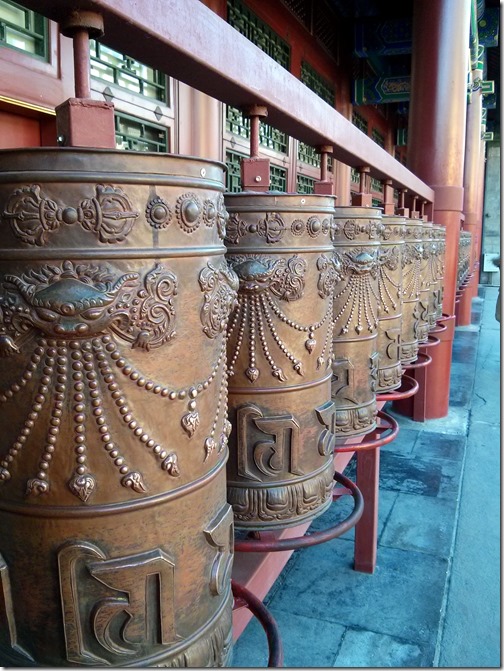 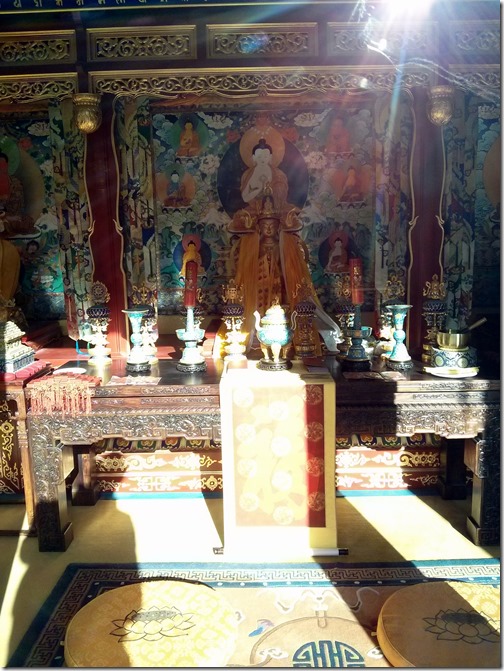 Should be a lot greener during the spring-summer, but these photos were taken mid-winter at -10c.

An hour an a half would get you through the whole complex. Not that much English available for historical details, but walking around and admiring the gardens and houses is pleasant enough.

Combine this with a visit to the northern and back lakes.