Hidden away in northern Tainan County, in the Siraya Scenic area next to Baihe and Guanziling, lies a small tourist attraction – the Liousi Film Studies. No one but curious me would probably find that interesting, but I adore these kind of places. After the Taiwan Storyland in Taipei, I can’t get enough of places that allows me a peek into "old Taiwan". 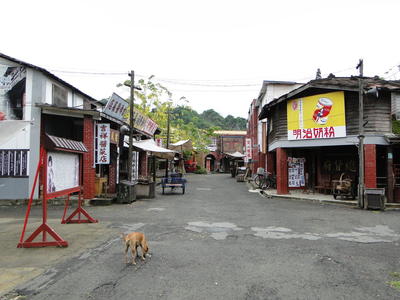 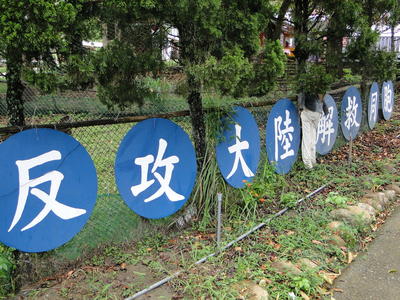 (Interesting. Ask your Taiwanese friends what this reads 😛 )

Located at Liousi Village in Baihe Township, total area of Liousi Studio is about 2 hectares. The studio was originally built in 1991 at the Shihmiaozai Tribe area where is located on the right shore of Liouchong River. Situated on the remote mountain, scenery here is quiet and beautiful. The main architecture was built in traditional Taiwanese style in early days after Taiwan restored. With shopping arcade, plaza, and all kinds of film sites and facilities, Liousi Studio is the largest-scaled film studio in Taiwan next to the Chinese Culture and MovieCenter. Two famous TV series, the "Ai" and "Yuan", were filmed at this studio and made the studio to a popular tourist site for TV fans right after these two series were promoted. Currently the studio is managed by private companies and has become a new scenic spot in Baihe area. 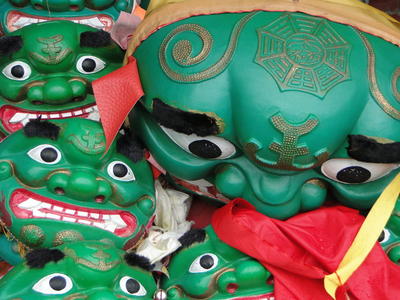 The Liousi Film Studios were opened in 1989, and are situated in a valley, in the village of Shihmiao. The quaint old buildings are mostly designed to appear like those of Taiwan villages from the 1930s to the 1960s. Some house designs look like Southern Fukien three section compound buildings. Others are Baroque style buildings dating back to the Japanese occupation.

More than 100 television programs and movies have been filmed at these film studios, including Unforgettable, The Hooligan Professor, The Ox-Cart for Dowry, and Taiwan Ah Seng. As you walk around the studios, you can imagine the filming taking place, with the sounds of the clapperboard, the film rolls, the busy filming and recording, the actors moving back and forth, and the vehicles coming and going.

Yep, this is where they shoot all those dramas of older Taiwan. Let’s stroll around… 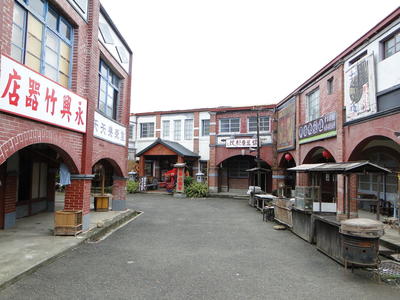 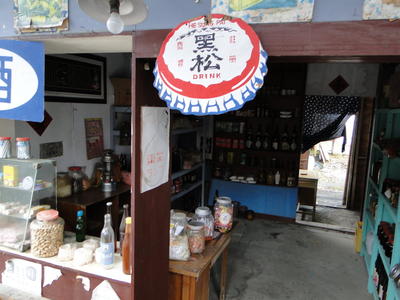 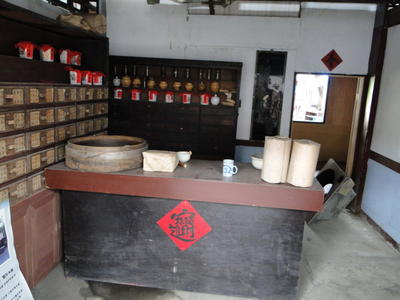 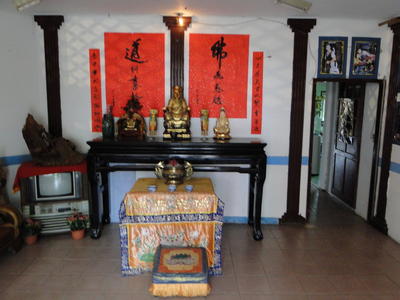 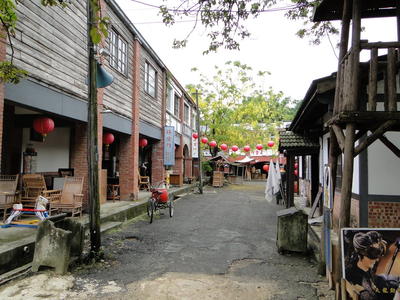 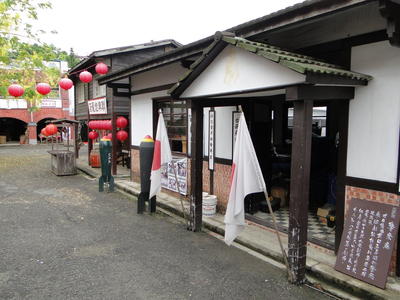 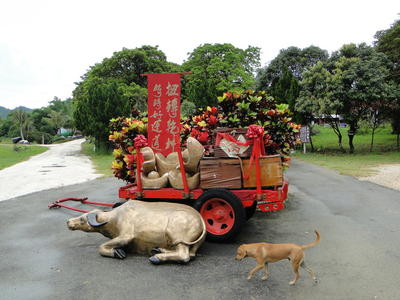 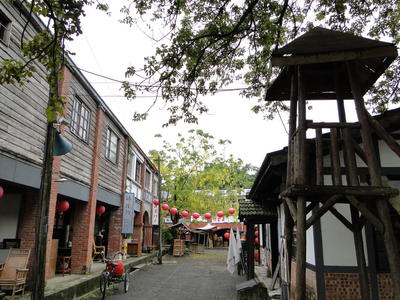 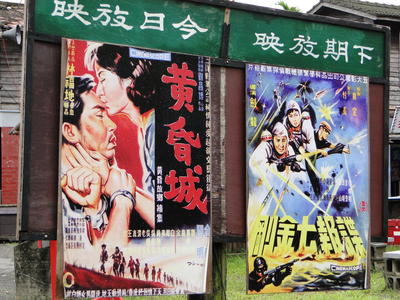 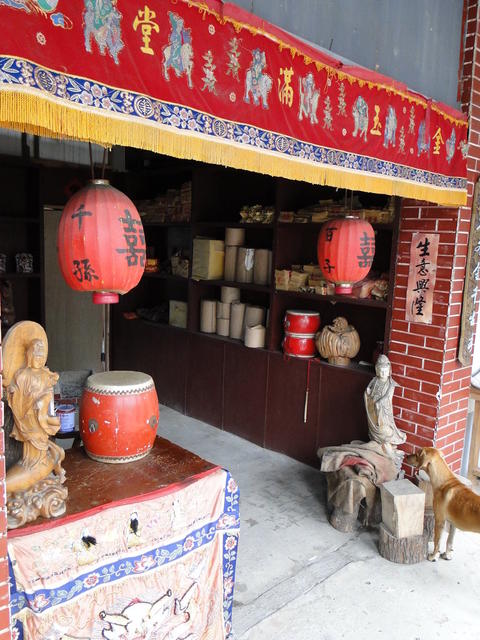 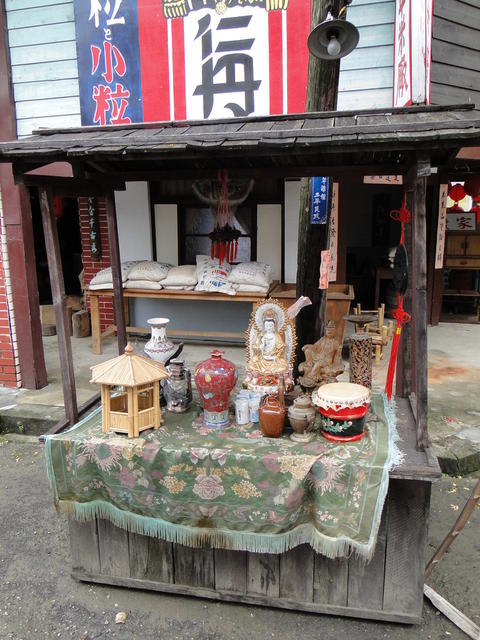 But wait! what’s this? walking in to this building… 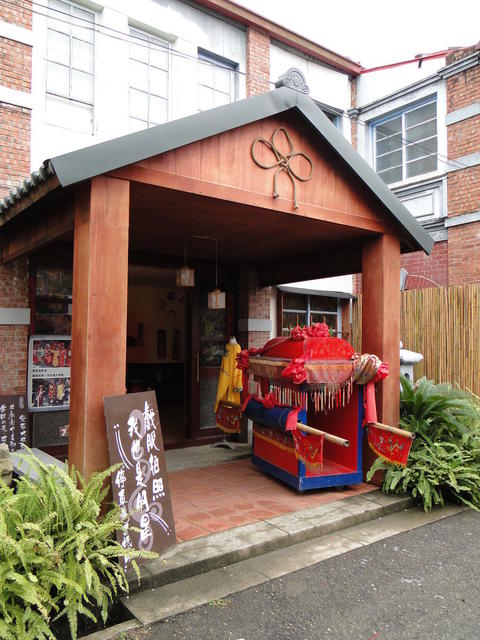 I found a wardrobe! 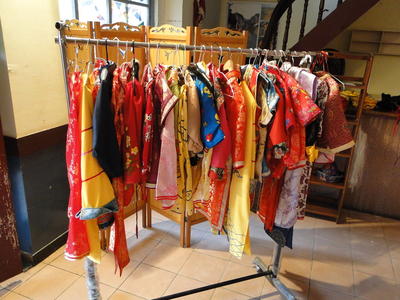 Since there was no-one around, I allowed myself to, hmm, experiment. 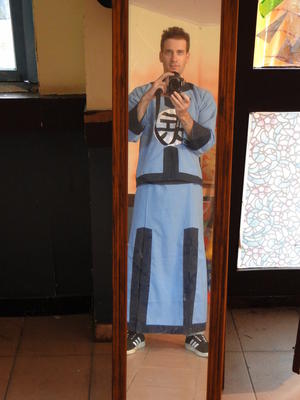 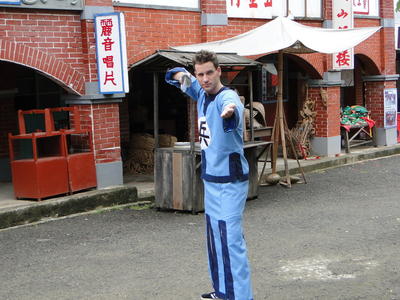 In the late 1980s I was working in Taipei. I was hired along with a group of other young American and Europeans to play extras in a movie one weekend. The film was set in Shanghai, before the Japanese invaded. We were patrons in a bar scene. The film was terrible, but the experience was one I’ll never forget. I went to see the film in the theatre the following year. The English translation is “Flag of Honor.” I would love to see it again for laughs, and so my children will believe me. I’m writing in hopes that someone… Read more »