Last week Tainan City hosted the "International Boat Festival 2009". Tainan City and International in the same title sounds a bit like an oxymoron, doesn’t it? Tainan’s trying. They put up an English website, prepared English flyers and all, but it’s not quite there yet. It would still take a while for Tainan to be able to host anything remotely international, but atleast someone’s trying to think in that direction.

The first sign of the challenges they’re facing was when I headed down to the Tainan City Tourist Information Center. The English speaking girl there, who I’ve come to know while I was living in Tainan, was warm and polite as usual but when I asked about anything interesting happening in the area she replied with a plain "there’s something with the World Games in Kaohsiung later this month, but other than that – nothing interesting". It was only when I asked about the boat festival entry Tainan based blogger Hanjie sent me that she went to the back room for a search that resulted in the English brochure and an "Ah! you’re right!". Taiwan’s Tourism Bureau could do a terrific job with websites and brochures, but then it comes down to the kids they put in the tourist information centers to (1) be confident enough about their English, and (2) have the information readily available in English for the occasional English speaking tourist. Assuming the event is appealing for internationals, that is.

So, together with Hanjie and an old reunion of my first Chinese class in Tainan with an special arrival from Austria we headed to Anping to see what an international boat festival looks like. The local Taiwanese were sarcastic – "if it’s a local boat festival, there would be 1-2 boats, if it’s international – you can expect 4!". They were right, this wasn’t about boats at all. The locals just needed an excuse to set up local performances and a night market.

The weather was beautiful, with terrific cloud formations. 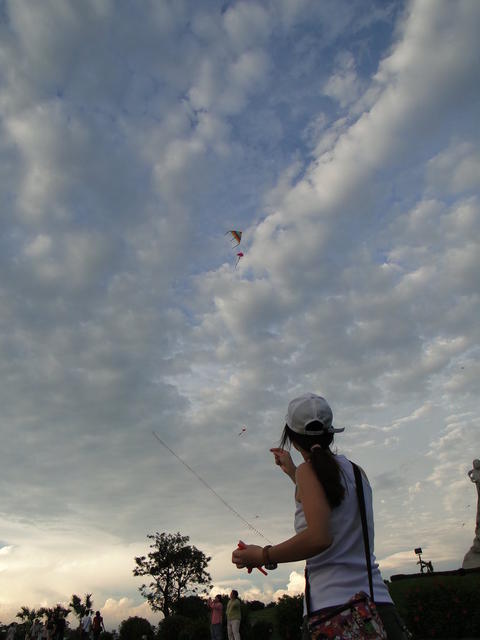 Kites were flying around Matzu – goddess of the sea. 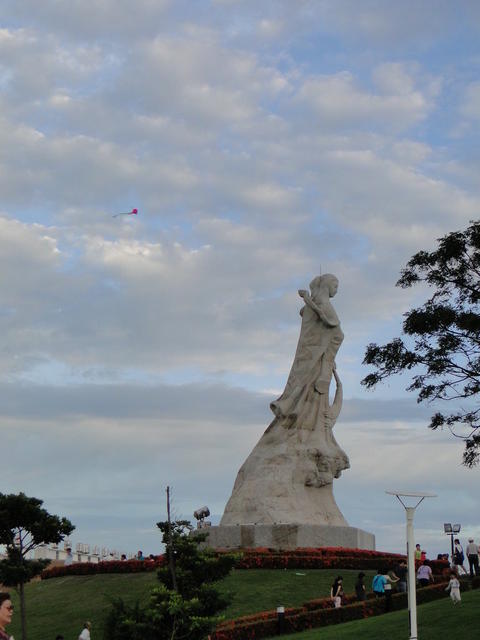 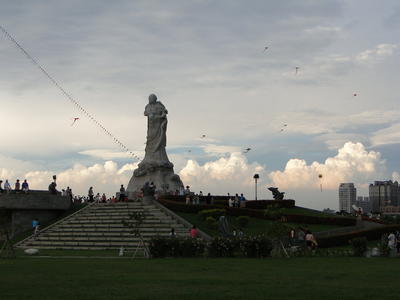 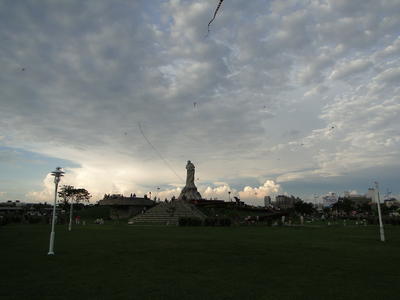 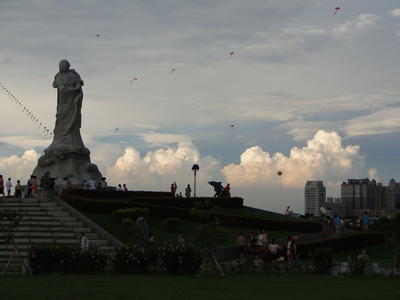 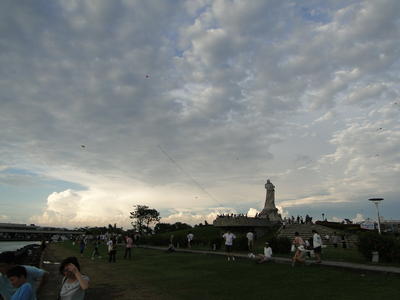 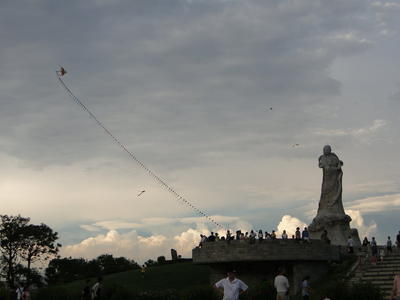 Local families and couples were enjoying the Anping Harbor. 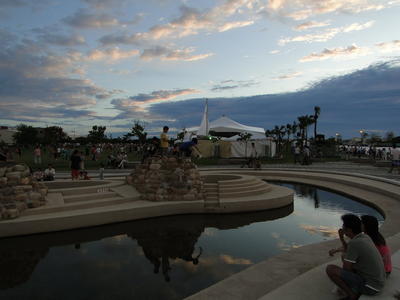 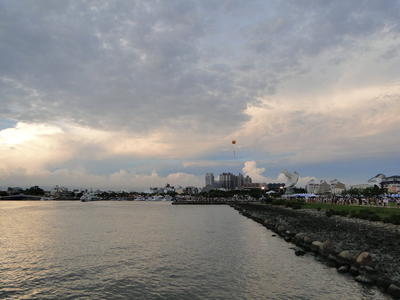 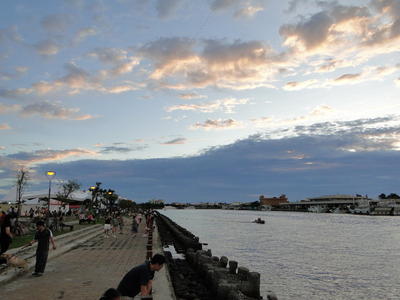 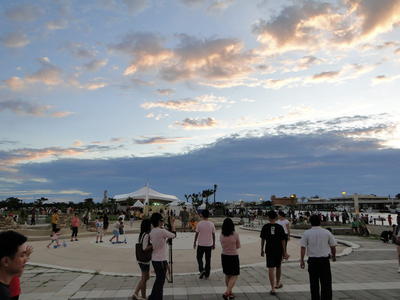 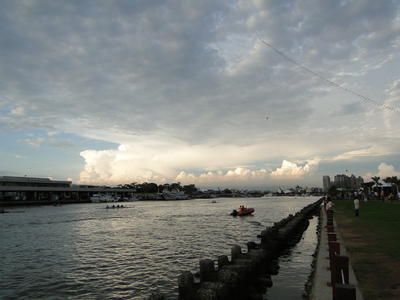 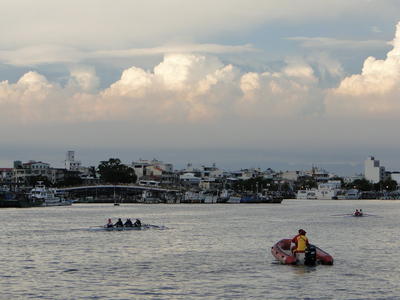 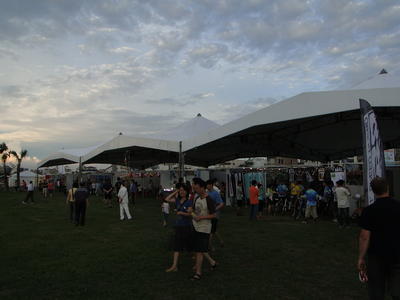 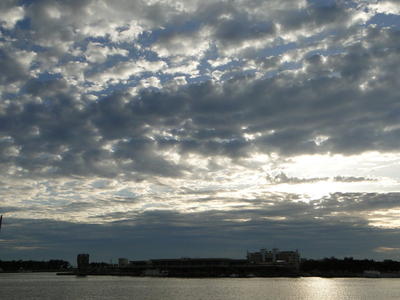 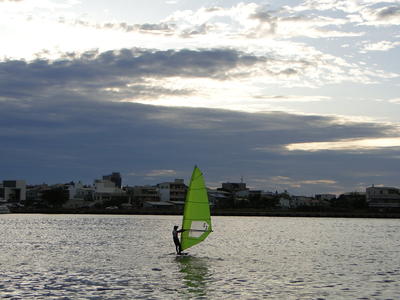 Tainan City really went out of their way in setting up a center stage and inviting Taiwan’s finest – 4th place winner in the Taiwanese Idol, running Mandopop cover songs. 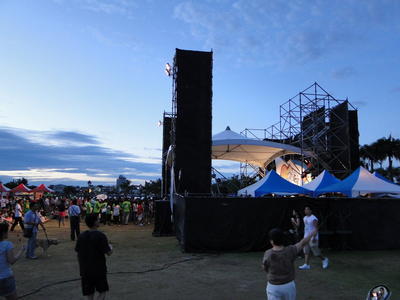 10 points to those who recognize the songs. My first stereo super-zoom close-up video, BTW. Not too bad, eh?

We took a short walk around and enjoyed the local Chicken Statue (what did you think it was?), the 4 boats and the local night market. 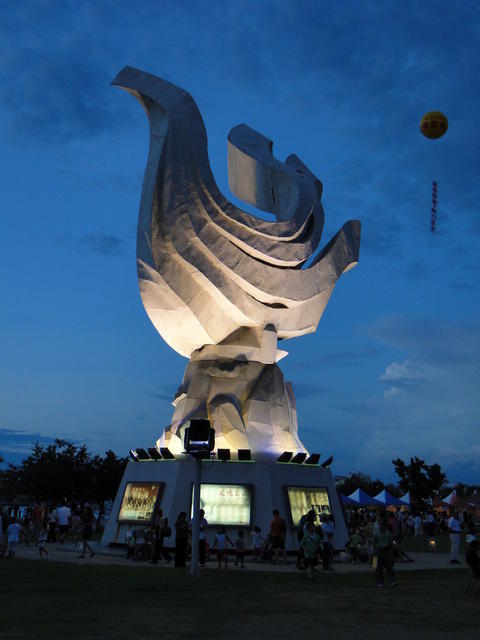 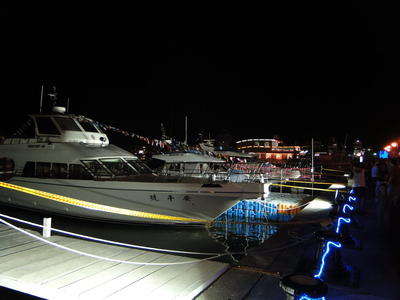 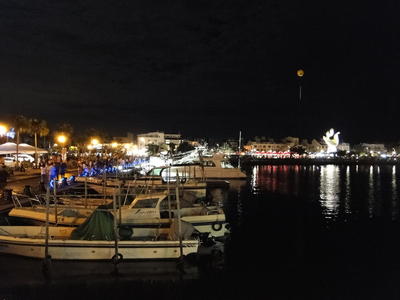 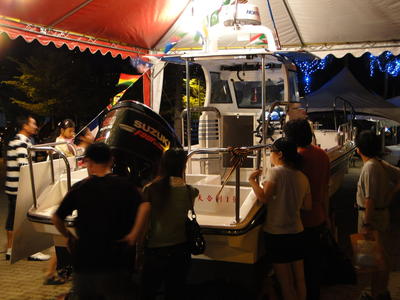 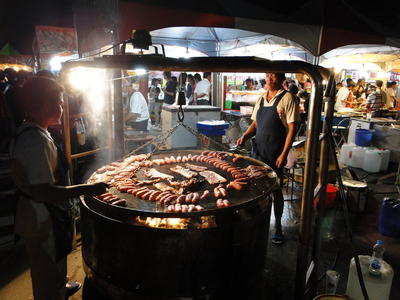 We then wrapped it up with a local seafood dinner. 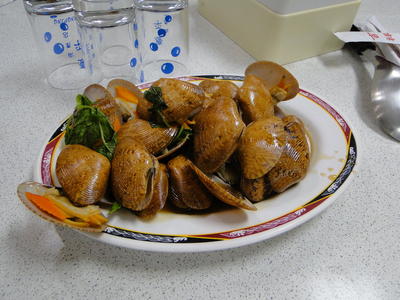 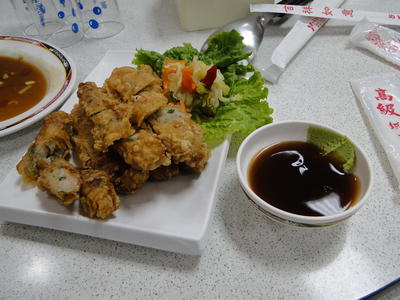 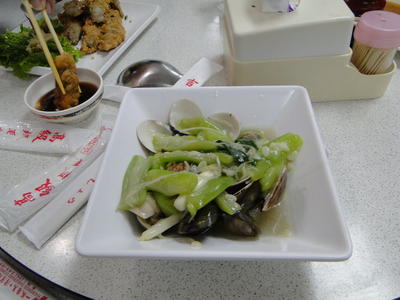 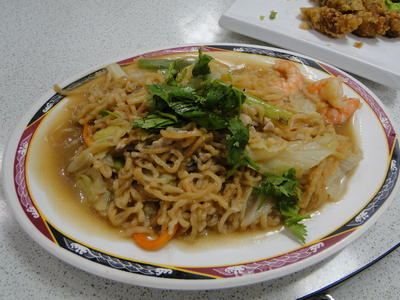 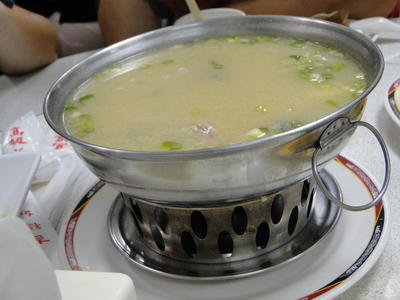 Was a fun night out. Keep going, Tainan!

as usual, i heard about this event by reading about it on a blog after it happened. i love boats and i probably would have gone to this event had i known about it. 🙁 too bad there weren’t more boats, but perhaps next year?

MJ – I know what that feels like. I usually post the events I know about on INCKU (for Tainan) or Taiwanderful (for the rest), as I’m hoping others would too when they know something’s coming up. We need a place where we can share what we know is coming up ^_^

I think Kaohsiung also has something like that annually, and as Kaohsiung is one of the world’s busiest ports and a more international city it might be slightly bigger.

Yijung – any chance you can help me with the song names? 😉

That's the great article! I just pass 'n read it, two thumbs up! 😉