I bet you didn’t know that Dubrovnik in Croatia hosts one of the oldest Sefardic synagogues still in use today and generally the second oldest synagogue in Europe. Dating back as far as 1352, the old Jewish synagogue, now turned into a tourist attraction with a local Jewish museum, is still up and running – serving the lively community of about 4 local Jewish families and the occasional Jewish and Israeli tourists that come to visit Dubrovnik. 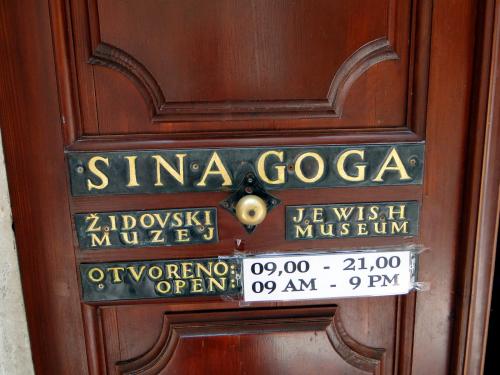 Wikitravel has the info :

Synagogue and Jewish Museum, Zudioska 5, ☎ +385 20 321-028. 10AM-3PM; Sa-Su: Closed. Built in 1352, the second oldest in Europe after Prague. A permanent Jewish community here was founded at the end of the 15th century following the exodus from Portugal and Spain. The community flourished and included respected doctors, merchants and state representatives. Jews in Dubrovnik enjoyed relative freedom, but there were some restrictions on their activities at certain points in history. The Synagogue is tiny and delightful, with heavy velvet drapes and a richly painted, midnight blue ceiling. The museum contains valuable menorahs and Torah scrolls, alongside information on the history of the Jewish community in Dubrovnik. Entry: 20 kuna.

Wikipedia sets the somewhat dark mood of how Jews lived in Dubrovnik:

After the expulsion of the Jews from Spain in 1492, many of the expelled went east and some eventually settled into independent city of Dubrovnik, where there was already a small Jewish community.  […]

Many Jews became traders and craftsmen, dealing with spices, silks, fabrics, and crafts that were in demand at a seaport city. In 1546, Dubrovnik officials allocated a Jewish settlement within the city, with the main street being called Ulica Zudioska ("Jewish Street) in the Dubrovnik Ghetto.

Jews were still persecuted in the areas around Dubrovnik under Venetian law and attitudes of the local Catholic Church. When Dubrovnik’s economic position and power declined in the mid-18h century, Jews were prohibited from engaging in commerce and confined to the ghetto. When Dalmatia and Dubrovnik were occupied by Napoleon’s forces in 1808, essentially ending Dubrovnik’s centuries of independence, Jews attained legal equality for the first time. However, when the Austrian Empire annexed Dalmatia in 1814, legal equality was again withdrawn. Jews were granted legal equality under Croatian law in the mid-late 19th century.

During World War II, Croatia came under the rule of fascism : Dubrovnik was occupied first by the Italian army, and then by the German army after 8 September 1943. Before the Holocaust, 250 Jews lived in Dubrovnik; many were transferred to the island of Lopud along with other Jews from different parts of Croatia, then in June 1943 they were transferred to the Rab concentration camp with most Jews from Italian-occupied lands. In October 1944 Tito’s partisans entered Dubrovnik, and many Jews were transferred by the partisans to the freed territories; the rest were sent by the Germans to concentration camps. After the war, many of the surviving Dubrovnik Jews settled in Israel. Today, approximately 30 Jews live in Dubrovnik, however, only 17 officially registered in the 2001 census. […]

Today, because of the lack of Jews in Dubrovnik, the synagogue does not have its own rabbi. On holy days, a visiting rabbi would conduct services for the small community.

It’s not big, and you’ll need to look for the signs. If you do set your mind to it, this is what you’re most likely to find. 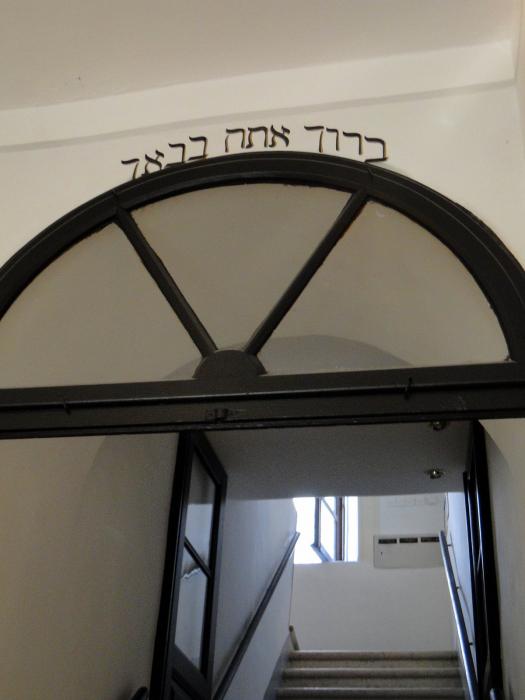 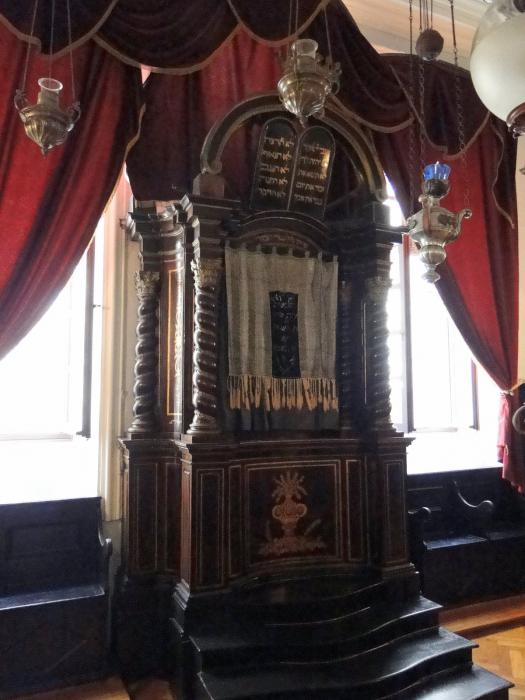 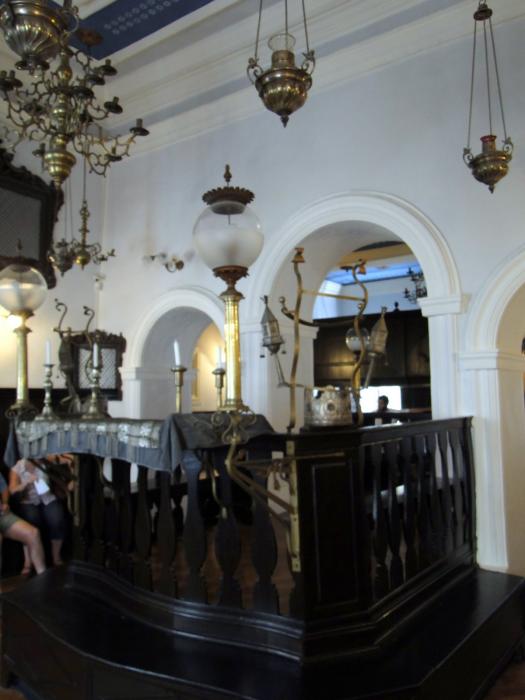 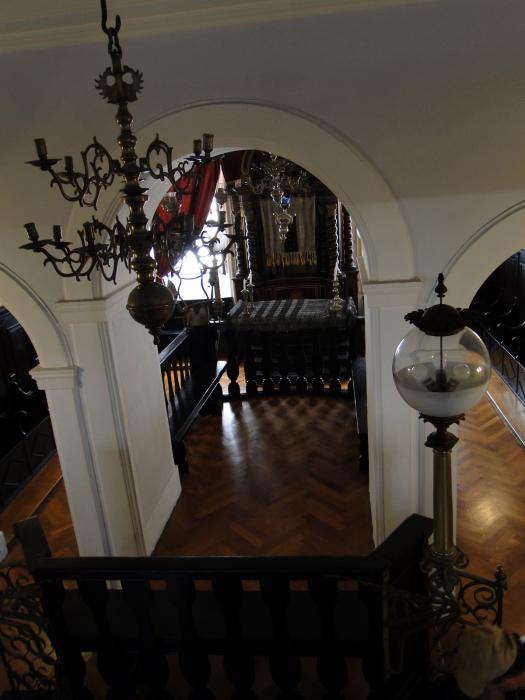 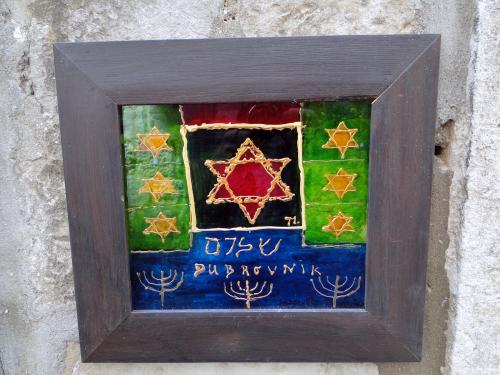 Not too far away, BTW, is another small token of Israeli presence – a branch of the surprisingly successful Michal Negrin jewelry and fashion stores. It’s not often that you see Israelis creating a new unique sense of fashion, quite distinct and recognizable world-wide, and this is one style to be proud of. Respect. 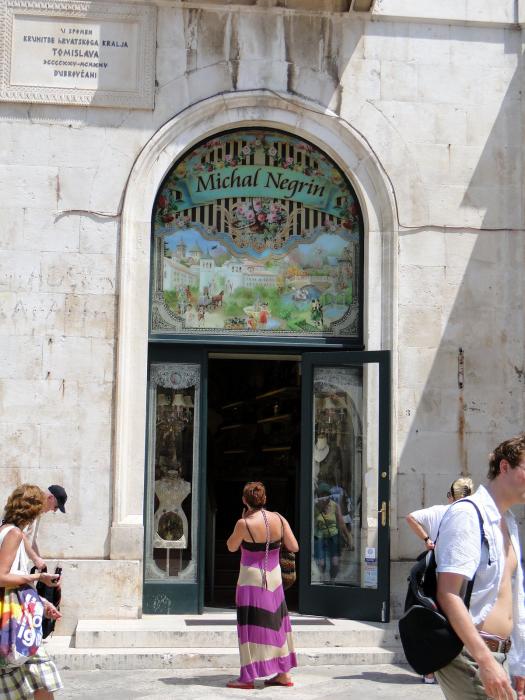