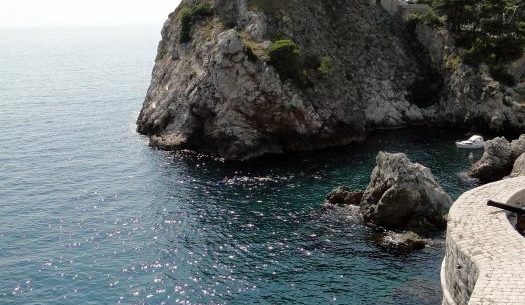 I already mentioned how gorgeous Dubrovnik is, and discussed some of Dubrovnik’s historical context. To get the best of the city, it is highly recommended to do the old city walls tour, going up the walls and around the city, seeing the views and old city life from above.

Wikitravel’s as excited as I am:

Walk on the walls around the old town, great views! Warning – it’s extremely recommended to visit the walls during the early morning hours or the late afternoon hours, as it can become hot during the day!

Dubrovnik is surrounded by City Walls which are 2km long and for which it is famous all around the world. Through the history City Walls were protection from the enemy, today Dubrovnik City Walls brings the visitors from the whole world who want to see this city- museum. There are 3 entrances to the City Walls: on Stradun by the Pile gate, by fort Saint John’s and at the Custom’s House gate. […]

It does get very very hot, but it’s damn worth it. Don’t skip this one!

Lonely Planet also backs me up on this one :

No visit to Dubrovnik would be complete without a leisurely walk around the city walls. Built between the 13th and 16th centuries and still intact today, these powerful walls are the finest in the world and Dubrovnik’s main claim to fame.

The first set of walls to enclose the city were built in the 13th century. In the middle of the 14th century the 1.5m-thick walls were fortified with 15 square forts. The threat of attacks from the Turks in the 15th century prompted the city to strengthen the existing forts and add new ones so that the entire Old Town is now contained within a curtain of stone over 2km long and up to 25m high. The walls are thicker on the land side – up to 6m – but run 1.5m to 3m on the sea side. The round Minčeta Tower protects the northern edge of the city from land invasion, while the western end is protected from land and sea invasion by the detached Lovrjenac Fort. The Pile Gate is protected by the Bokar Tower and the Revelin Fort  protects the eastern entrance.

The views over the town and sea are great, so be sure to make this walk the high point of your visit. The entrance to the walls is immediately to the left of Pile Gate when you enter the city. You can also enjoy Shakespeare’s plays, which are staged on the Lovrjenac Fort terrace during the Summer Festival.

Here are some photos to show you what you might expect from the tour : 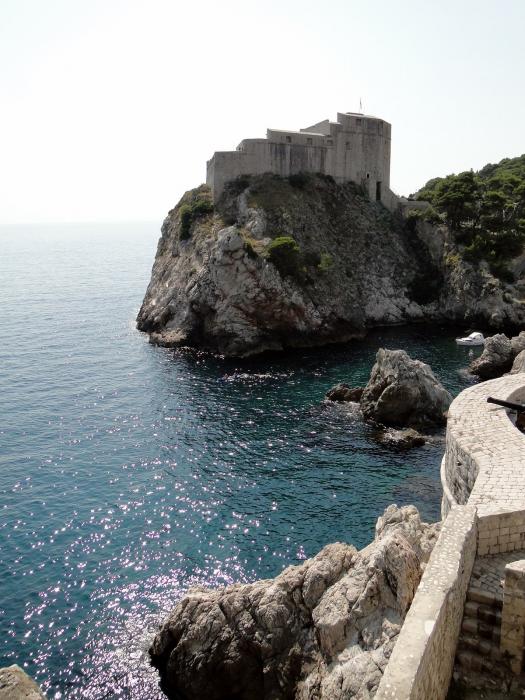 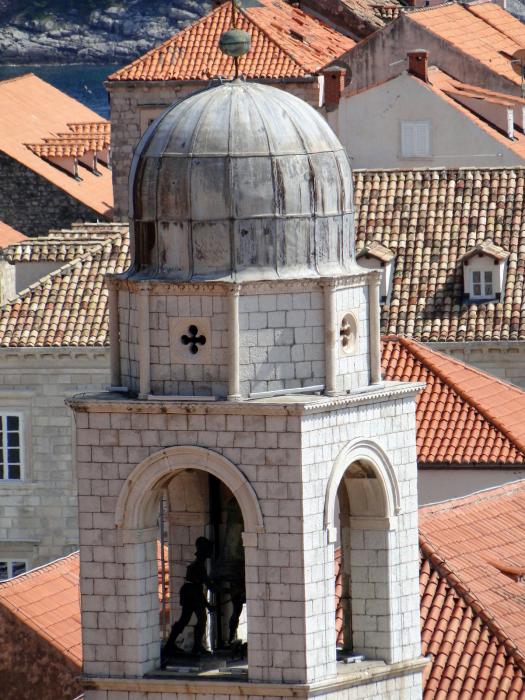 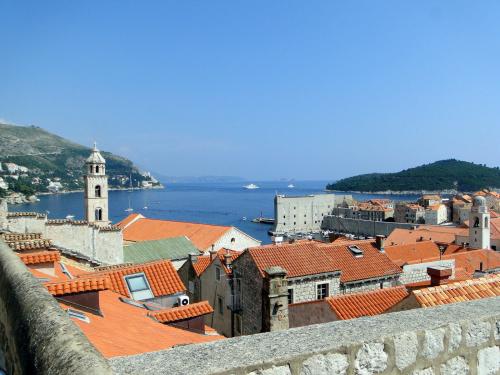 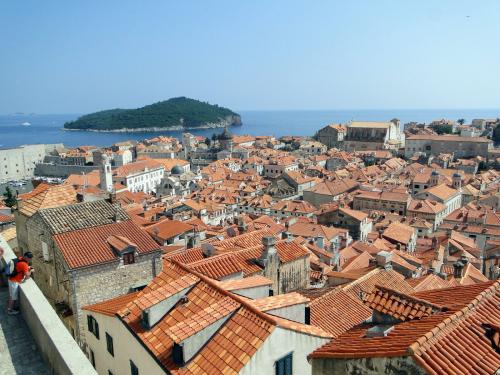 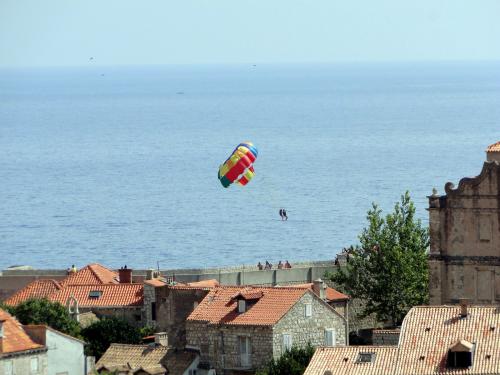 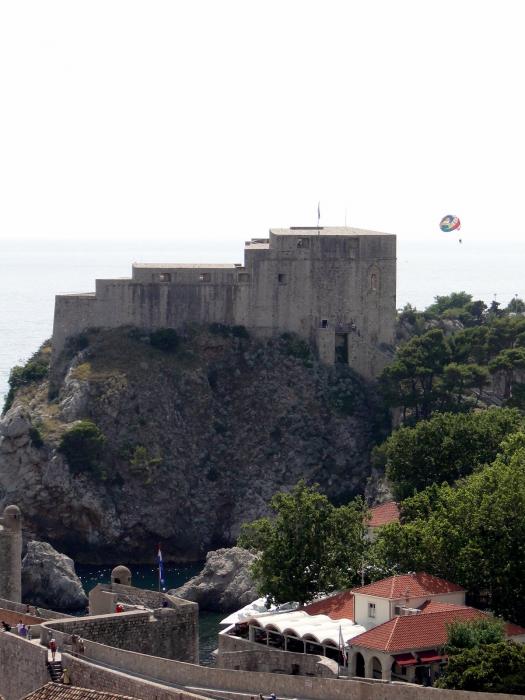 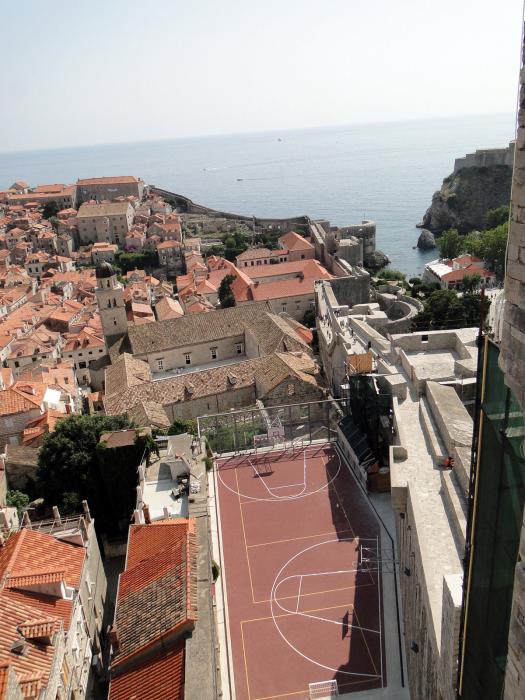 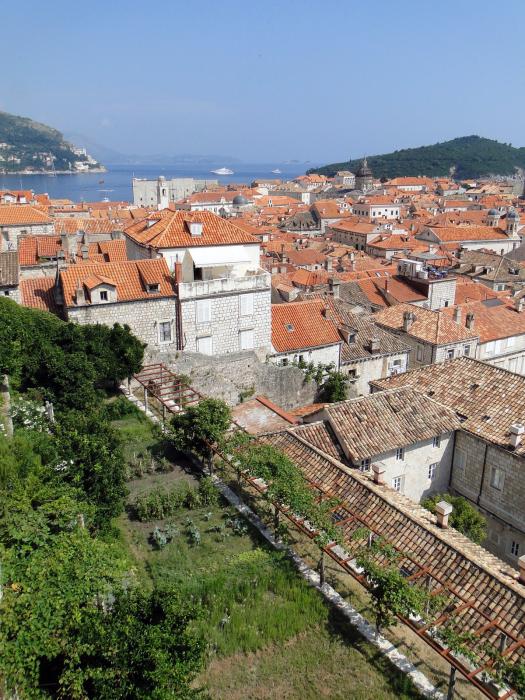 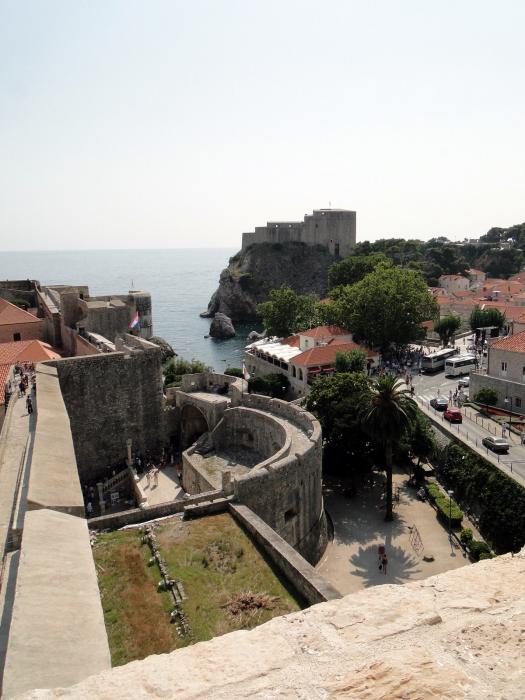 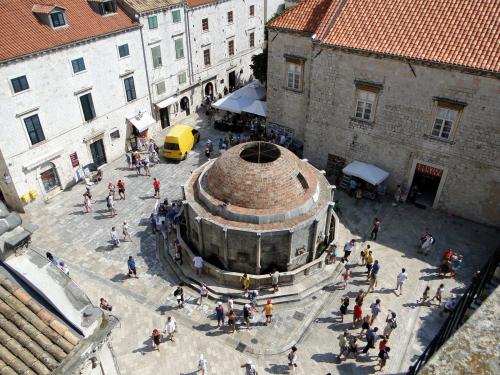 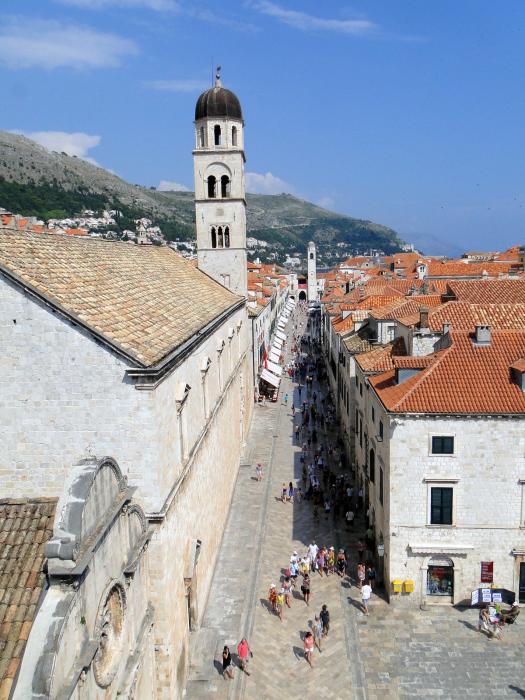 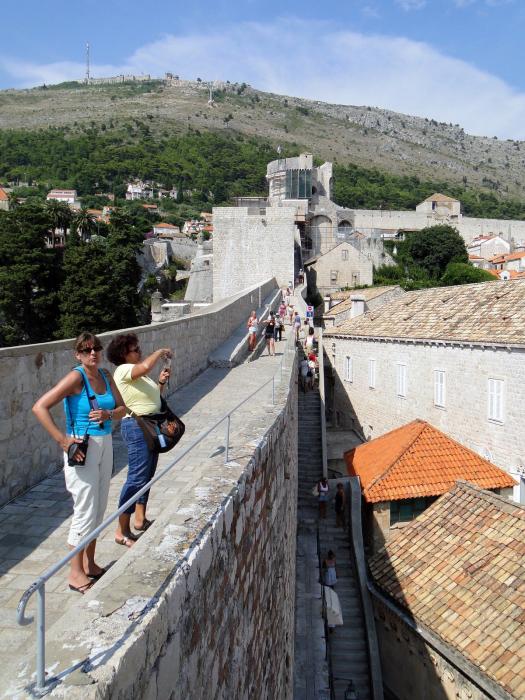 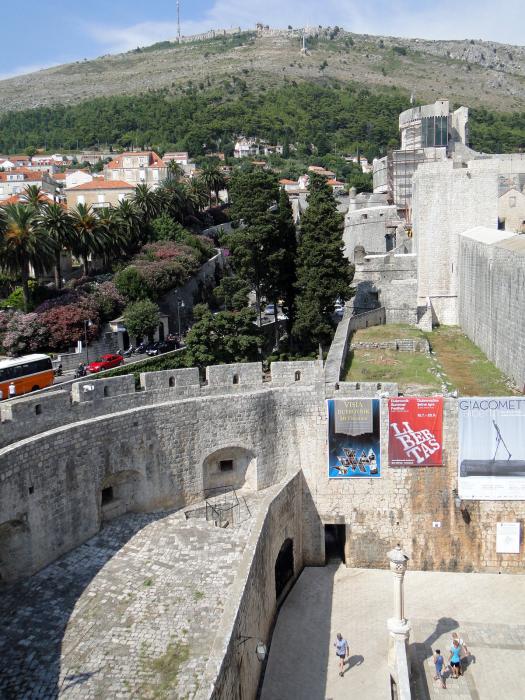 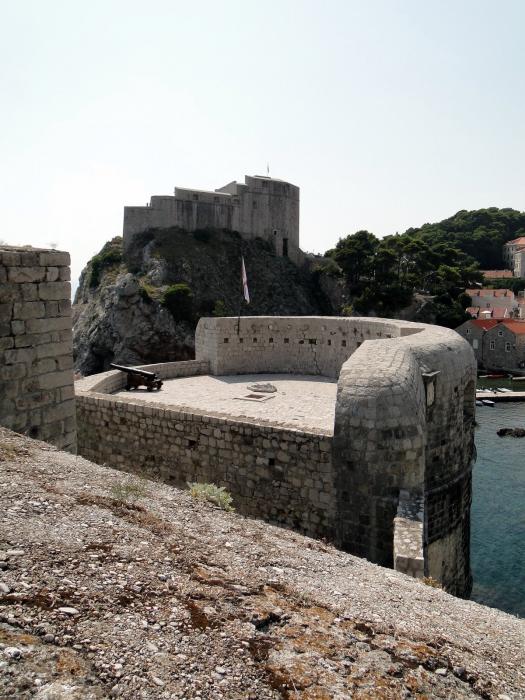 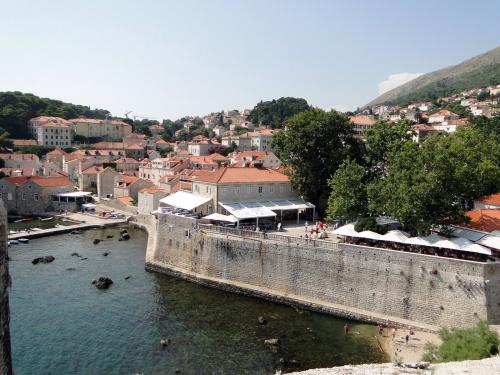 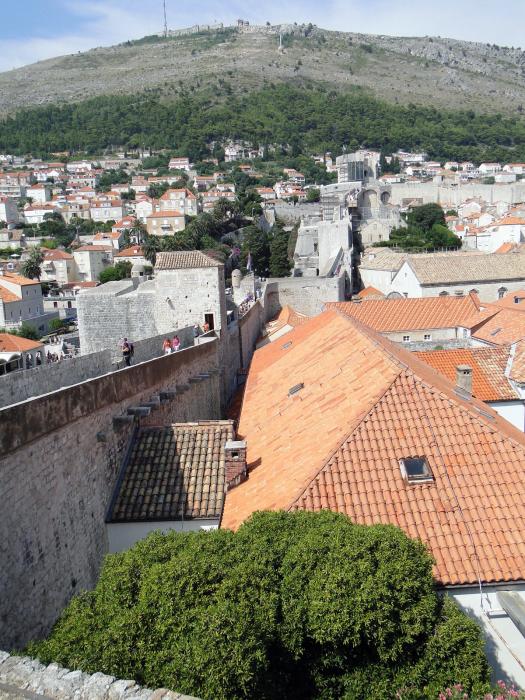 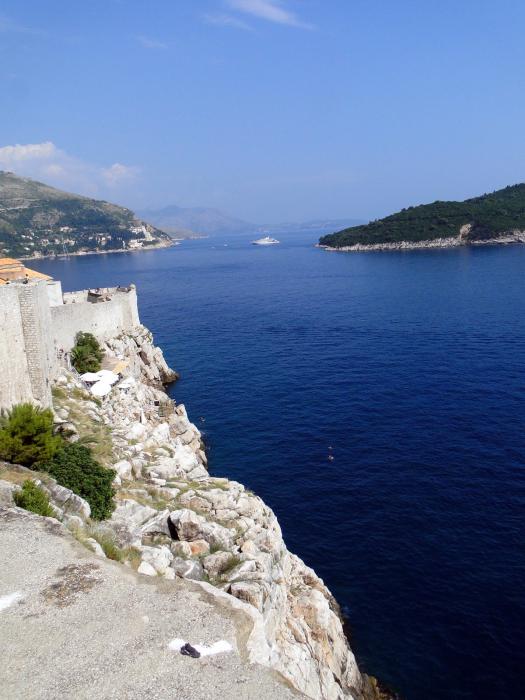 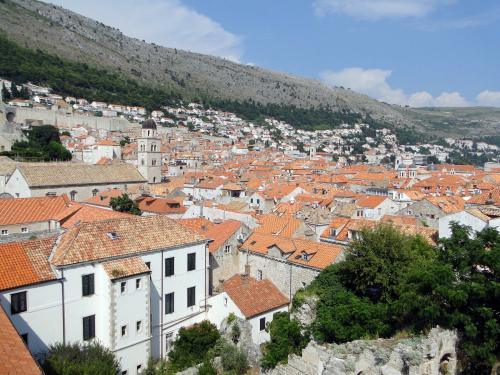 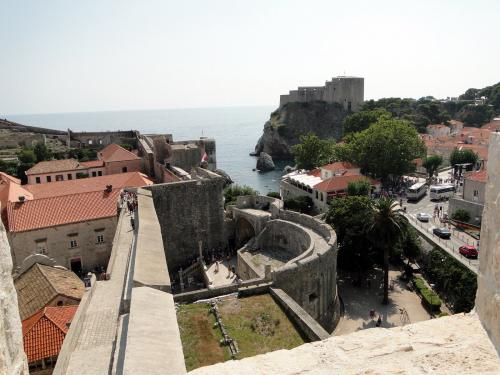 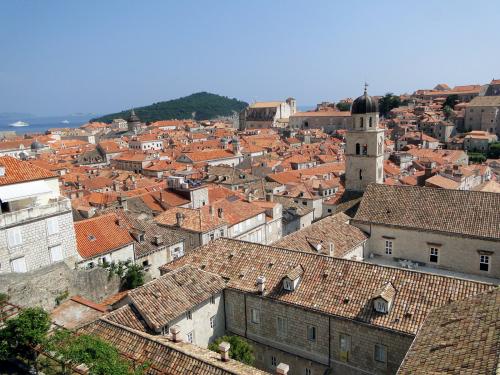 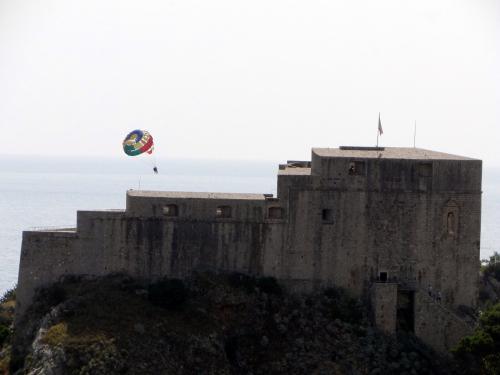 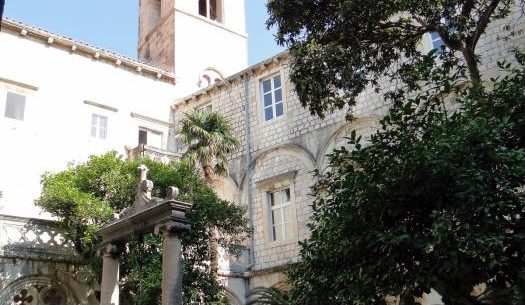 After introducing Dubrovnik in Croatia as “best of the Balkans”, touring Dubrovnik’s old city walls and the local Dubrovnik Jewish museum and synagogue, it’s time to wrap up the Dubruvnik tour with a walking tour of the old city. And 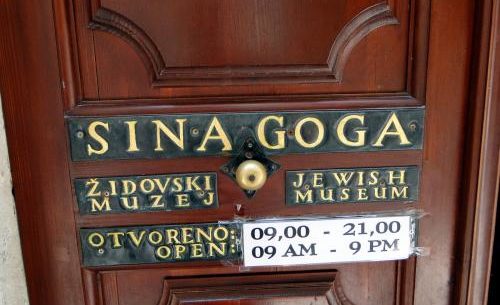 I bet you didn’t know that Dubrovnik in Croatia hosts one of the oldest Sefardic synagogues still in use today and generally the second oldest synagogue in Europe. Dating back as far as 1352, the old Jewish synagogue, now turned 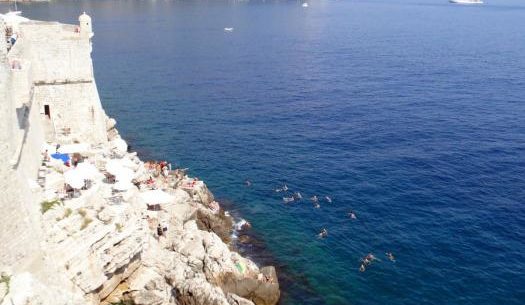 Dubrovnik, a quick detour to Croatia half an hour from the border with Montenegro, is one of the most impressive cities I’ve had the pleasure of visiting recently. What a gorgeous place! A modernly renovated historical old city set next