In the recent visit to Beijing I had the chance to visit a few of the must visits I didn’t get around to in my first trip. I based myself in a more local area, at the hutongs just off of Lama Temple and near Confucius Temple, where there were all sorts of fortune tellers and temple related shops.

I’ve been to many temples devoted to Confucius, but this one is probably the oldest of them all. Dating back over 700 years, this is where emperors went to pay their respects to the great teacher. 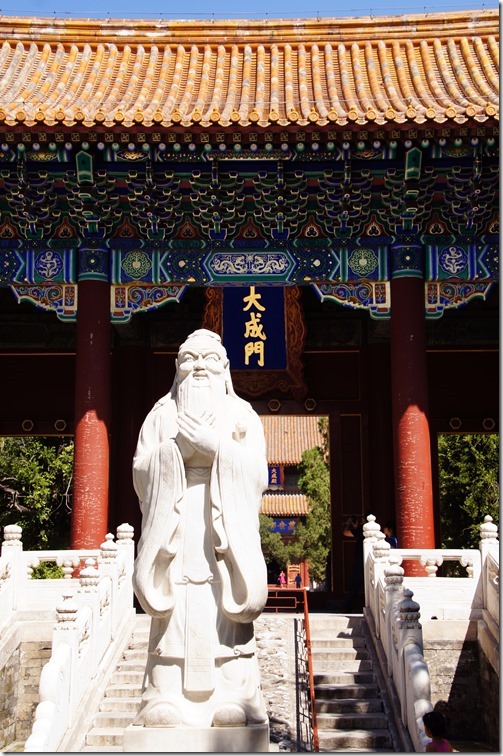 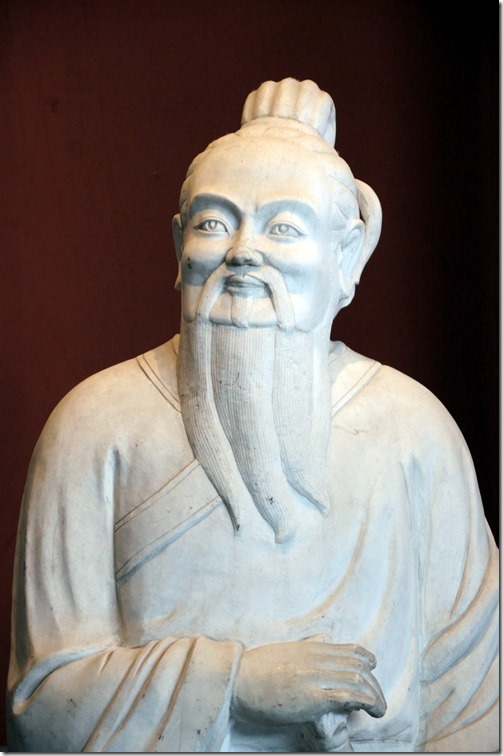 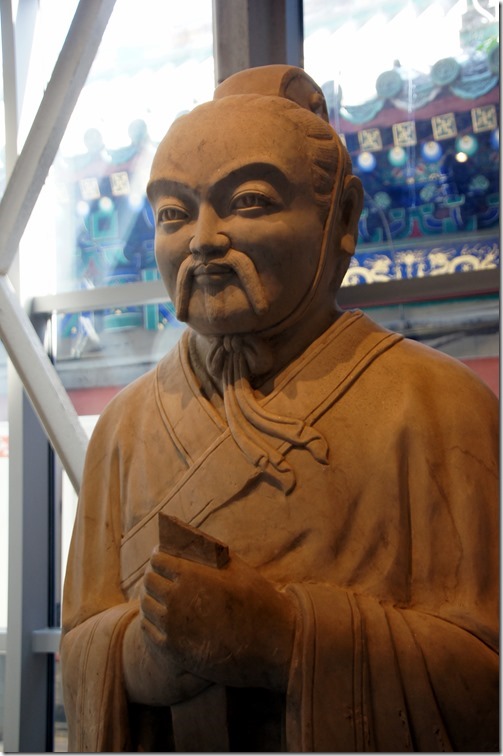 A charming old man, don’t you think? Gandalf style, only with a Chinese appeal. Ever since the movie, I can’t shake seeing Chow Yun Fat in each of those statutes.

Beijing Confucian Temple and the Imperial College is located at Guozijian street of Dongcheng District .It was built in Yuan Dynasty of 14century, with a long history of more then 700 years The Two groups of buildings constitute" temple on the Left and College on the right" regulation. Confucian Temple and the Imperial College unfold a picture scroll for its long history,unique architectural style,and profound chltyral connotation.

Beijing Confucius Temple was built in the 6th year of emperor of the Yuan Dade decade (1306), It was the place where memorial ceremonies were held for Confucius during the Yuan, Ming and Qing Dynasties Confucius Temple covers an area of over 22,000 square meters and construction area of 7400 square meters, three courtyards. Along the central south to north axis lie the teacher Gate, Dacheng Gate, Dacheng Hall, Chong Sheng Temple. There are 198 stone table, which are divided into 4 groups, positioned on either side of the front courtyard. Total 51,624 names, birthplaces and ranks of Jinshi were carved in the stone tablets. They are precious materials for research on the Chinese imperial examination .

What is usually nice about Confucian temples, compared to Daoist temples, is the simplicty, focusing on being visitors peace and harmony. 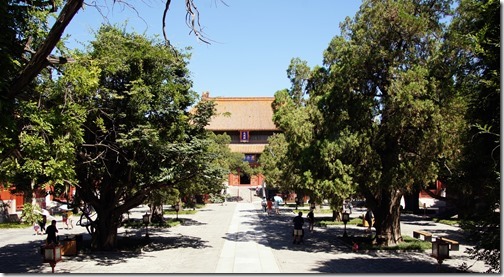 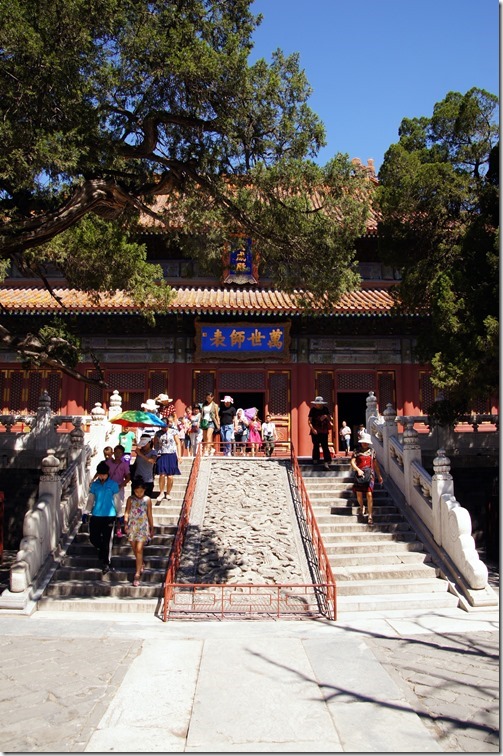 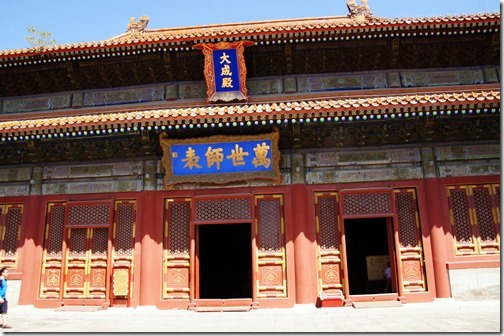 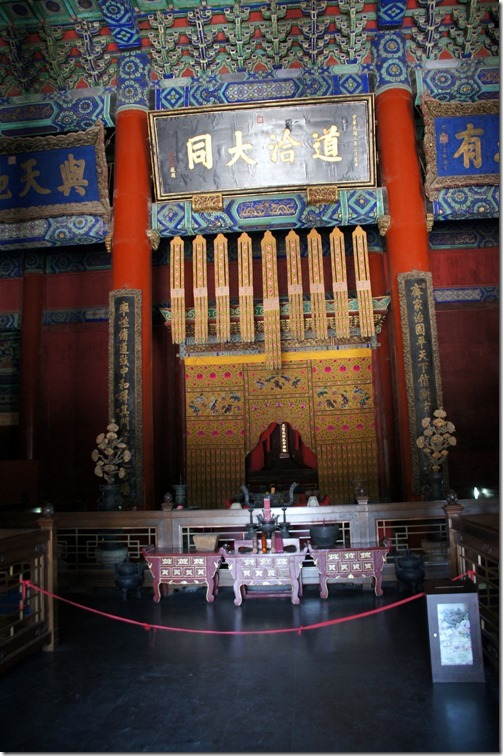 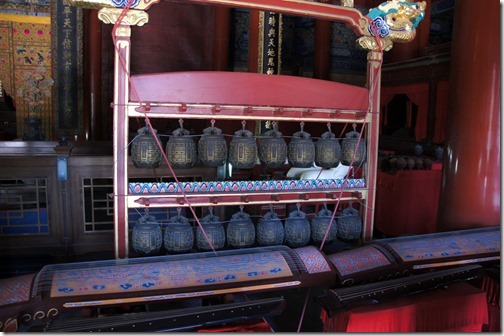 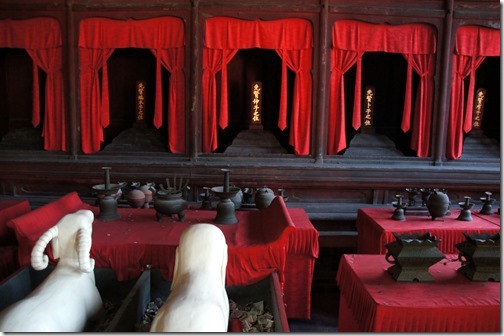 Yep, no Gods to worship, just tablets with words of wisdom and the occasional name of an accomplished scholar. 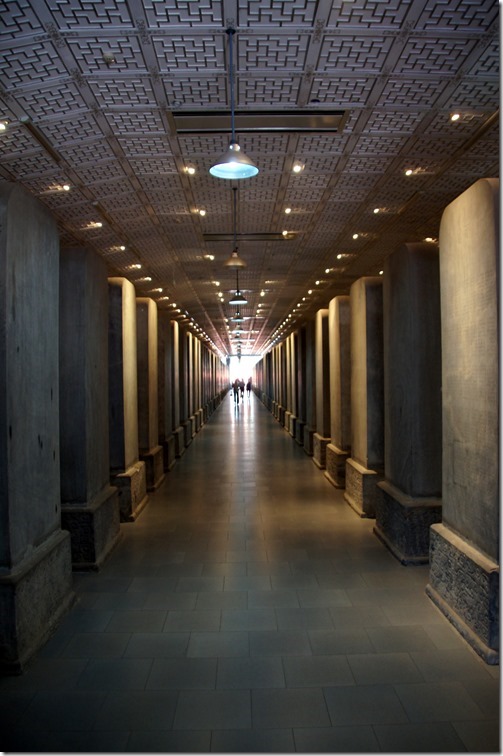 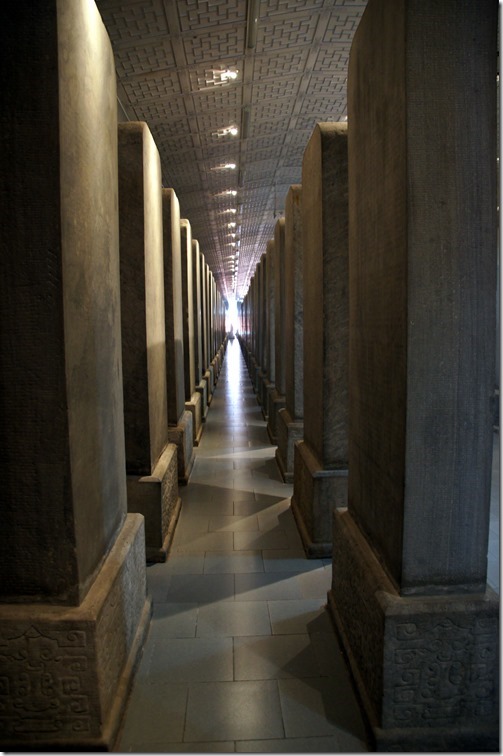 And just next to it, is the Guozijian – the Imperial College…

Guozijian in Beijing was the highest educational institution and administering organ of education set up by the state during the three dynasties of Yuan, Ming and Qing. Built in the first year of the Zhida reign in the Yuan Dynasty(1308), Guozijian covers an area of 28,000 square meters with three courtyards. On the central axes, there are jixian Gate, Taixue(Imperial College)Gate, Glazed memorial Arch, Biyong Hall, Yilun Hall and Jingyi Hall.There are two halls and six main romms, Imperial tablet Pavilion, Bell and Drum Pavilion lined traditionally and symmetrically beside the central axes.

Overlooking things from above, ofcourse, is… 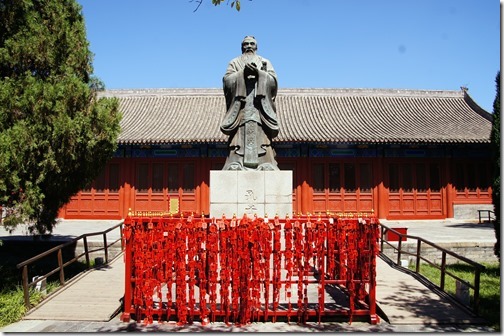 At the center, is where the emperor would talk to the scholars… 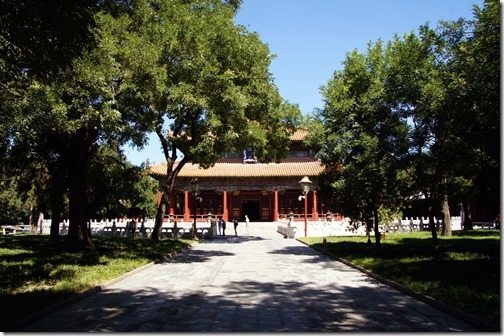 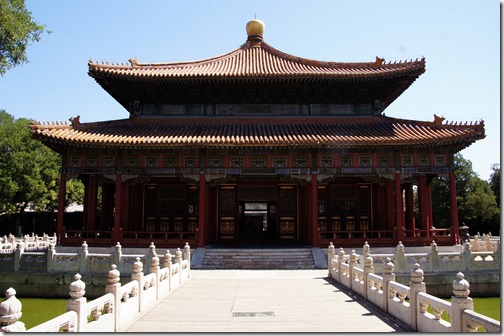 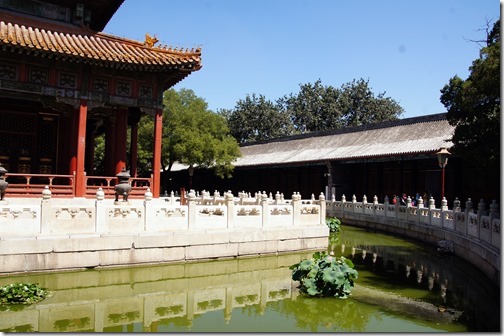 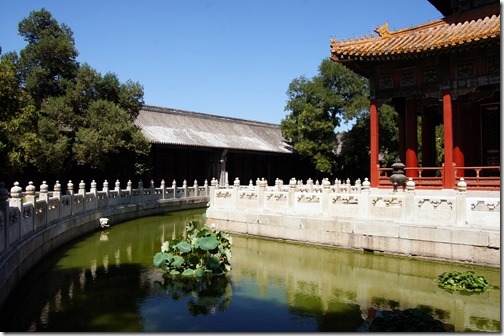 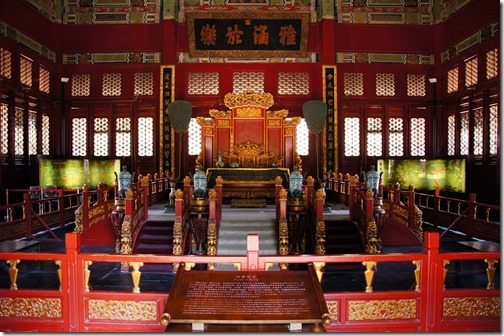 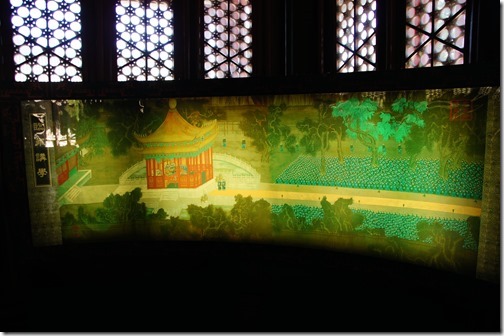 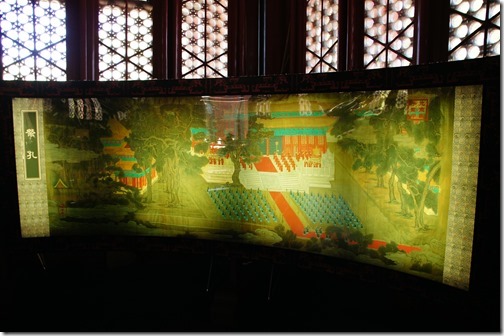 So this is what ancient higher education looked like. 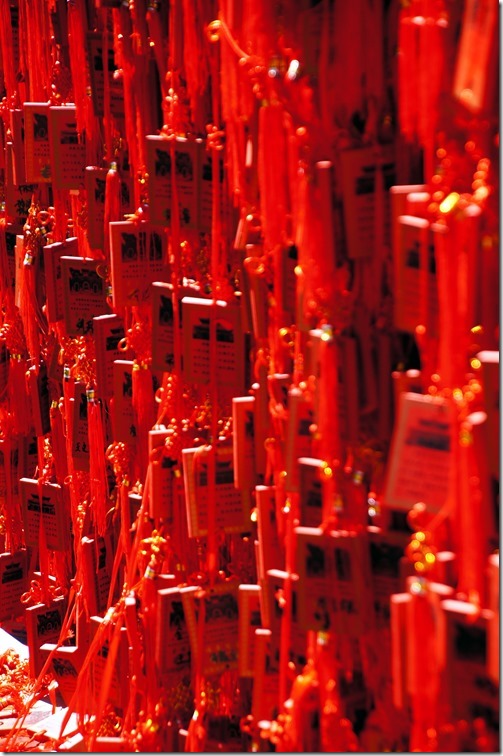 If you’re visiting Beijing’s hutongs and Lama Temple, be sure to make atleast a short stop here and show your respects.