Japanese cemeteries are unlike anything I’ve seen before. Though you can sense the influences of Buddhism and Asian style, the Japanese cemeteries feel different. They’re extremely esthetic, they include symbols and accessories not used else where, and most intriguingly, they’re well embedded within the urban landscape.

Take Yanaka Cemetery in Tokyo, for example, one of Tokyo’s oldest cemeteries not too far away from Ueno JR line station. This is a beautiful and quite area, where the cemetery is at the heart of a charming residential area. 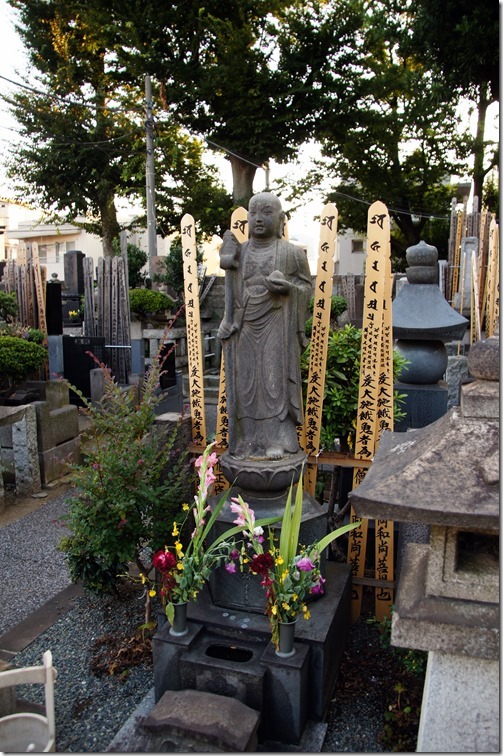 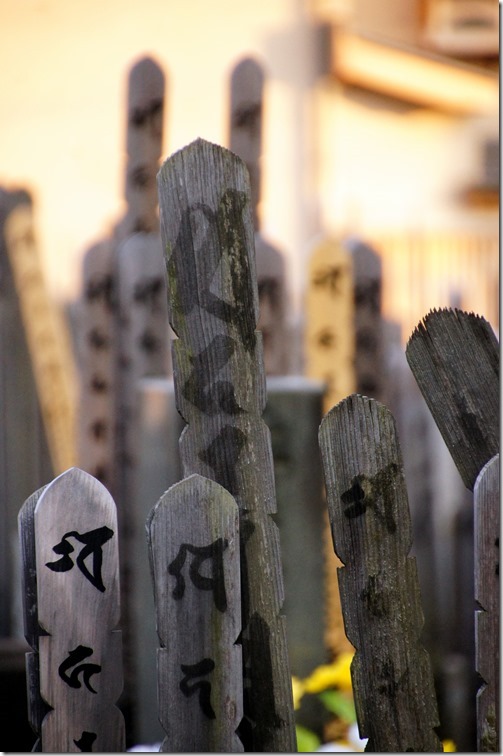 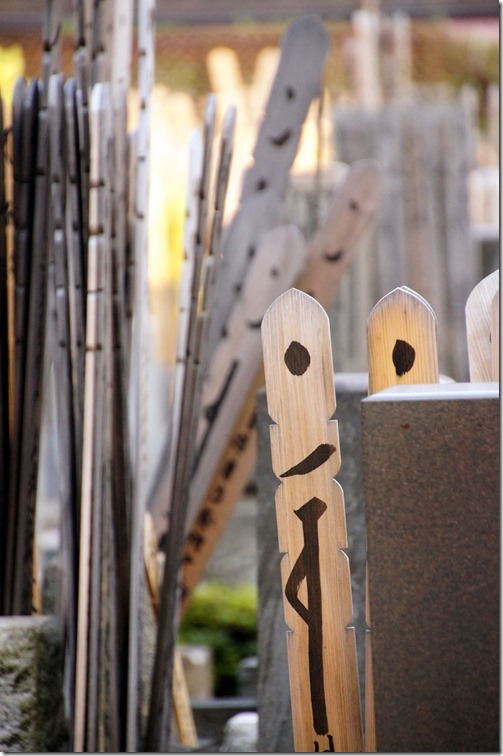 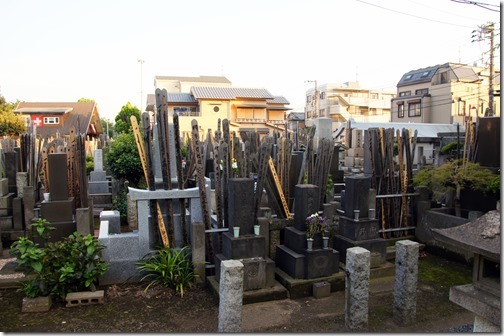 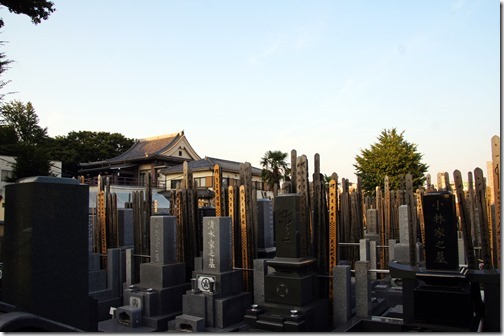 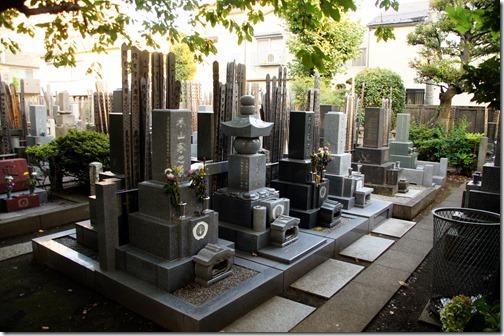 Rather than being tucked away, it complements the residential roads and you can see people biking, jogging and walking around the cemetery grounds. 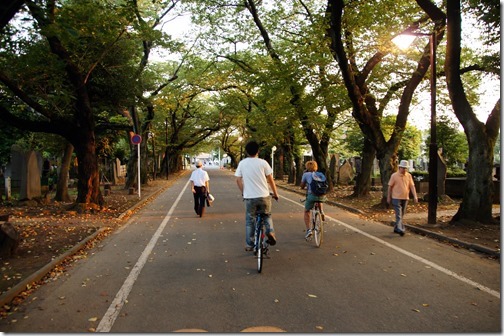 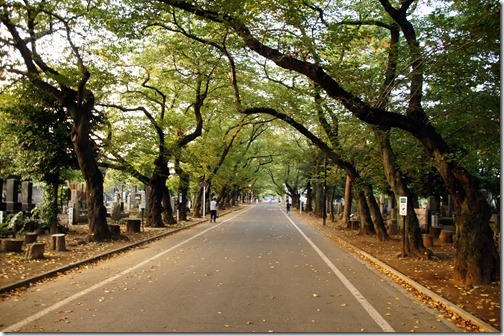 Wikipedia offers a good intro to the neighborhood and cemetery :

Although renamed over 72 years ago, the cemetery is still often called with its old official name, Yanaka Bochi (谷中墓地 Yanaka Graveyard?), and not Yanaka Reien. It has an area of over 100 thousand square meters and hosts about 7 thousand graves. The cemetery has its own police station and a section dedicated to the Tokugawa clan, family of the 15 Tokugawa shoguns of Japan, which however is closed to the public and must be peeked at from above the surrounding walls. The last shogun Tokugawa Yoshinobu, also known as Keiki, rests here.

The cemetery used to be part of a Buddhist temple called Tennō-ji ( 天王寺?), and its central street used to be the road (sandō) approaching it. At about the middle point of the central street are the ruins of the five-storied pagoda that became the model for Kōda Rohan’s novel The Five-Storied Pagoda. The pagoda had been a donation made in 1908 by Tenno-ji itself. The five-storied pagoda was burned one summer night in 1957 in the Yanaka Five-Storied Pagoda Double-Suicide Arson Case and was later declared a historical landmark by the city authorities.

A walk between the graves is a rather pleasant experience, and an historical exploration -with some of the graves dating back hundreds of years… 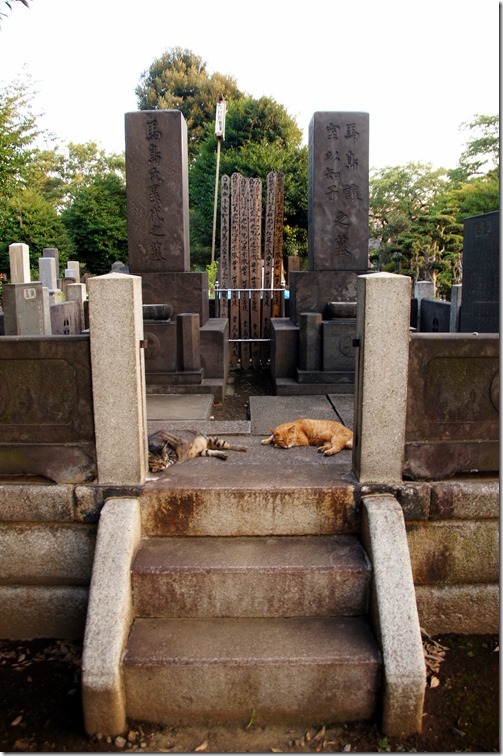 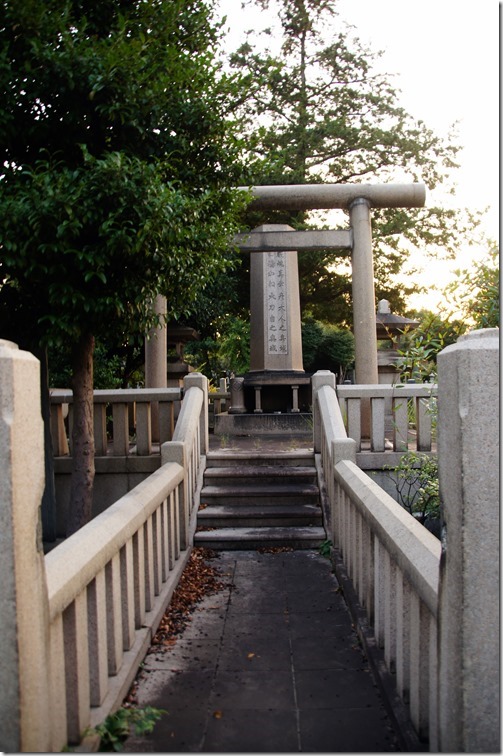 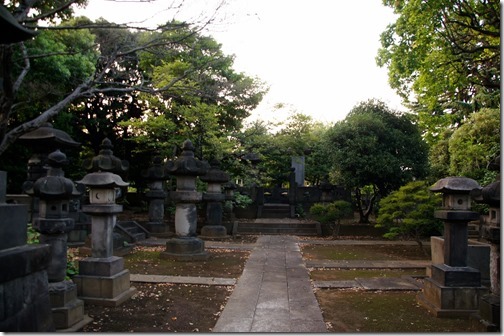 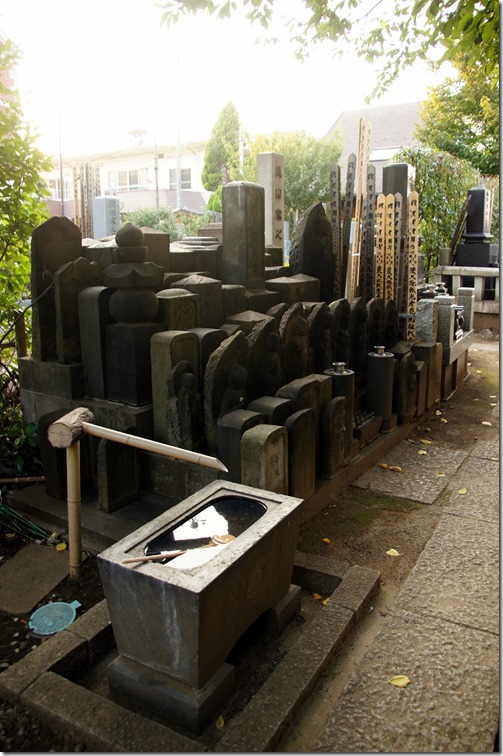 With the sun setting down, the cemetery looked especially tranquil… 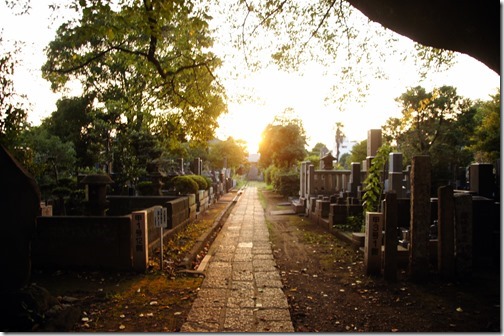 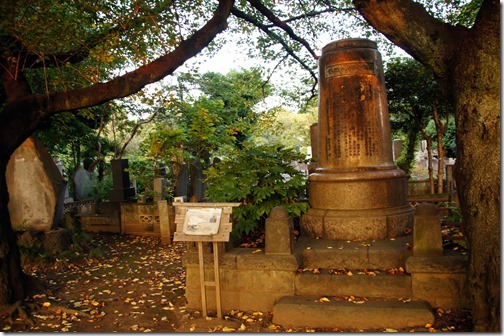 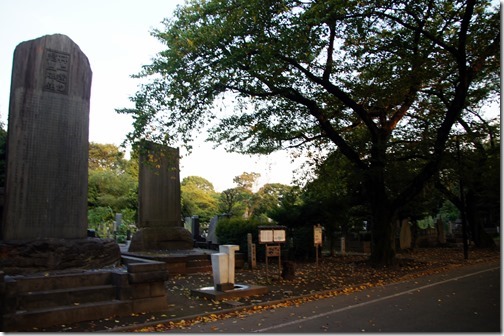 In the nearby area, many gorgeous little Shinto temples, with their distinctive Japanese style. 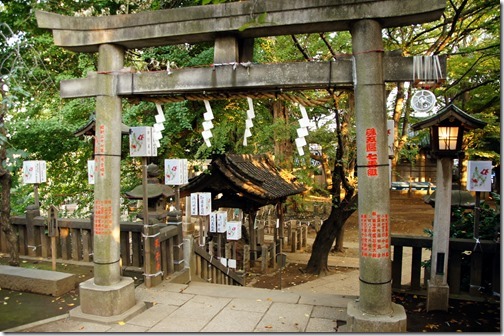 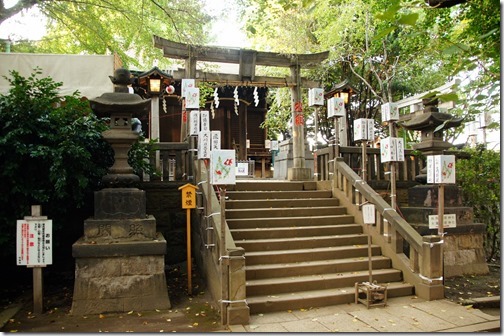 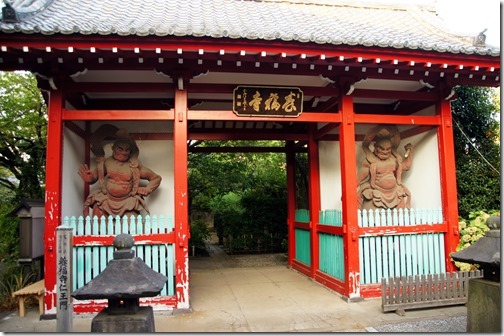 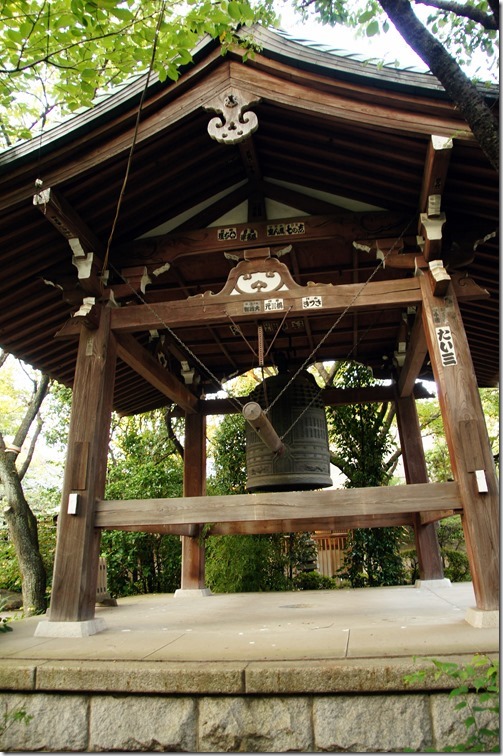 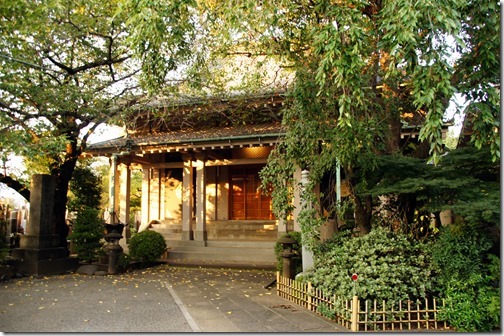 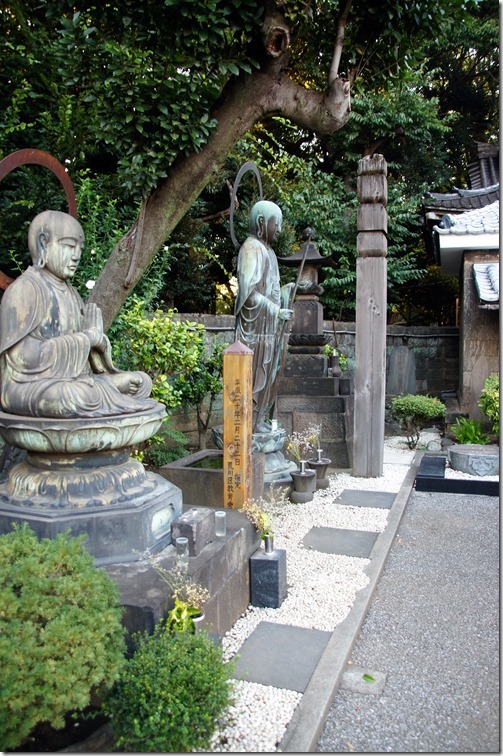 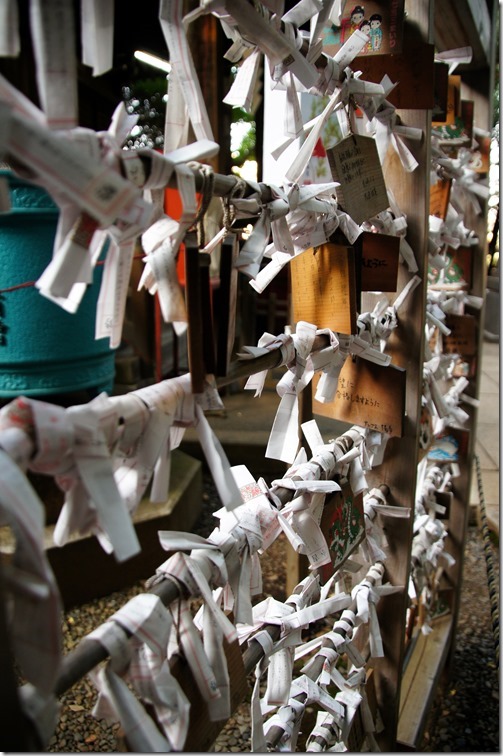 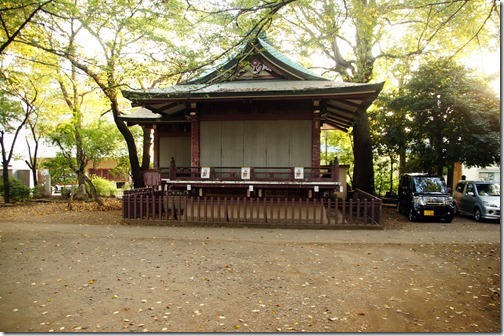 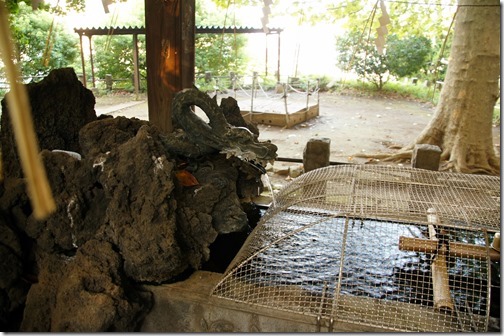 Finally, after the temple and the cemeteries, there is the Ueno Park… 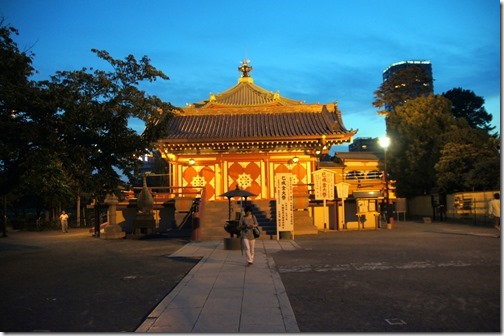 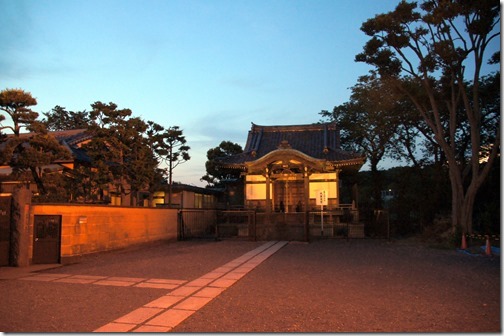 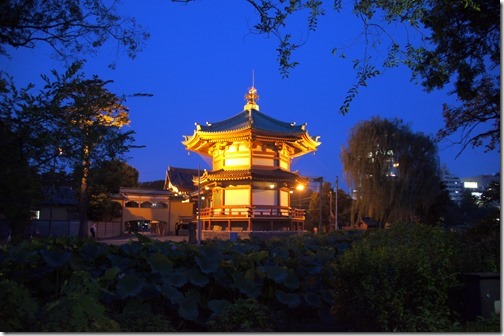 Web-Japan offers a good summary map of the area highlights : 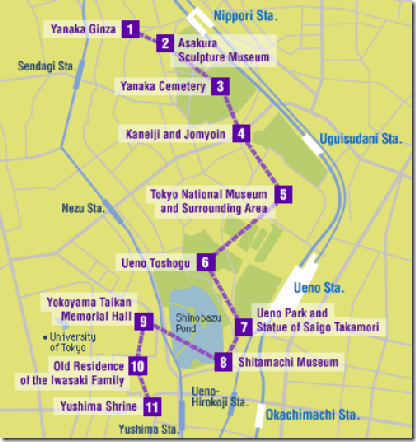