Planet Solar, the solar powered boat that’s circling the world, has taken a short trip away from the Hong Kong harbour in Kowloon to visit us students at the Hong Kong University of Science and Technology (HKUST).

HKUST is located near the Sai Kung Peninsula which – aside from the breathing views – also means that we have our own little sea access with a small beach and a pier. Usually, this is used for parties departing from campus on junk boats, but occasionally we get more distinguished sea visitors, and Planet Solar is definitely the best use I’ve seen of the pier.

So, a few days before the event we got an email inviting us to welcome the crew of the world’s first solar powered boat demonstrating the commercial feasibility of solar-powered sun-dependent sea-travel, and I naturally wouldn’t skip such an opportunity. Especially, when the sci-fi looking boat is so photogenic. 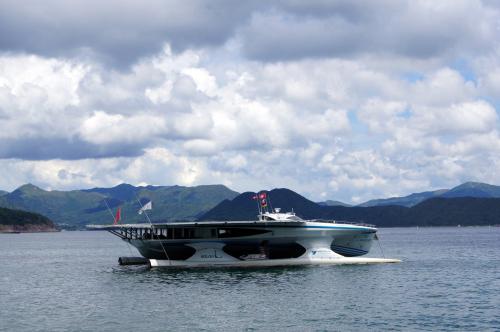 To learn abit about the boat and the event, here’s a bit from the email we got …

MS TÛRANOR PlanetSolar, the world’s largest solar-powered catamaran will dock at the HKUST pier on 18 August 2011 (Thursday around noon). HKUST is a local partner of the PlanetSolar Project in Hong Kong as part of its global expedition to promote the effectiveness of renewable energy and the importance of environmental protection. PlanetSolar will berth at Ocean Terminal in Tsim Sha Tsui from 15 to 22 August 2011.

Come and witness TÛRANOR PlanetSolar entering the port of HKUST! On the day, PlanetSolar’s Captain Erwann Le Rouzic and crew members will share their experience on board during a sharing session.

Details of the event are as follows:

2) Sharing of “Life of PlanetSolar” and “[email protected]”

More information about the PlanetSolar project is available at http://www.planetsolar.org and http://events.ust.hk/PlanetSolar/PlanetSolar_Fact_Sheet.pdf.

Please join us to give a big welcome to TÛRANOR PlanetSolar at HKUST!

So, we had a small welcoming event followed by a short talk and a Q&A session with the crew captain.

Some more details on the boat from what’s on the web :

MS Tûranor PlanetSolar is a catamaran that runs solely on the energy found in light. Additional removable parts allow it to expose a total of 537 square metres of photovoltaic modules (solar panels) to the sun. This impressive data makes it the biggest solar-powered ship in the world.

The team behind the project is aiming for the following world records:

Naturally, the main challenge with this would be to navigate through a path that would offer enough sunlight for the engines to keep the boat running. Since they’re been doing this since September last year (2010), almost a year now, seems like weather forecast abilities and the solar technology are proving sufficient for this to run convincingly.

Here’s a bit of what went on.

As the boat approached… 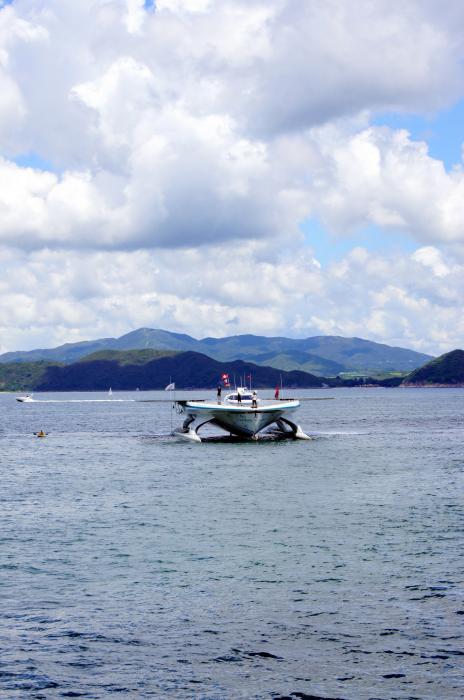 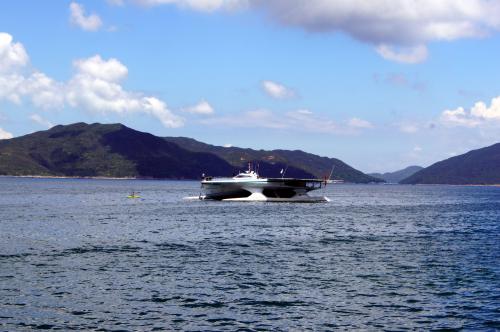 We all got ready… 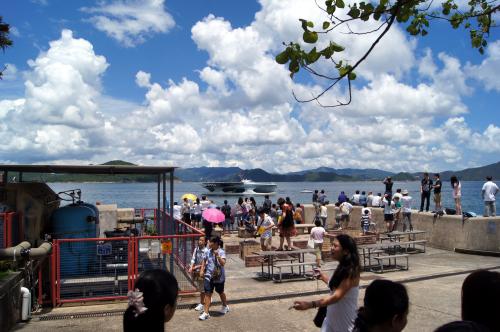 The crew left the boat and came our way… 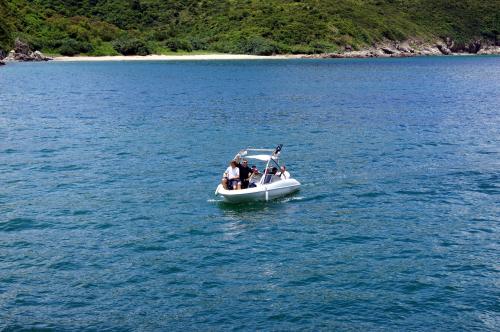 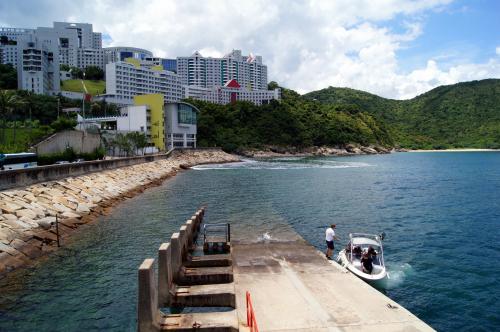 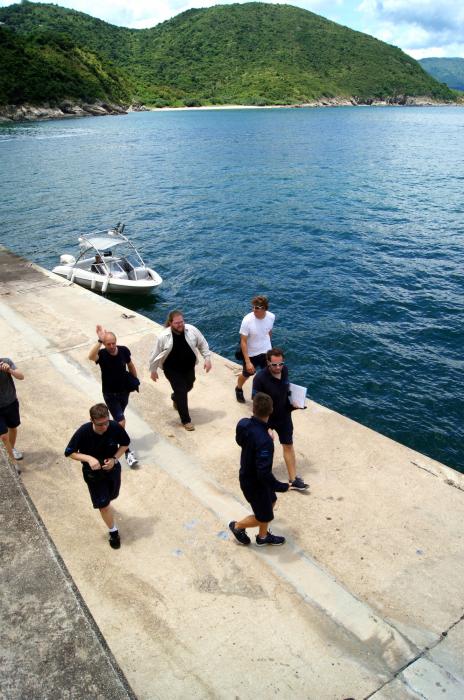 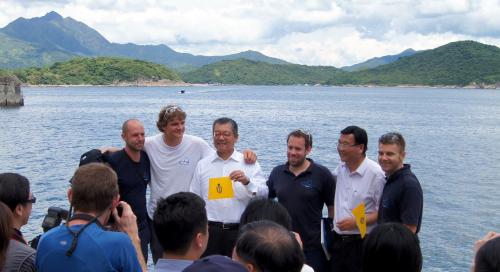 and we got a quick speech from the crew captain… 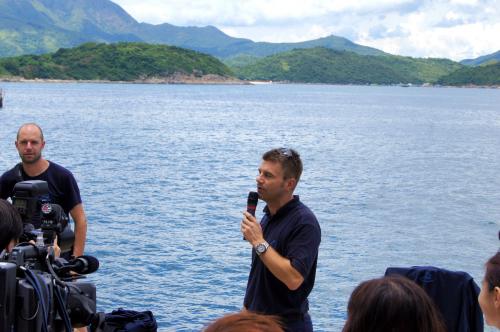 Later on, we gathered at the UG hall meeting room to hear a bit more… 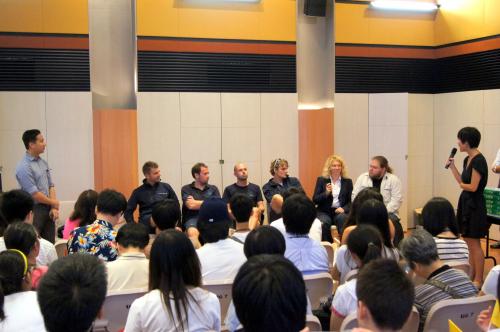 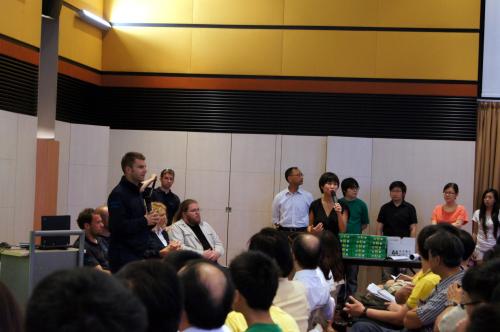 But, the boat is what’s really captivating here… so, let’s just focus on that. 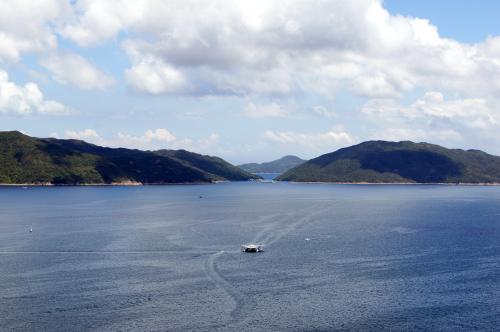 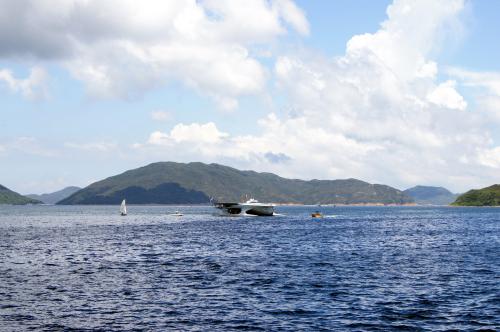 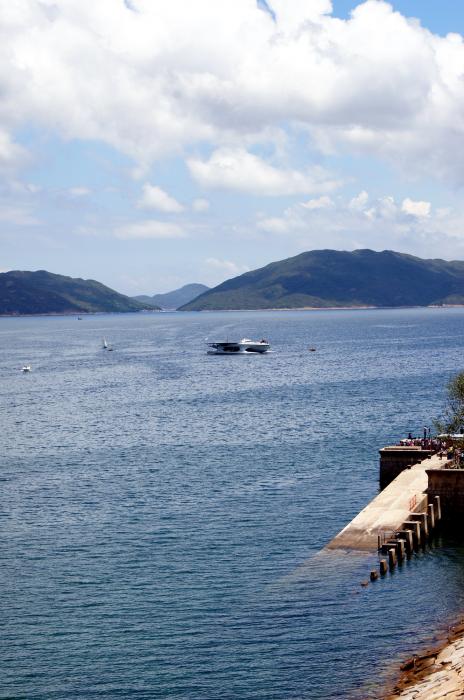 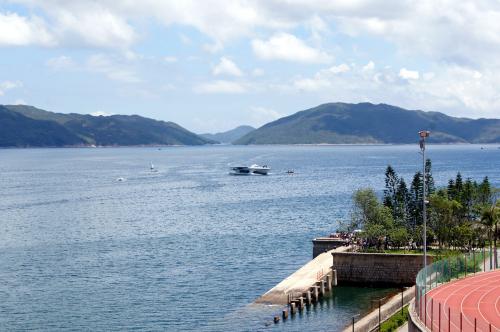 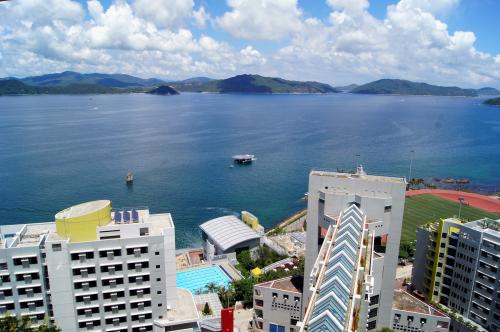 May there be more such events to come. Best of luck to the Planet Solar crew and environmental message.