Every year, during July, we get the same kind of debate surrounding the Hong Kong “international” book fair – should pseudo models be allowed to sell and promote their books on the fair. Every year, during July, I decide to have a peek at the fair hoping to find a gorgeous pseudo model to criticize, but all I end up finding is lots of people buying books. And mostly Chinese books, at that. 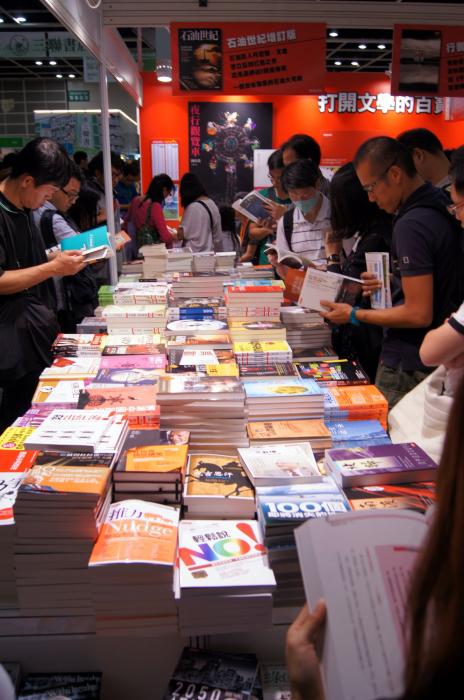 Nah, we don’t care about pseudo models. We just love taking photos of local people doing whatever it it that they do wherever they do it. We’ve perfected the art of cultural-nothingness photoshooting to an almost art-form.

This is no exception. Below you’ll find the most fascinating, mind-blowing, incredible photographs of absolutely nothing going on in the Hong Kong “international” Book Fair 2011. You can almost sense the nothingness popping up from the images, can’t you? 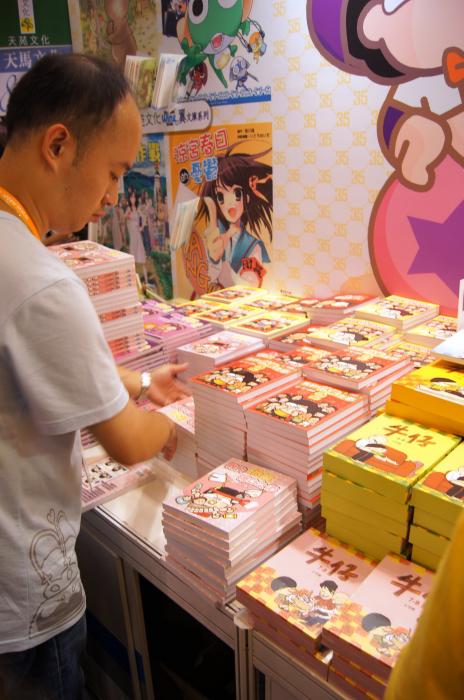 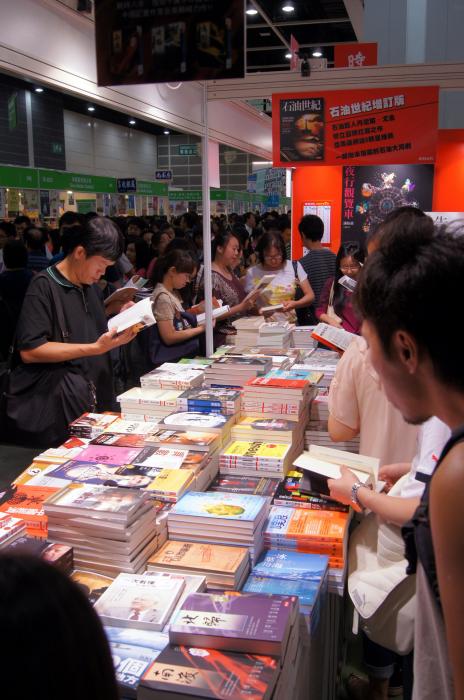 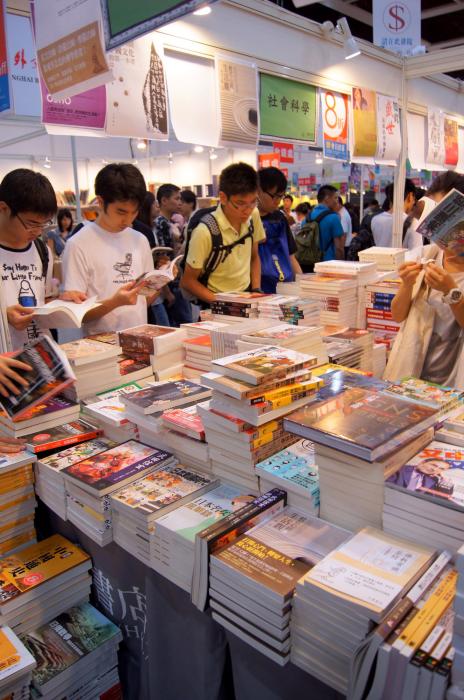 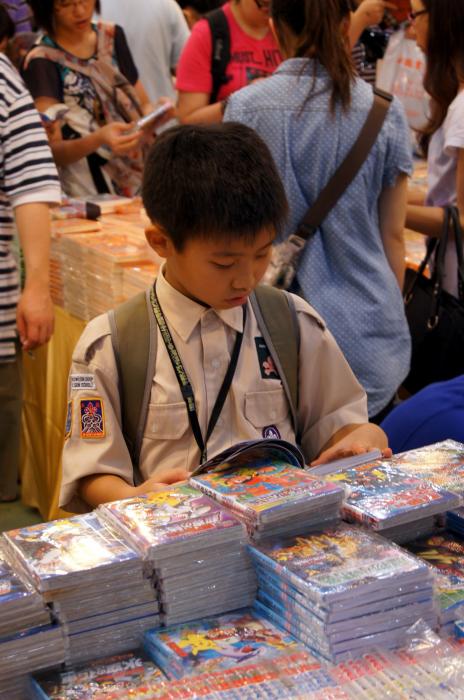 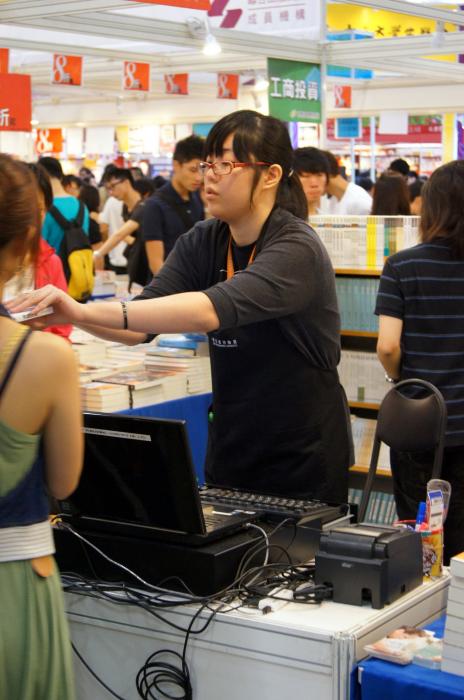 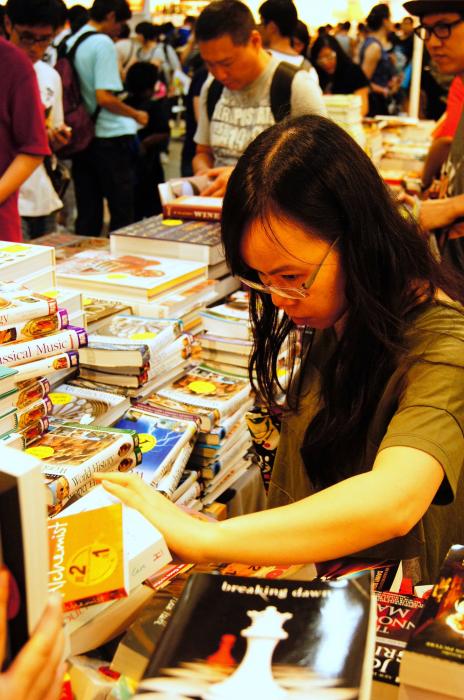 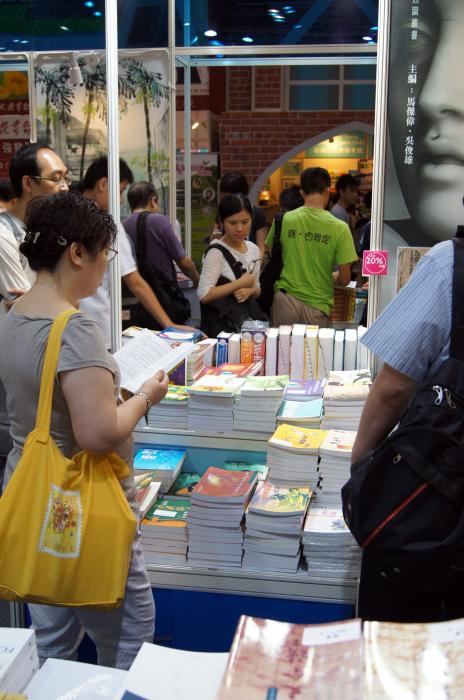 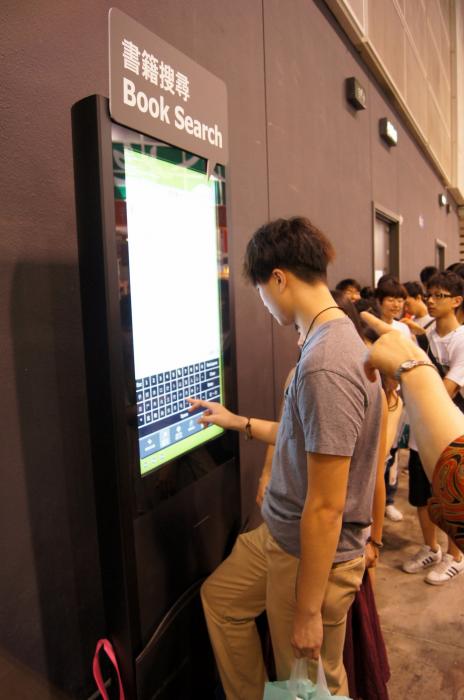 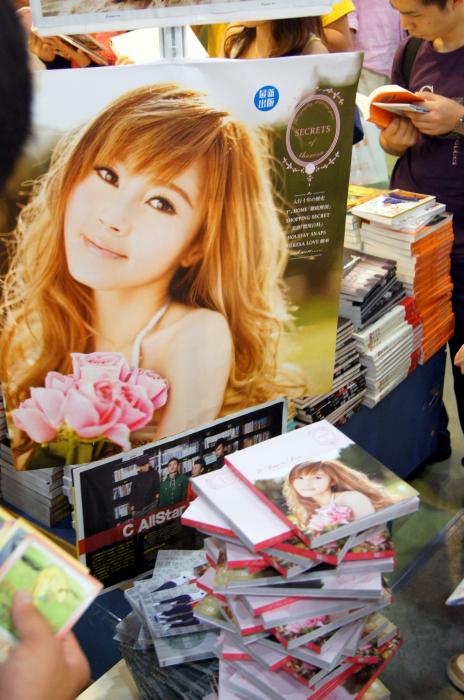 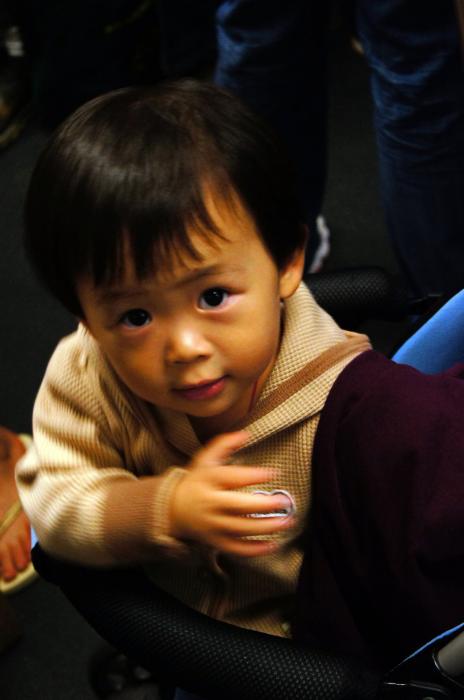 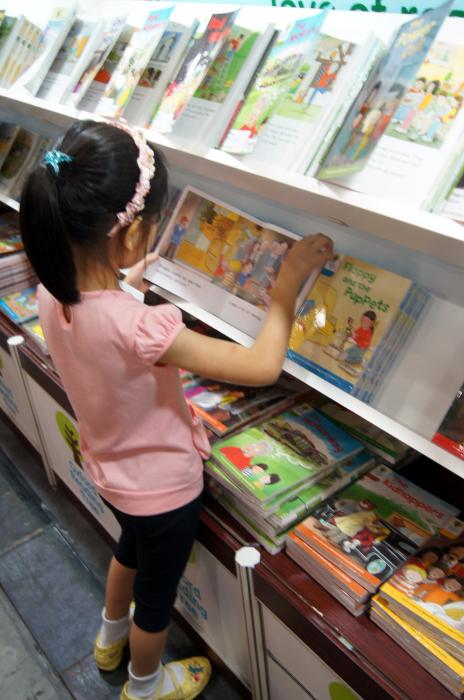 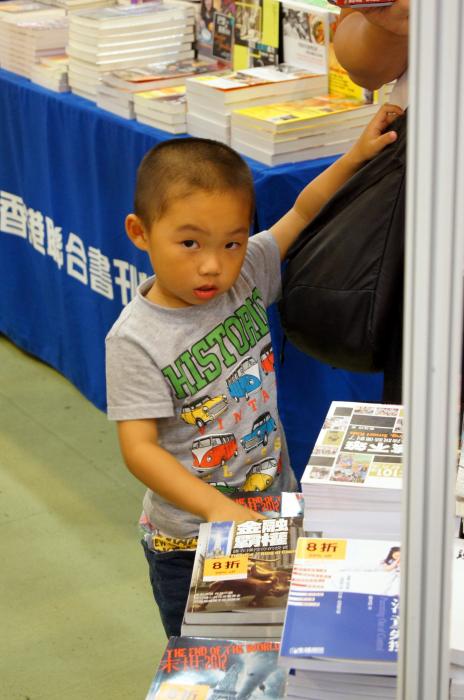 As you can see, all the booths were overwhelmed with people… all, but one. This one… 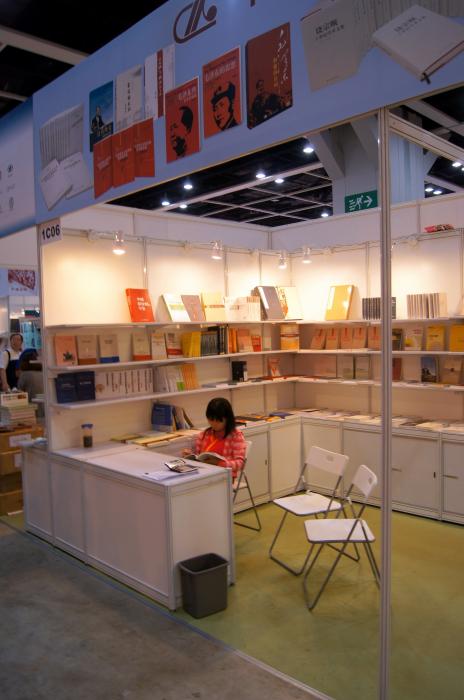 Why? the answer lies in what seems to me like Chinese government propaganda books. In contrast to this booth the busiest booths, aside from the ones selling half-naked Hong Kong models, were the books outlawed in China – many of the shoppers mainlanders.

Since we’re making small observations, I noticed that I was accidently able to capture a disturbing wide-spread Hong Kong phenomenon. Observe this next photo… 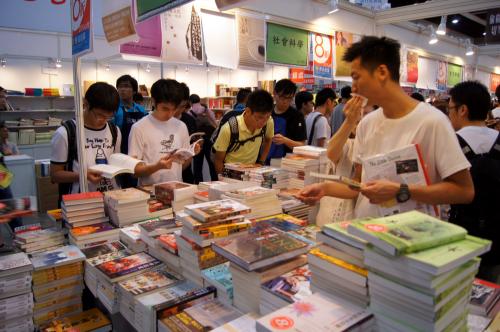 While the books are interesting by themselves (not), the more curious part in this photo pertains to the woman wiping her boyfriend/husbands mouth/face. Not sure why, but it seems to be common practice for girls to take care of their childish partners by wiping them off when they’re dirty or sweating. Never have I seen this happen the other way around.

See? who says nothing interesting happens at book fairs?

Yeah, there were a couple of local celebrities promoting whatever… getting close to take a photo was usually an impossible feat. 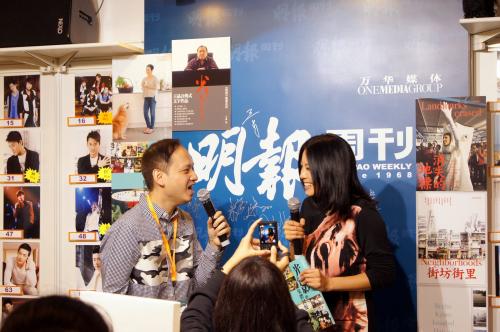 Let’s wrap up with more photos of crowdiness nothingness… 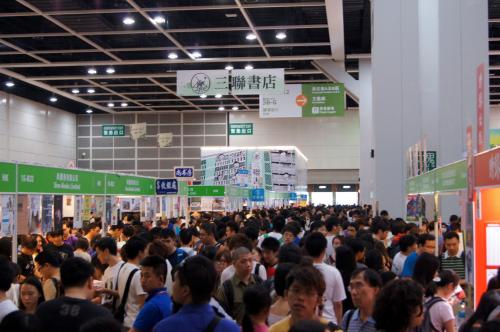 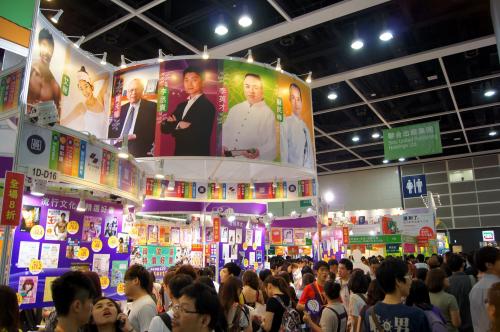 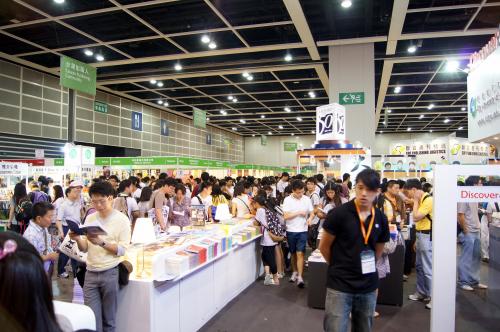 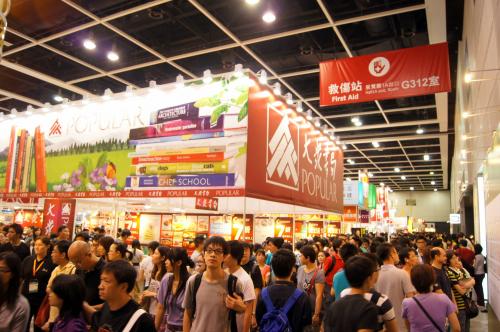 Makes you want to visit next year’s fair, doesn’t it?