One of the greatest things about Hong Kong is that it has the outlying islands. From the gorgeous and scenic Lantau island (with Ngong Ping 360, Tai O Village etc.), through Lamma Island, to Cheung Chau you can spend days exploring hiking trails, celebrating local festivals and religions and enjoying terrific local seafood and laid back sea-side restaurants. Next to those three well known HK outlying islands there was one smaller option that I’ve been planning to go explore for quite some time.

Reviews weren’t very promising, saying it pales in comparison to the big three, but after visiting the island I would say it has its own charm and definitely worth a day out exploring. Though it’s small, it will take you a couple of hours to hike around and with the local restaurants and the nearby beach, there are quite a few things to keep you busy. 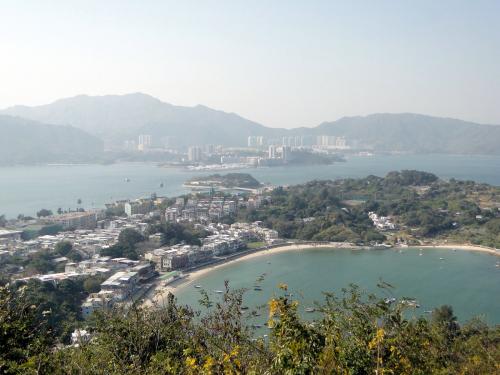 This last photo of Peng Chau was taken from the Finger Hill top :

The 360 undisrupted seaview is a unique panorama of Hong Kong: in the east Hong Kong Island and part of Kowloon Peninsula; in the south Lamma Island, Hei Ling Chau and Sunshine Island; in the west Lantau Island with many villages dotting its eastern coastal areas and of which Trappist Monastery and Discovery Bay are among the famous ones; in the north Disneyland under construction and Tsing Ma Bridge. All zoomed into sight.

If you’re wondering about the beach…

The Wikitravel community generally has positive things to say :

Peng Chau (平洲) has a reputation for being dull and lacking in tourist attractions. Yet, if you go there expecting to see very little, you maybe pleasantly surprised. Good seafood restaurants here are cheaper than the other islands and you get the feeling you are off the ‘beaten-track’ of mass tourism. Perhaps it is the place to go at the end of your holiday when you are weary of the fast-pace of the big city and just want to slow down, have a drink and chat with friends.

Despite its reputation, Peng Chau does have quite a few local attractions. The HK government website highlights some of the Peng Chau fun :

Historical records show that the small island of Peng Chau has been developed continuously since the middle of the Qing Dynasty. At that time, whilst most of the settlers there made their living by fishing, some were engaged in commerce and farming.

Today, Peng Chau has a population of over 5,000. Many are commuters to Central who have been attracted to the island by its fresh air and quiet environment. It takes about 25 minutes to get from Central to the island by fast ferry.

The small market town on the island has retained its old appearance. Strolling leisurely along Wing On Street, you can see traditional green-tilted houses and stores. Simple seafood dishes are served in the restaurants at very reasonable prices. Temples and historical monuments can be found on the island making it a good place for outings and sightseeing. From Fung Ping Pavilion at the peak of Finger Hill, visitors can have a panoramic view of the island, Tsing Ma Bridge, the Hong Kong Disneyland and nearby islands. It is also a good transit point for boat trips to tourist destinations along the Lantau Island coastline between Discovery Bay and Mui Wo, particularly, the Trappist Haven.

Tin Hau Temple was built 200 years ago in Qing Dynasty. In the Temple, fishermen have placed an eight-feet whale bone consecrated to Tin Hau, the Goddess of Sea who protects the fishermen by bringing them fine weather and orderly rainfall.

The Golden Flower Shrine was redeveloped in the 1970s. It is said that Goddess Golden Flower blesses believers by granting them numerous generations of descendents. The annual Golden Flower Festival is on the 17th day of the 4th month of Lunar Calendar. The Shrine is bustled with prayer and performance of dragon and lion dances.

The Lung Mo Temple is located at Tung Wan on Peng Chau and consecrated one of the Goddess of Sea, Lung Mo. It originates from a temple with 2,200 years of history in Yue Cheng, Guangdong. It is said that by touching the "Dragon Bed", believers are bestowed with good fortune and safety.

Walk along Wing On Street southward and then walk up the steps. You will reach the Fung Ping Pavilion on Finger Hill – the island’s highest hill. There you can appreciate splendid views of the Tsing Ma Bridge and the Hong Kong Disneyland, as well as the nearby islands.

Peng Chau island is small enough that you can walk around and never get lost! About a third of the size of neighbouring Cheung Chau, and linked to its neighbours by an inter-island ferry and kaido service, Peng Chau has many of the bigger island’s charms, but on a more intimate scale. These include an attractive fishing harbour, a two-centuries-old Tin Hau Temple, a morning fish market and a small community whose warren of lanes reveals many aspects of traditional rural life. Hand-painted porcelain is a true cottage industry here.

For a pleasant walk through the village and surrounding hills, visitors can follow the sign-posted Family Trail. Afterwards, fresh seafood can be bought at the old pier and taken to nearby restaurants to be cooked.

How to get there – Catch ferry to Peng Chau at Central Pier 6 (MTR Hong Kong Station Exit E1. Walk through ifc mall).

I did a combination of two trails, the Peng Chau Heritage Trail …

And the circular northern trail going through the northern side of the island. It’s a really small island so the whole thing didn’t take more than 3 hours, with lots of stops and rest in the middle.

If you want to get a feel of just how laid back the place is, browse through this video :

So let’s do this. 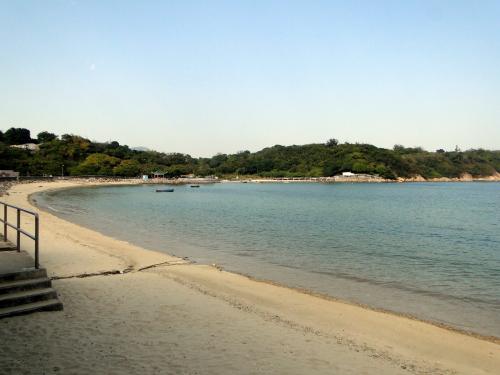 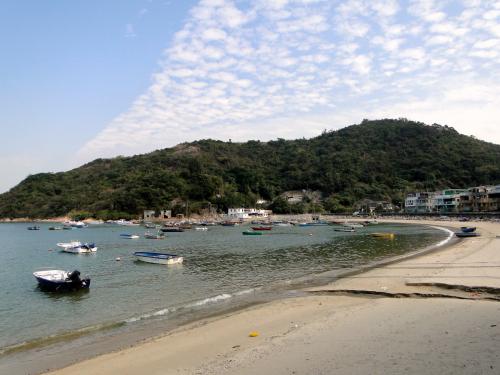 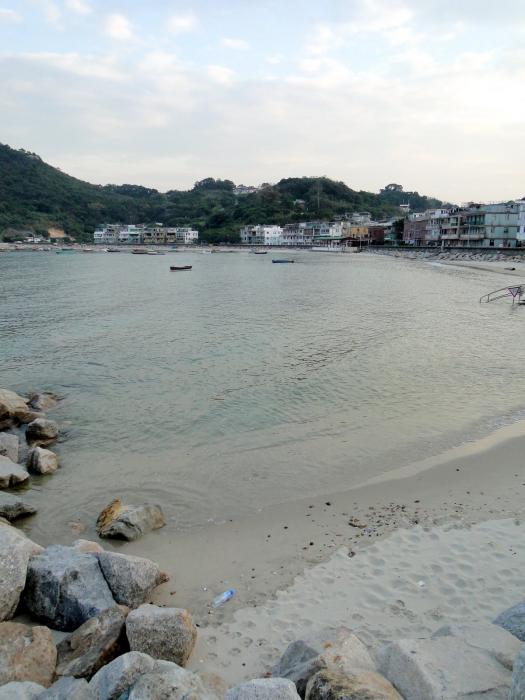 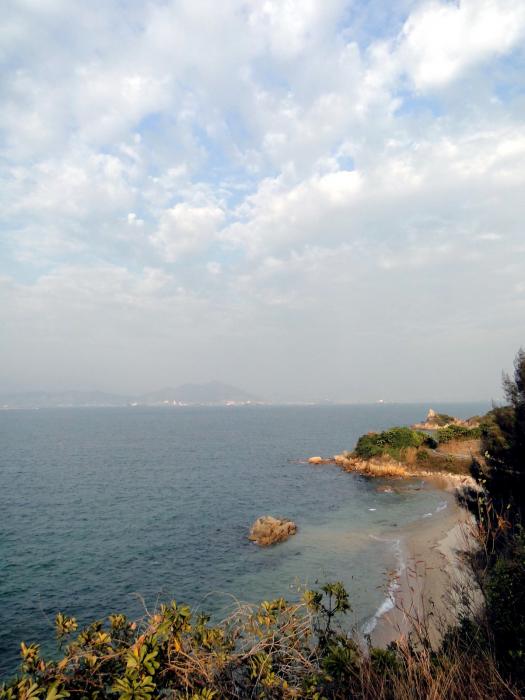 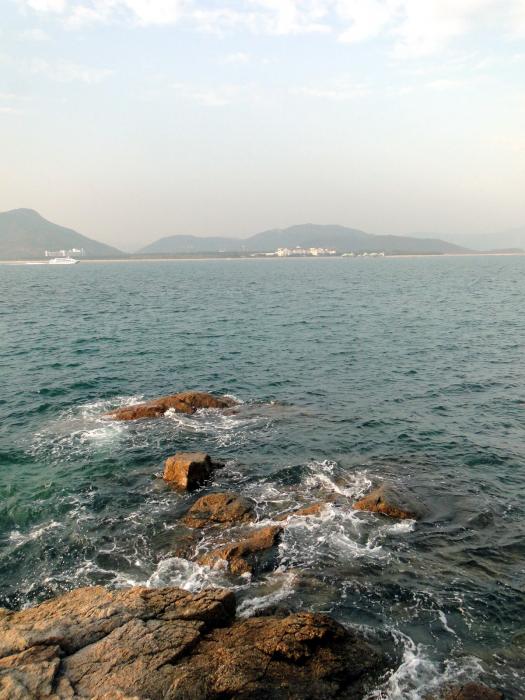 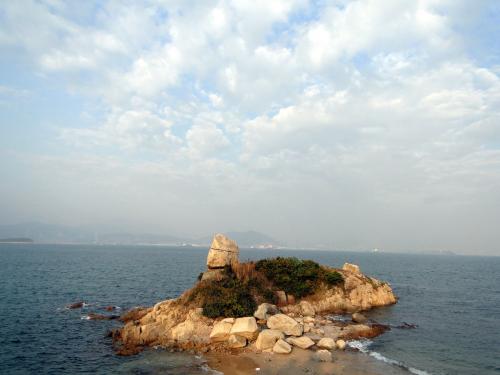 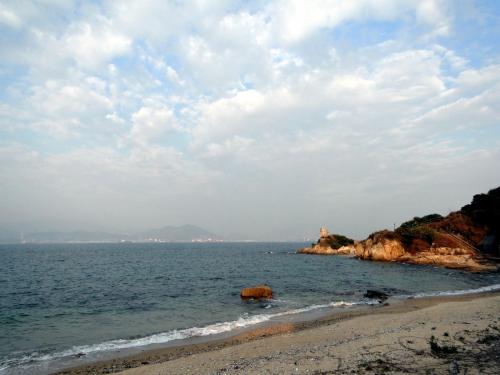 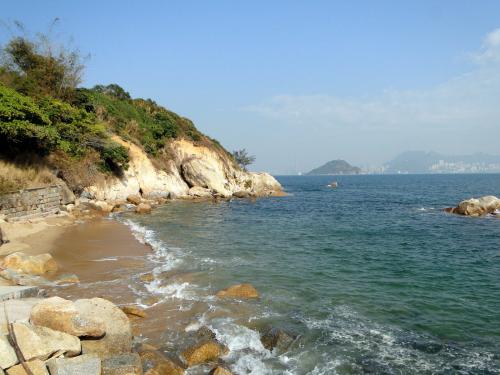 The panoramic views from Finger Hill… 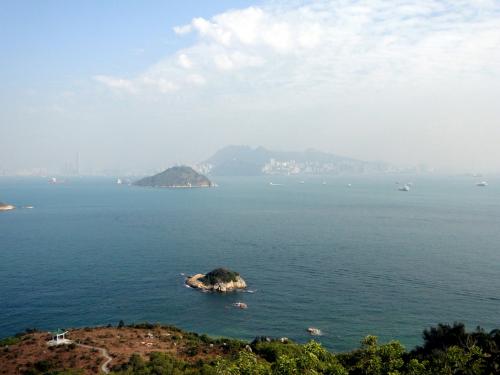 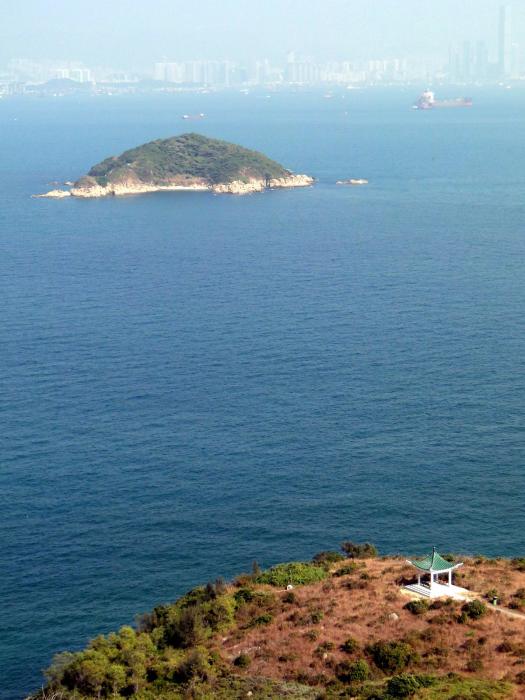 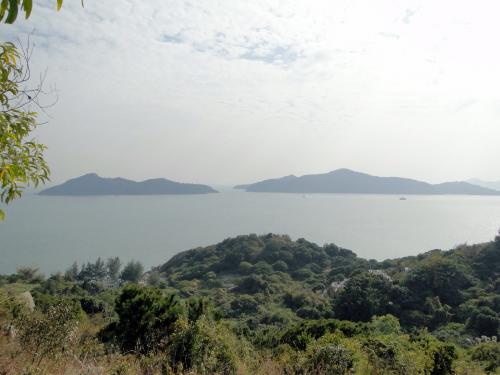 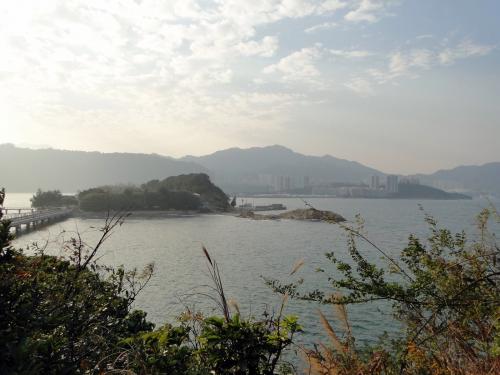 If you want to take the Central ferry to Peng Chau check out the updated schedule on the HKKF website or the Peng Chau website.