Holocaust memorials are always a tricky thing, but Boston managed to pull it off quite convincingly. It’s not very big, and there are no elaborate exhibitions to shock you, it’s a very simple outdoor display that sends an elegant yet powerful message. 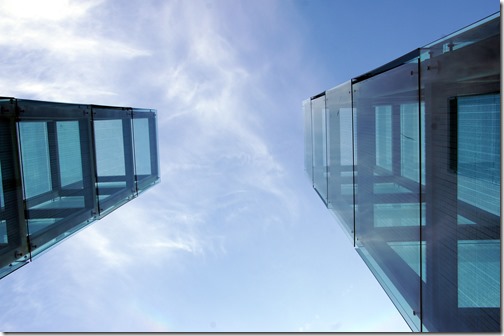 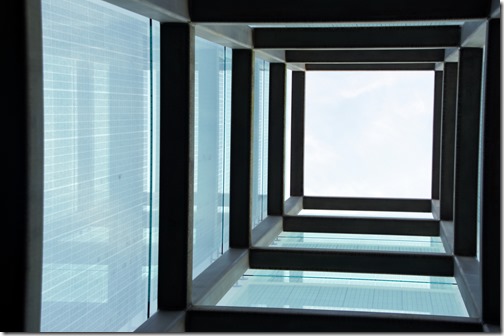 Inspired by a group of Holocaust survivors who found new lives in the Boston area, the New England Holocaust Memorial was built to foster reflection on the impact of bigotry and the outcomes of evil during World War II and to this day.

The Memorial represents the effort of more than 3,000 individuals and organizations, coming together to create a vibrant beacon of memory—and hope.foster memory of, and reflection on, one of the great tragedies of our time.

The New England Holocaust Memorial is an outdoor space, open and accessible to the public at all times. It is located in Carmen Park on Congress Street near Faneuil Hall and Quincy Market, on Boston’s historic Freedom Trail.

Designed by Stanley Saitowitz and erected in 1995, the memorial consists of six glass towers under which a visitor may walk. Engraved on the outside walls of each tower are groups of numbers representing the six million Jews killed in the Holocaust. Inscribed on the inner walls are quotes from survivors of each camp. Underneath the towers, steam rises up through metal grates from a dark floor with twinkling lights on it.

This is what you can expect to see : 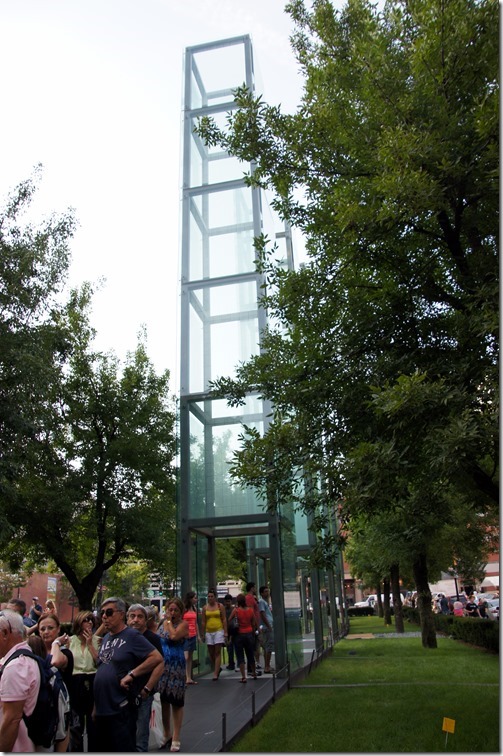 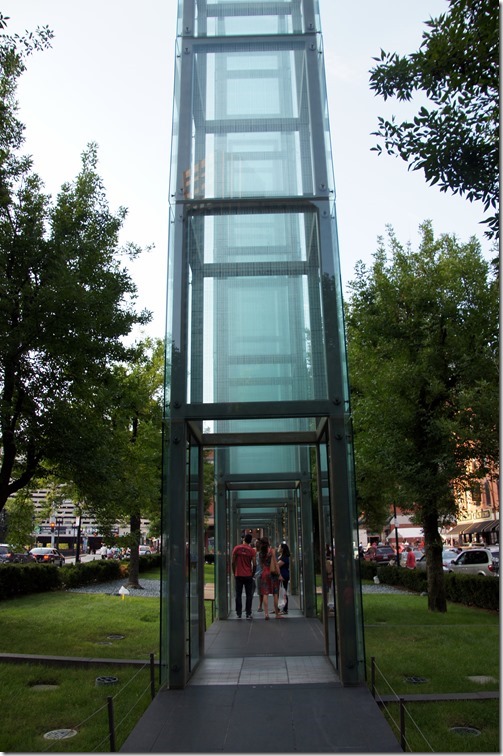 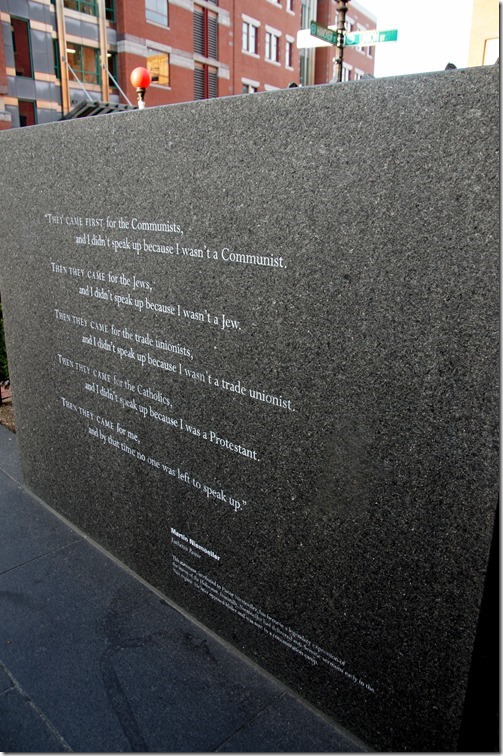 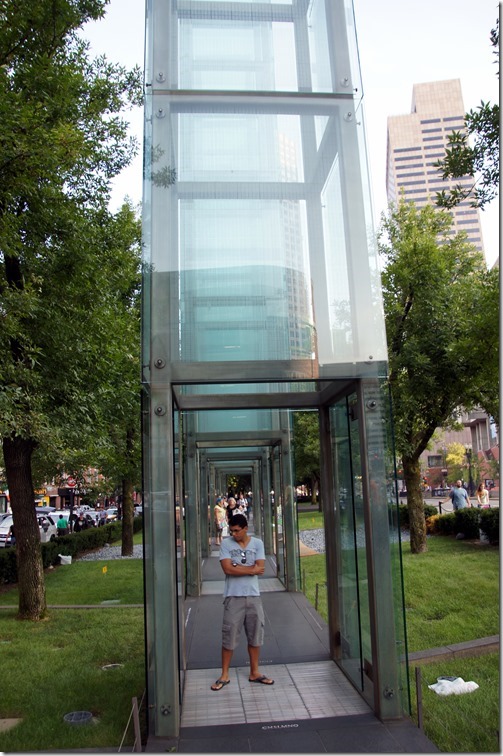 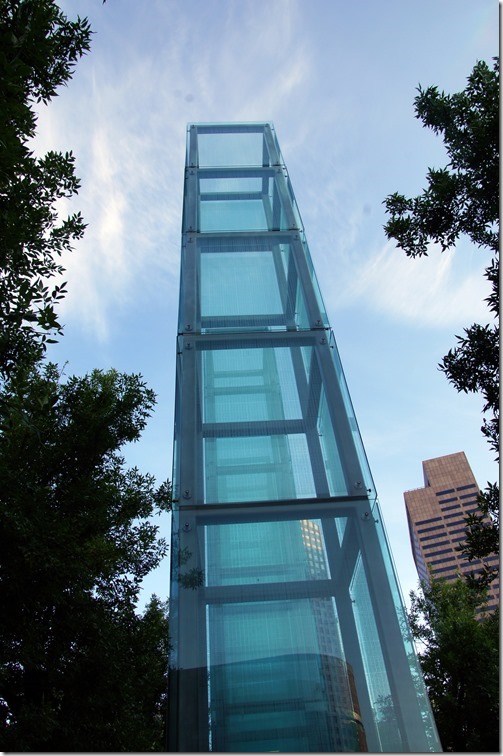 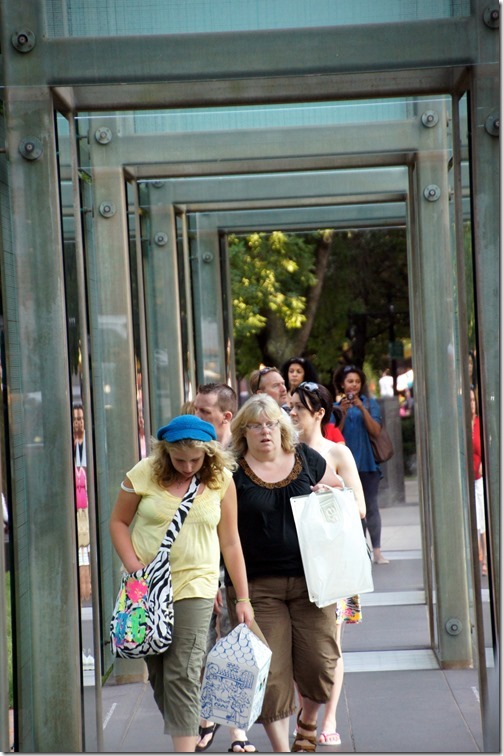 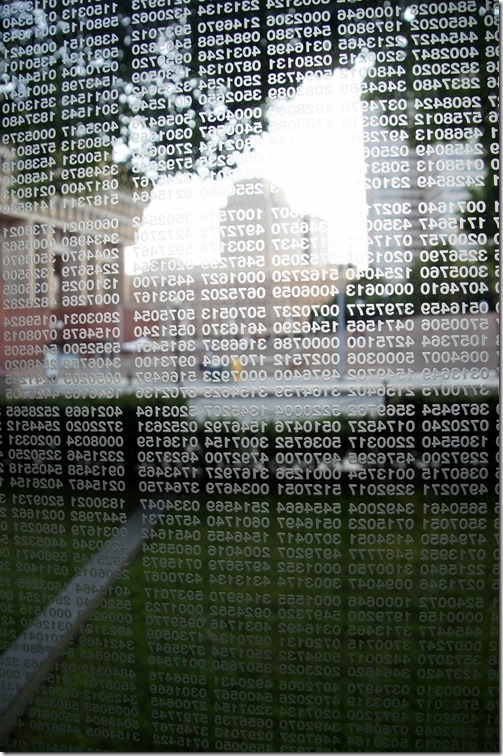 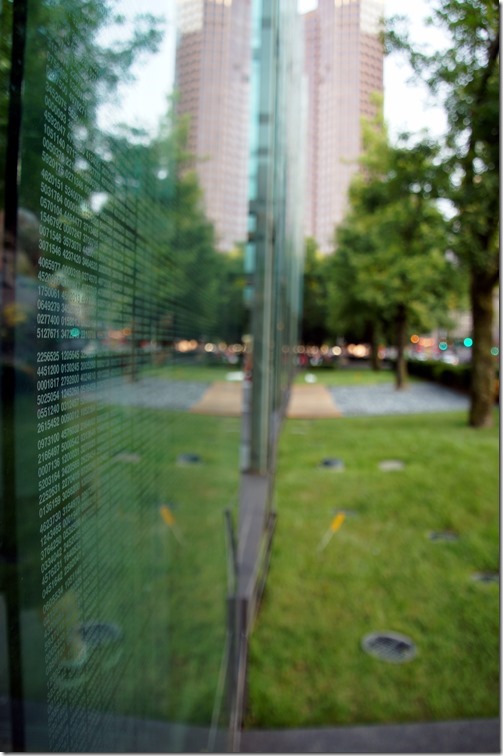 It’s fairly close to Quincy Market, so you’ll probably notice it if you’re doing the freedom trail. Why not stop by and have a look… ?