I heard a few things about The Venetian before I went to Macau – that it’s grand, magnificent, it’s built to resemble Venice and that it’s the biggest in the world – but little did I know how extreme this is going to be. The good folks of the Venetian constructed a series of canals with fake European architecture and blue skies indoors at their shopping mall above the huge casino. 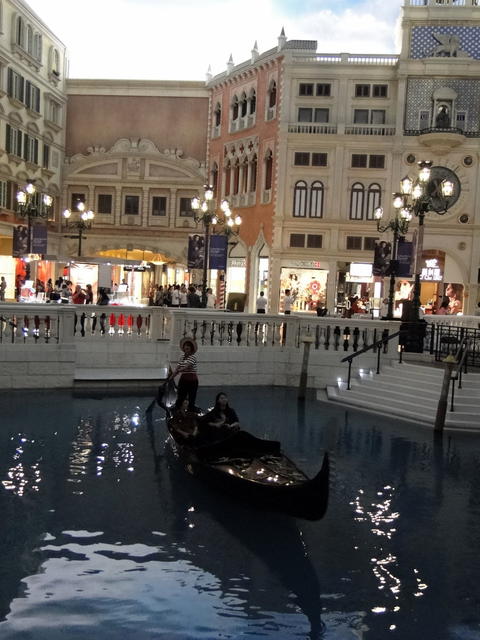 Yep, they even have the gondolas, and those even sing Italian opera when they’re navigating the boat. How cheesy.

From the outside it’s a bit hard to relay just how big the entire complex is. 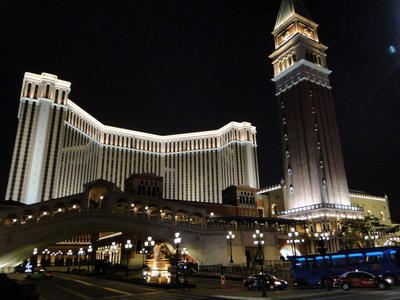 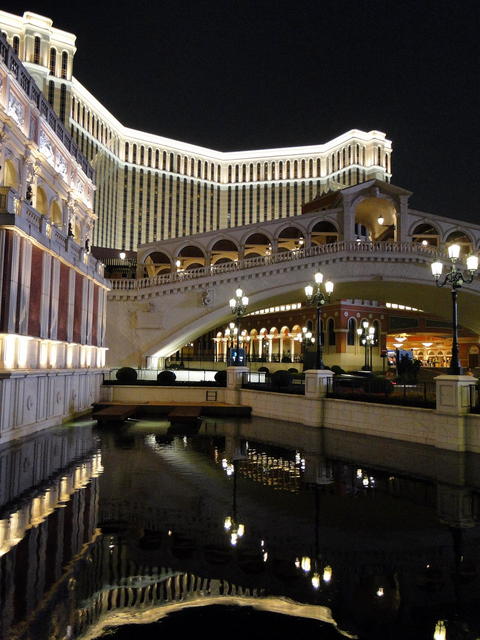 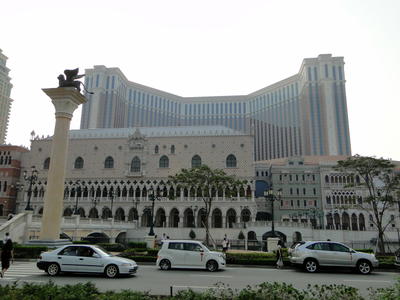 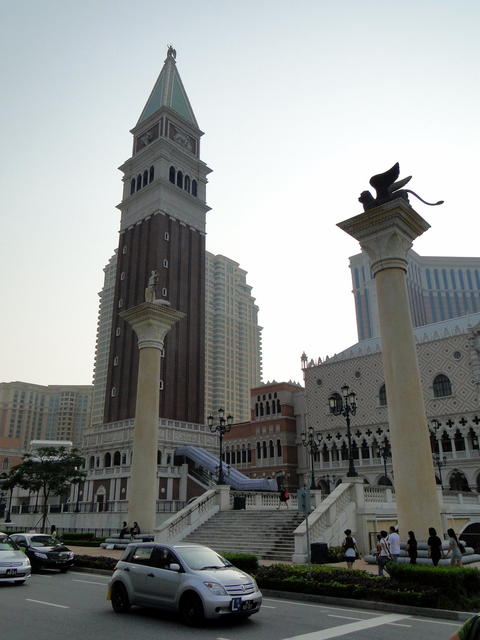 and how grand the casino is inside. 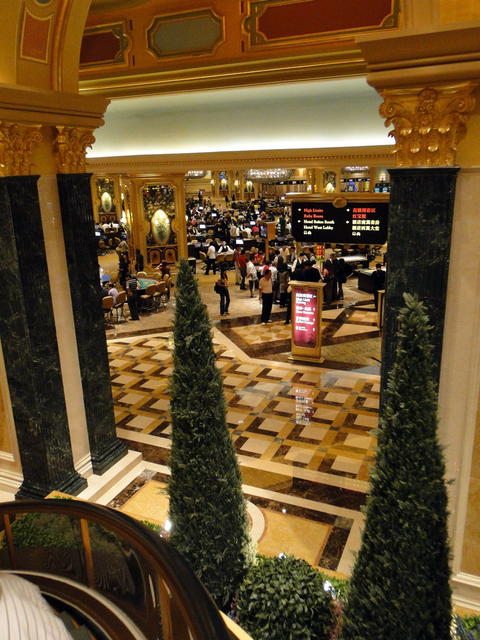 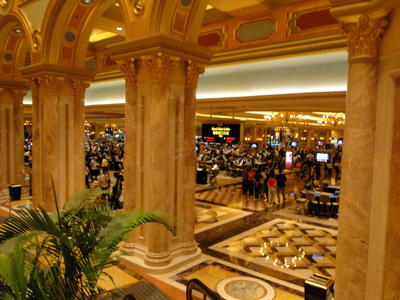 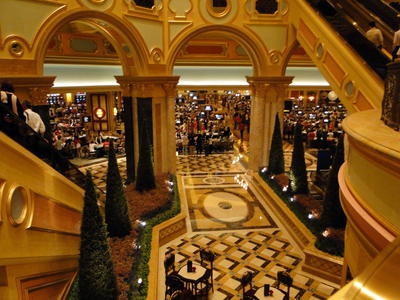 I’m not much of a gambler, so my pre-allocated 20HK$ ran the whole circle of turning into 80HK$, and then 130HK$ only to go back down to zilch. You’re probably thinking point is knowing to quit when you’re ahead, or whatever, but looking at the sorry excuse for humans that I saw around me pushing buttons mechanically you and I both know it’s impossible to do. It happened that once in a while I saw the occasional gambler winning something, and at rare times it was even something big, but a few minutes later it was already gone. If you ever feeling too positive about human nature, a visit to the casinos will help you get back a dose of sad reality.

Okay, enough of that. One last visit to fake Venice to wrap up. 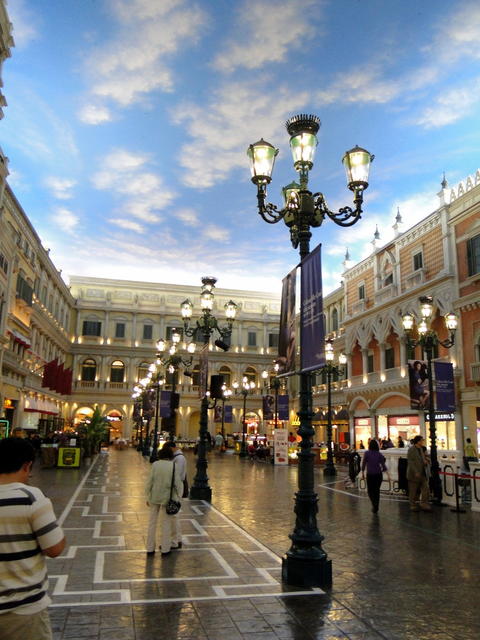 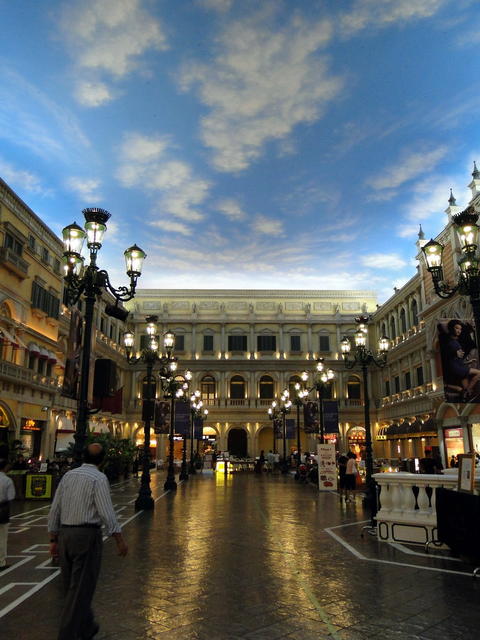 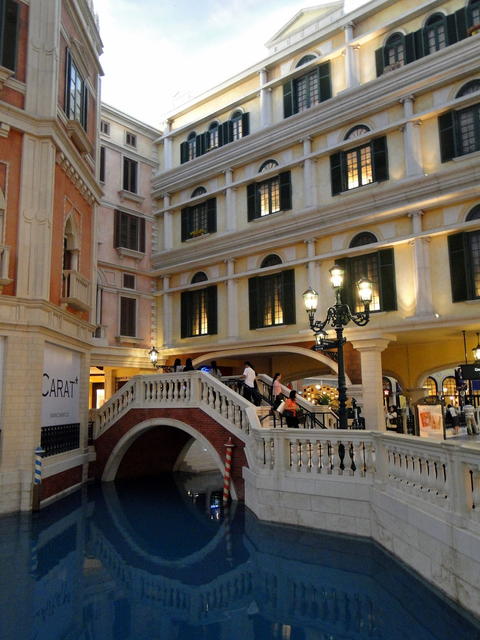 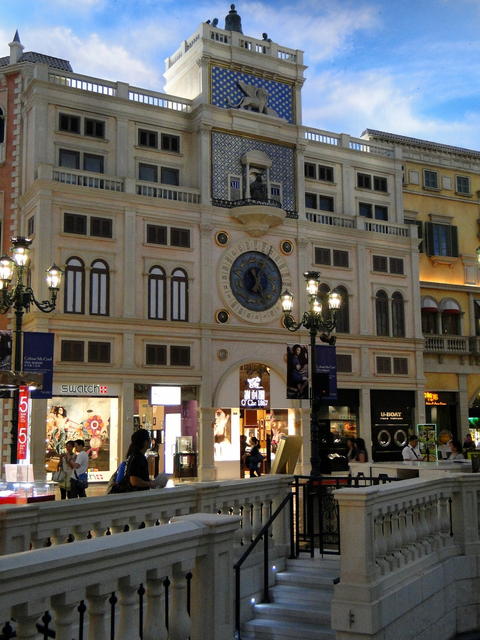 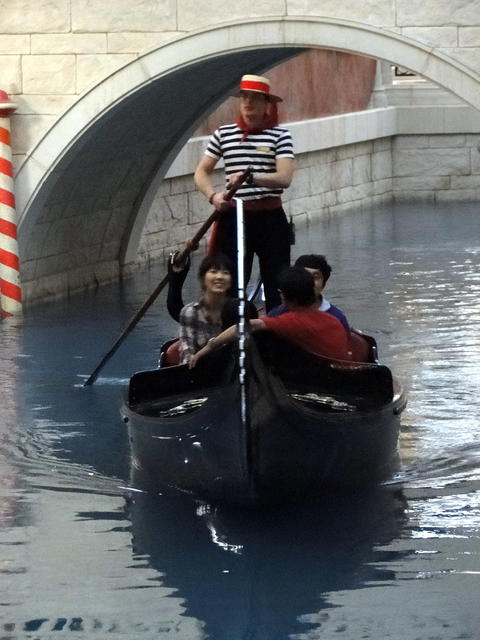 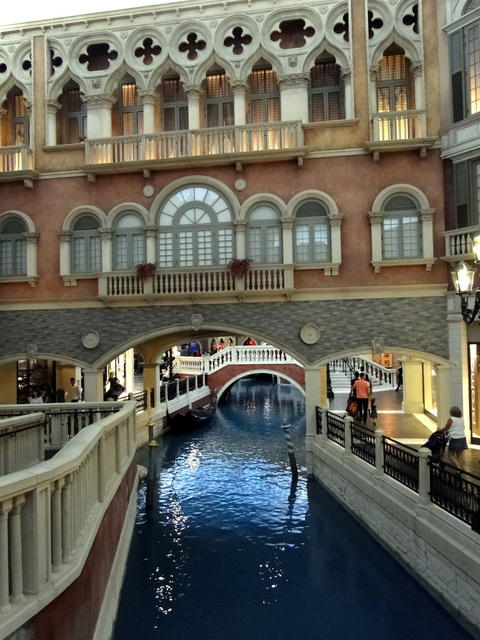 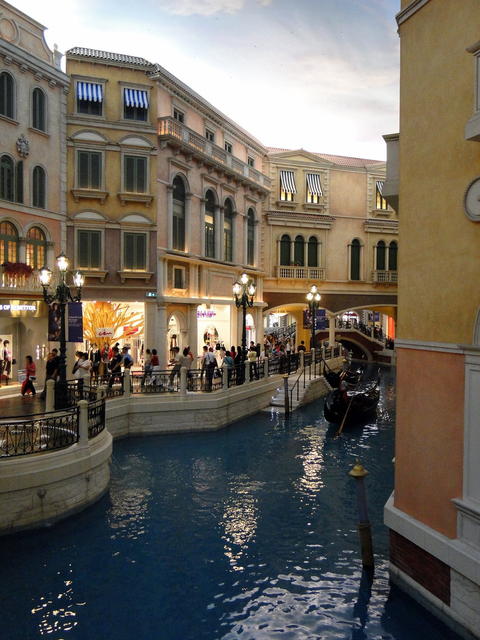 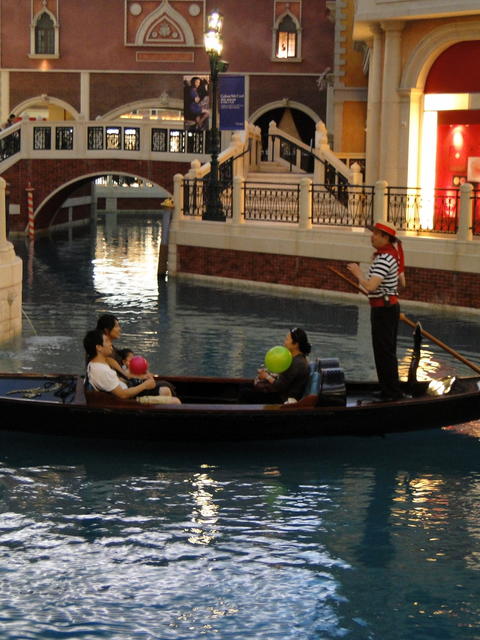 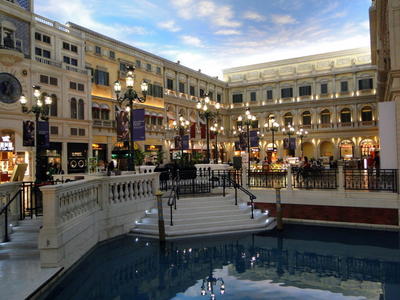 And to think that some people would actually pay the air-fare to really goto Venice in Italy when they just go to the Venetian in Macau. Phewww… people, go figure… 😛

(One thing I hear –is- worth visiting is the Zaia show. Will hopefully catch it next time)

Do u know there's an exactly the same look casino in Las Vegas? It's also called “The Venetian” .

Yeah, heard about that. From what I understand the one in Macau is far larger and grander, but that the concept was originally Las Vegian. 😛

Based on ur the pictures u put on, I think they r exactly the same grand, I just been there this July. Larger? Yes, I can see it from the title…

U know, not the concept, I really hv to say it's the cover/ copycat of Las Vegas'…99% the same….but I likey, then I dont need to fly to Las Vegas to enjoy it…:D

Similar or not, glad to see you're alive and well 😉

No worries, I am alive, ALWAYS!! Thanks for ur caring!!n glad u enjoy HK life.

😉 What have you been up to after the IIMBA?

Nothing special, goof off n trying to get a job I want in the great depression..not that aggresive, tho…U? Try to get a Ph.D in the near future in HK?

😉
Passerby – Probably will take a while to finish, but that's the general plan.

looks like you went alone if you thought the gondola rides were cheesy! they were great and romantic to me.