A bit off the beaten track for the casino hungry Macau tourist and not as well known as A-Ma temple is the very old Kun Iam Temple dating back to the 17th (some say 14th) century before the Portuguese took hold of Macau. It’s dedicated to the venerate Kun Iam, the Chinese god of mercy, and is mostly popular with the visiting mainland Chinese. Although there wasn’t much in English about the temple, I decided to walk over to have a quick look after a visit to the fort up on a nearby mountain and was very pleasantly surprised. 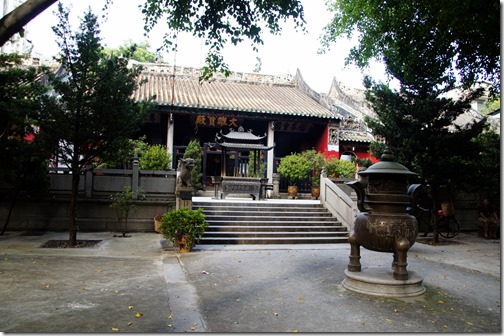 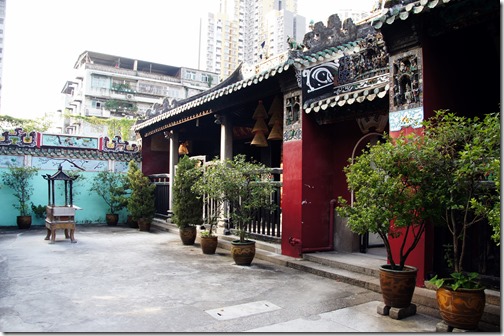 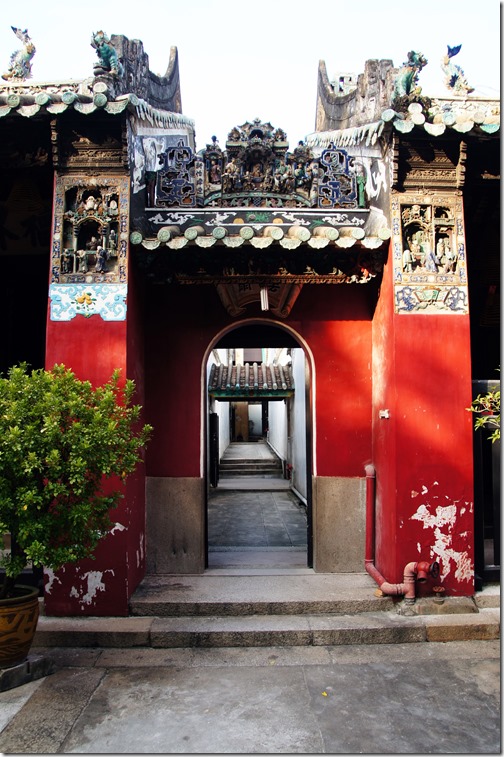 Frommer’s has the background :

Of the many temples in Macau, one of the most important is the Temple of Kun Iam Tong, founded in the 13th century. Its present buildings, with ornate porcelain figurines adorning its roofs, date from 1627. The most significant historical event that took place at this largest and wealthiest of Macau’s Buddhist temples was the 1844 signing of the first treaty of trade and friendship between the United States and China; the round granite table where the treaty was signed is still here, in the back garden. The temple houses images of Buddha, representing the past, present, and future, as well as the goddess of mercy (Kun Iam) dressed in the costume of a Chinese bride. She is attended by 18 gold-lacquered figures lining the walls that represent the 18 wise men of China. Curiously enough, the figure on the left with bulging eyes and mustache is identified here as Marco Polo, who, having embraced Buddhism, came to be viewed as one of China’s 18 wise men. Behind the temple to the right is a landscaped Chinese garden; it has four banyan trees with intertwined branches, popularly known as the Lovers’ Tree and considered symbols of marital fidelity. According to local legend, the trees grew from the burial site of two lovers who committed suicide when they were forbidden to marry. Although the original trees have died, new ones have taken their place.

As you wander through the various buildings on the temple grounds, you will notice small funeral rooms with altars dedicated to the newly deceased, complete with photographs, offerings of fruit and other food, and paper money to assist the departed in the afterlife. You may even chance upon a funeral service, in which participants are dressed in white. Please show respect by being quiet, and refrain from taking photographs. It is also considered bad manners — not to mention bad luck — to take a picture of a monk without his permission. In any case, a visit to this temple is like going back in time; allow 20 minutes in this time capsule. 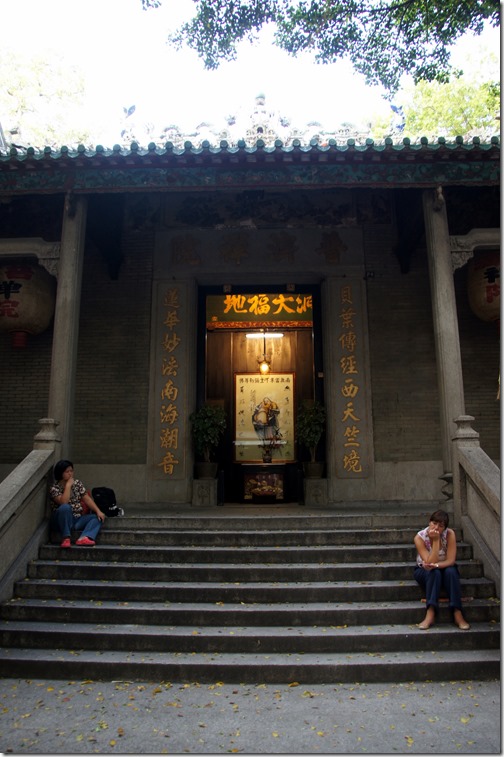 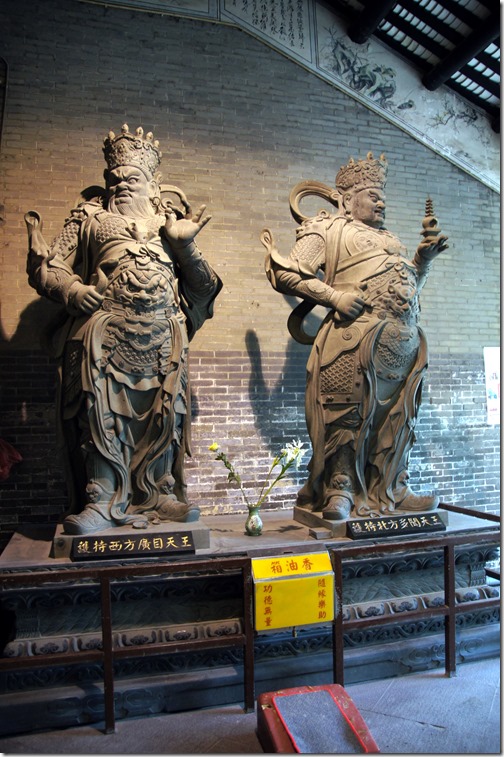 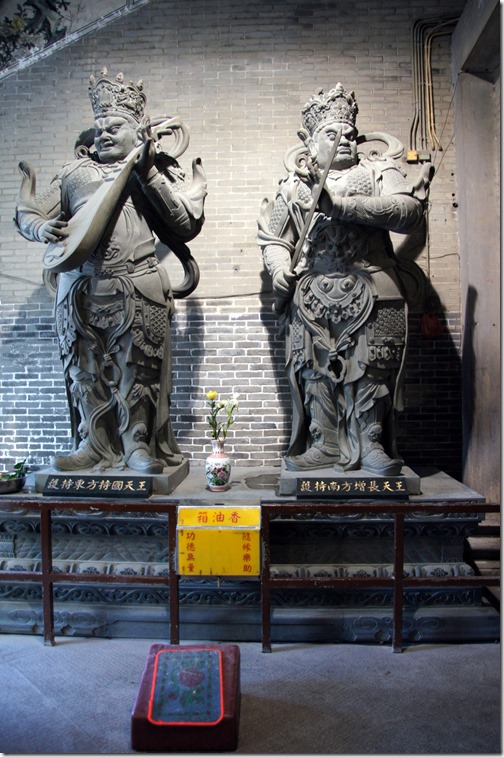 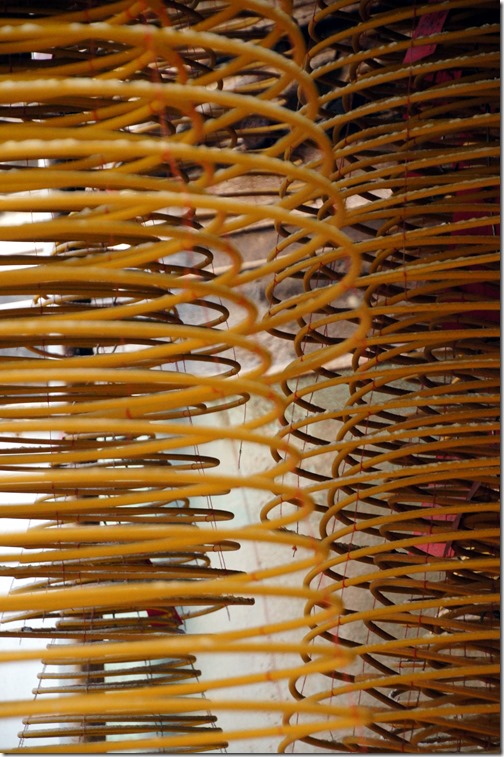 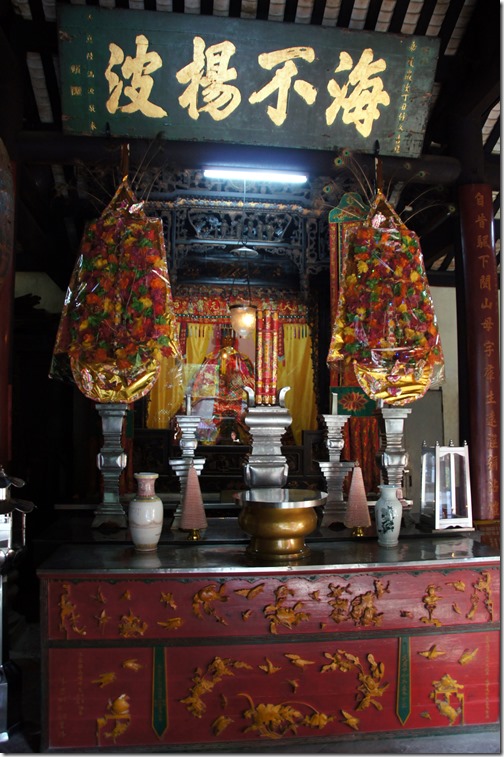 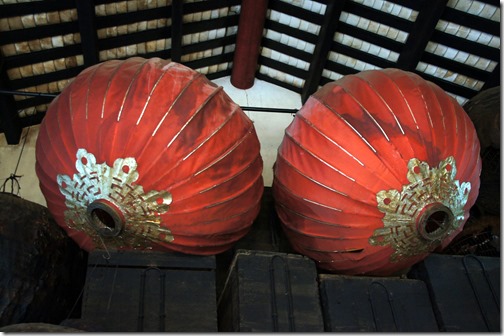 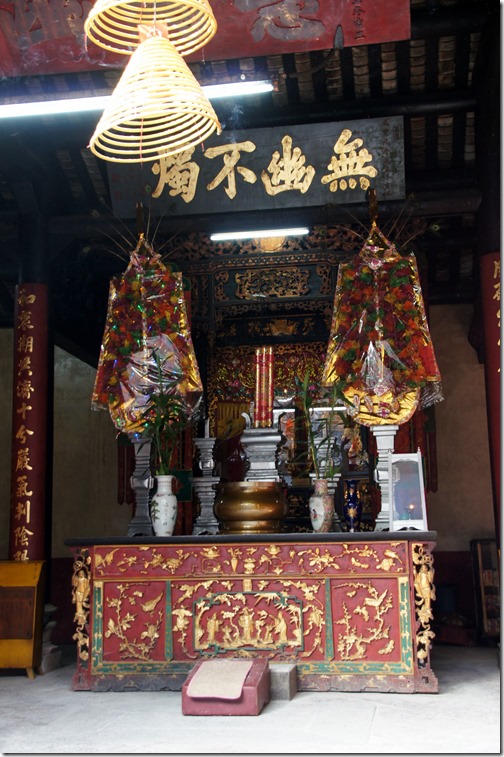 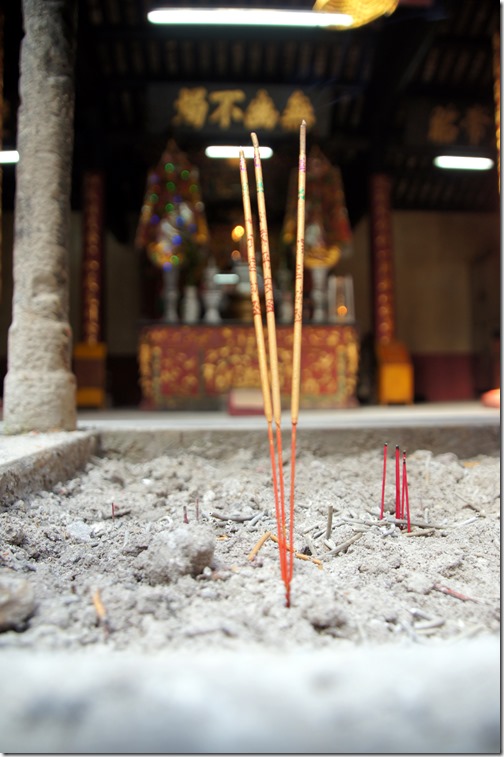 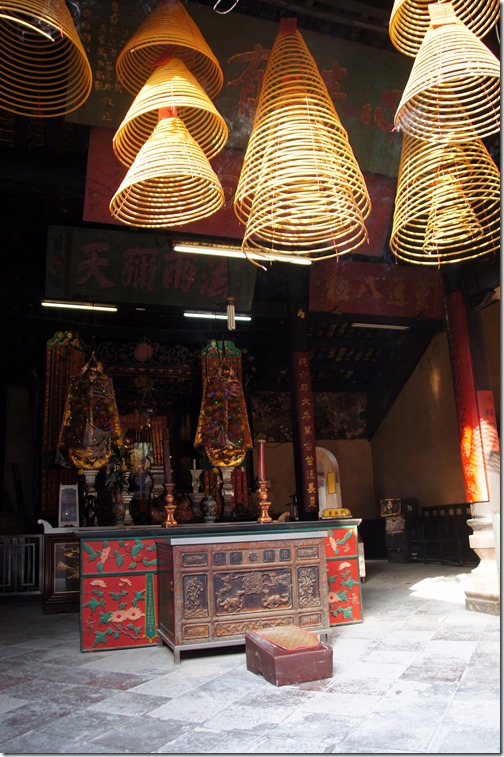 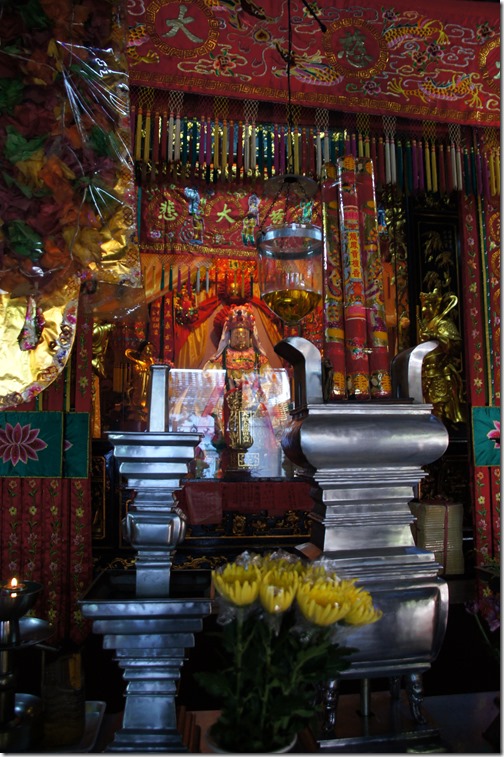 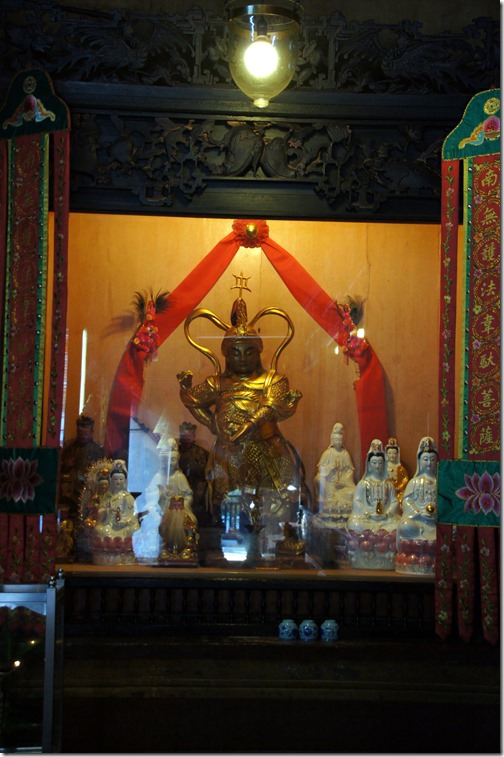 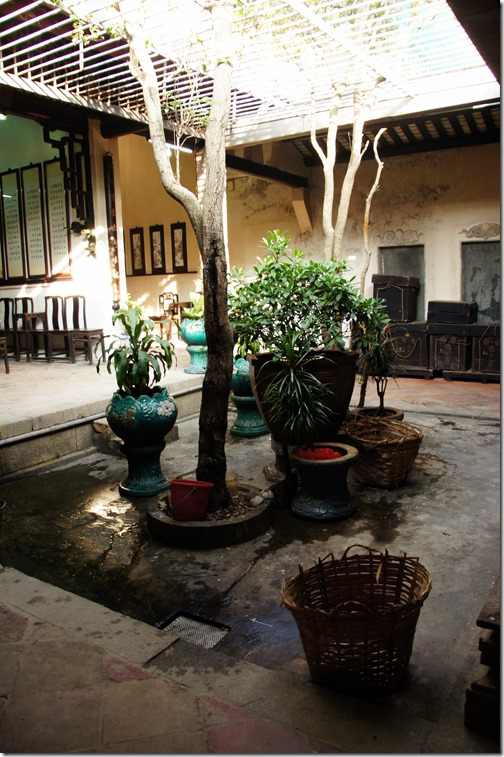 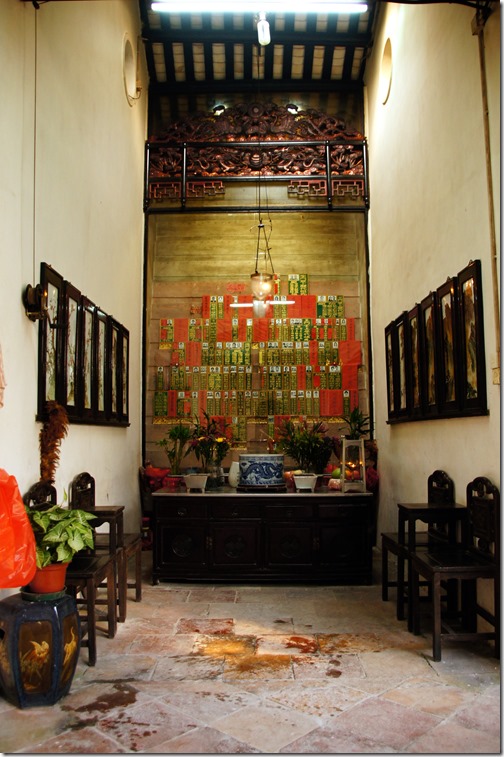 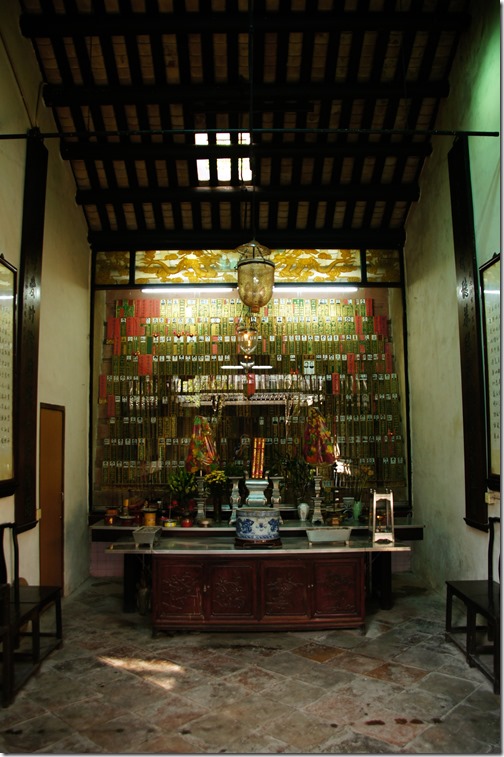 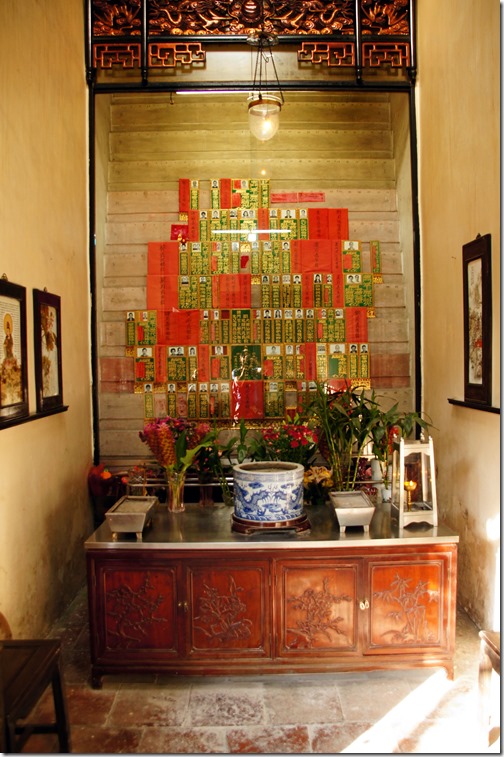 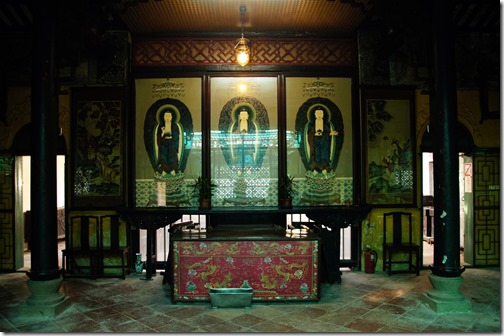 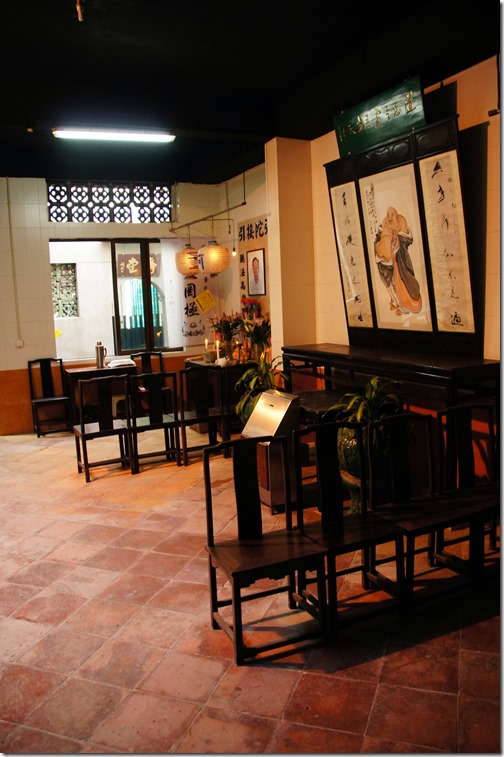 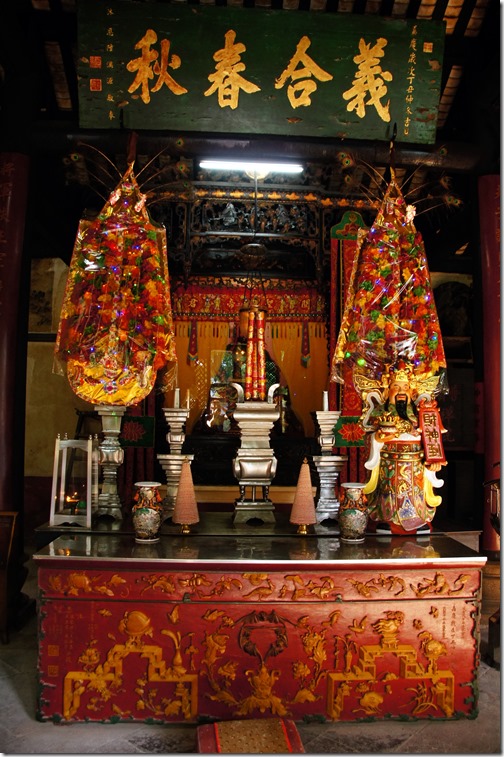 It does have a very special atmosphere. Very tranquil and spiritual.

More on the temple :

Drop in for a quick visit if you’re in the area.