Another surprising discovery. After the new Israeli Falafel place I found in Guangzhou, a friend told me I should go over to Shenzhen to visit a newly opened Israeli restaurant. 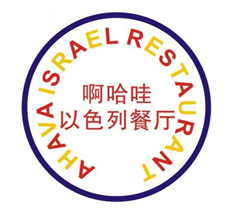 I was somewhat skeptical, expecting this to be a "middle-eastern" restaurant probably with either Turkish or Egyptian owners/chefs, but as I arrived in Shenzhen’s Shek-O Sea World shopping area I noticed the Israeli name Ahava (which means "love").

So, yeah, it is an Israeli restaurant, with Hebrew signs and menus, Israeli music playing the background (mostly Shlomo Artzi and friends), and some of the commonly popular Israeli dishes of Hummus, Falafel and Kebabs. Not all that different from other middle-eastern restaurants, but those basic dishes are definitely one thing Israeli shares with its neighbors.

It’s not very cheap, even above Israeli prices in an area used to much lower prices, especially if you consider they aim for the local population.

a large dish of hummus, one large lafa bread, 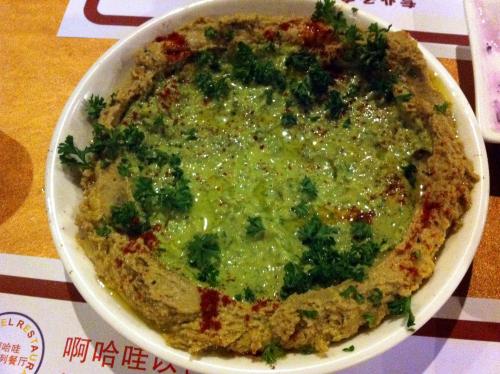 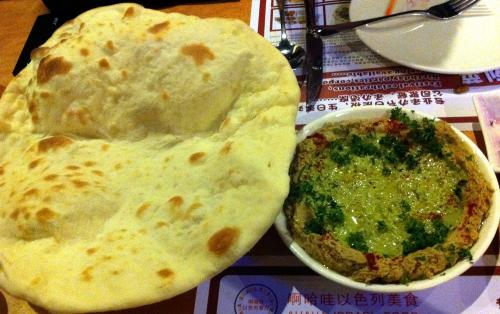 and 3 skewers (comes with 2 juice cups and 2 coffees). 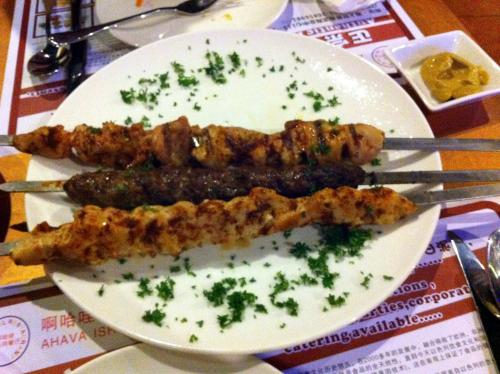 It’s actually quite a lot of food, so you’re not likely to leave hungry.

Wanna have a look at the menu? 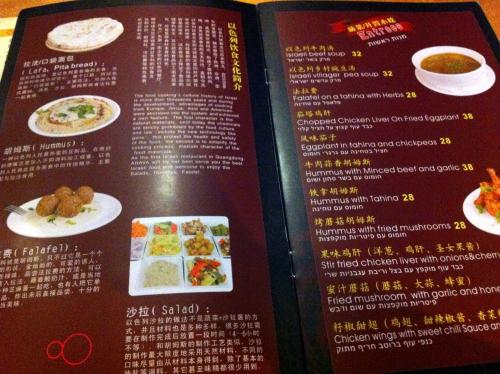 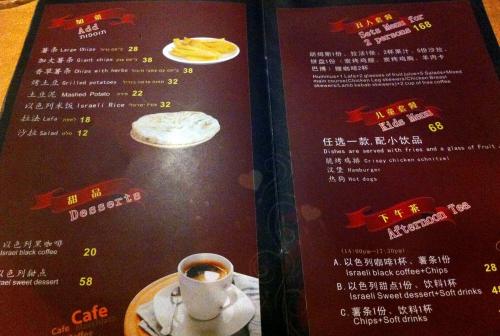 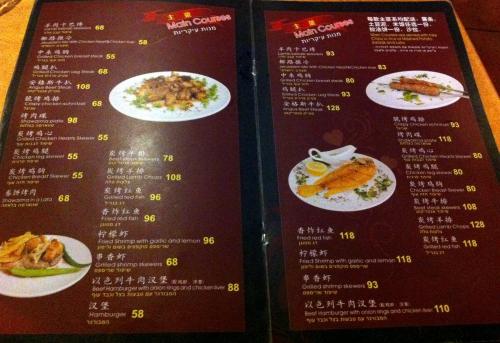 The place used to be a live rock pub and it still runs as one after 9:30pm… 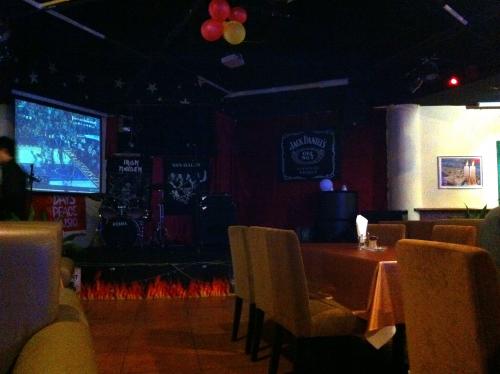 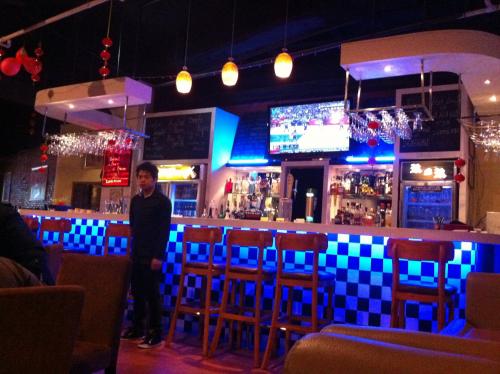 … which is something I must say I find somewhat odd. If you want to attract people for an authentic cultural experience then you need to do the necessary changes. People would probably prefer some consistency and to have a bit more than just the title of Israeli food. But I could be wrong.

Generally, I’d say the food’s not bad and together with the Israeli music in the background it does give somewhat of an Israeli touch to it. Place has been going through some opening hardships and has decided to move to its current location after only 3 months of running in the former location.

Reviews so far are pretty positive –

The restaurant is big and spacious with an open kitchen to watch while bread and hummus is prepared. The kitchen is fitted with a Tabun to make the delicious bread. […]For my main course I tried Chicken and lamb kebab skewers which were truly delicious. […] You won’t be disappointed.

At long last there is genuine Israeli restaurant in town serving authentic Israeli foods. […] urned out to be superb. The meat was juicy and chewy while the taste is simply fantastic. It had to do with the variety of herbs and spices, not found in your run-of-the-mill restaurants.

I sat down and heard from the Israeli chef a bit about how this place came to be and the challenges of opening an Israeli place in Shenzhen. It’s hard to say whether they’ll be able to make it or not but I do hope they’ll pull through.

I must add that going with a local to an Israeli restaurant feels very strange. Is this how Chinese feel when they go to a Chinese restaurant aboard? Why? Well, just like with the odd Chinese fortune cookie at American Chinese restaurants, when you try and introduce a cultural experience to those completely unfamiliar with the origin you might tend to reduce the entire culture into clichés. The Israeli songs played in the background, especially the eastern ones (מוזיקה מזרחית), were almost unpleasant for me to listen to and looking at the menu I couldn’t help myself but wonder if Israeli cuisine is really just about Hummus, Falafel, Schwarma, Lafas, & Kebabs. Is there anything that separates Israeli cuisine from that of the Turkish, Egyptians, and Moroccans, or is it just somesort of modern fusion interpretation to all those?

The paper on the table had the following to answer my questions (grammar mistakes in original) :

The food cooking & culture history of Israel is more than two thousands years and during the development, advantages of cooking from Europe, Africa, Asia and American were absorbed into the system and achieved a own feature. The first character is the natural materials, until today the chemicals are strictly prohibited by the food culture and law I(include the new technology like gene) this protect the health and safety cooking process, maximum character of the food material.

As the first Israeli restaurant in Guangdong, AHAVA will try her best to serve you the best Israeli food and welcome to enjoy Israeli salads, Hummus, Falafel.

Yeah, not very coherent or convincing. Make one feel they probably didn’t expect anyone to read this or they simply don’t think very highly of the locals.

Either way, it’s worth a visit if you’re in the area. Good to see Israeli places opening in our region of the world.