In 2011, Shenzhen hosted the Universiade – the World University Games. I don’t think the locals paid too much attention to it, but I could tell that a lot of money has poured into it, roads were built, flowers were planted, public transport extended, and… huge stadiums were erected. Reports put the insane losses suffered by the local municipality at a staggering 12.8 billion yuan, that’s about 2 billion US$. Yes, billion. Now that the University Games are long gone, what does Shenzhen have to show for as a return for the investment?

In one of my recent visits to Shenzhen I decided to take a look, and I was told that to truly be able to appreciate it, I would have to make sure that I do it both during the day and during the night. 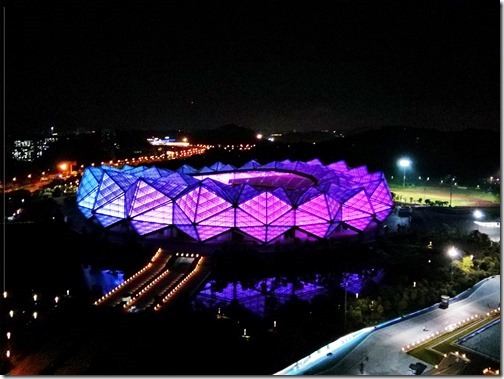 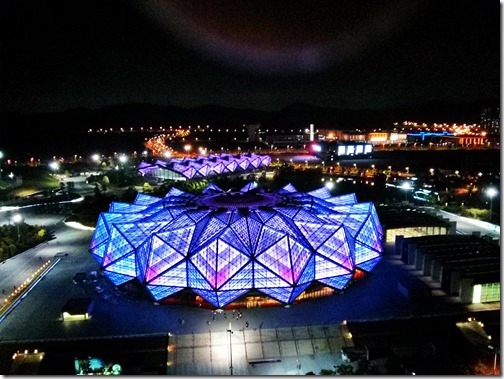 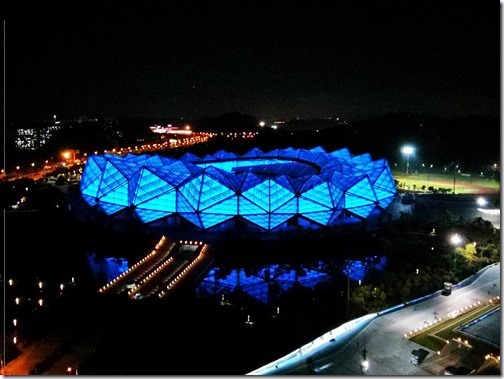 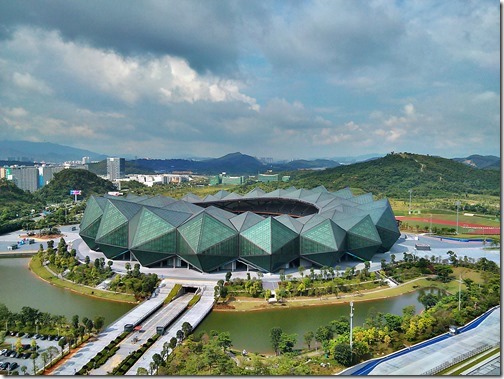 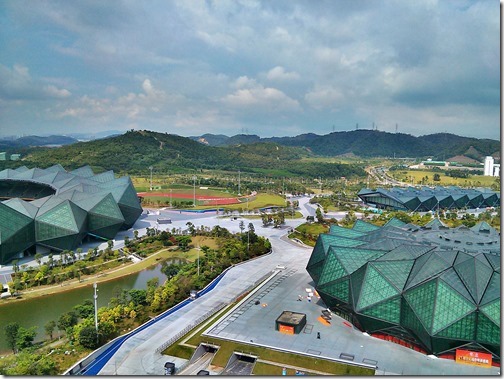 These stadiums generally sit empty, but the light show every night 8pm keeps the locals happy.

If you want a close look, check out the De-zeen Magazine.