Competing for the title of the strangest attraction I’ve been to in China is this peculiar military park in Shenzhen called Minsk World. As the USSR was crumbling down, various instruments of their vicious war machine and fire power were sold to the highest bidder, and though you’d probably expect that those would mainly be bought by countries to extend their military power there were some Korean and Chinese business men who saw an opportunity here. Minsk World is a real medium-size Soviet jet/air-craft carrier that has seen active service for the USSR and was bought by the Chinese to be transformed into a tourist attraction.

Since we already know that the Chinese like really cheesy tourist attractions, it would not come as a surprise that this ‘military park’ offers various shows that demonstrates the wonders of mother Russia and the glory of Russian folk music and dance using imported Russian performers. The ships also offers various ‘rides’ with demonstrations of being engaged and under attack at sea, complemented by a 4D in-ship movie display that would rock and wet you so you’ll truly feel what it was like back in the good old days of the cold war. 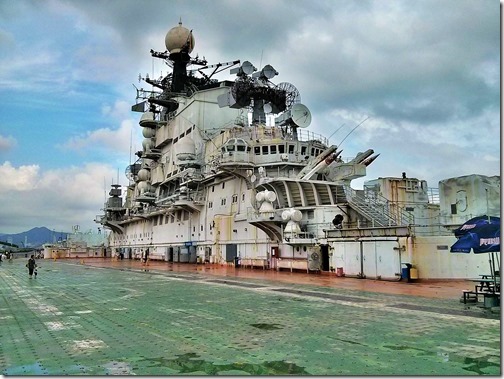 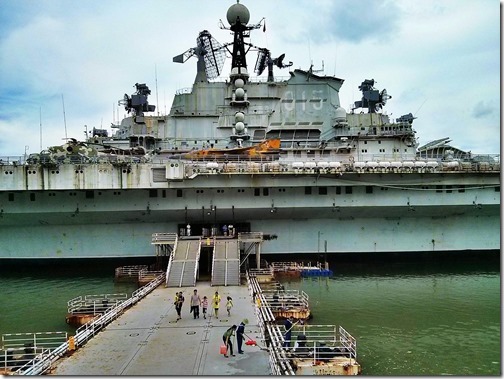 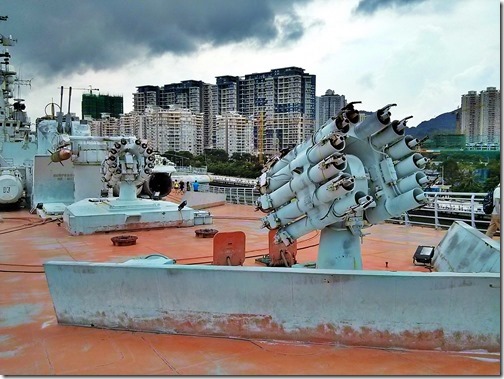 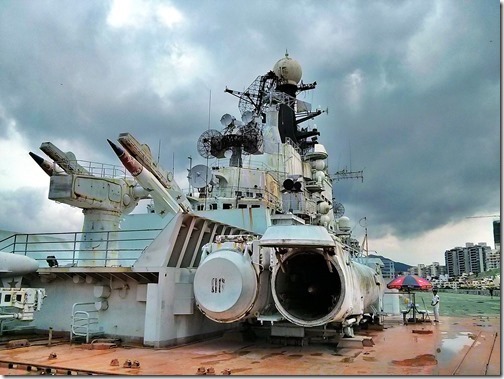 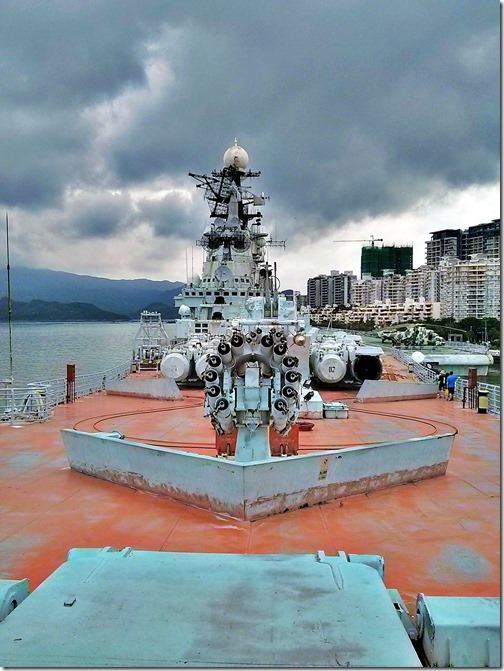 What kind of shows ? Glad you asked… watch the following videos :

Some of the shows are plain… bizarre. Like the drunken Russian clown act – 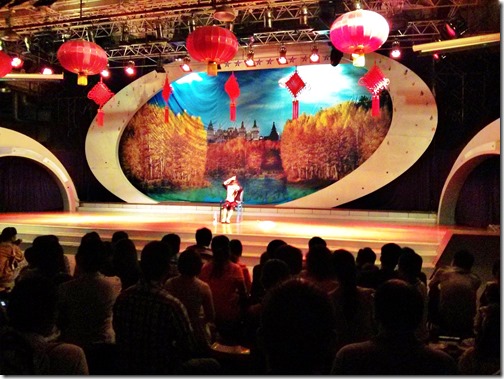 If you’re looking for a more general introduction to the park, watch this next video :

Situated on the shore of Sha Tau Kok, Shenzhen, Minsk World is somewhat unique, in that it is one of only two theme parks in the world to be based on a real aircraft carrier, the other being in Tianjin. The park is built around the base of Minsk, a second-generation Soviet aircraft carrier, one of the most outstanding in the history of routine aircraft carriers.

Minsk was built in 1972 and was first listed as part of the Soviet Union Navy Pacific Fleet in 1978. It was retired after the Cold War and sold to Korea in 1993. In June of 1998, Minsk was purchased by the Minsk Company for the purpose of creating a military-themed tourist attraction. In the past ten years, its development has evolved, taking it from a mere theme park to a center for popular science education as well as national defense education. […]

The Minsk Aircraft Carrier covers an area of 30,000 square meters (7.4 acres). The well-known Soviet MiG-23 aircraft-fighter and Mi-24 military helicopters are on display on the first deck, while on the second deck, the crew’s living area has been rebuilt to give visitors a glimpse of the conditions of naval life. There are also exhibitions on space flight, sailing and aviation, and visitors can take part in activities, such as mimic warfare, that allow them to experience the excitement of operating hi-tech military weapons. Russian traditional performances and martial performances of the honor guard round out the list of attractions available on the ship.

So, yeah, they also have some retired aircrafts and helicopters on display… 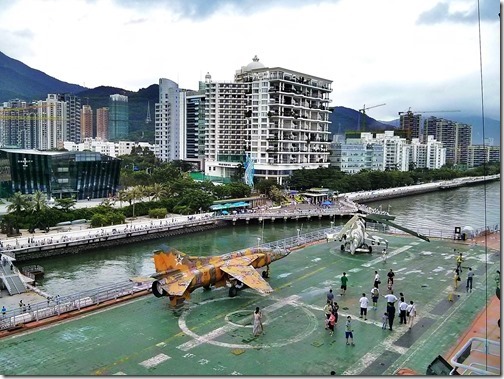 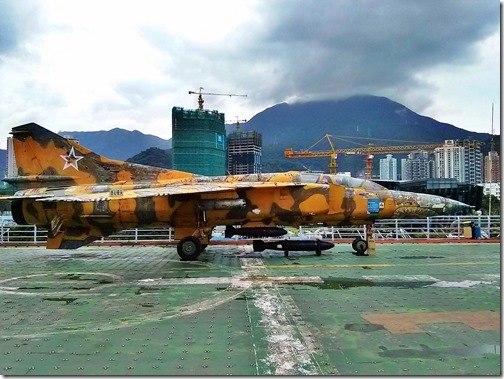 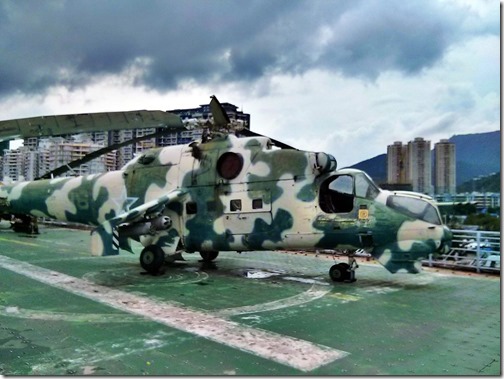 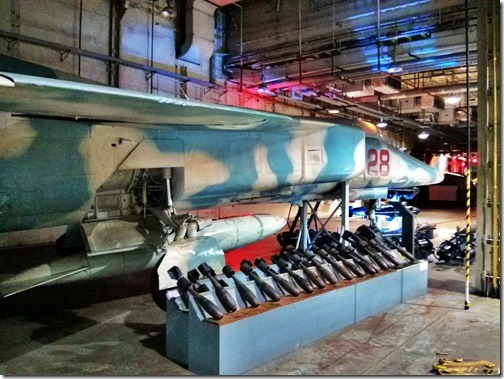 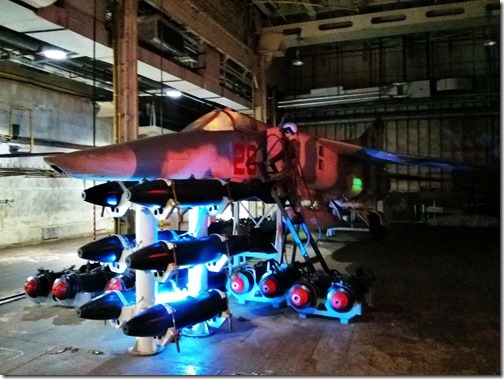 Somewhat disturbing that these things are privately owned, but … OK.

There’s also a bit to offer you a glimpse into life onboard, like these officers’ cabins below… 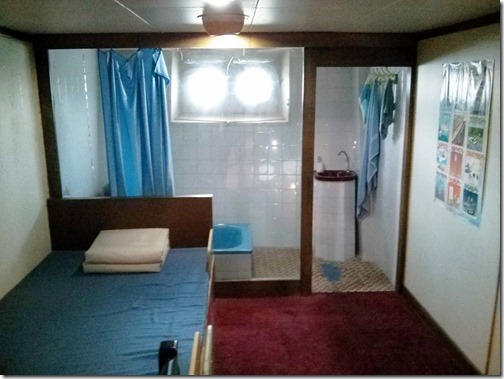 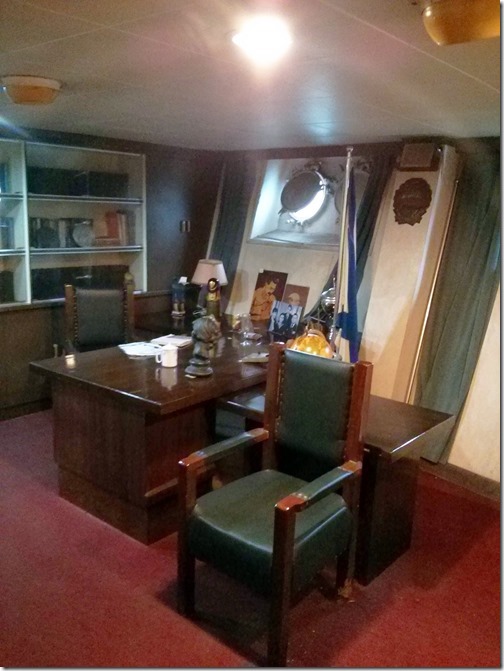 Just outside the Minsk World … 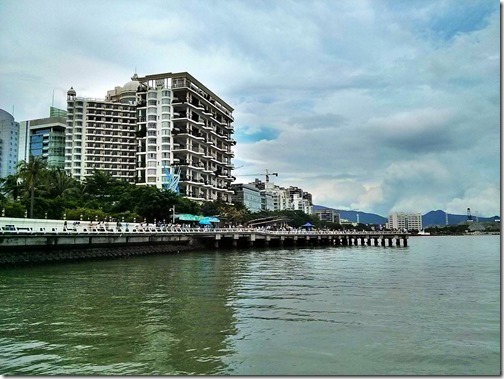 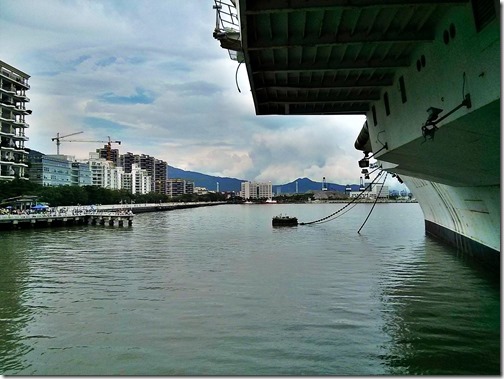 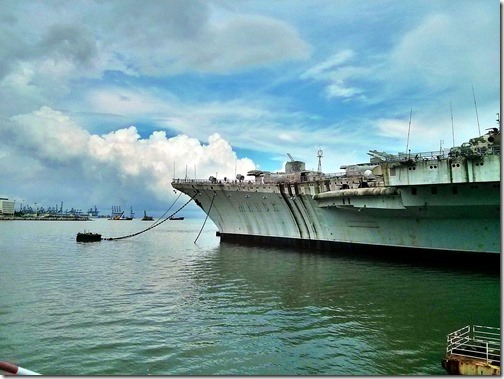 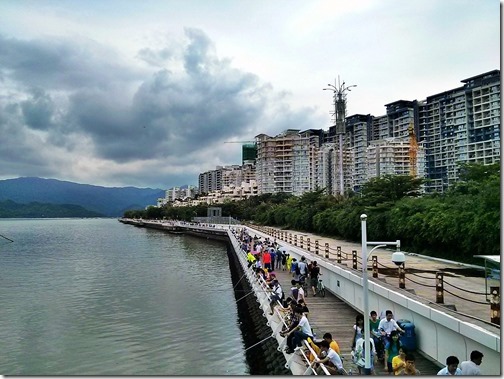 Location  on a Google map :

Can’t say this is a must visit, but if you’re already in the eastern side of Shenzhen without much to do and you enjoy odd attractions as much as I do – make your way here. Tickets currently go for 120yuan.

i must say what is funnier was the hysteria the western media went into when the Chinese bought these carriers!