I’ll try and make this simple for you. If you’re looking for an amusement park from a bad 70s b-movie then Shenzhen has just the thing for you. Happy Valley, which some claim can compete with Hong Kong’s Ocean Park and Guangzhou’s Chimelong, doesn’t come close no matter what babble I wrote about it before. It reminds me of the old amusement park in Tel Aviv which I’ve always thought was a joke (someone please tell me that they’ve changed it all), where everyone who went there above the age of 12 pretended to have fun because this is a place people are suppose to have fun at, not because they’re really having fun. I admit that both in that horrible Tel Aviv amusement park and in Shenzhen’s horror Happy Valley there are a couple of rides that may, perhaps – if you’re wasted – not suck, but it’s all set in such an environment that when you get off the only thing that’s left for you to do is either leave or go back up on that ride again – which never gets better the second time around. 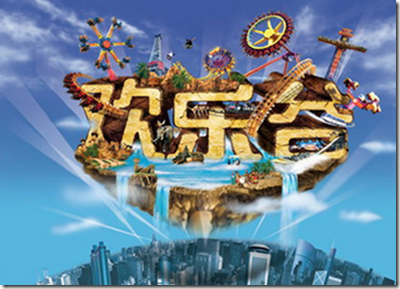 So, unless you’re stuck in Shenzhen and have seen everything else around it (Splendid China, the China Culture Park and Window of the World) and you don’t feel like going all the way east to Overseas Chinese Town East or Chimelong, then you might wanna skip it. 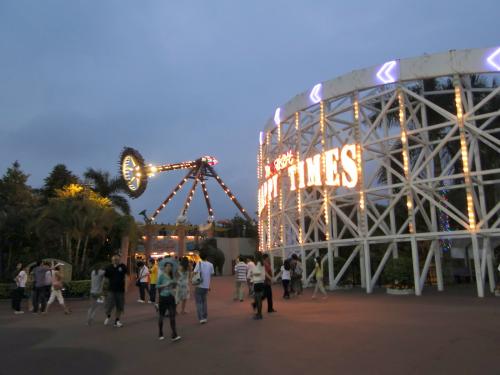 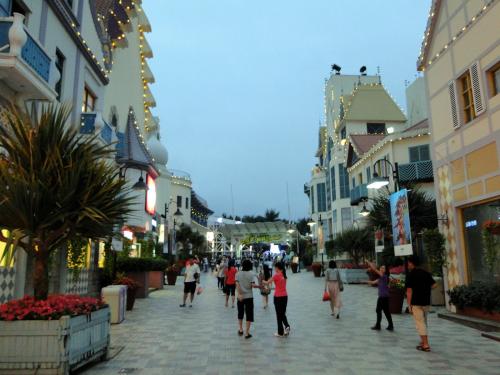 Wanna see what it’s like in action? watch these next videos:

If you go after 18:00 the ticket price drops to 60RMB, but then, some of the attractions close down.

Anyways, this is what the park looks like when it gets dark… 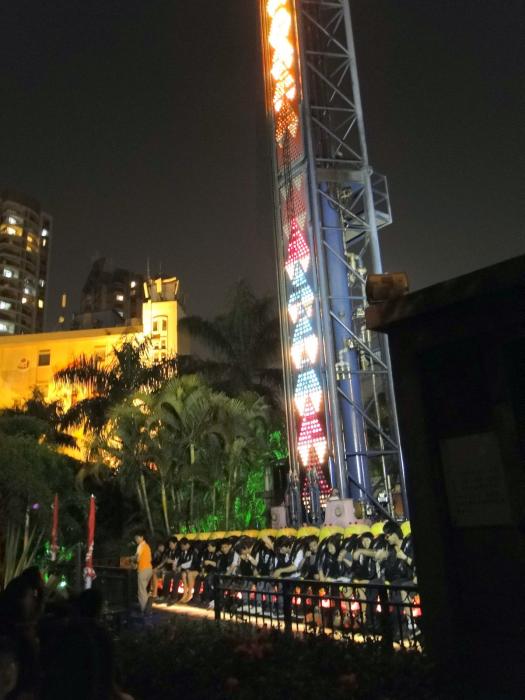 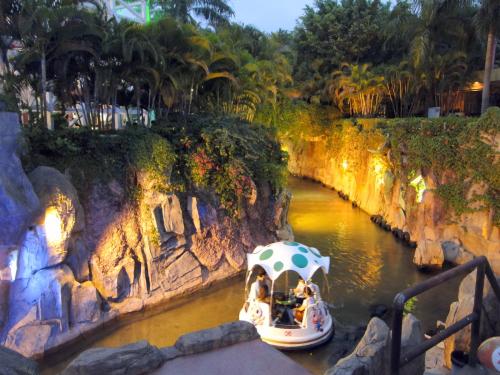 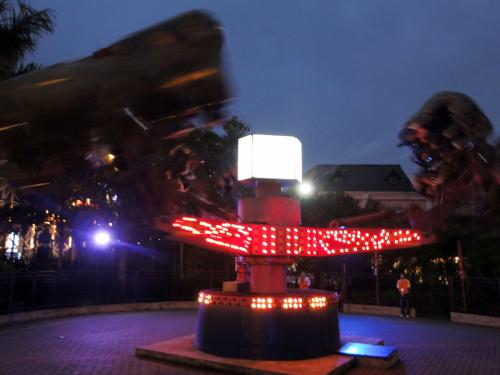 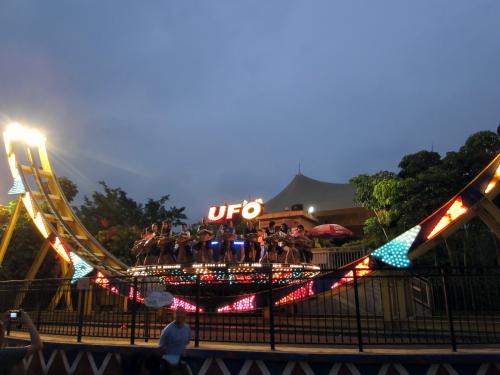 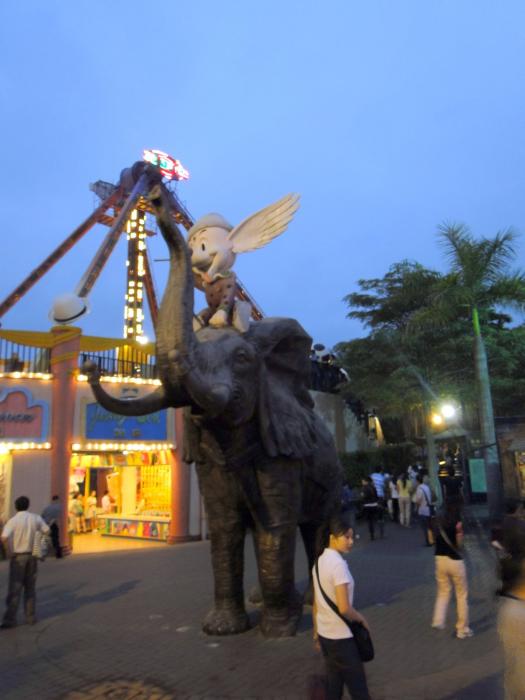 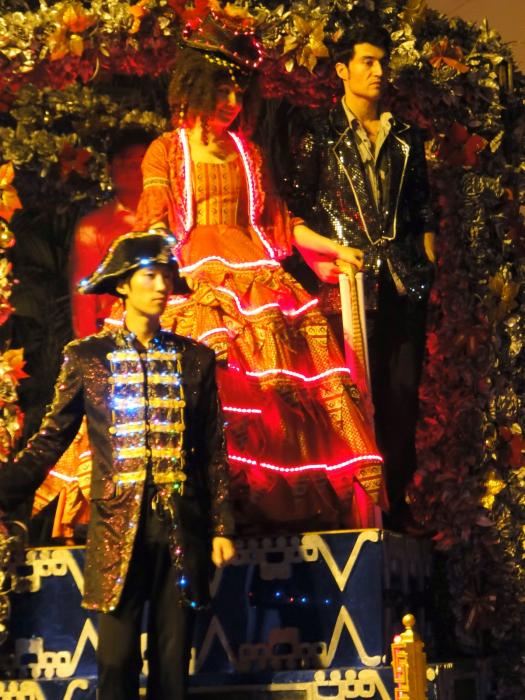 Looks charming, doesn’t it? it’s not.

This is what it looks like on day time, if you believe the brochures: 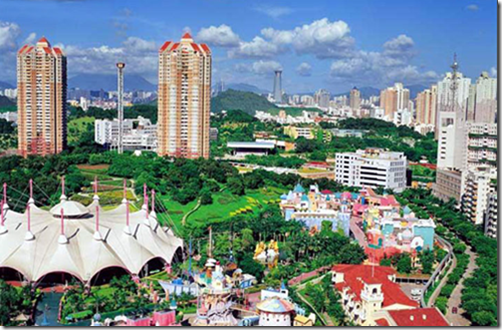 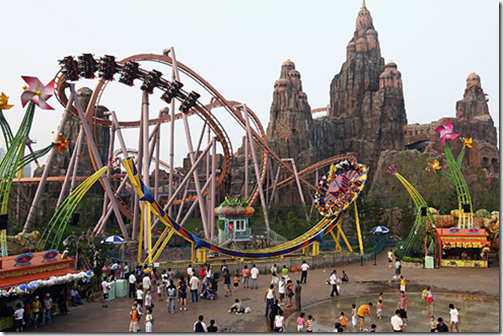 Need a second opinion. Check these ones :