The 11th Hong Kong AniCom for 2009 was held at the HKCEC during the beginning of August hosting the best of animation and comics in the region. 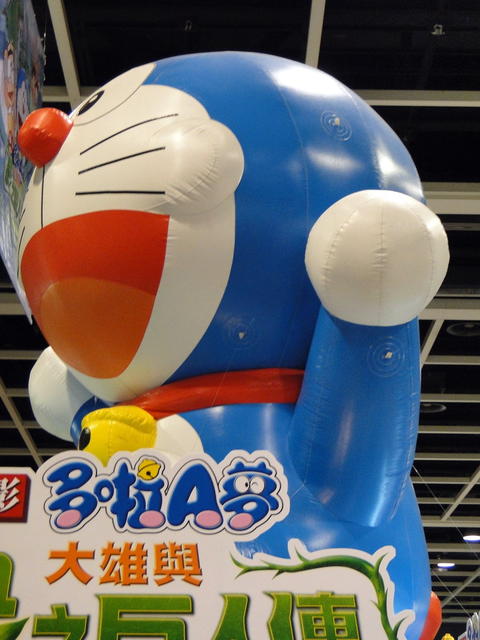 Breaking all previous records, this was – by far – the most crowded event I’ve been to in HK. Doing the mistake of going there during the weekend, I waited with 3 friends for over an hour and a half to get in. 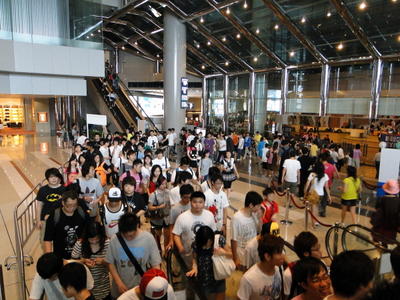 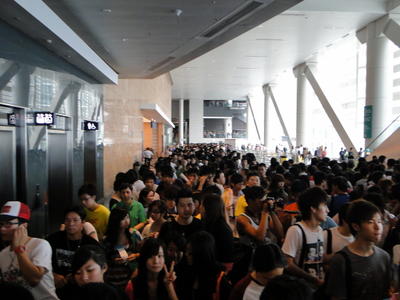 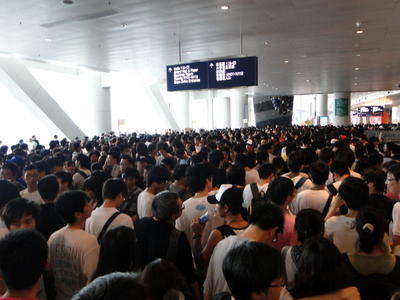 And once I was in it didn’t get much better. 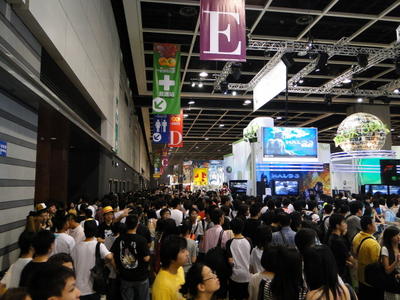 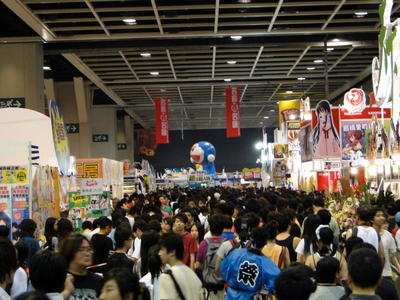 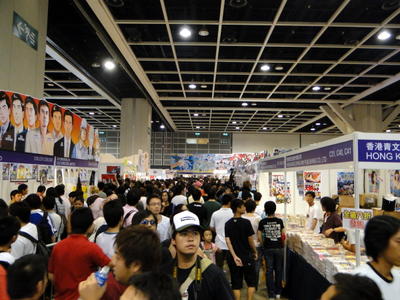 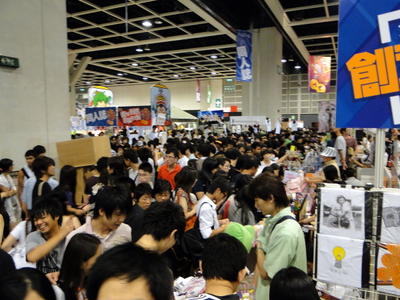 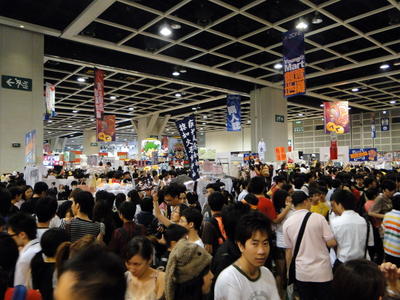 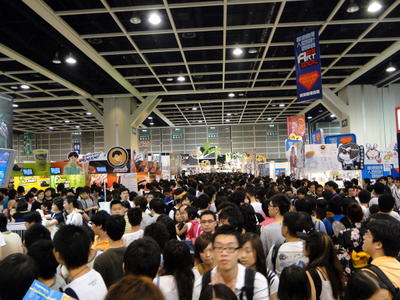 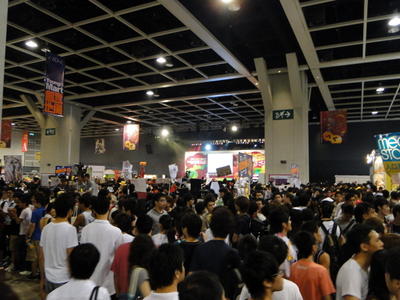 Nowhere to move, people stocking on one another to get a glimpse of some cartoon book or animation figurine. 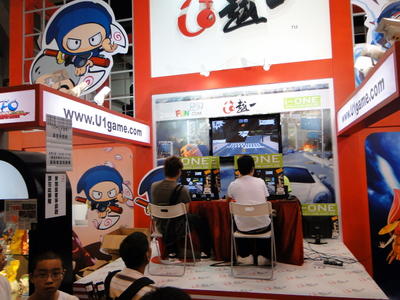 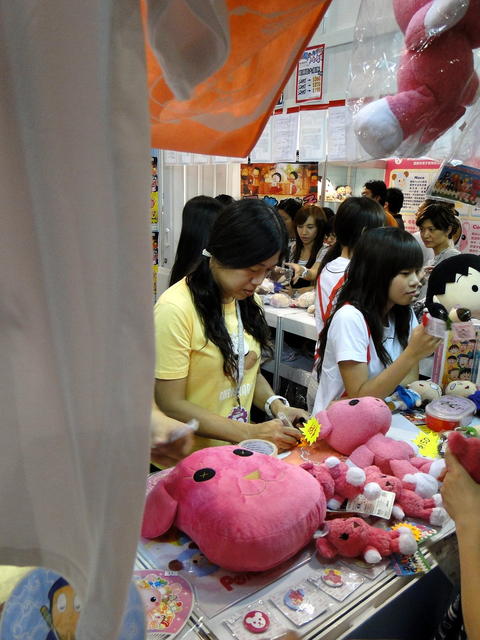 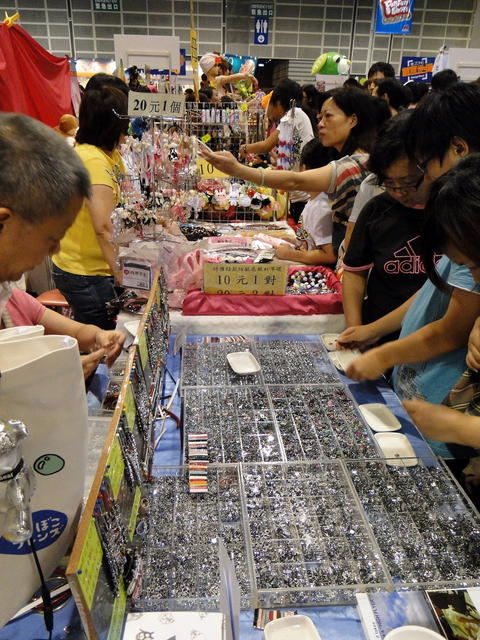 The Hong Kong pseudo models didn’t miss this event either and were extremely popular. Here’s a "Marvel" booth selling exotic beddings allowing you to, ehh, accchmmm, "sleep" with your favorite pseudo-model. 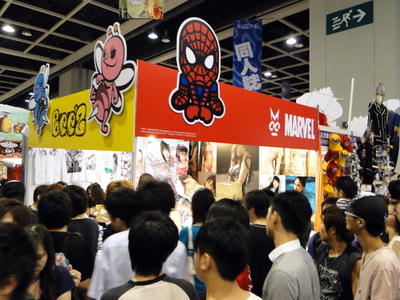 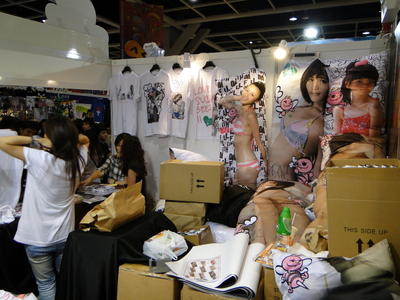 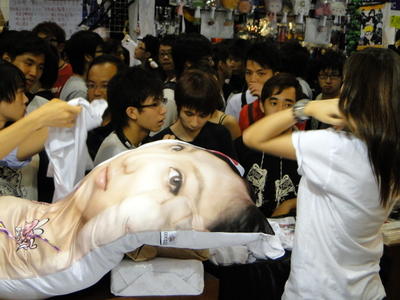 Hard to relay the male excitement over this merchandise. If you came in at the right time and were willing to wait a few hours, you could even get the models attending the event to sign those for you. 😛

Hey, could anyone tell me the dates and time for the upcoming exhibitions in the near future??
I will be very appreciative if i get to know about it.
Thank you

Mark – I’m afraid I have no idea. There are a few Cosplay clubs in HK that you might want to look for and I suggest checking the Discover Hong Kong website occasionally for the next one around next summer.