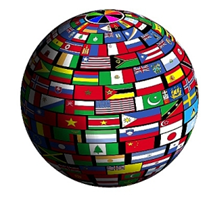 A few months back I was asked to report on my experiences with the Taiwanese education system as an international who studied there for a year. Since I wrote quite a lot about the positive side of my experience as living in Taiwan I get quite a few emails with questions regarding pursuing a degree in Taiwan. My reply is usually very short saying that the end result was that I decided to stop my studies in Taiwan and restart my degree at Hong Kong. I don’t believe I’ve ever said much about the other side of my experience as a student at Taiwan.

Disclaimer : It should be noted, that the following is based on my own personal experiences alone and is perhaps only representative of a single department at a single university in Taiwan. I was part of the first experimental English based PhD program as part of an internationalization attempt driven by the Taiwan government and I do believe that it is not reflective of the general Taiwanese education system conducted in Chinese which seems to be climbing up the world rankings and doing quite well – especially in exact sciences and engineering.

Q: Were there specific strong points and/or problems with your experience, especially regarding foreign (Western, Asian, Latin American etc) students?

The main strong point to me personally was that the program was in Taiwan. The cultural experience, learning about the local ways, getting to know how business is conducted and becoming familiar with the Taiwanese business models, science parks and general competitiveness overwhelming many other countries of similar size/resources and of much less complicated political situation.

As for the academic experience, the main strong point I could think of is the willingness of the top management at the university to engage me as a student. I’ve had direct ongoing contact with the senior executive vice president and the vice president of student affairs and the international office. I’ve corresponded with the president and have presented in meetings with five different VPs who wanted to hear what I have to say. Never, in all my experience with academic programs world-wide have I had such willingness to learn and improve. During my time at that university I’ve tried what I could to make the change I thought was needed, and to an extent the decision to leave was despite and not because of the university management.

With that said, the specific international program I was in had problems. I think most of those could be overcome with the right approach and overtime, but for now – I’ll summarize the core issues by saying that the problems were a winning combination of the following factors:

So how has it been since the move to HK? Though I’ve read and researched about the university in HK and even paid a personal visit to see things first hand, while transferring to Hong Kong I really wasn’t sure what to expect. To summarize the differences between that university in Taiwan and the university I transferred to in HK, I’d conclude that – to my relief – things in HK exceeded all my expectations. I consider the school and the department I am with right now as truly being world-class top school in my field.

Following are all the relevant posts I wrote on the Taiwanese education system and my experience as an international student:

Following are some of the relevant posts I wrote on the HK academic system and my experiences in HK :

Hope that helps. If you have any further questions or comments on the topic, I’m interested.

I’m doing a graduate degree in Mathematics at Shida and there are some issues, but overall, it’s a very positive experience. Maybe you should have tried the non-international programs. My classes are mostly taught in Mandarin, but we have small classes for grad students and the profs are very friendly and helpful. I’ve been studying mathematics at Shida since ’09

djrange – that’s good to know. I had a feeling the local programs might be doing better. thanks for sharing.

I understand what you mean though. I was also looking at the international programs, but there wasn’t one in Math. Only a program that allowed international students. It’s daunting to go to a class that’s taught in Mandarin and not understand much. But the books are in English, the prof speaks English, and everything that’s written on the blackboard is in English. Some classes are even taught in English. The profs do make an effort.

I’ve never really experienced Taiwan’s Educational System first-hand as I was born and raised elsewhere but I’ve surveyed a couple of my university friends here and I thought it was interesting how all of them told me not to consider studying Masters here in Taiwan. 1. The teaching system is dull and ineffective. 2. The attitude of the majority of students – they don’t seem to go to university for the sake of learning and because they genuinely have dreams they want to accomplish. 3. In Taiwan, everything is based on how good you look on paper basically. 4. Everything… Read more »