In Beitou, one of the wonderful hotspring areas in northern Taipei, there is a small valley with a lake of natural hot waters bubbling up at temperatures of 80 to 100 degrees Celsius creating a special scene with clouds of steam. 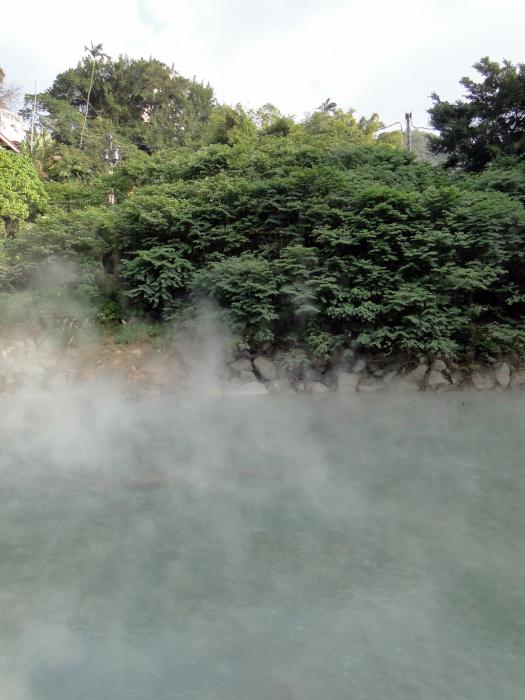 As you arrive at the Xin Beitou station, walking past the park to the east for about five minutes all the way to the end you’ll find Beitou’s thermal valley. 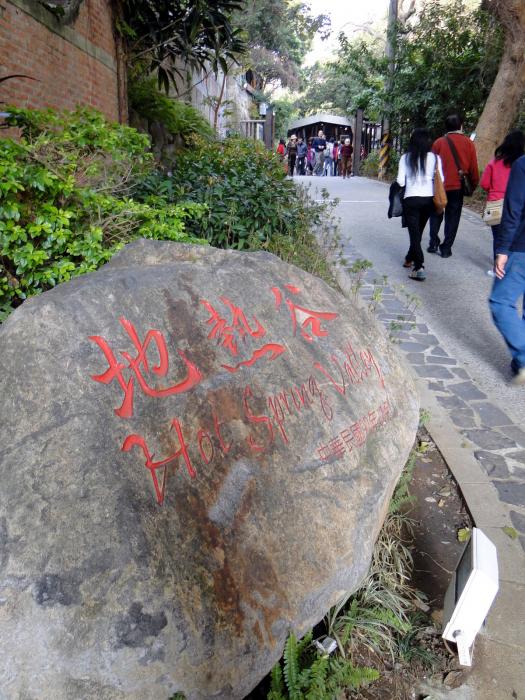 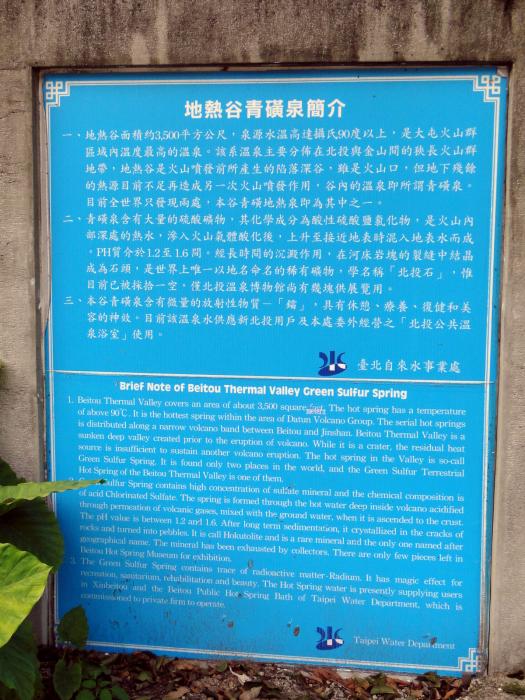 Located beside Beitou Hot Spring Park, Thermal Valley is one of the sources supplying the area’s hot springs. The sulfuric steam that blankets the valley year-round gives the valley a frightening quality, giving rise to nicknames like “Ghost Lake.” The springs here have the highest temperatures of any in the Datunshan volcano group. With its surreal sulfuric atmosphere, it’s no wonder Thermal Valley was considered one of the “12 great sights of Taiwan” during the Period of Japanese Occupation!

The “Beitou rocks” (aka Hokutolite or Anglesobarite) in Thermal Valley contain the radioactive element radium. Out of the many thousands of minerals existing in the world, they are the only ones named after a place in Taiwan, and can be found in only two places: Beitou and Tamagawa, Japan. In recent years, the “Beitou Rock Conservation Area” has been established to ensure the protection of these natural rarities. Thus, when visiting Thermal Valley, you not only get to experience “hell” but also gain insight into some rare radioactive rocks!

Water temperature in Thermal Valley’s hot springs ranges from 80-100℃. The sodium carbonate springs tend to be corrosive, and have come to be known as “Green sulfur springs” and “Sulfur heads.” Visitors used to boil eggs in the hot springs, but the practice has since been prohibited—not only to protect the water quality but to keep tourists from falling in and boiling themselves!

I personally think it’s gorgeous and magical. This is what it looks like … 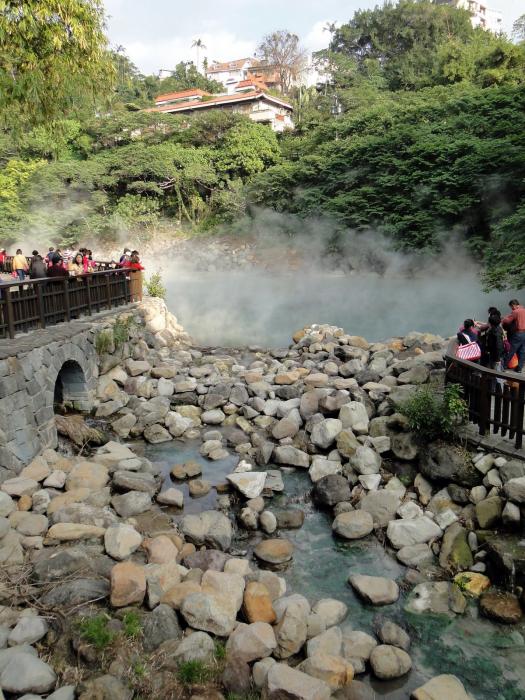 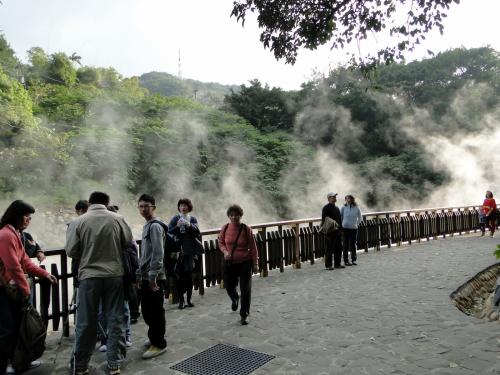 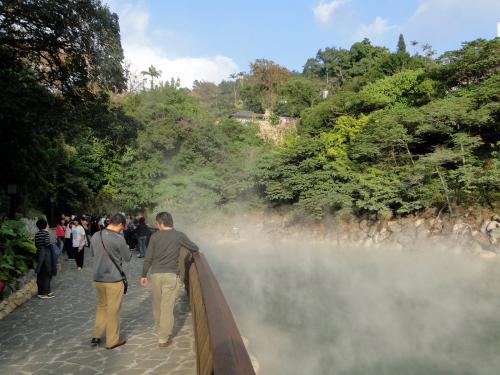 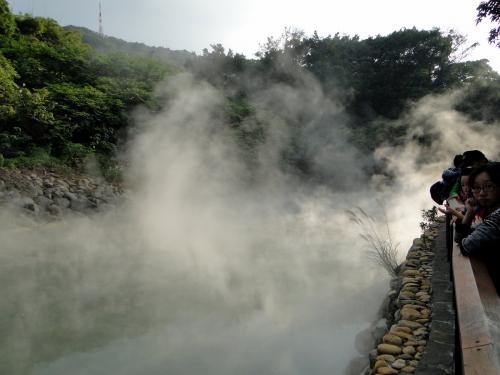 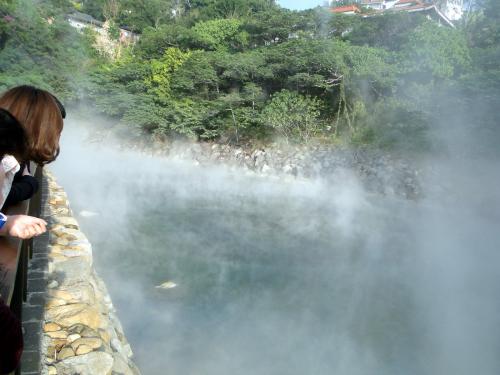 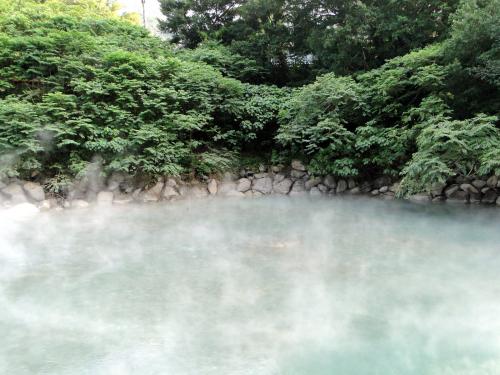 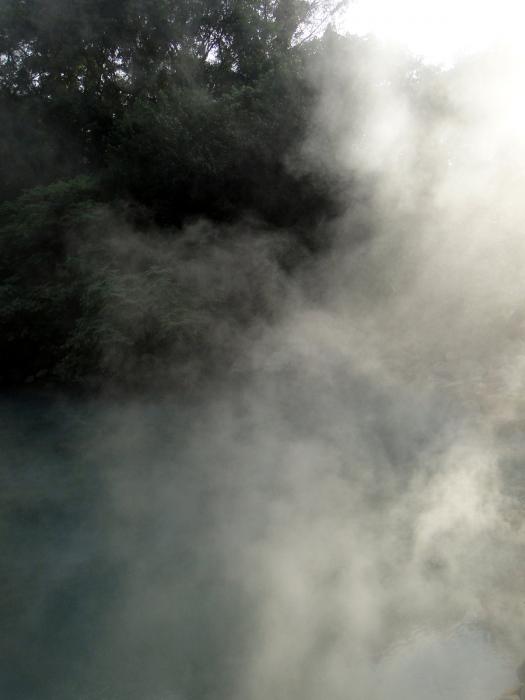 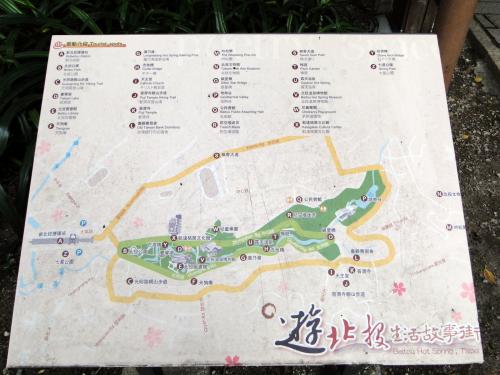