If you’re looking for a short and easy hike around the Hong Kong reservoirs, then you’ll like the MacLehose Trail secion 6. Although it doesn’t have the grand views of Sai Kung and HK island, there’s some grand reservoir views and a lot of monkeys running around the trail to keep you entertained.

So, taking the 81 bus from Prince Edwards to the Tai Po Road, and getting off when you start seeing monkeys is the Kowloon reservoir… 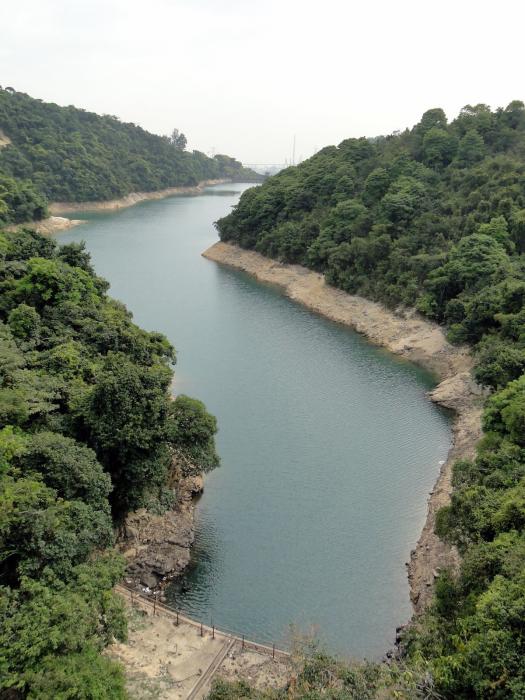 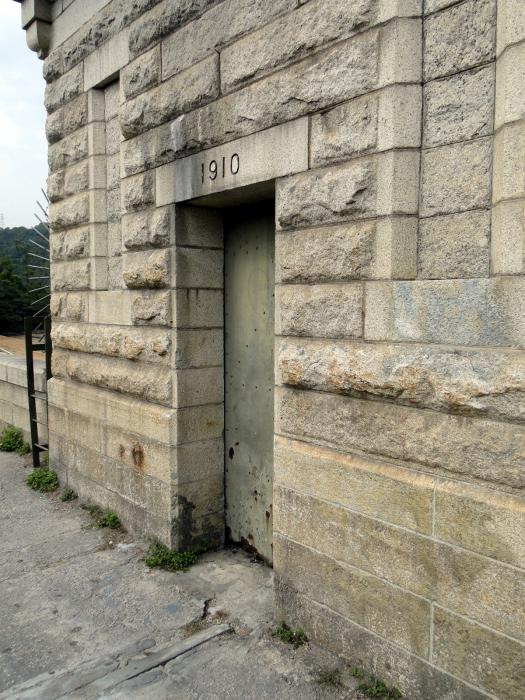 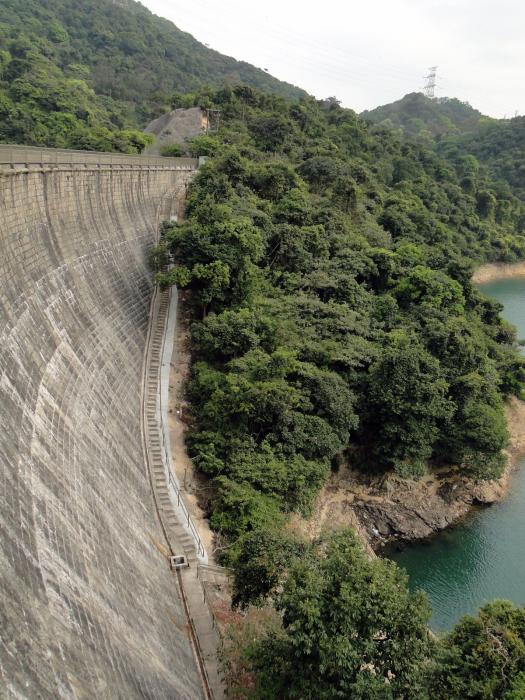 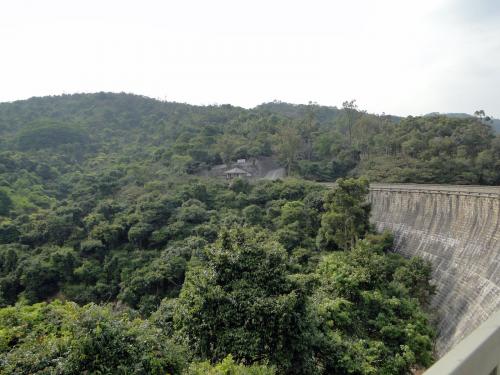 There’s some background you might want to read about to this area. HK Walkers introduces:

Section Six, the shortest section along the Trail, runs through some steep hills between the Kowloon reservoirs and Shing Mun Reservoir. Here, in Kam Shan Country Park (337 hectares), the landscape is much altered by man.

The route begins by the old Tai Po Road, then winds amongst the Kowloon reservoirs and through nearby hills. Beyond Golden Hill the Trail heads north-west, following the valley that lies below Smugglers’ Ridge. Farther on, across the ridge, Section Six descends along a steep path past wartime defences — to end at the south end of Shing Mun Reservoir.

This section, lower than most, begins near the Kowloon reservoirs — which were built during the 1920s. Along here are communities of rhesus macaques, Hong Kong’s indigenous monkey. Rhesus macaques had almost disappeared from Hong Kong by early this century, because of hunting and forest habitat loss — and those seen today are descended from macaques brought here by man. Feeding the macaques is not permitted, and may be dangerous.

Golden Hill Road which follows Section 6 of the MacLehose Trail runs through the entire Kam Shan Country Park. Along the walk, you will have a bird’s-eye view of Kwai Chung, and in the distance, you will see the majestic Tai Mo Shan mountain

Although Section 6 is the shortest section of the MacLehose Trail, it is one of the most fascinating parts because of its wartime memorabilia. When the World War II in the Pacific broke out, Hong Kong built a trench known as Gin Drinker’s Line, to fight against Japanese forces. Along the ridge are British military bunkers and trenches that have been deserted for decades. When Hong Kong was invaded by the Japanese forces, it was a critical area of military defence for Japan to repel potential attacked by the Allied Forces. Check out the placards along the trail containing more about the history of that time.

So we’ll be doing the Maclehose trail stage six… 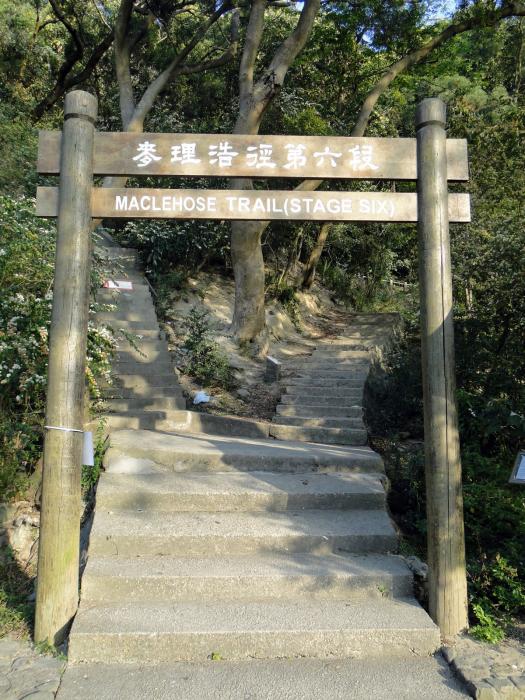 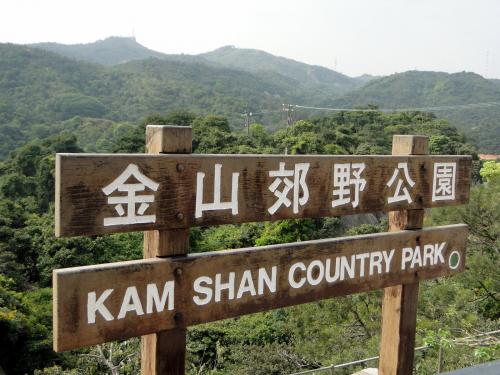 All the way to the Shing Mun Country Park… 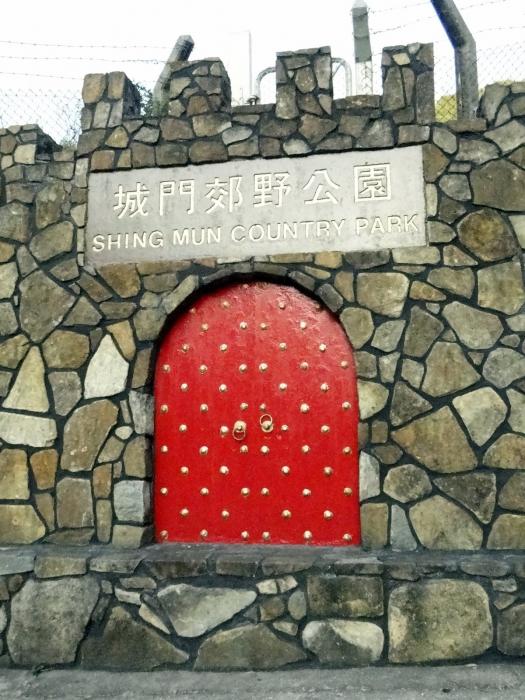 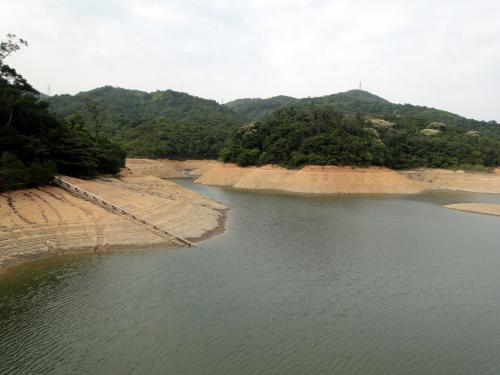 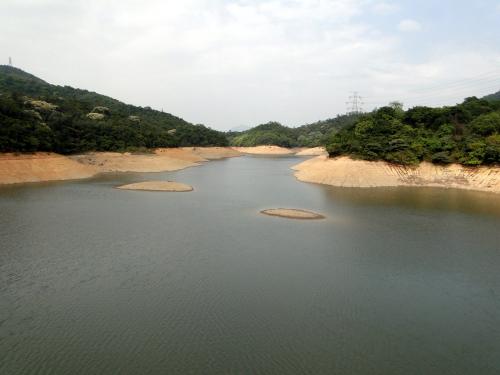 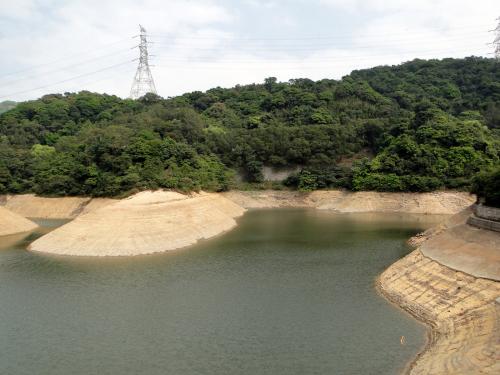 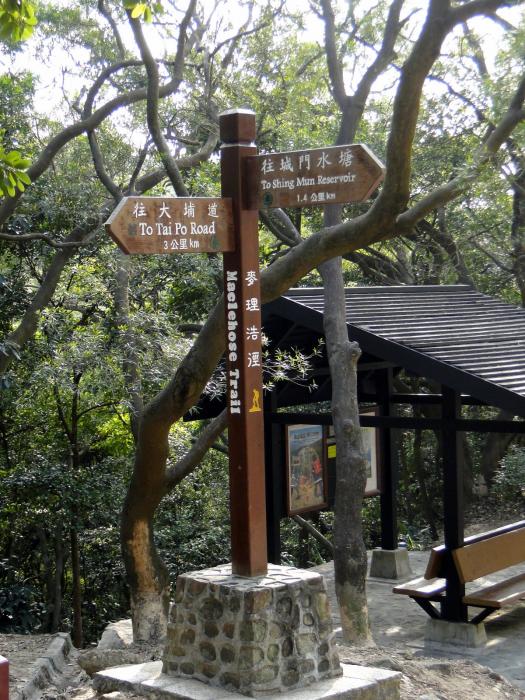 There are quite a few trenches along the way. Why defend Hong Kong from here of all places? Only the British have the answers… 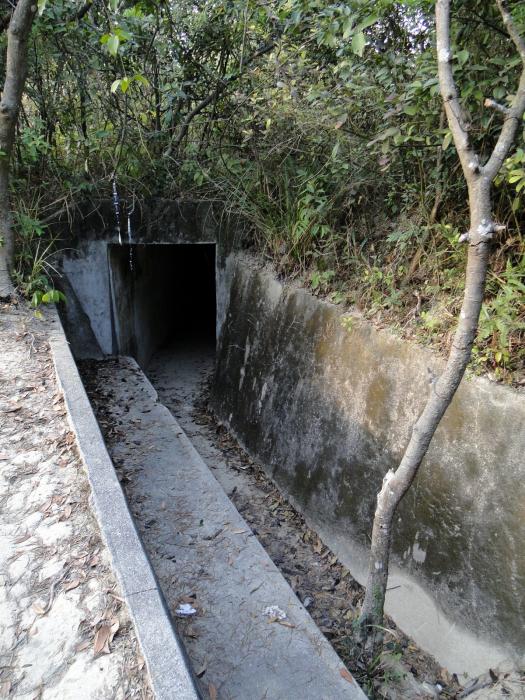 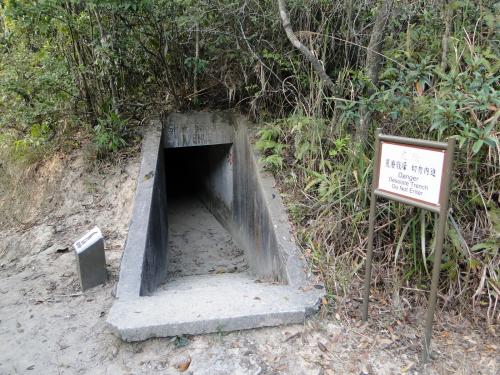 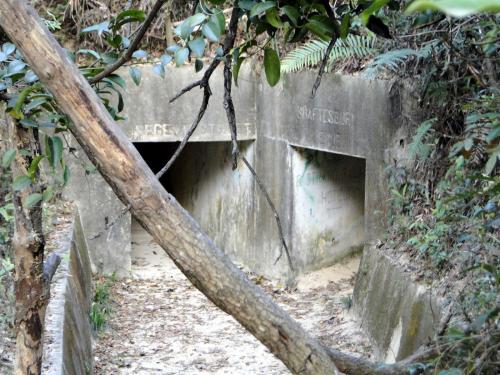 Some nice views towards the Kowloon area… 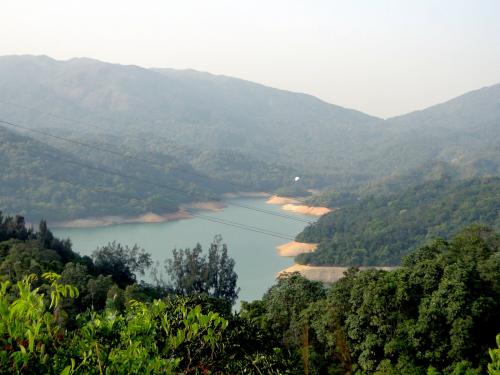 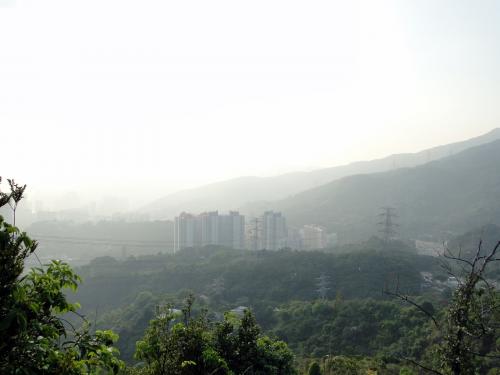 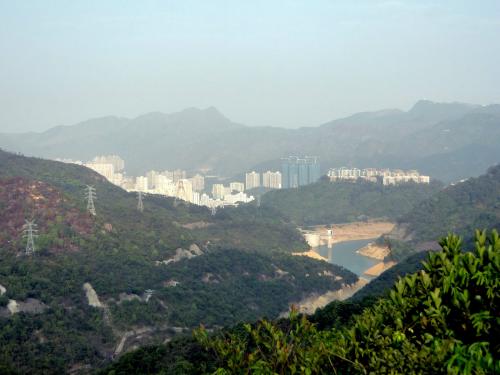 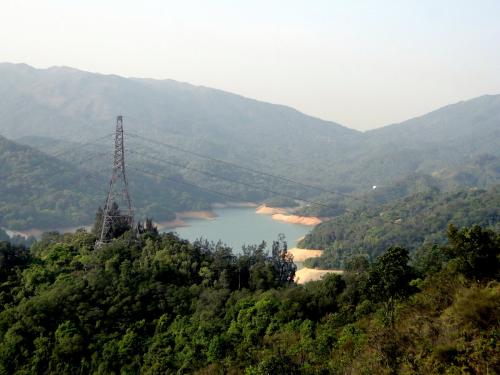 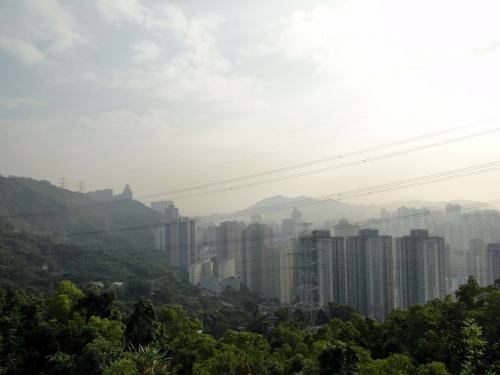 Finally, at the end, another set of beautiful reservoirs…. 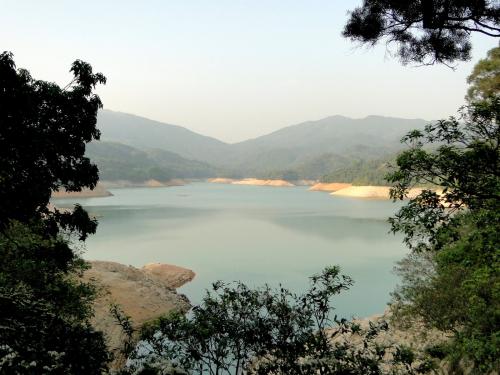 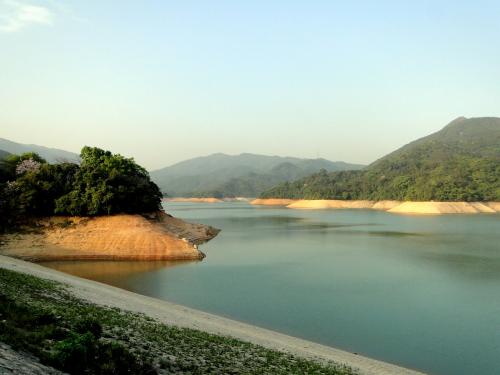 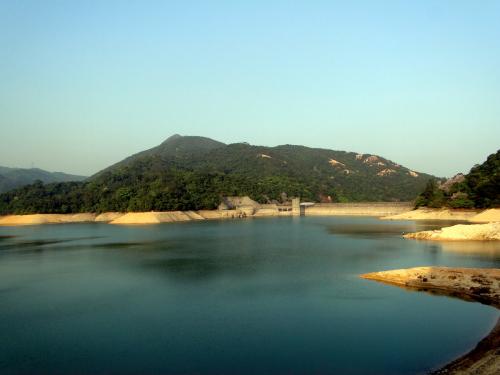 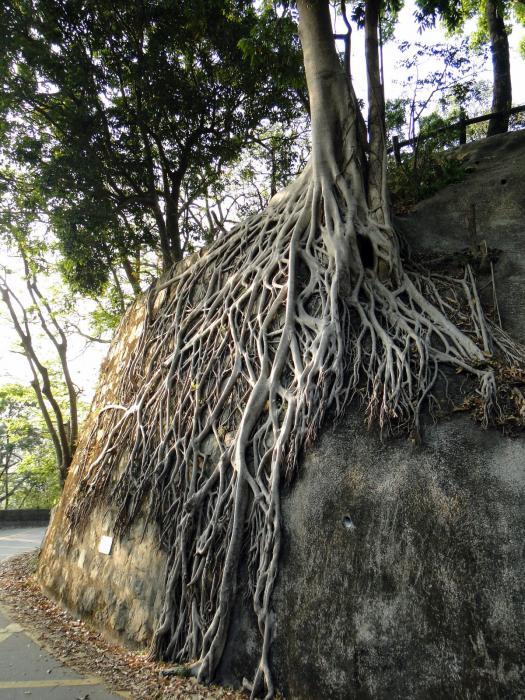 Some general details regarding the hike:

Get to the start: Bus 81 from Prince Edwards and Shum Shui Po or take a taxi from Tsuen Wan. Destination stop : Kowloon Reservoir on Tai Po road.

Come back from the ending point: walk down about 1 kilometer (20 minutes if slow) and take Green Minibus No. 82 to Tsuen Wan MTR station.

Difficulty: Compared to other hikes, relatively easy and mostly paved. Uphill at the beginning (from 180m to 250m, then down hill a bit bit and then very mild uphill, then all way down)

If you’re in need of a map, plenty of those all across the trail… 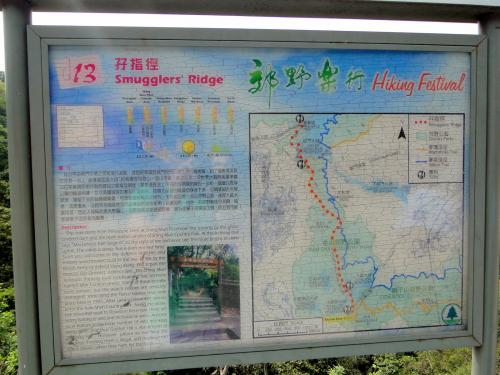 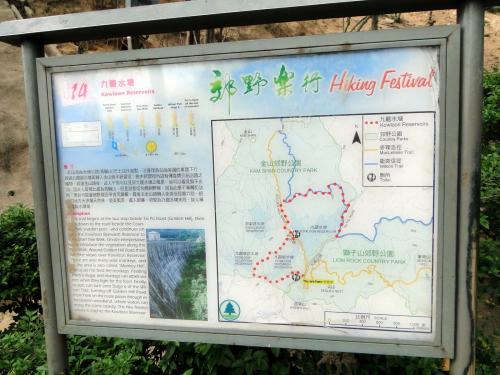 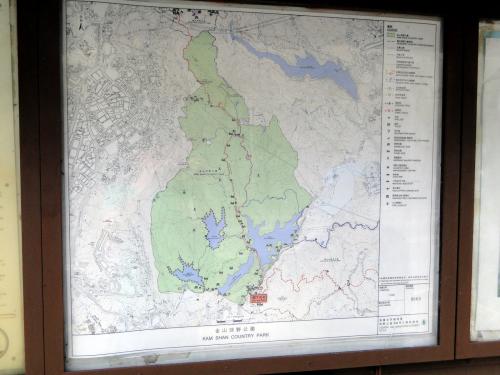 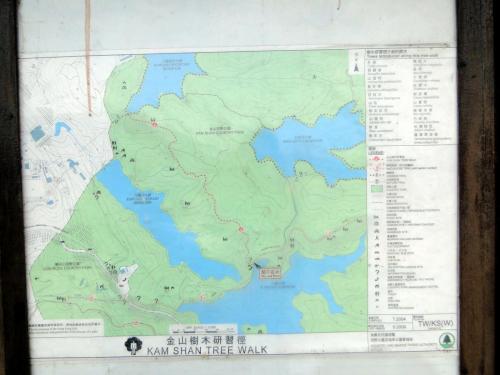 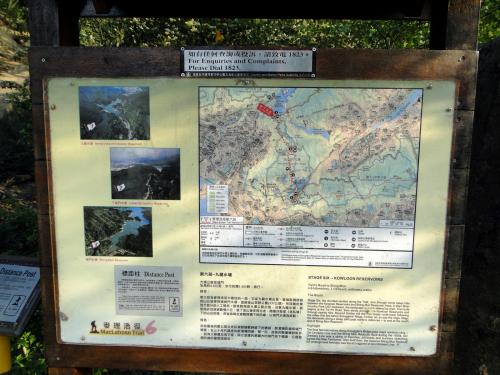 If you need more info, visit these websites :