Did you know Hong Kong’s got a fairly large population of local monkeys running around freely? If you hike in the Kowloon area of Hong Kong most chances you’ve already met some, the best place to see them in large groups being “monkey mountain” or “monkey hill” near the Lion Peak MacLehose section 5 end or during the Maclehose Trail stage 6 around the Kowloon reservoirs. 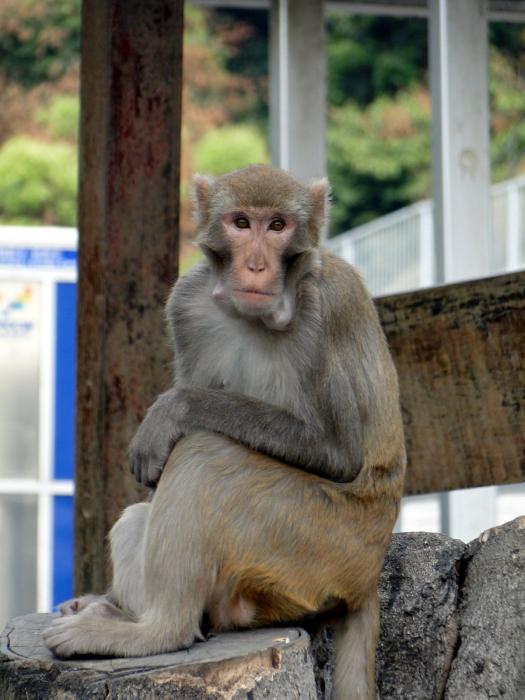 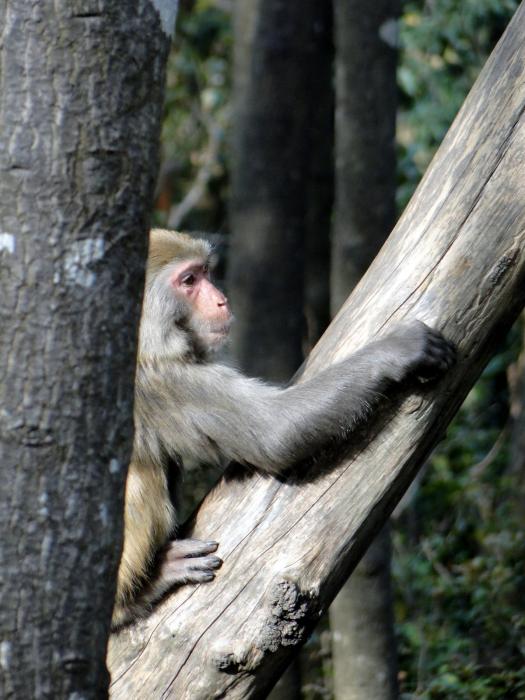 About the Hong Kong monkeys

Origin of the Kowloon Hills monkeys

The macaques in Hong Kong have a very long history. It was recorded in the 1819 edition of ‘The Gazetteer of the Xin’an County’ that monkeys were indigenous in Xin’an County (at that time, the Hong Kong Territory is part of the Xin’an County) and were commonly found in the woodlands. Robert Swinhoe (1870) reported the presence of monkeys in most small islands in the Bay of Hong Kong. Later Dr. Glover M. Allen classified these macaques as Macaca mulatta, the rhesus macaque. In 1947, Professor G. A. C. Herklots of The University of Hong Kong reported that he saw rhesus macaques near Tai Tam Reservoir, on the Victoria Peak and in the Deep Water Bay valley. He suggested that these macaques were descendents of the original wild stock. At present, it is generally believed that these indigenous wild stocks were all extirpated due to urbanization.

Rhesus macaques in the Kowloon Hills area were believed not the descendents of the original wild stock but released during the First World War time (1910’s). The release was related to the construction work of the Kowloon Reservoir, which was completed in 1913. This was the first reservoir in the New Territories and before it was put to use, people discovered some Strychnos plants around the reservoir. These plants contain poisonous alkaloids that are dangerous to livestock and humans, if ingested; but are favorite natural food for macaques. Because of worrying about the strychnos plants might poison the reservoir, people released a few rhesus macaques there with the idea that the monkeys would eat the plants before they dropped into the reservoir. Afterwards, monkeys started breeding and finally a stable population was attained.

Unlike the aggressive reputation they’ve built for themselves, I’ve found most if not all of them to be very laid back and easy going, minding their own business and being somewhat ambivalent towards the humans walking around. I’m guessing this might change if you have some food on you, but if you keep to yourself and watch your food you should really be okay. 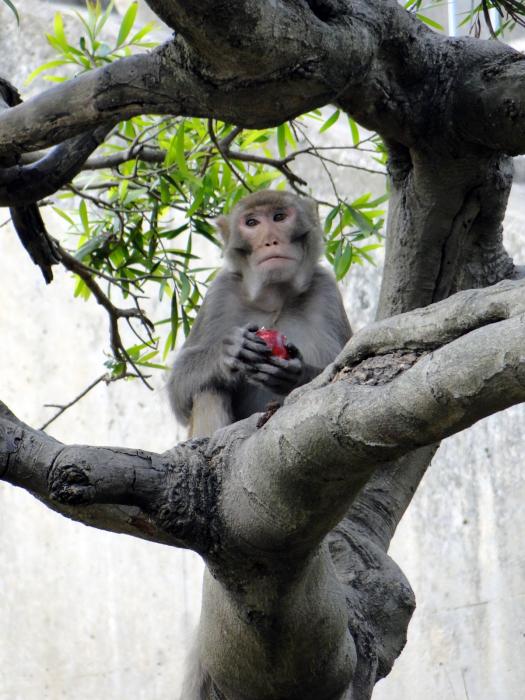 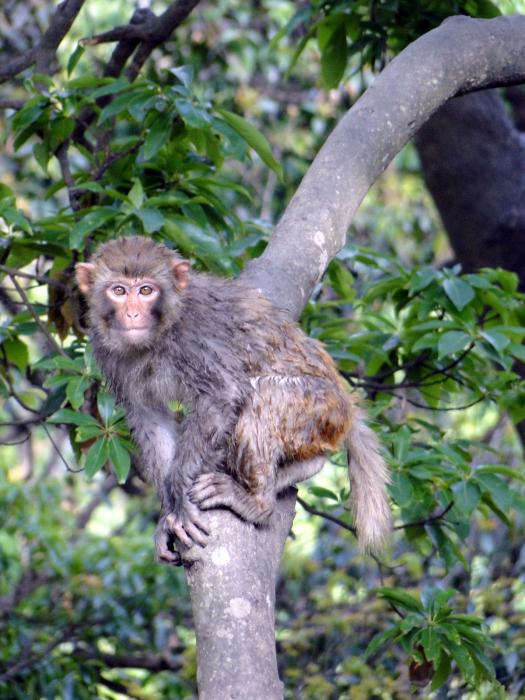 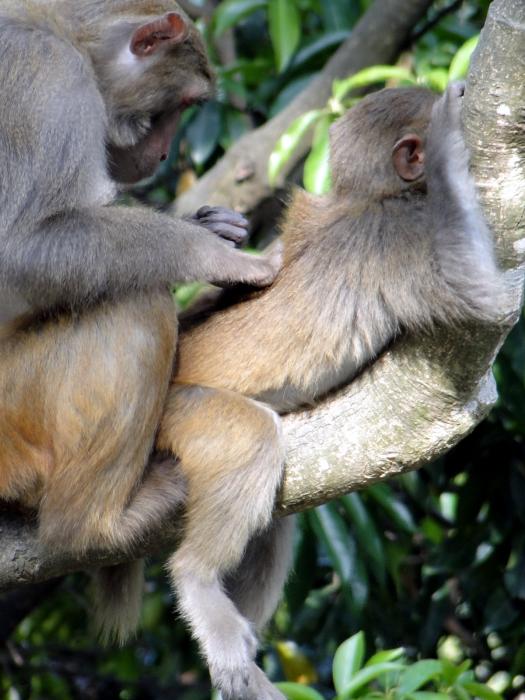 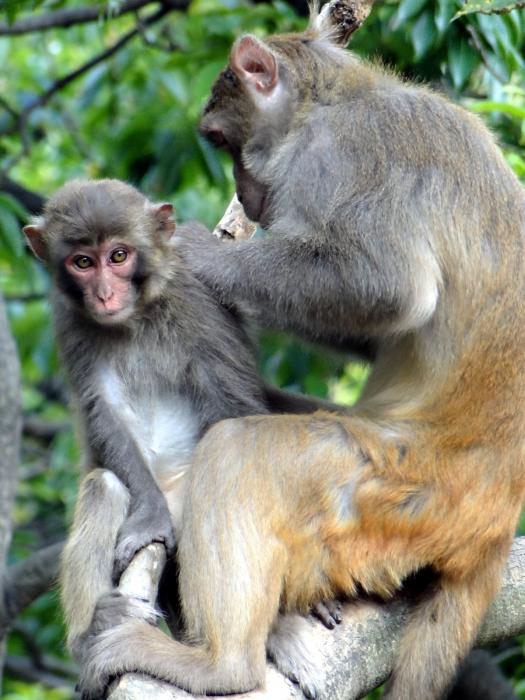 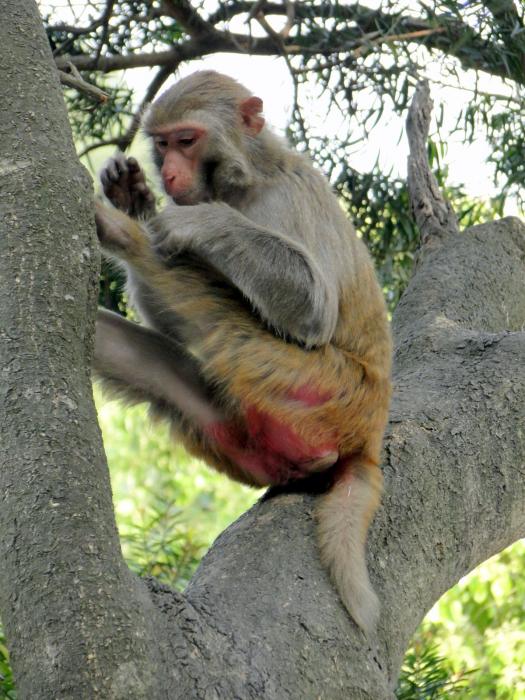 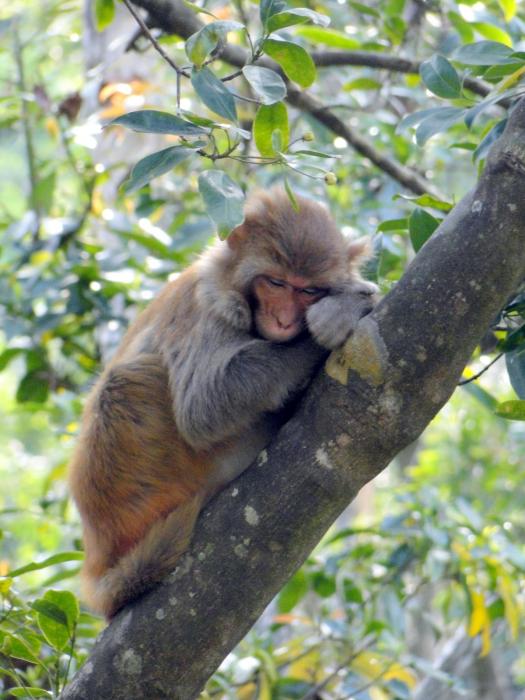 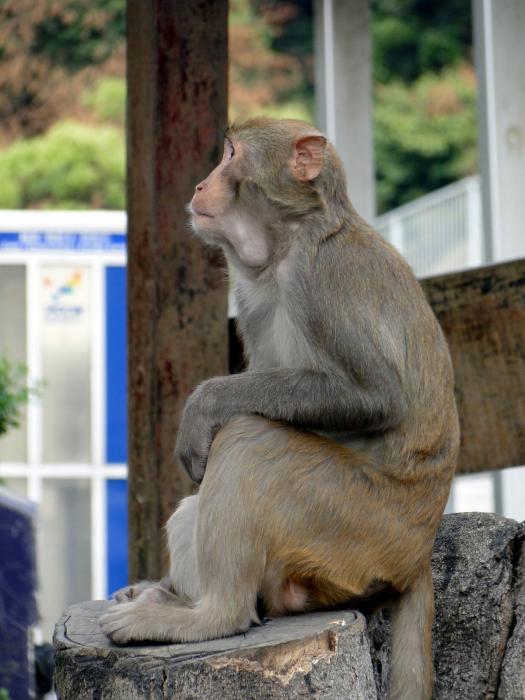 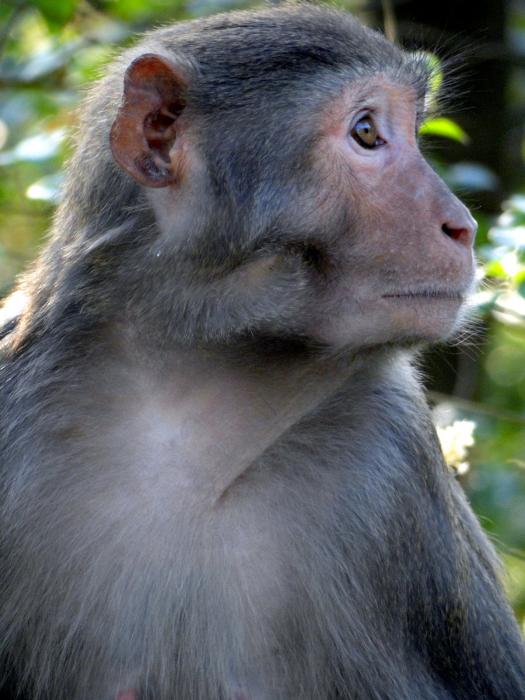 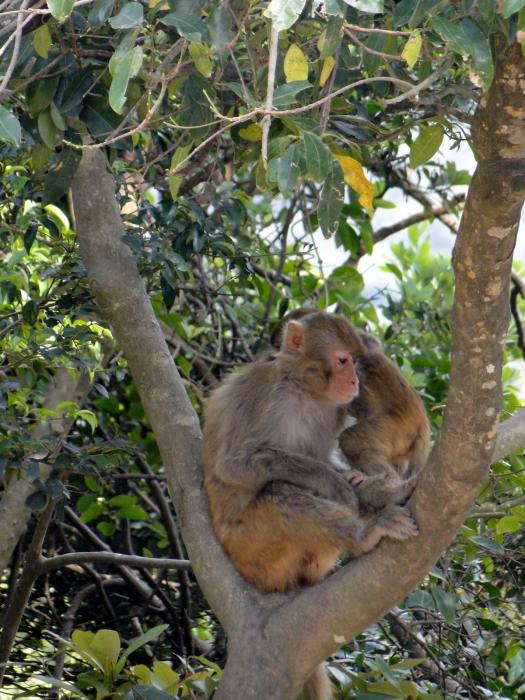 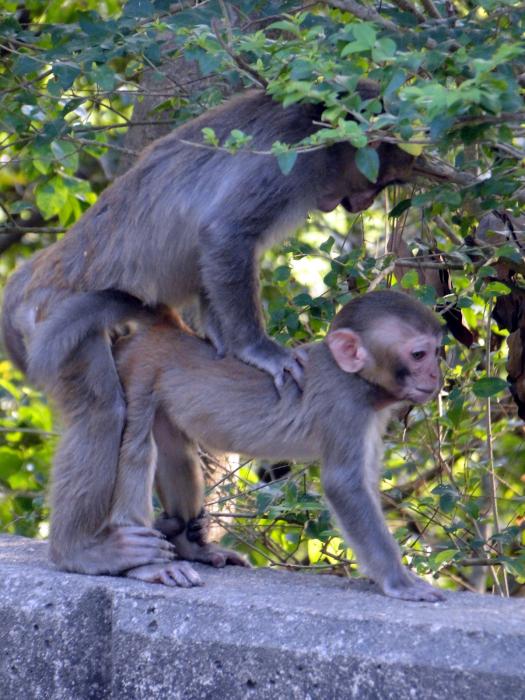 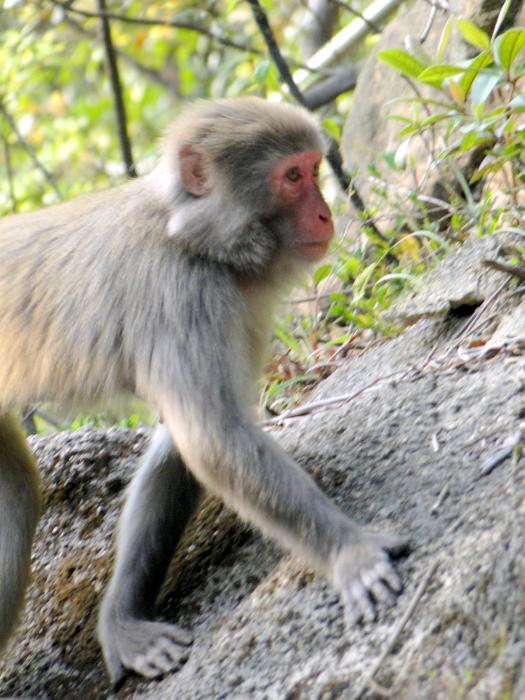 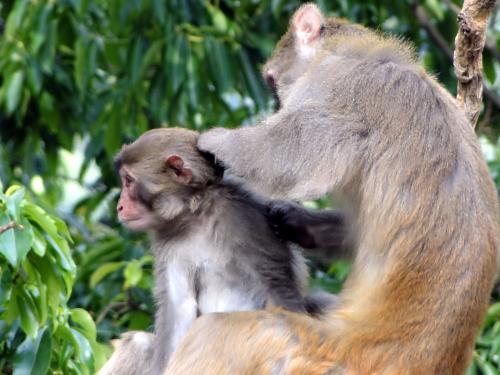 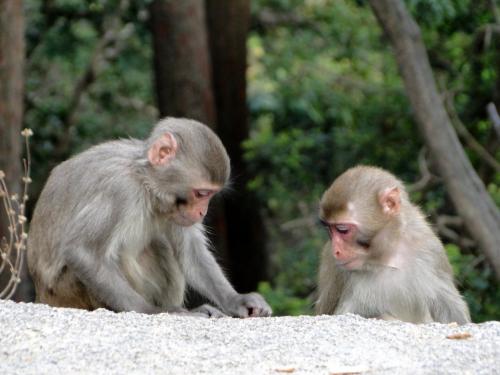 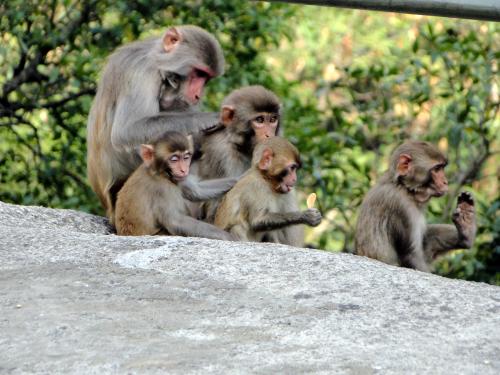 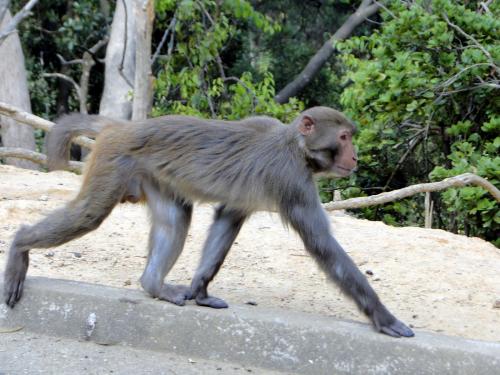 More on monkeys in Hong Kong: