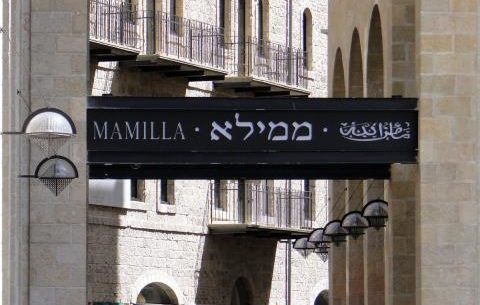 Welcome to Mamilla. It’s been up for around 2-3 years now, but still looking brand new and quite impressive. When I visit back home or introduce Jerusalem to friends and need a place to sit down for coffee, this is the place to go. If only we had more of those little projects, instead of ugly shopping malls and skyscrapers. It’s commercial, true, but very well done. As some of my visitors point out it “feels like going abroad”. 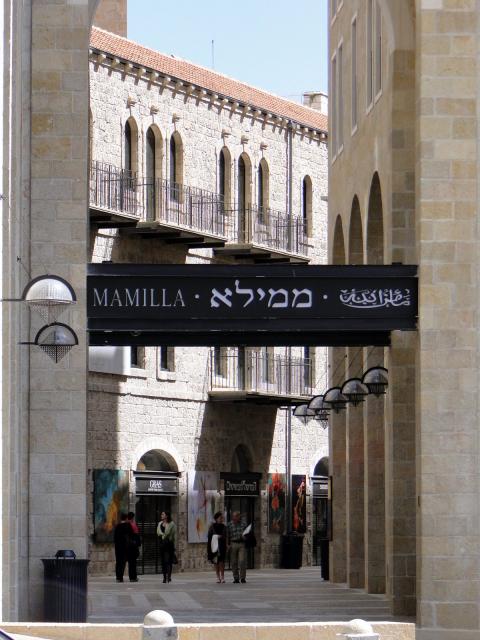 The building interior is new, but the outside appearance was conserved and cleaned up. So, the “Jerusalem stone” style can be seen in full glory. 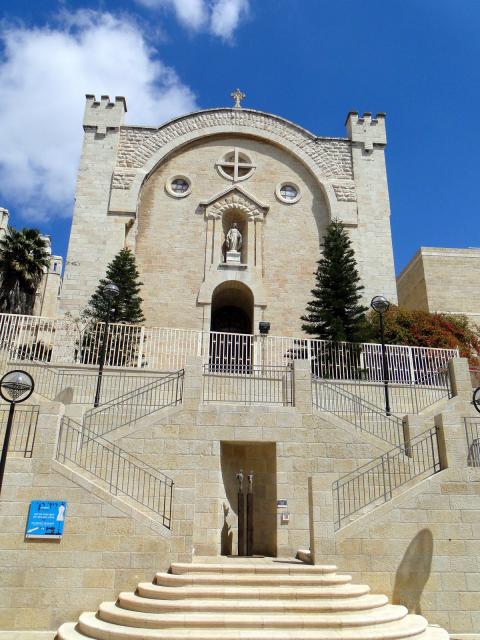 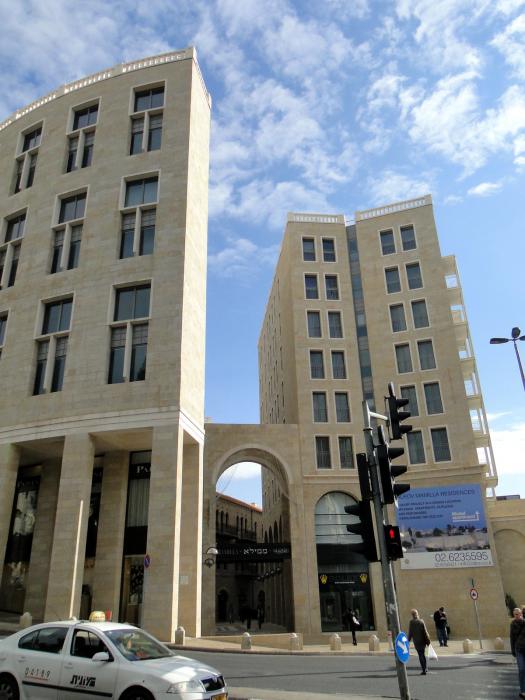 If you come on a weekday, not that many people there, and I personally prefer it that way. Come on a Friday or a holiday, and you’ll meet loads of both locals and tourists crowding the narrow street. 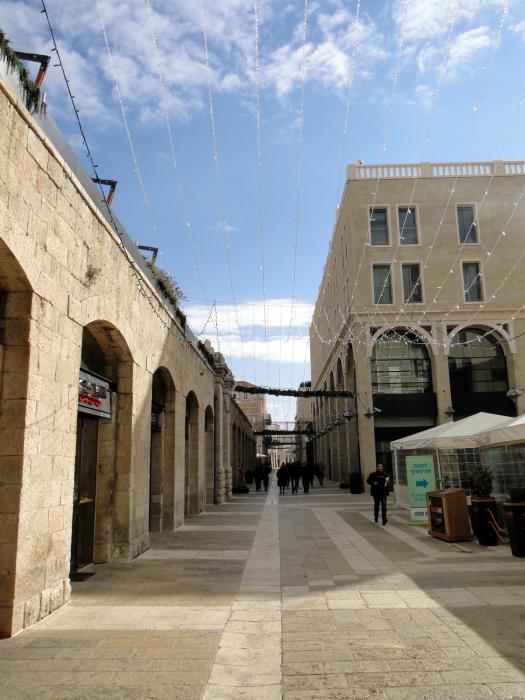 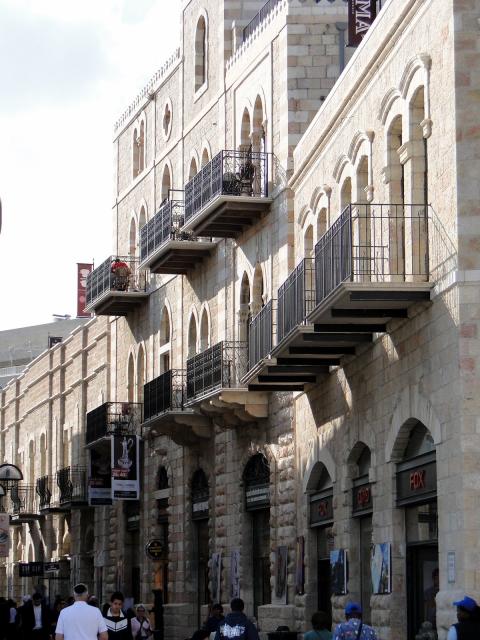 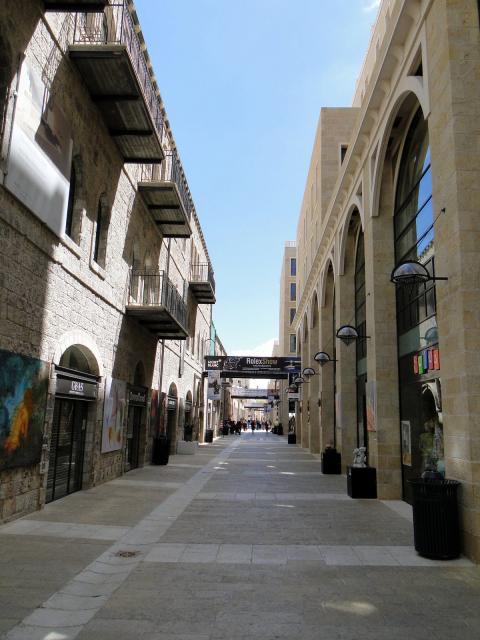 There are also a few little changing exhibitions going on. You can see examples of some random art being just out there in the street. 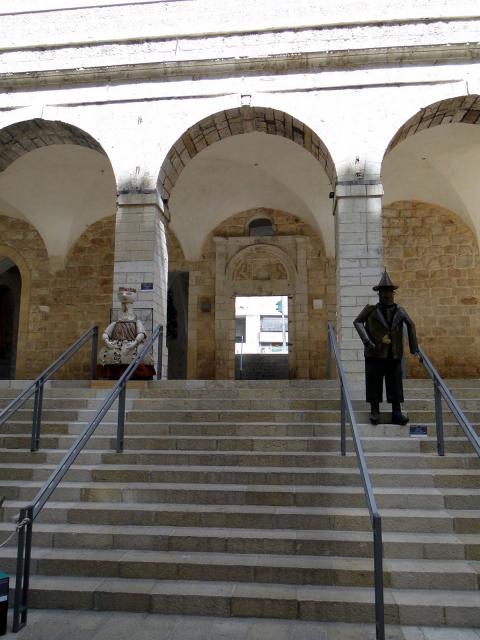 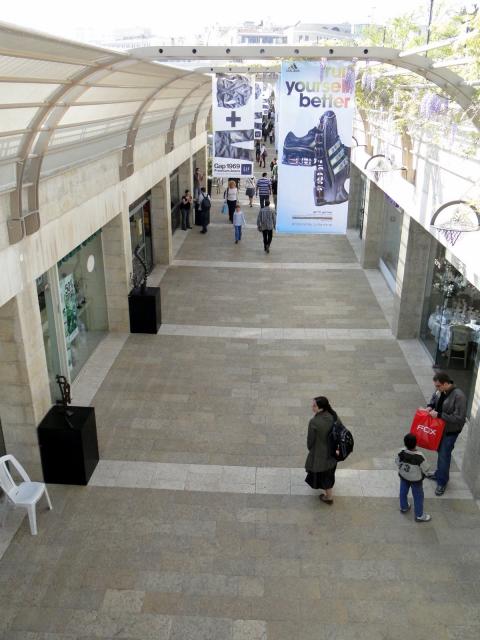 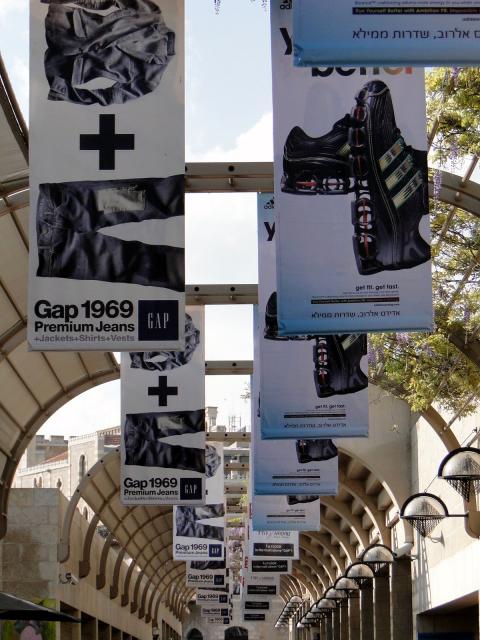 Just at the eastern end of Mamilla are the western walls of the old city and the Jaffa gate entrance. here’s a quick panorama looking to the north-west.

BTW – Mamilla actually extends beyond the renewed shopping district. One of the really troubling recent events showing the sensitive nature of Jerusalem’s religious diversity is the case of the old Muslim graveyard a few steps away. According to the municipal authorities a few hundred new “graves” have recently appeared in the abandoned graveyard as Muslim authorities at the old city make a claim over this site. Marking the extra graves the Jerusalem municipality send bulldozers to clear out what they refer to as “fake graves”. But this managed to create a protest among the Muslim population and somewhat of an international sensation yet again as Israeli authorities are accused of clearing out an active Muslim graveyard to make room for a new “Museum of Tolerance”. An impossible situation to deal with politically and it looks bad no matter how you choose to address it.
Those things just keep happening in Jerusalem. It will probably continue to be a turf-war where religion and politics are involved to elicit conflict. Sad. 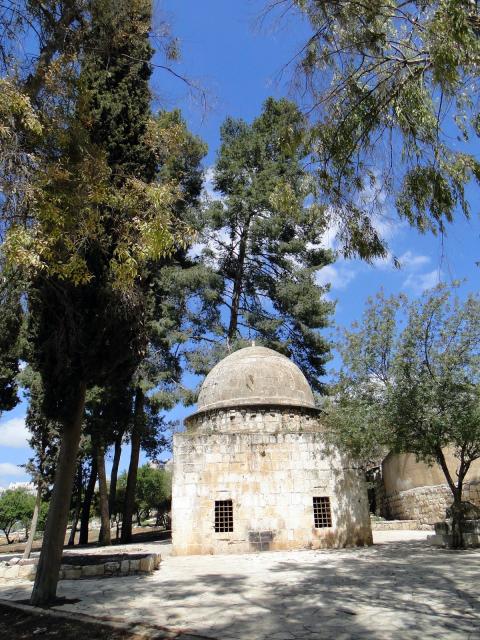