The Gay Pride Parade 2010 titled “Marching for Equality” was held in Jerusalem during July this year to mark the one year anniversary of the Bar-Noar shooting incident. 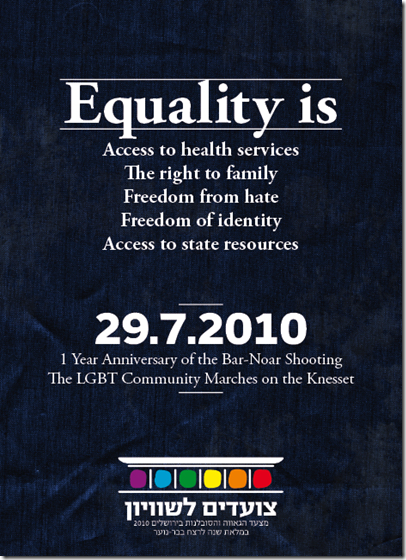 Under a stream of rainbow-colored flags and amongst a consortium of different participants, nearly 3,000 people from around the country turned out Thursday for the annual Jerusalem Gay Pride Parade, which began at 4:30pm in the capital’s Independence Park amid a large deployment of security forces and scattered protests against the march.

"We will continue to come here every year, to Jerusalem, because this is the most important place, not only for the gay community, but for everyone who cares about the free and democratic character of the State of Israel,” he said.

Nonetheless, the parade drew condemnation and protest from various groups within the capital, although no violence was reported by police and the march made its way, without incident, from Independence Park to the Wohl Rose Garden, where a memorial service for Katz and Trobashi was held.

Here’s a general news video in English on the parade:

The parade marched down the street from where my parents’ place is (Rambam st.) . This is what is looked like over there… 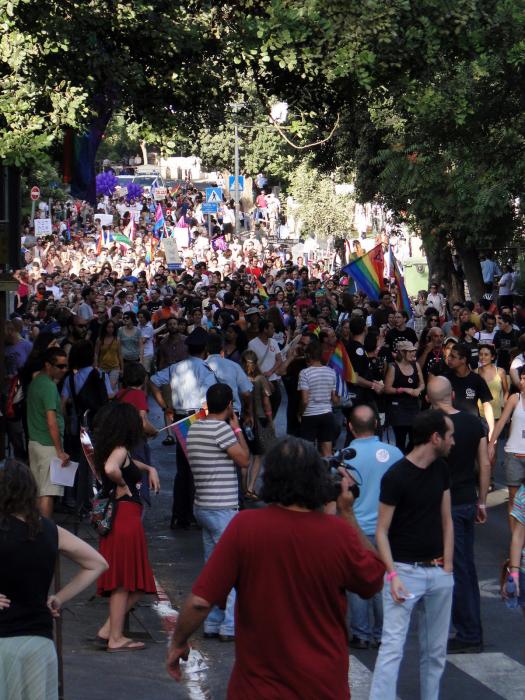 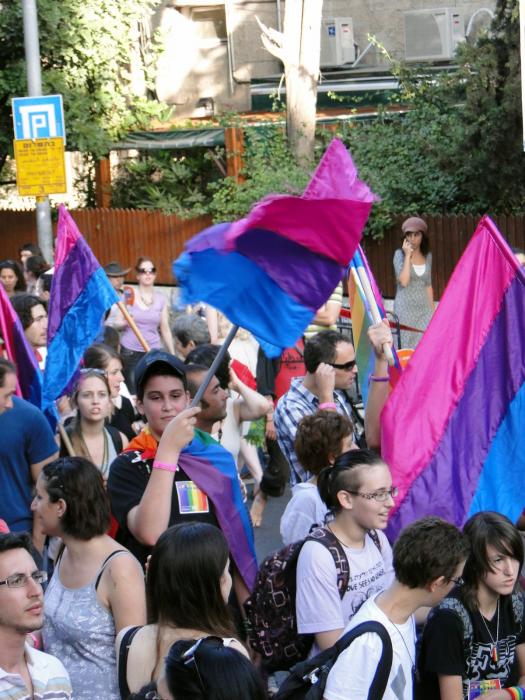 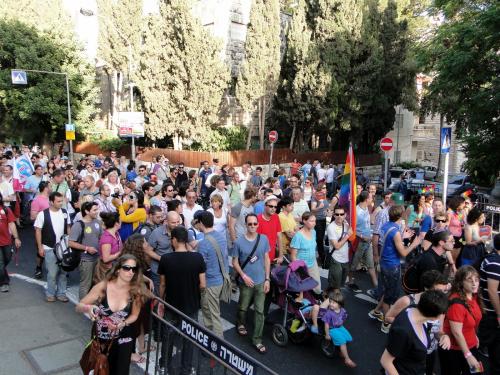 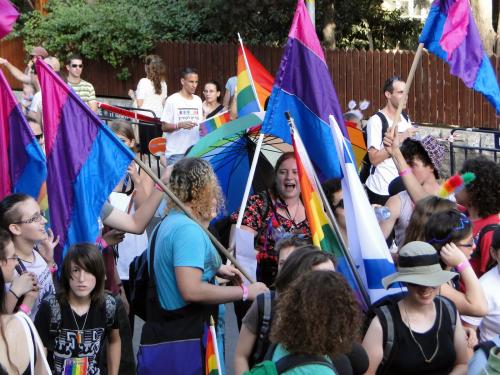 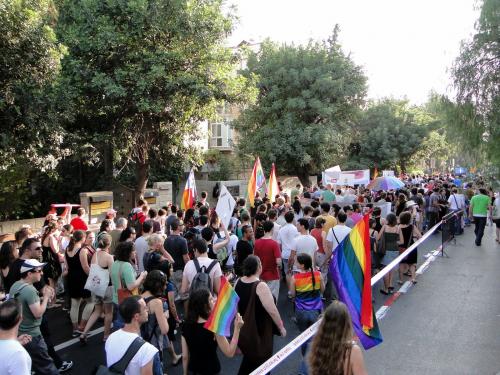 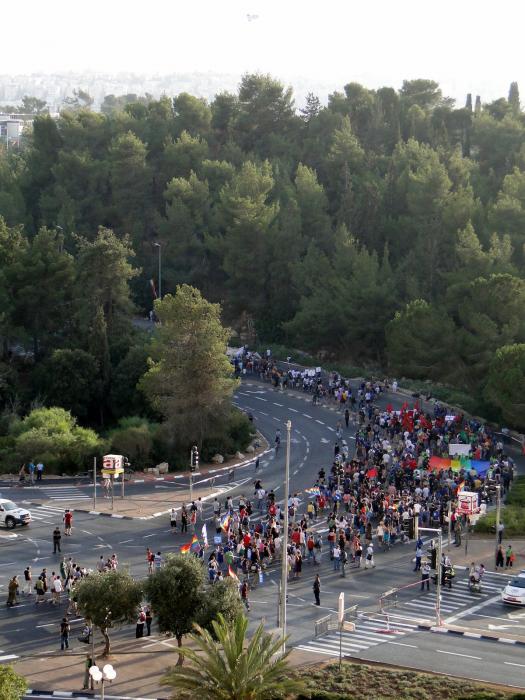 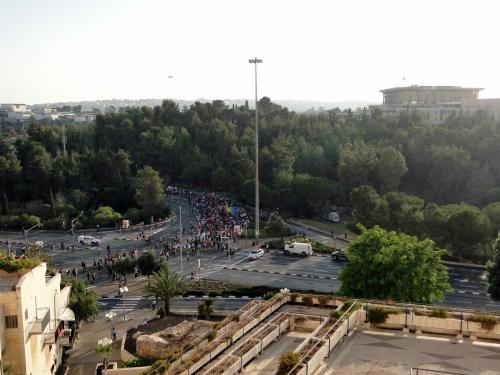 Surprisingly, there were a few religious and orthodox communities who joined in on the march. 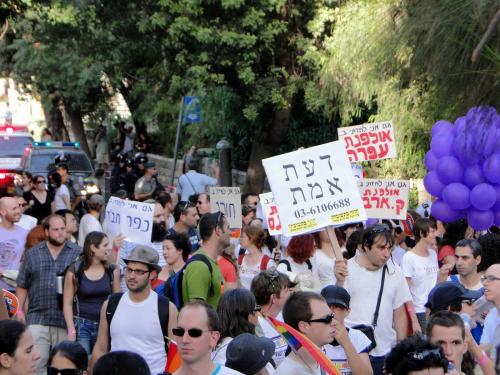 If you want to get into the lively atmosphere, watch this next video I took :