Turns out you don’t have to travel to the east coast and Kending to find beautiful white-sand beaches in Taiwan. As far as I can tell – Fulong beach, in the north-eastern part of Taiwan, does a fair job at competing with the Kending beaches. 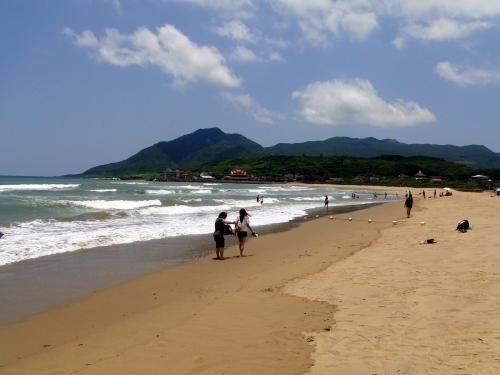 Fulong Beach, also known as Fulong Bathing Beach (福隆海水浴場), is located at Fulong Village, Gongliao Township at Northeastern Taiwan. It is the outlet of the Shuang River.

The sands there are golden, which is rare in Taiwan. Nearby is a camping site named Longmen. This beach is a favorite in the summer for people living in northern Taiwan.

The Taiwan government adds a lively description of what Fulong has to offer: 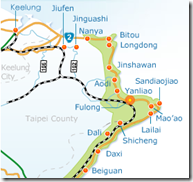 After entering the Longmen area, tourists will begin noticing the interesting and diverse scenery that distinguishes Fulong. Rippling layers of terraced fields and river terrace coupled with the sound of the Shuangxi River murmuring within a gorge is just part of what awaits visitors in Fulong. A characteristic sand spit landform formed by the interaction of river and ocean divides the calm Shuangxi River from the overwhelming waves of the ocean, creating the unique view Fulong has to offer.

After exiting the Fulon Train Station, tourists should cross the coastal highway and pass through the Fulong Bridge. Following a small trail on the left, tourists will reach the old street of Fulong. In front of the Fulong Train Station, visitors will see many lunch box stores, which have become the most well known local specialty. Since Fulong is located at the center of the Northeast Coast National Scenic Area, the Administration Center is also located here to offer help to tourists. Local recreational activities and scenic spots include the Fulong Beach, a bike path and the Longmen Camping Site. During summer and autumn, visitors from all around arrive at Fulong to camp in the open, have fun with water on a golden beach, and leisurely ride bikes along the coastal bike path. What an experience!

For some strange reason, it looks as if part of the beach belongs to a huge resort not too far away, and they charge entrance fees of ~100NT$ per adult during the busy summer days.

Here, take a look at the photos… 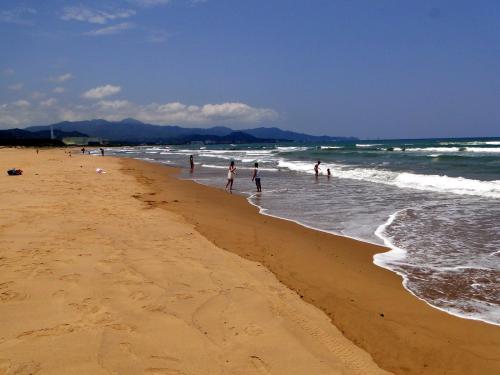 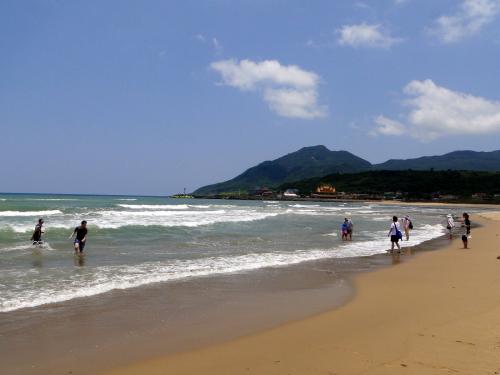 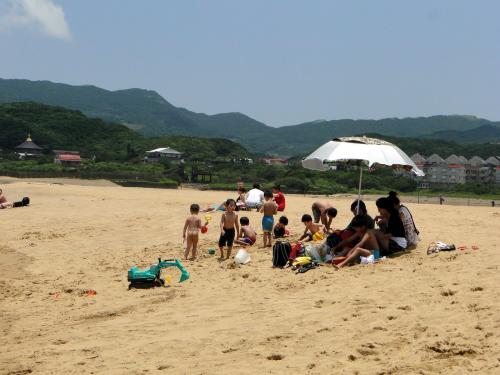 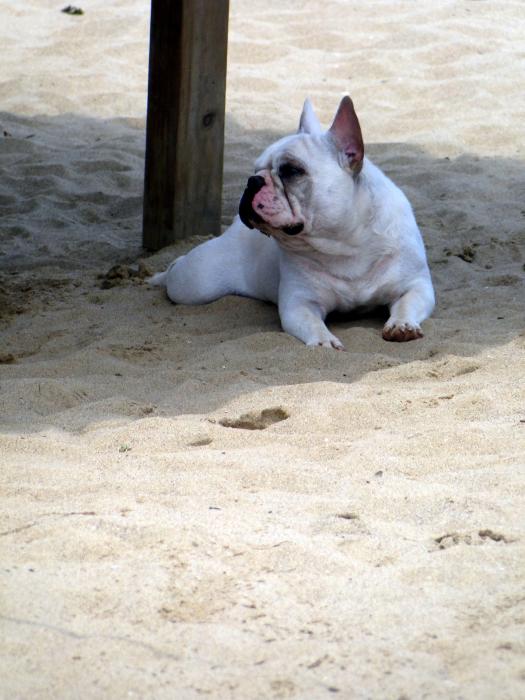 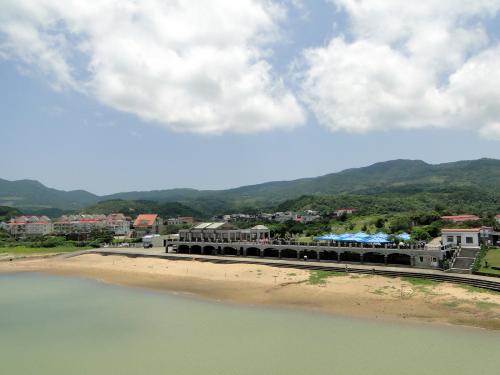 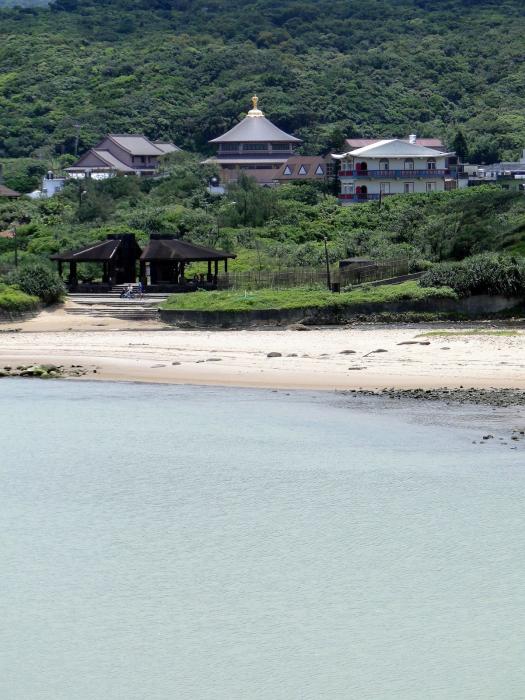 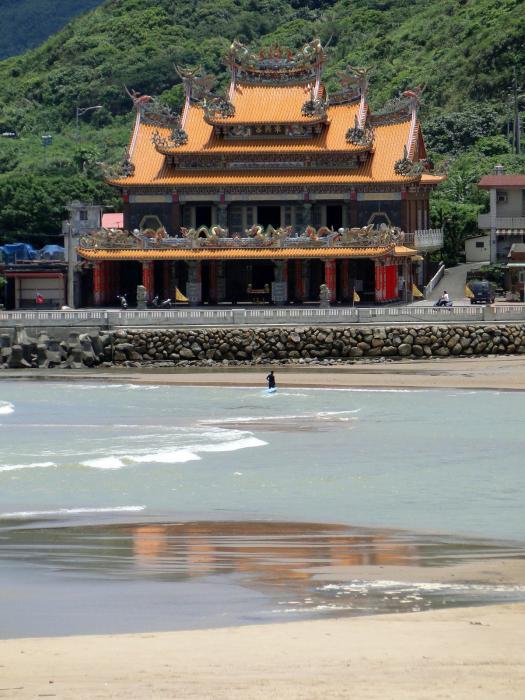 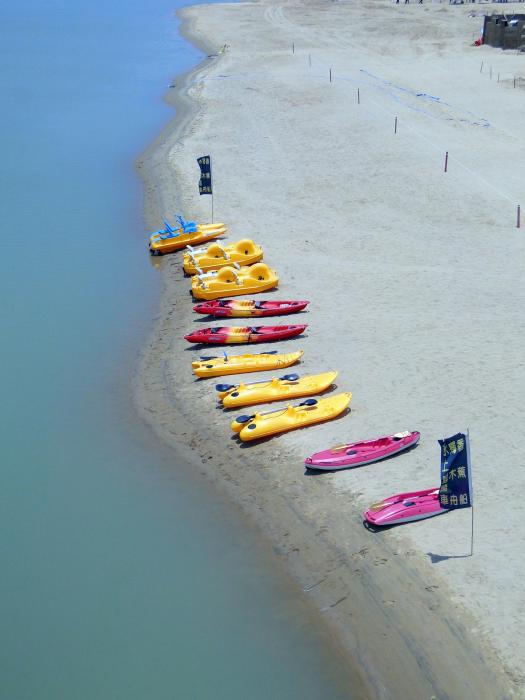 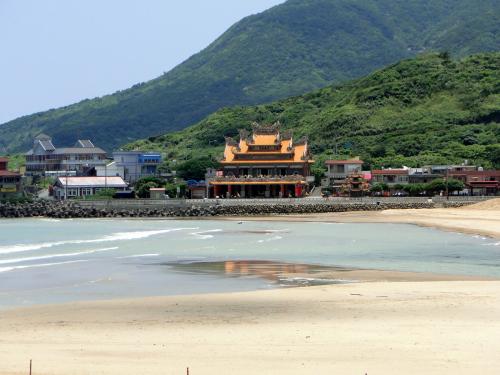 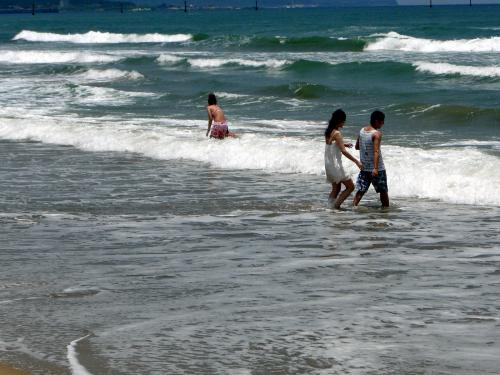 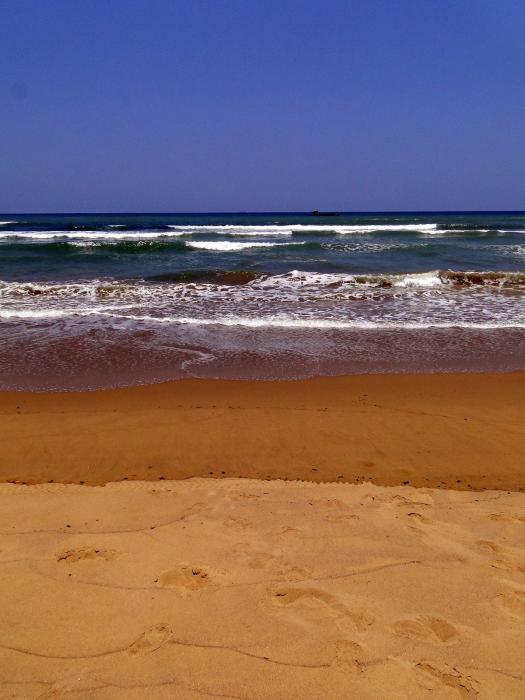 The sea also captured an area inland creating a shallow little lake, or a pond, that is also used for leisure. 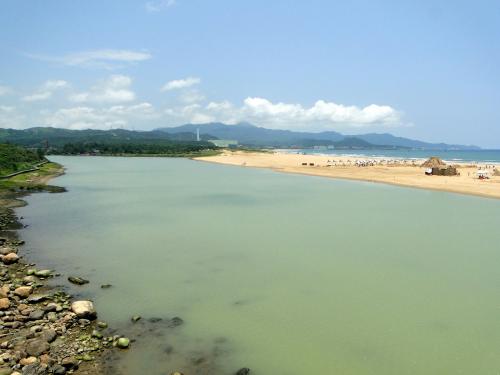 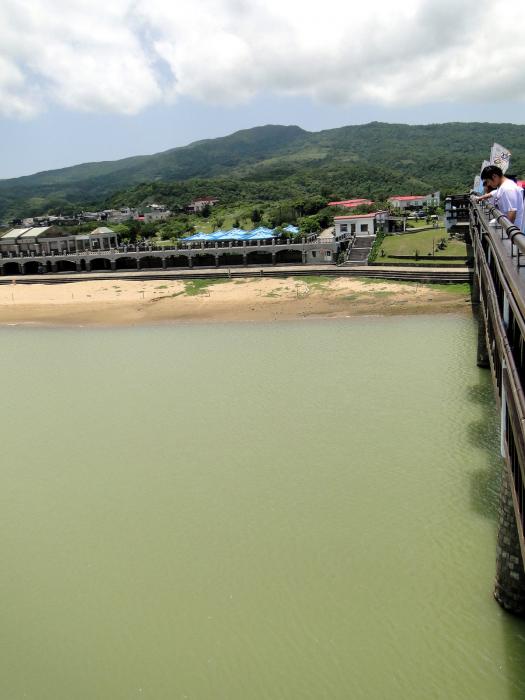 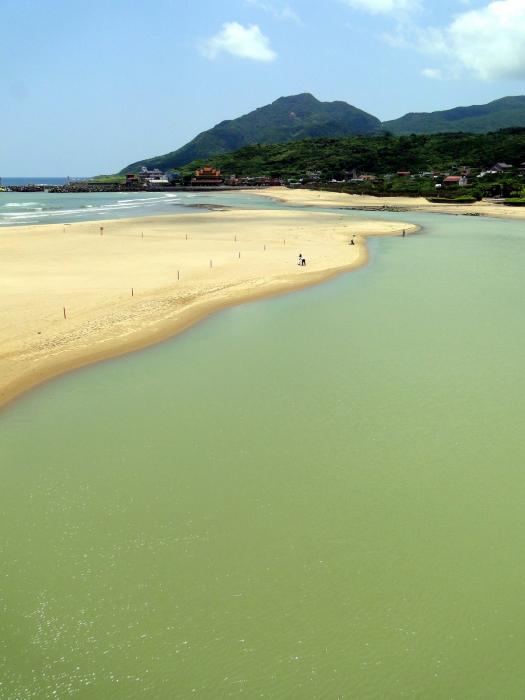 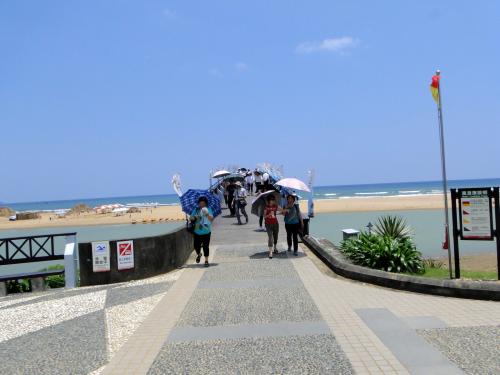 To get to Fulong beach :

look like a beautiful beach, definitely full of Taipei people in the summer.

I have been trying to locate a family beach that we went to back in 1963 and I remember it as RaeBin beach but maybe my memory is not so good. It’s a long time ago. I know we drove at least an hour from Taipei. I have a photo I took at the time and I believe it shows a railroad in the background. I will post it on my blog and maybe you can tell me what you think. my blog is called. Navy-photo.blogspot.com

Sarj – sorry, I wouldn’t know. good luck with finding the answer to that.