Previously the prestigious Ponce de Leon Hotel serving the richest of America, it is now part of the Flagler College campus, set in the wonderful historic town of Saint Augustine. And what a lovely college it is. It must be a unique experience to study in a college that looks as fine as that.

Henry Flagler built the successful hotel back in the 1880s,  with elements of grand Spanish architecture, one of the first to get wired to electricity due to close ties Henry had to Thomas Edison. Though you’ll have to take a tour to truly enjoy all the hidden parts of the campus, there are a few areas that are open to the public, and they will give you a taste of the wonders of that building and what that hotel probably felt like. 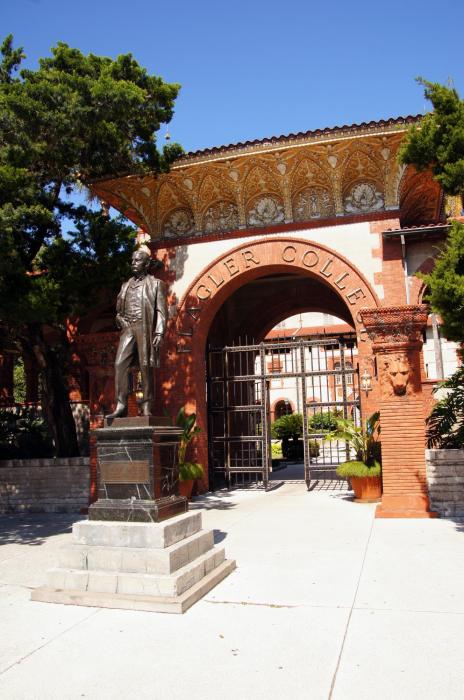 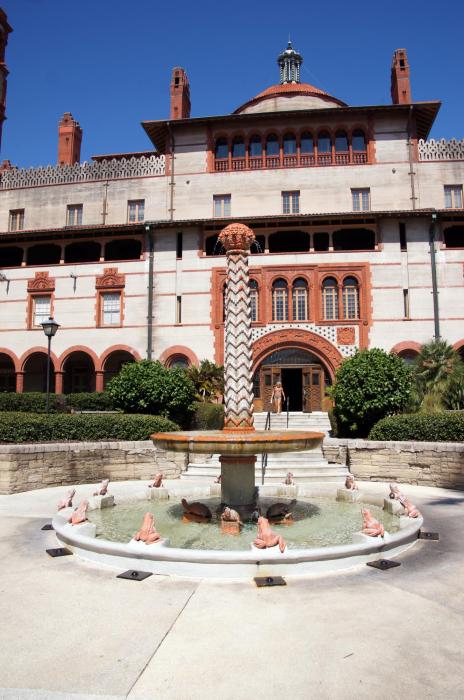 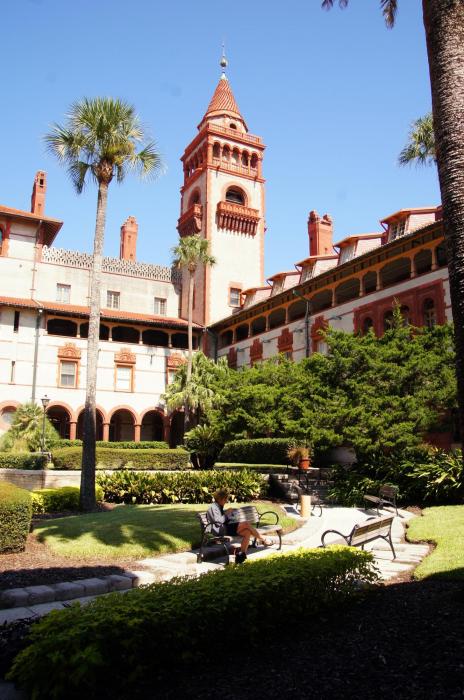 A bit about the Hotel from Wikipedia :

The Ponce de León Hotel was an exclusive hotel in St. Augustine, Florida, built by millionaire developer and Standard Oil co-founder Henry M. Flagler and completed in 1888. The Hotel Ponce de Leon was designed in the Spanish Renaissance style by the New York architects John Carrère and Thomas Hastings, and was constructed entirely of poured concrete, using the local coquina stone as aggregrate. […]

Noted personalities including Mark Twain, Theodore Roosevelt, Somerset Maugham, Babe Ruth and Babe Didrikson stayed there. The Artists’ Studios portion of the building attracted many up-and-coming American artists, including Martin Johnson Heade, who painted, among other works, "Giant Magnolias on a Blue Cloth" in Studio No. 7. The painting is in the National Gallery of Art in Washington, D.C., and Heade has been honored on a U.S. postage stamp. Others of his works are in the White House and significant galleries. The Hotel Ponce de Leon was one of the few Flagler Hotels to survive the Great Depression.

In 1968 the hotel was transformed into the Flagler College. Here’s a bit from the 125 anniversary to the hotel by the college website :

Flagler College was founded in 1968 as a memorial to Henry M. Flagler. The Hotel Ponce de Leon, built by Flagler. […]

The centerpiece of the campus is the former Hotel Ponce de Leon, a grand resort built in 1888 by Flagler and that has been designated as a National Historic Landmark. The highly- centralized campus consists of four other historic structures, a library, a student center, an auditorium, a gymnasium, an art museum, a laboratory and radio station for the Communication Department, and five residence halls. The hotel was gifted to Flagler College when the institution was founded in 1968. […]

The campus is located in the heart of St. Augustine, the nation’s oldest city, near the Restoration Area and other points of historic interest. The ideal climate, historic landmarks, numerous attractions, magnificent beaches, and Old World ambiance of St. Augustine provide an inviting campus environment for an institution of higher learning.

And if that doesn’t convince you it’s worth a visit, then here are a few more photos to get you started… 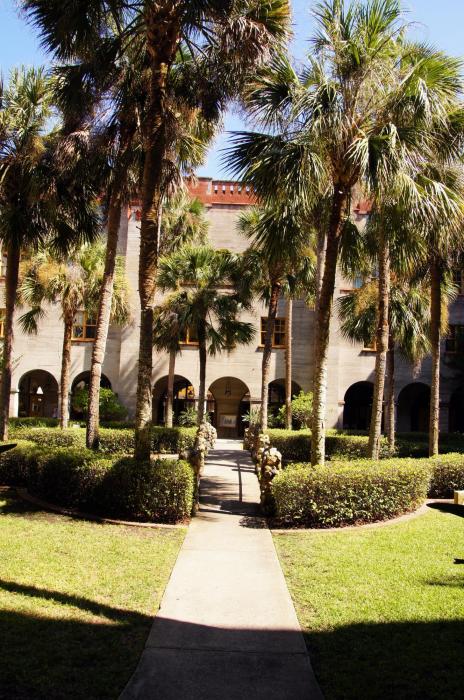 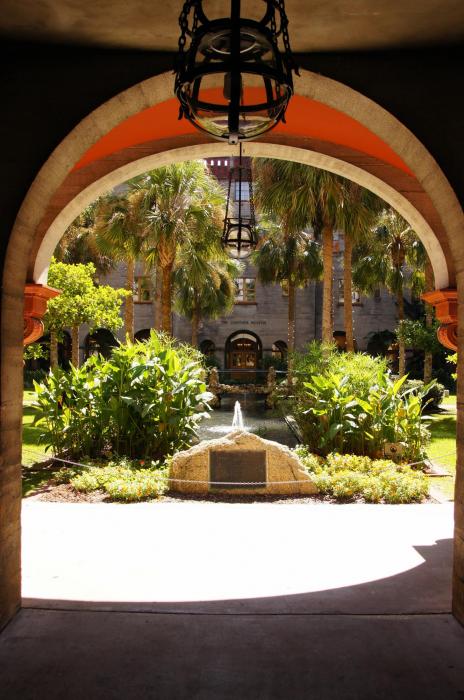 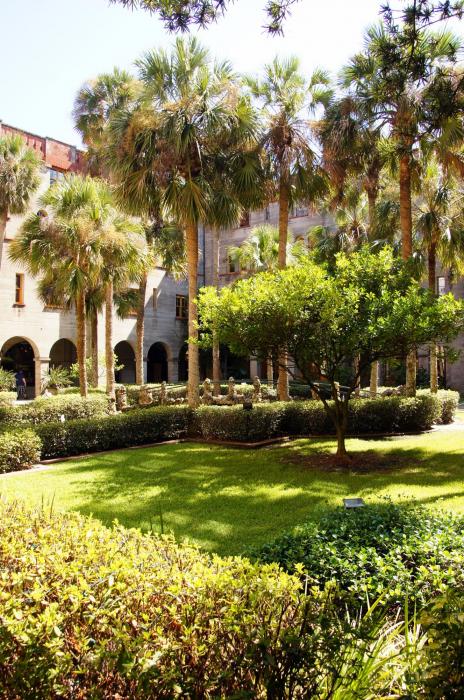 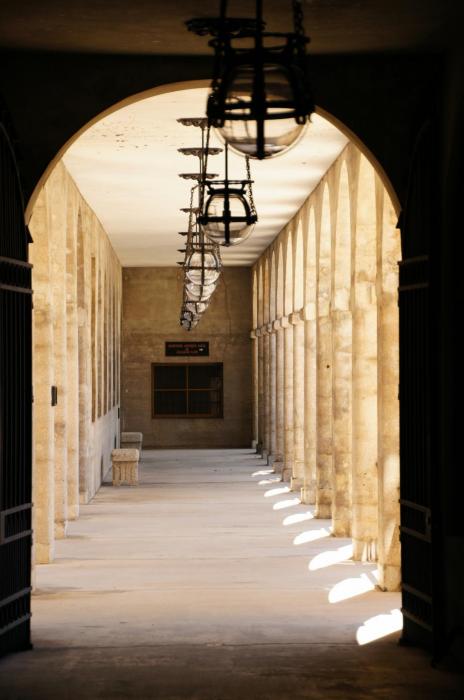 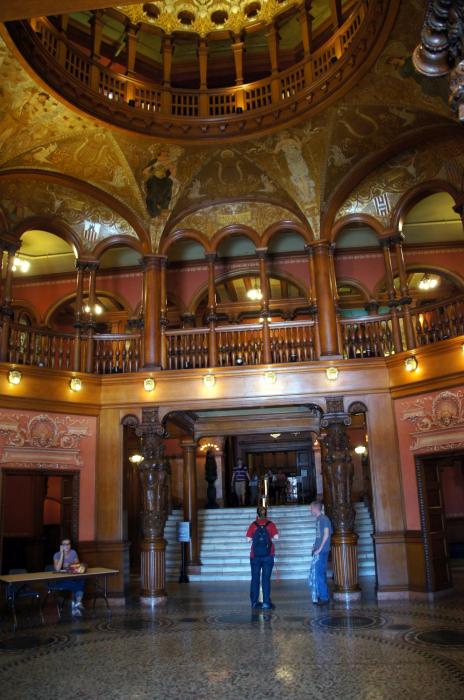 If you’re in Saint Augustine, don’t miss this.