Walking around the small old city area of Cologne is a treat. Although the city suffered through World War II, many of the old buildings and churches have been restored, and the result is a stroll back in history. Quite a few things to see in the area. In my walk I went into a few of the churches and monasteries, some dating back to 12th century. 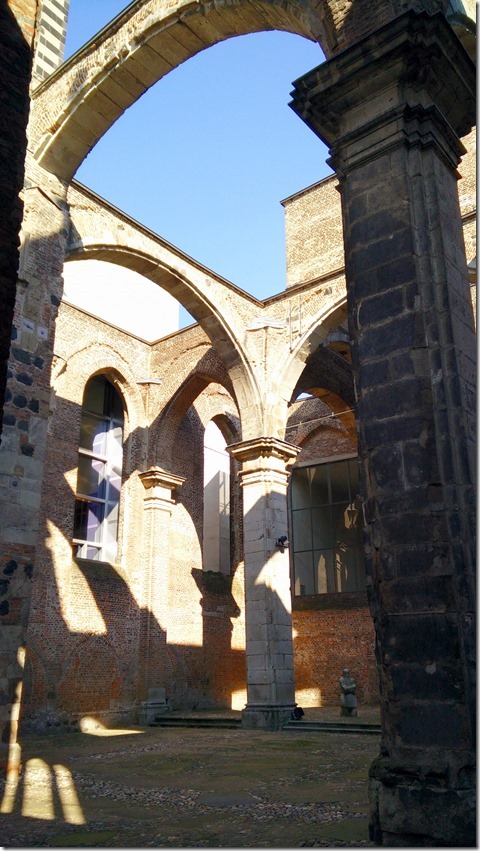 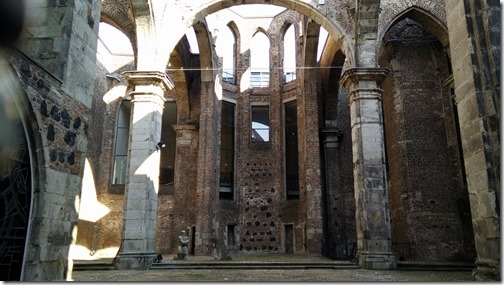 The Old St. Alban (Alt St. Alban) is one of the oldest parish churches in Cologne. The first documentary mention of the church dates since 1172, however, the form you see today is more recent. Between 1668-72 architect Arnold Gülich redesigned the church hall completely.

The Old St. Alban (Alt St. Alban) bell tower dates from 1494, and the facade from 1896. During the Second World War the church was severely damaged. Only the street front has been restored, the rest of the church remaining in ruin, as a reminder of the horrors of the war. 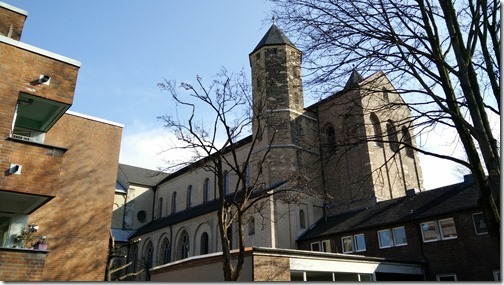 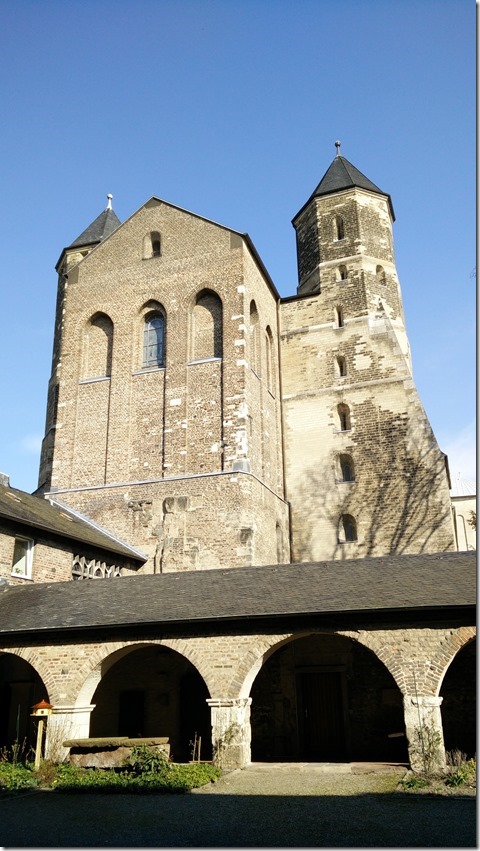 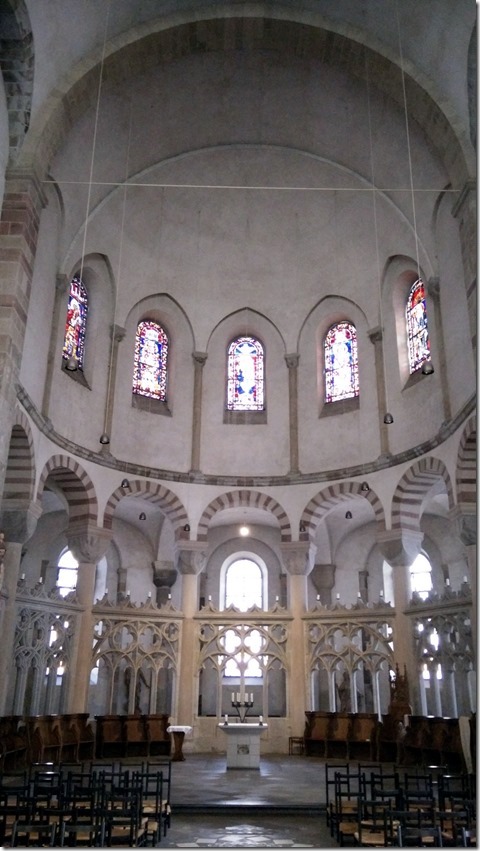 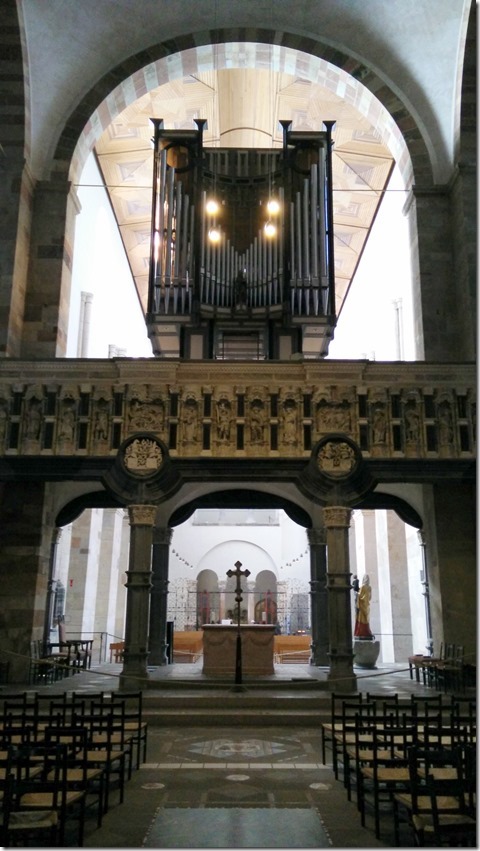 St. Maria im Kapitol (St. Mary’s in the Capitol) is an 11th-century Romanesque church located in the Kapitol-Viertel in the old town of Cologne, Germany. The Roman Catholic church is based on the Church of the Nativity in Bethlehem, was dedicated to St. Mary and built between 1040 and 1065. It is one of twelve Romanesque churches built in Cologne during this period.

Measuring 100 m x 40 m and encompassing 4,000 square metres of internal space, St. Maria is the largest of the Romanesque churches in Cologne. Like many of the latter, it has an east end which is trefoil in shape, with three apses. It has a nave and aisles and three towers to the west. It is considered the most important work of German church architecture of the Salian dynasty. 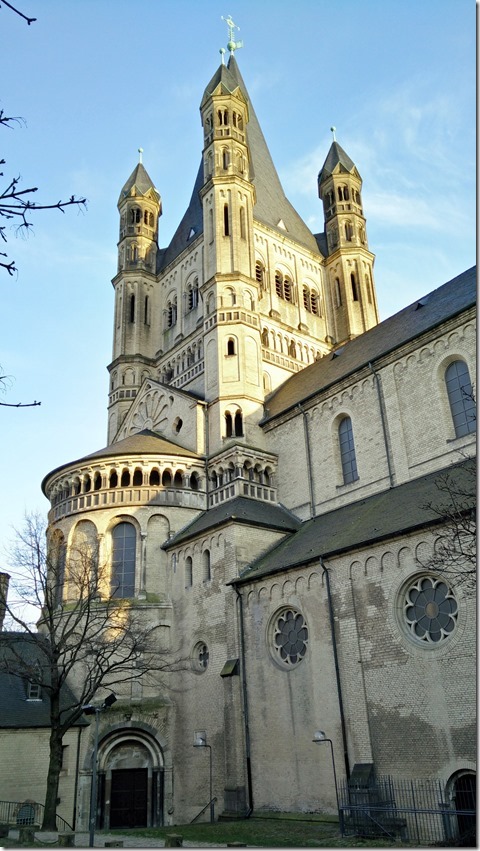 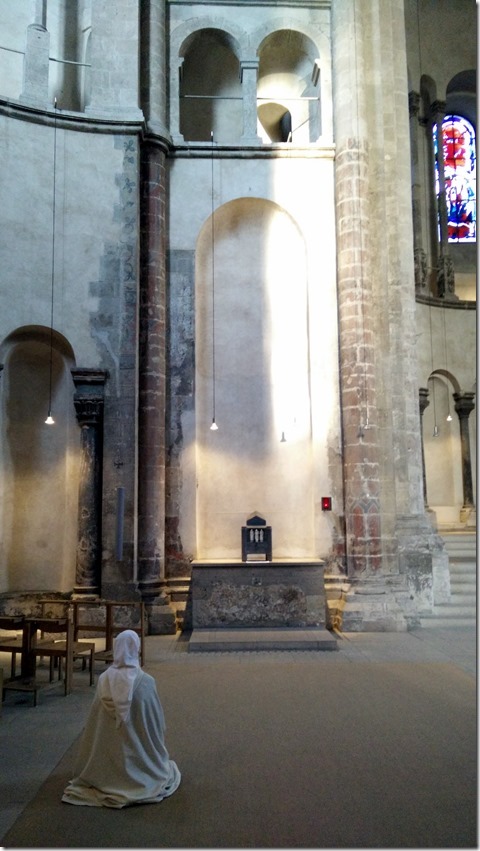 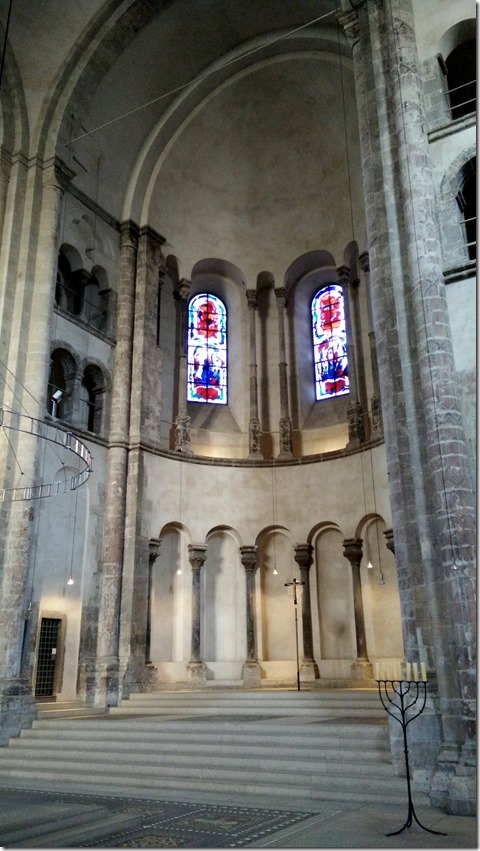 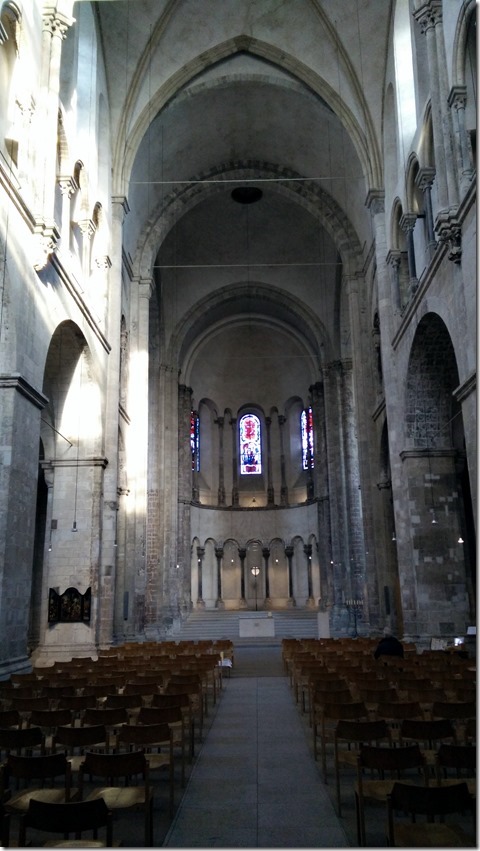 The Great Saint Martin Church is a Romanesque Catholic church in Cologne, Germany. Its foundations (circa 960 AD) rest on remnants of a Roman chapel, built on what was then an island in the Rhine. The church was later transformed into a Benedictine monastery. The current buildings, including a soaring crossing tower that is a landmark of Cologne’s Old Town, were erected between 1150-1250. The architecture of its eastern end forms a triconch or trefoil plan, consisting of three apses around the crossing, similar to that at St. Maria im Kapitol. The church was badly damaged in World War II, with restoration work completed in 1985.