Tin Hau – Goddess of the sea, better know in Taiwan as Matzu (媽祖 Māzǔ), is one of the most popular Gods in the Taiwan, southern China and Hong Kong area. Discover Hong Kong alerted me to the celebrations of Tin Hau festival taking place not too far away from the campus in Sai Kung’s Clear Water Bay at an ancient Tin Hau temple in Joss House Bay. As a matter of fact, I was told it’s one of the oldest sites in the Hong Kong area, built in 1266 (!). One of the rock inscriptions there dates back to 1274 of the Southern Song Dynasty rule. 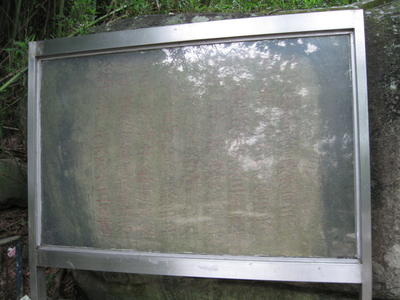 (trust me, there’s something written on that wall, click on the photo to enlarge)

Getting there was a bit tricky and involved taking the 91 bus towards Clear Water Bay second beach and changing to a green minibus. Then, walking down to the bay from the golf club for about 10 minutes.

Celebrations were already underway in the road leading down to the temple. 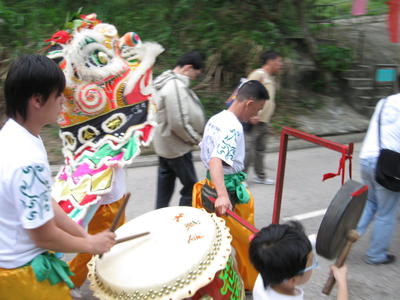 As usual in Hong Kong, you could see extremely traditional people either next to or actually driving luxury Lamborghini and  Ferrari cars. 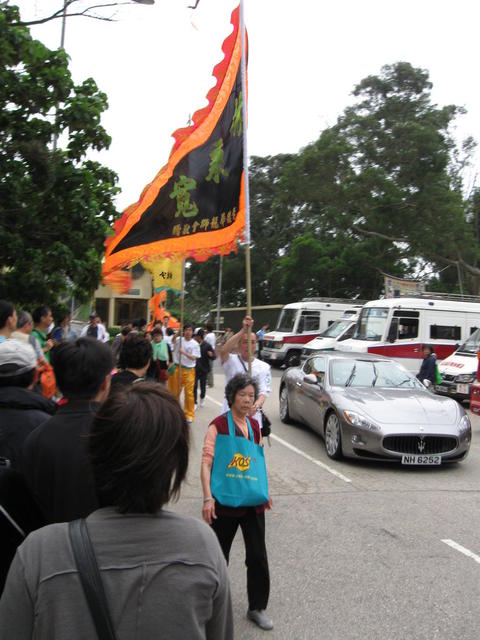 The Tin Hau temple has a great view of the harbor. 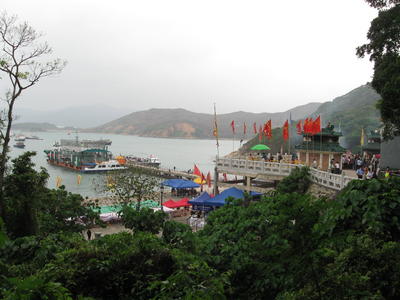 Walking down you could already hear, smell and see the festivities. Burning incents, dancing lions, nonstop banging and large groups of devoted worshipers from all over the island. 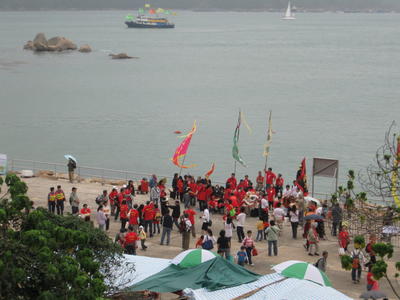 This is what it looks like. I admit it, I’m a sucker for lion dances. I can watch those for hours.

The temple was exploding with people, and the masses of paper burnt was causing a really bad air pollution, supporting the hectic environment. 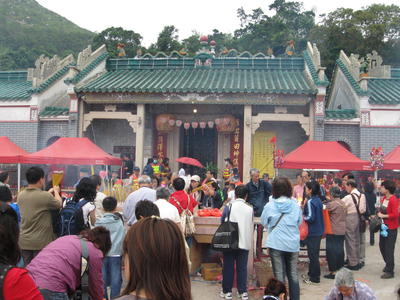 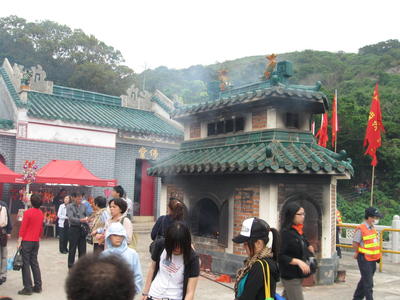 The locals were shopping. Roosters were especially popular… 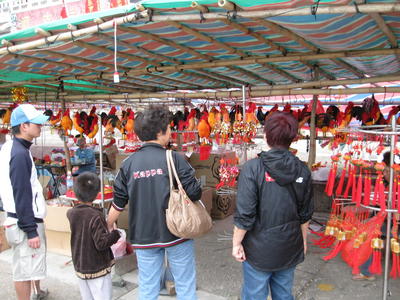 There was this one kid that just kept on dancing with his rooster for about an hour all over the place. His mother seemed very proud, encouraging him while filming the whole thing. The contrast with the odd looking foreigner seemed especially amusing to her. 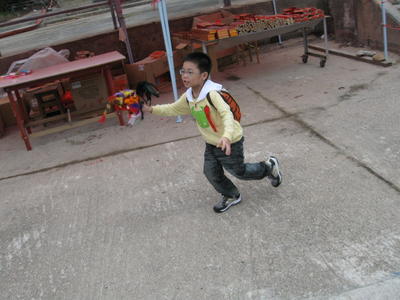 I found it surprising just how traditional some Hong Kong people are and realize that there are actually some striking similarities between the Taiwanese and Hongkongese when it comes to Taoist worship. 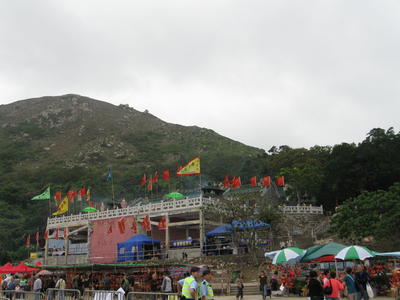 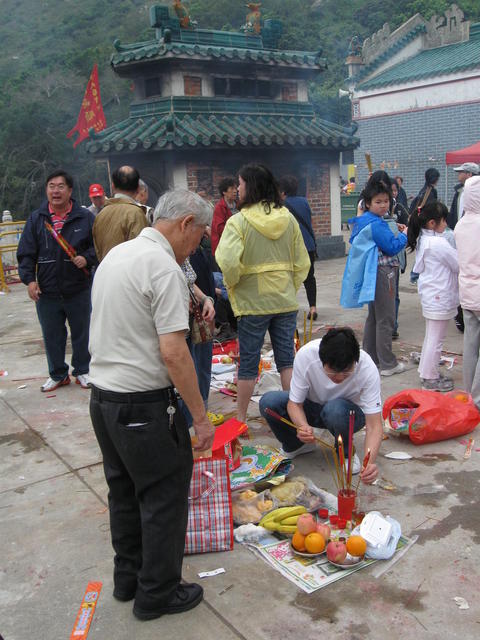 Beautifully decorated boats were constantly docking into the harbor. 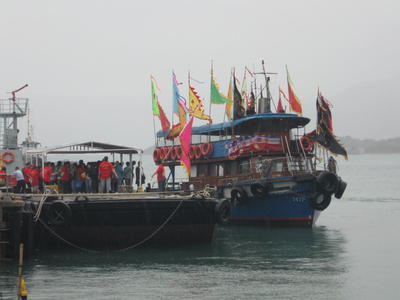 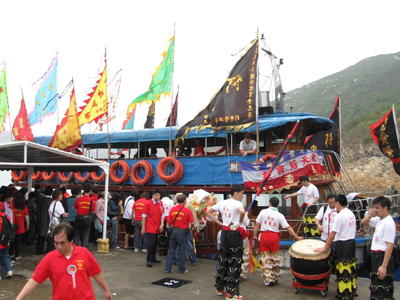 Hong Kong isn’t all about fancy cars and expensive suits living the urban hectic life in modern skyscraper monstrosities. Tradition, religious worship, and nature are the other more compelling part of living in Hong Kong, at least to me – thank (Matsu) God. Beautiful.