Last Christmas eve, I found myself stopping over at Phoenix Arizona with some time to visit some of the local attractions. But, being Christmas eve, the city was dead quiet and so all the places I visited were completely empty, with me being the sole visitor. When visiting the Rosson House Museum at the Phoenix Heritage Square I got a private one hour tour by the local guide taking me through the house and explaining everything about the house. Truth be told, I am not one of those people who likes private tours, I don’t like the commitment and I keep feeling like I am either wasting the guide’s time (as I’m honestly not always interested in what they have to say) and that I need to somehow entertain them back by atleast engaging them in the conversation they seek to break their routine. It’s especially intense with American guides whose jolliness and friendliness often seem too much for me to handle. This particular guide was excited by the fact that I know something about Judaism and have ties to Jerusalem, as the house we were touring was once occupied by a Jewish family and there were all sorts of Jewish symbols around the house (like the Hannukiah) during a time of year that was both Christmas and the Jewish holiday of Hannukah. But, all in all, my issues with religious and ethnic affiliations aside, it was an interesting tour, and I was very grateful for the guide’s enthusiasm in trying to entertain me by making it more personal. 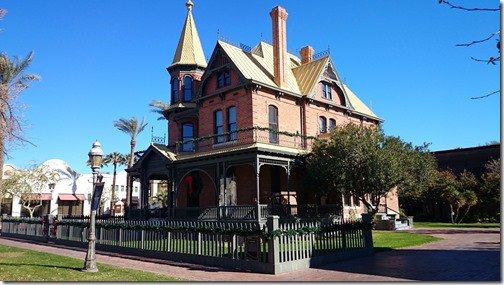 Built during a Phoenix housing boom in the 1880s, the Rosson House stands on land that was first purchased for one thousand dollars by Flora Rosson, wife of Dr. Roland Lee Rosson, a medical practitioner. Construction was completed in 1895. Governor Hunt came to refer to the home as “the half way point” between his house and the capitol. After changing owners and styles several times, the Rosson House was purchased through community donations by the City of Phoenix in 1974 with the goal of restoring it to its original grandeur. Today, the Rosson House stands as one of the eight historical homes that comprise Heritage Square in Phoenix.

Why is this interesting? Because Rosson was the mayor of Phoenix. Wikipedia has some of the Rosson family background:

Dr. Roland Rosson came to Phoenix in 1879 where he established himself as a general physician and surgeon. Rosson practiced medicine on and off in Phoenix from 1879 until 1897. In addition to his career as a physician, Rosson was also involved in politics. […] On May 7, 1895, Rosson was elected Mayor of Phoenix. He served as a Democrat in this unpaid position along with four Republican councilmen. Rosson’s position as mayor was short lived. After difficulties with the city council, he resigned his office on April 6, 1896, before his term was over. Rosson appears to have stayed active in the political scene in Phoenix and his name appears in multiple issues of The Arizona Republican newspaper.

Apparently, the house also a unique architecture which the guide will probably go into in detail at the beginning of the tour which starts in front of the house.

Shall we go in? 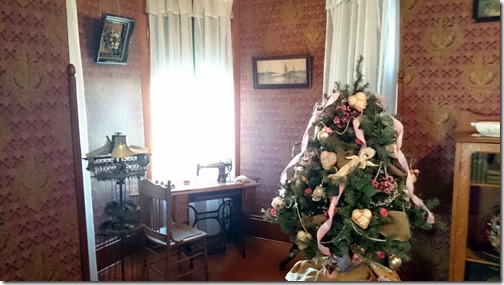 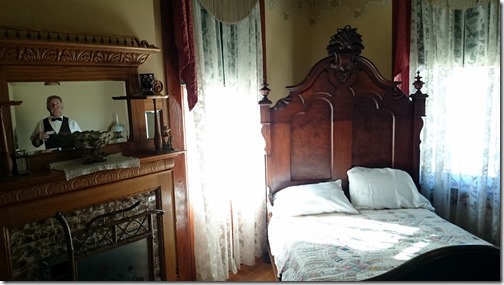 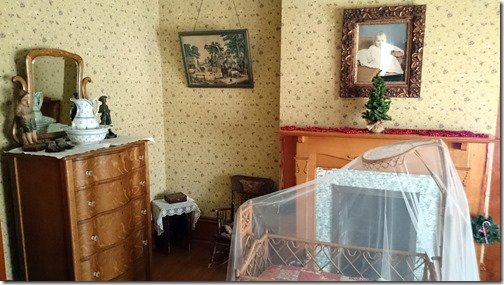 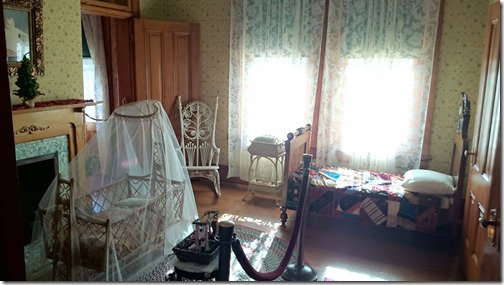 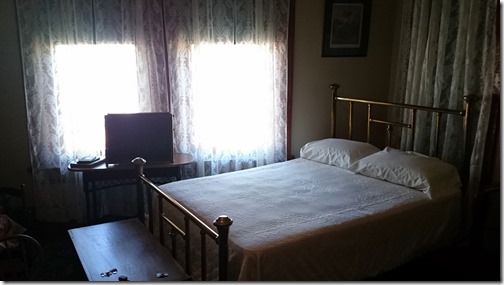 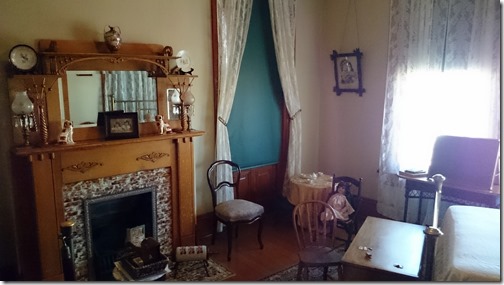 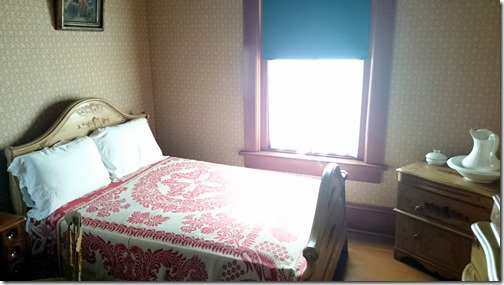 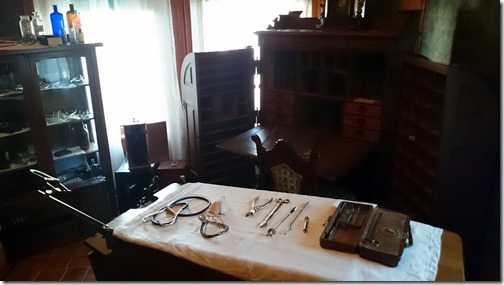 And what’s that over there in the corner? Yep… 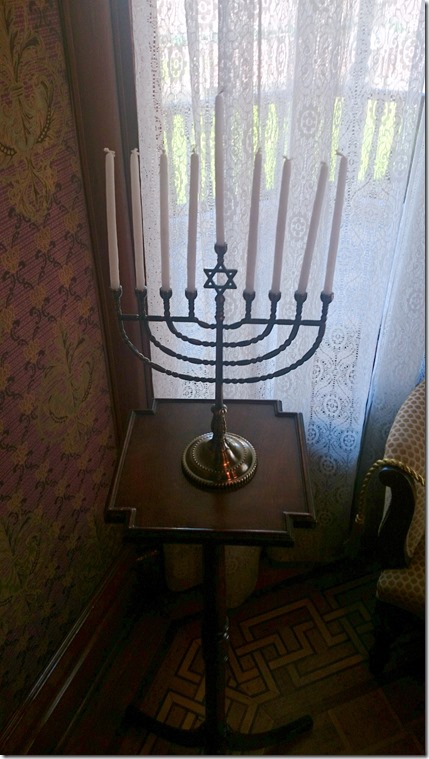 But, wait, what’s on the other side of the house? Hmm… 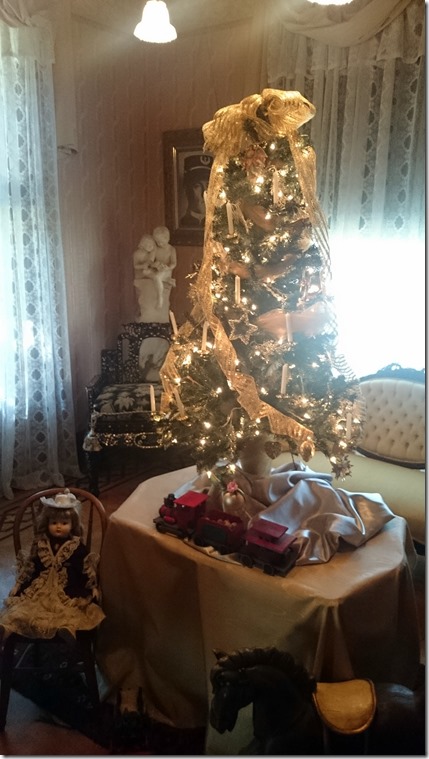 Whether you’re Jewish or Christian celebrating Hannukah or Christmas, the Rosson House will have something for you.

You can combine the visit with the other wonderful Phoenix museums at the Heritage Square.